A new visit that I’ve recently paid to Da Boom in Second Life led me to think of a certain way in which we, SL residents, commonly experience some traditional forms of art: by recreating them in a 3D environment and interacting with the pieces that we build. 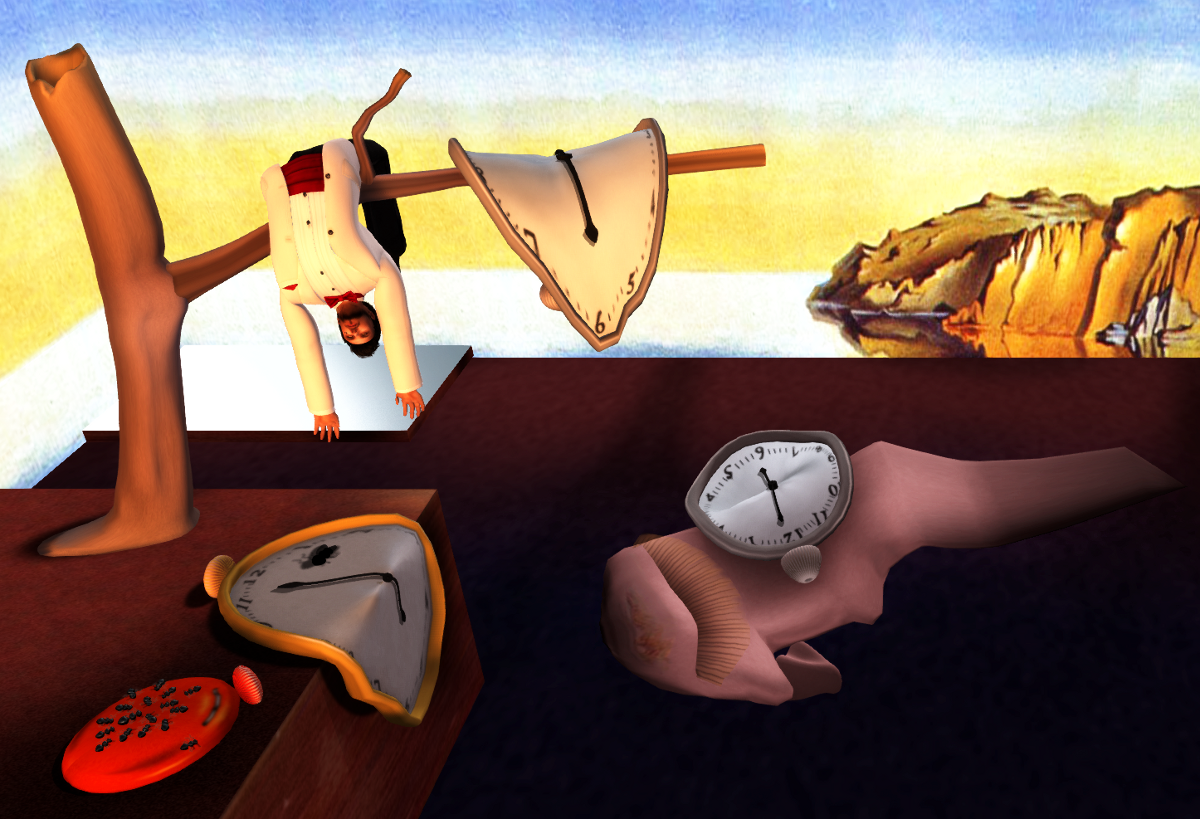 As I said, this particular journey started at Da Bom, the very first region in SL, where we can see a 3D reproduction of Salvador Dali’s Persistence of Memory (which can also be found and bought at Voodoo Instruments). Actually, we can do more than just see it: we can be part of it, we can add ourselves to the scene before us. 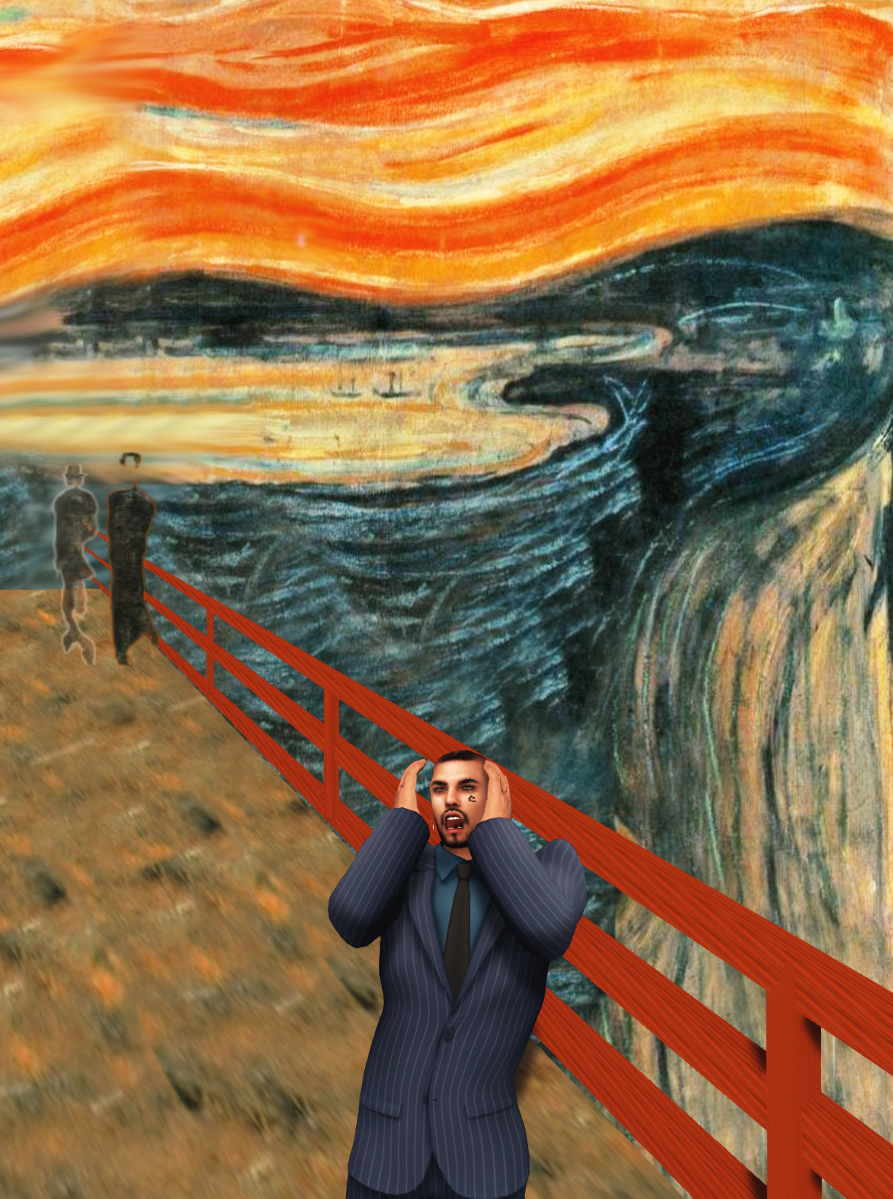 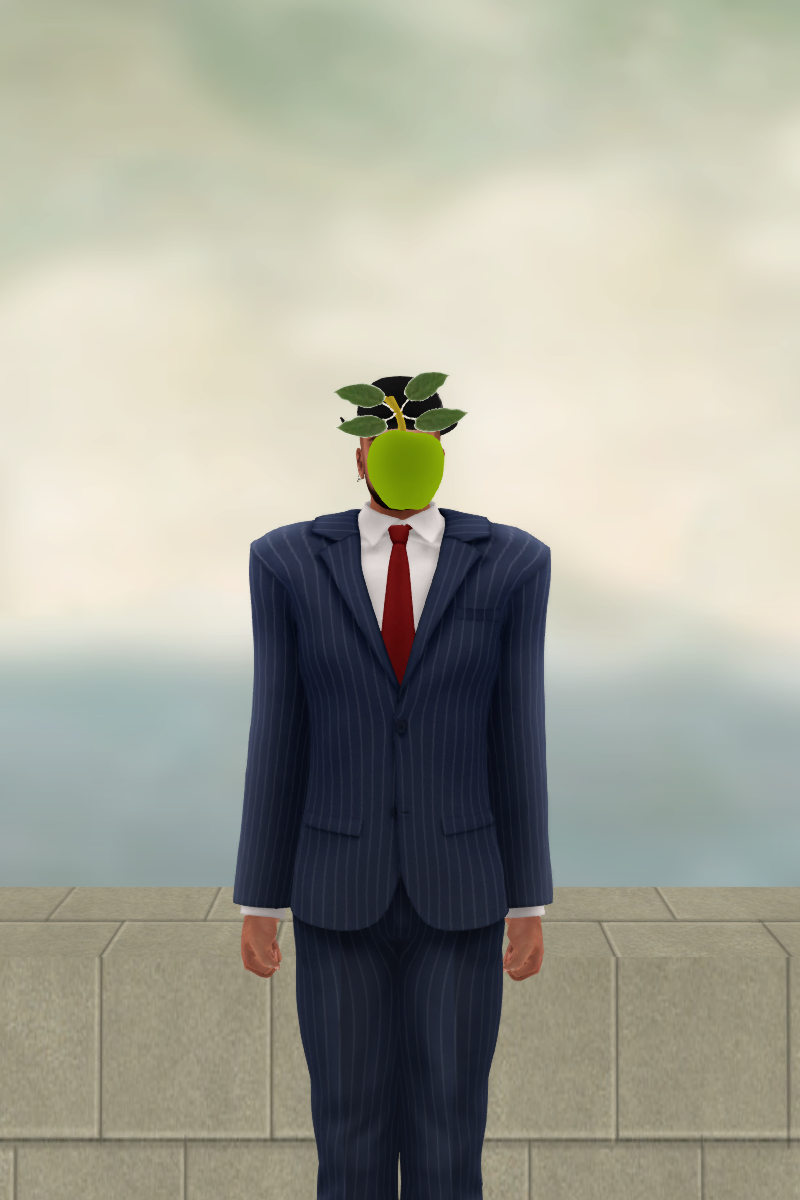 Whose son? (inspired on Magritte’s “The Son Of Man”)

This is not uncommon in SL. For instance, AM Radio, one of the most well-known artists that have inhabited in Second Life, has already showed us his reproduction of the famous painting The Death of Marat, as we can see on this Flickr group. In AM Radio’s version of Jacques-Louis David’s work, our avatars could be part of the scene, replacing Marat in the bathtub where he was murdered.

As far as I know, The Death of Marat in SL is gone. Nonetheless, there’s at least one place in Second Life dedicated to recreating different art works in 3D and allowing residents to interact with them: it’s called Art Box and we can find it at Klaw. With the help of Frankie Rockett and Violet Sweetwater, it brings a set of works from different artists. You can rez the piece that you’d like to see and jump into it, in order to be part of the composition. Then, if you’d like to, take your pics and add them to The Art Box group on Flickr. You can see great pics there. 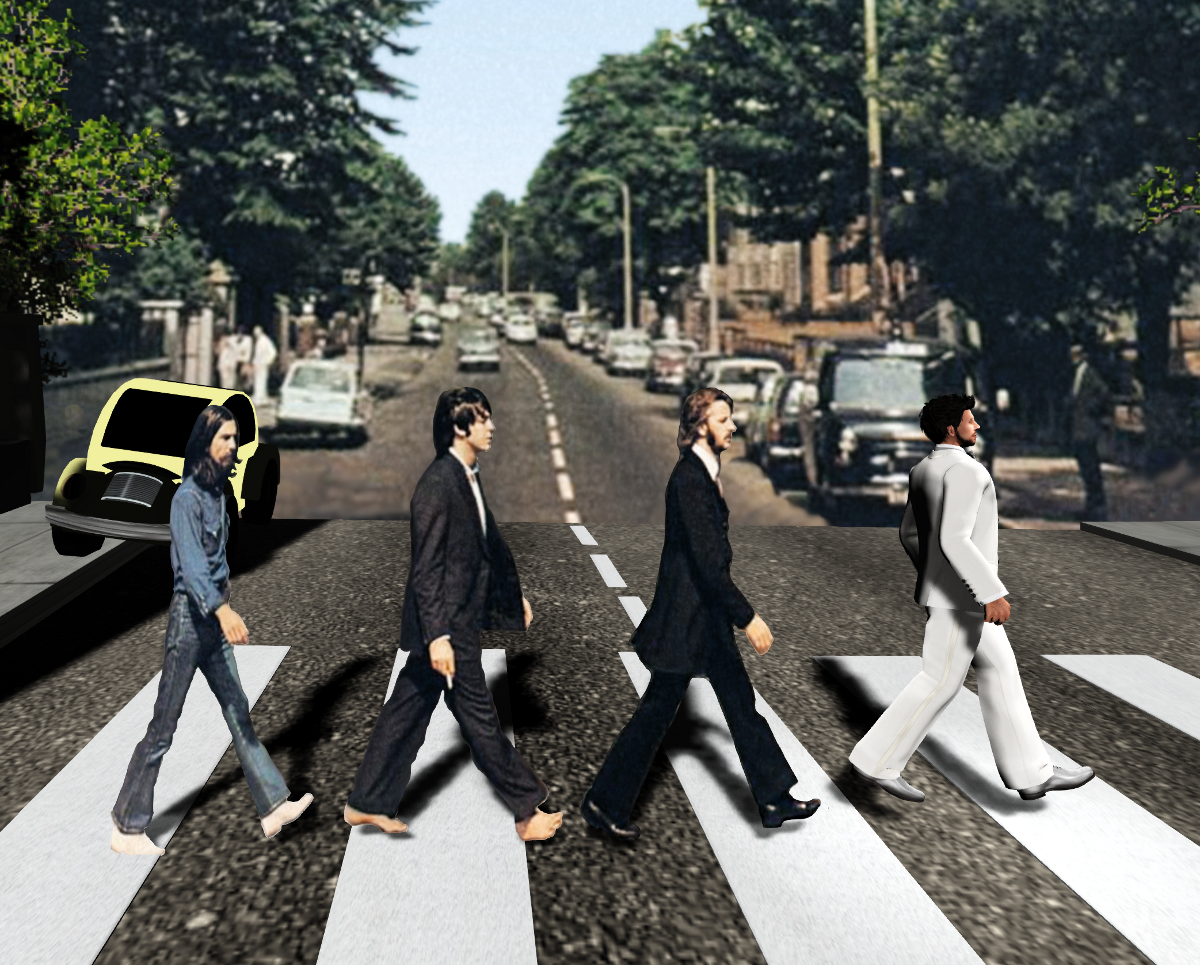 I was the walrus (after the Beatles’ album Abbey Road)

Through the recreation of a 2D art work on a 3D environment and the interaction with it, SL residents have been replicating what the 3D world itself does with the flat screen before them: they add a new dimension to it, and I’m not referring here to a metaphoric dimension, but to a physical – though virtual – one. By doing this and participating in the art piece, they also create new meanings. 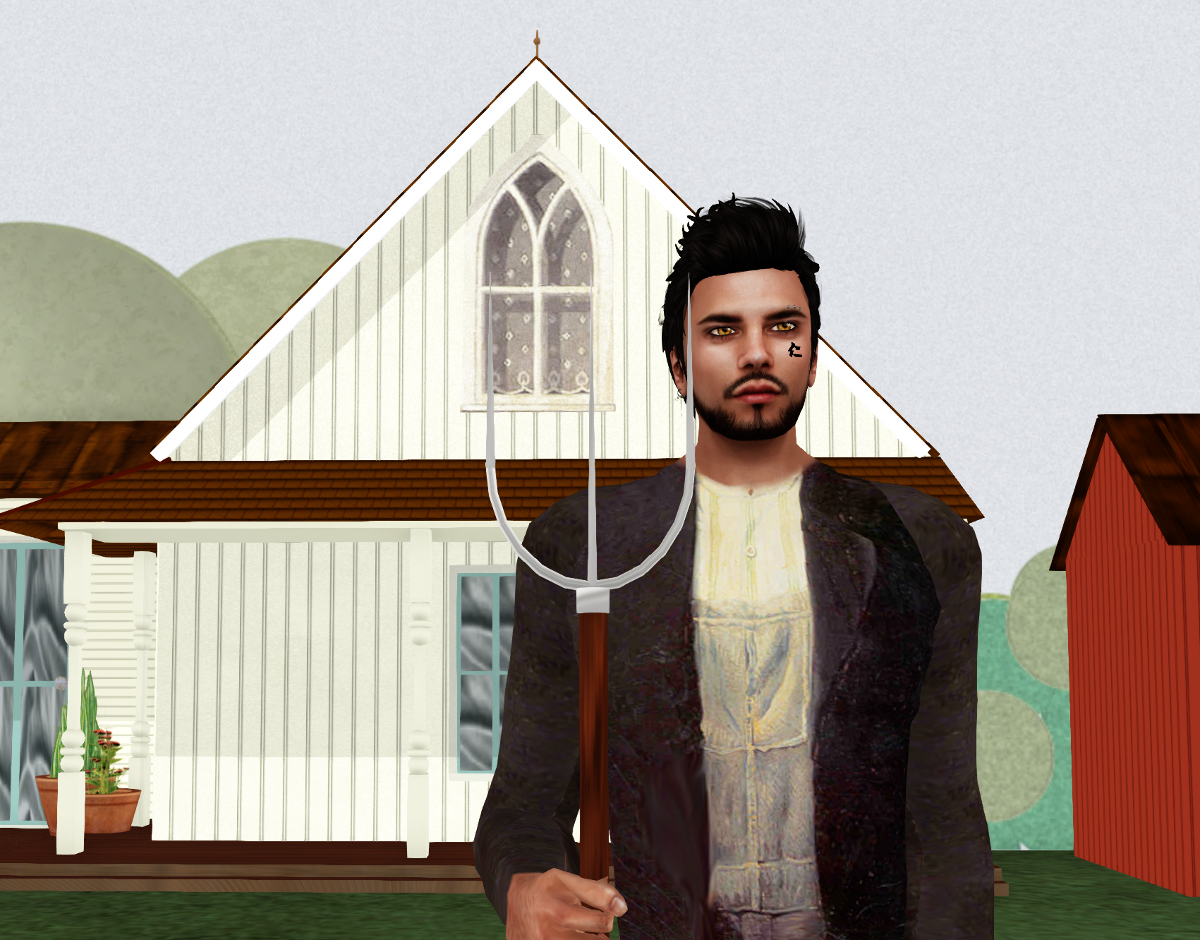 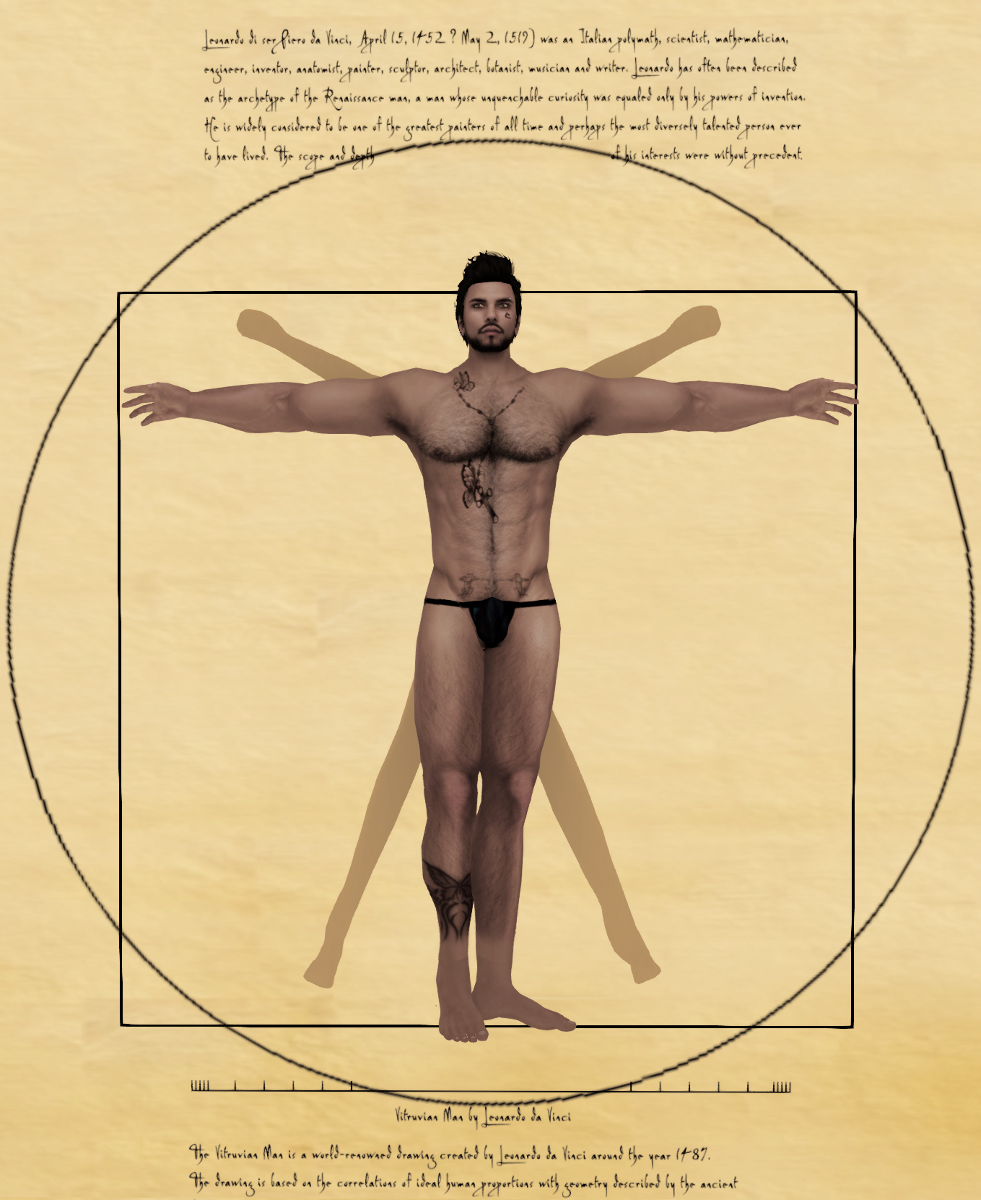 As I see it, Art Box, as other initiatives of the same nature, is not a way to “improve” the great master pieces which inspire the scenes you can rez there. Also, it’s not meant to reproduce them in detail (if it is, it fails, because it’s not always possible to get the right angle to make the picture match the exact perspective of the original work). What Art Box does is to make possible for us to be part of the art work and to contribute to it with our own visions – for instance, by creating an American Gothic scene without the woman painted by Grant Wood, or by appearing as angels in all the scenes we rez, or by being a lonely soul in Edward Hoppe’s Nighthawks diner. 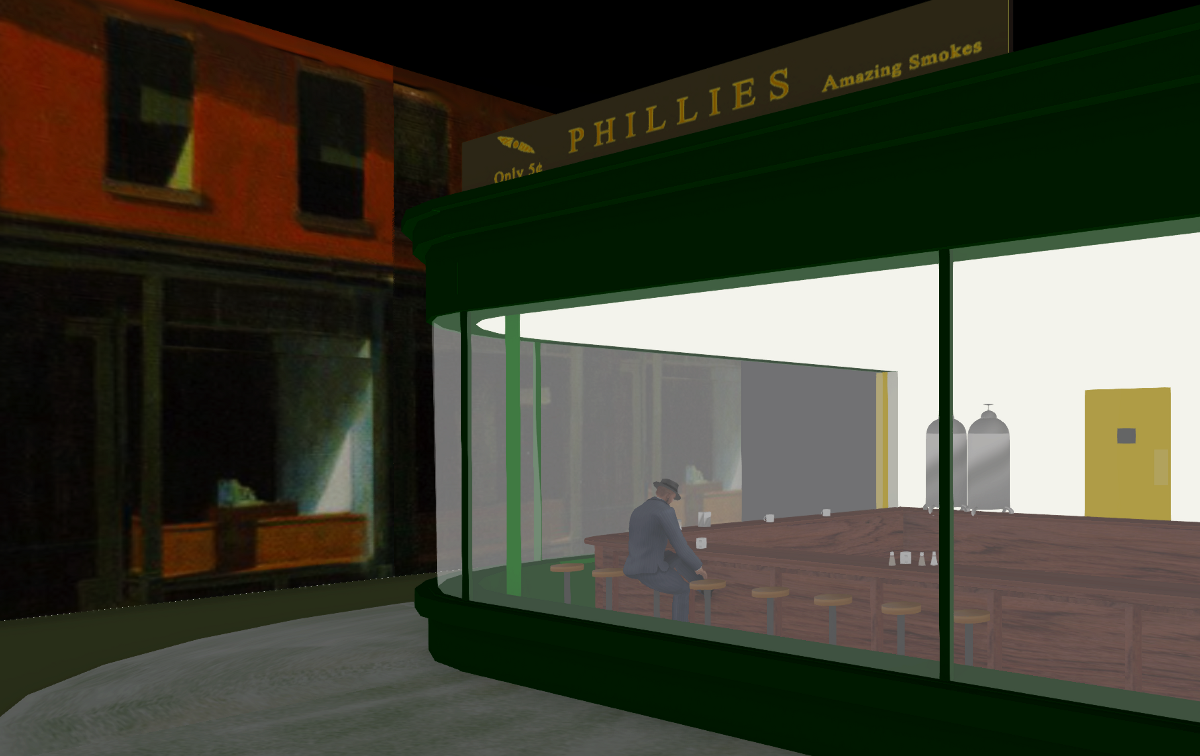 How you will appear on the scenes is up to you. You can just try to reproduce the feeling you get from the original art pieces or you can modify their meanings, as you prefer. If you like this kind of interaction, Art Box is a place where you can have great fun. 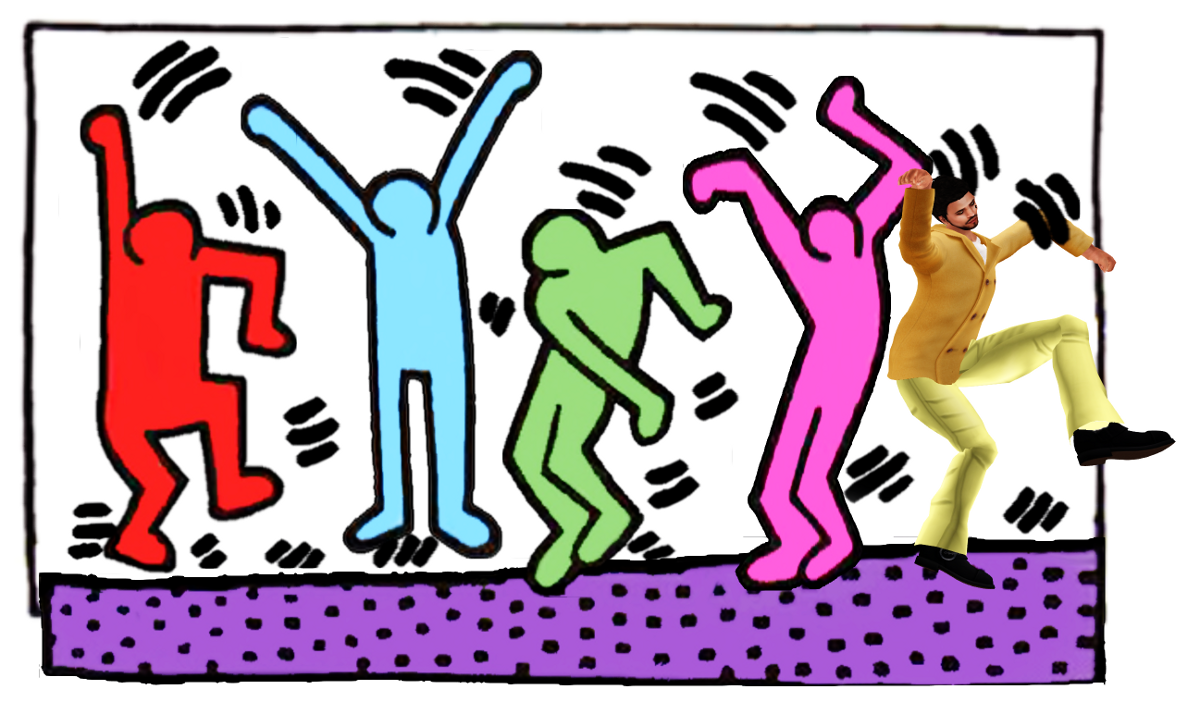 Becoming the yellow man (after a work by Keith Haring)