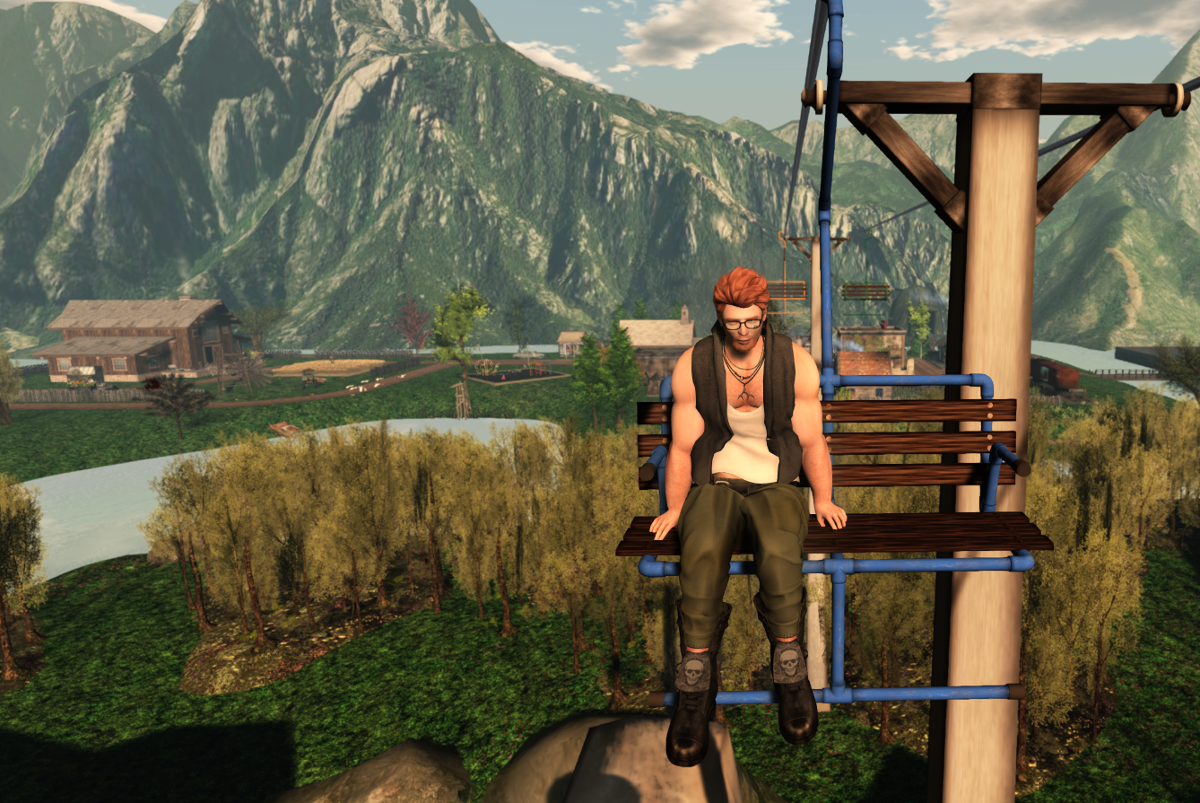 Ricco going all the way up the chairlift

At times, my journey in Second Life takes me back home – which is great: after all, home is the place we build for ourselves. And what motivates me to write about the sim where I live, now, is one of those marvels of SL: technology for reproducing physical aspects of the atomic world (or of real life, as some like to call it). 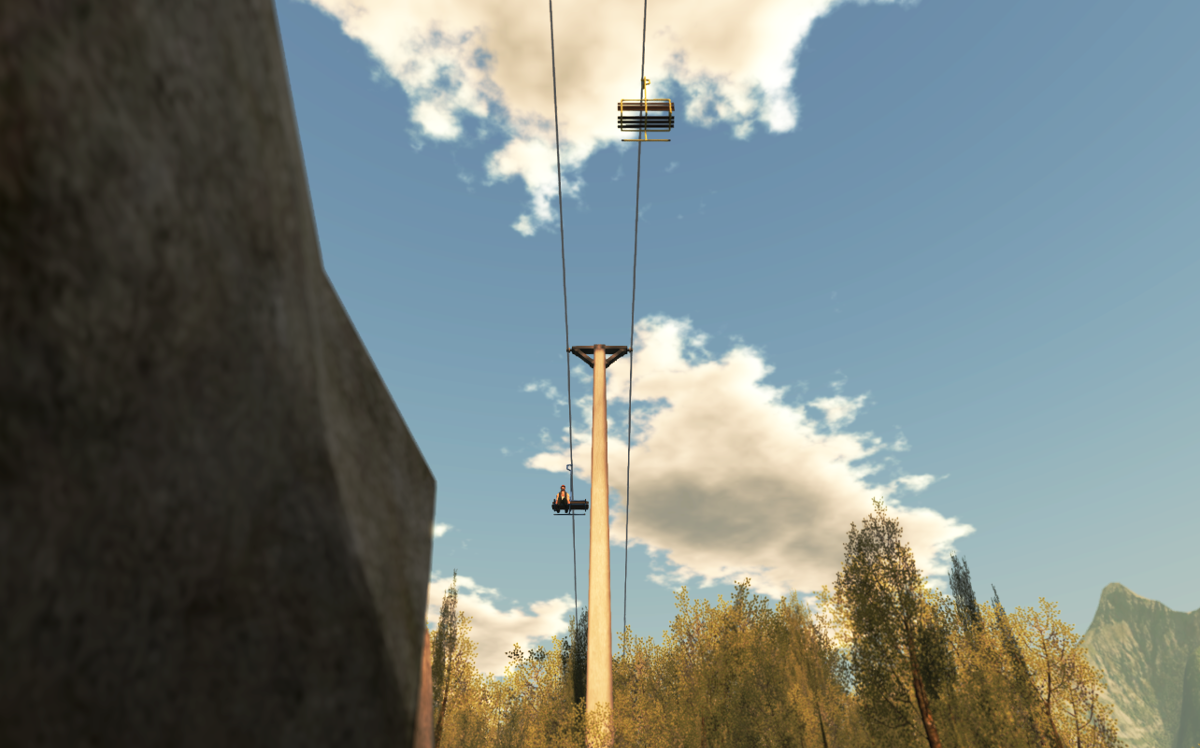 The chairlift seen from the ground

A while ago, my partner Randy and I saw a chairlift kit and thought it would be interesting for the sim we share with our amazing neighbors. It was too prim consuming, though. I felt a bit frustrated at the moment, but it was not important. Nonetheless, it was touching to see how Randy made an effort, since then, to build our own chairlift system. I won’t assume it was only for compensating my frustration – of course, he got fascinated by the idea as well and he loves to build stuff. Still, for all that, it was beautiful! I helped him texture the whole thing and the system works perfectly. 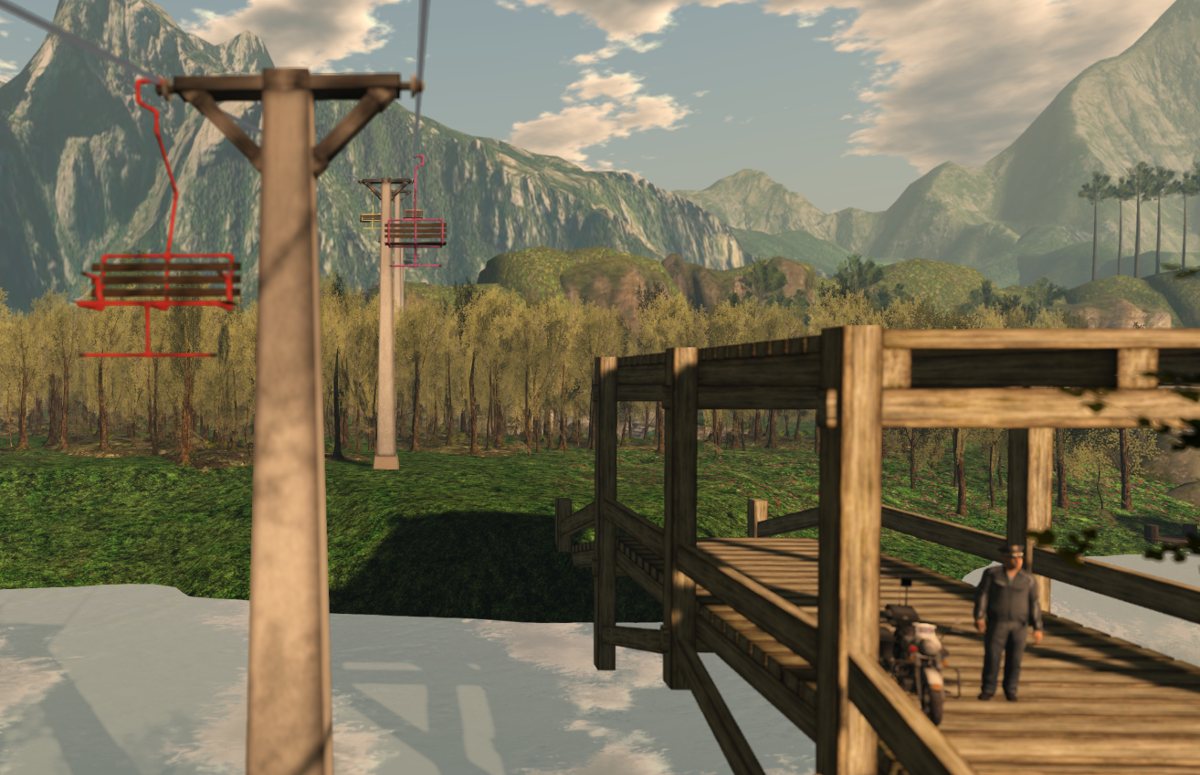 The way up in perspective

Even if, in SL, we can go beyond the atomic world constraints, part of what fascinates us in a virtual world is its capacity of simulating properties of an authentically physical environment – or, more precisely, of the authentically physical environment that we actually know. That’s why, despite being able to fly to the top of the mountain where our lift system takes us to (which is a great sightseeing point, by the way), I will sometimes choose to go there on our chairlift. You know, boys and their toys. 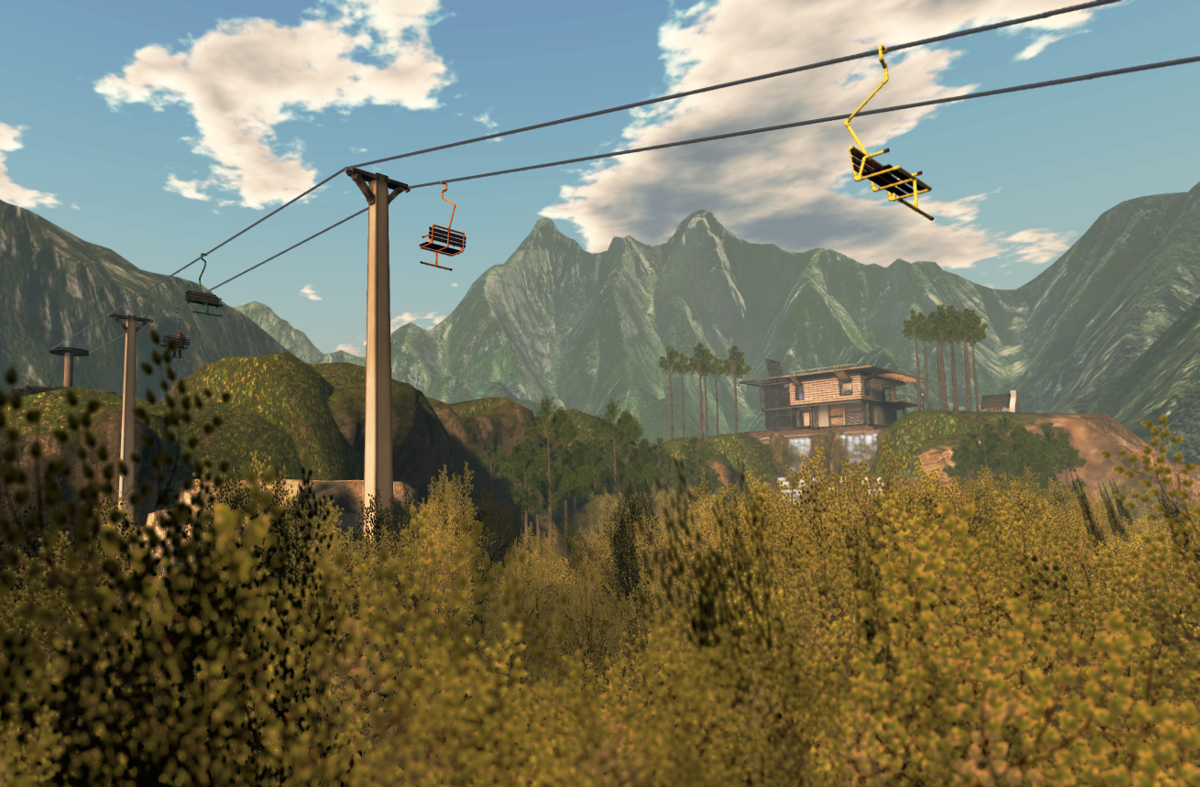 Of course it is fascinating to see how we can dominate technology so much to the point of reproducing the properties of our world in a virtual environment. Now, going away from the chairlift a bit, it would also be great to see in SL properties of worlds actually described by physics but kept hidden from our eyes: the ones of special relativity or quantum mechanics. To a certain extent, one could say teleportation is part of that – but what other properties of those physical theories could be found in Second Life? I hope my journey will tell me.

Meanwhile, all my readers are invited to visit our chairlift in Brazen Fair Ends and Annexe Lieu Rim, in Herz. And spread the word if you like! 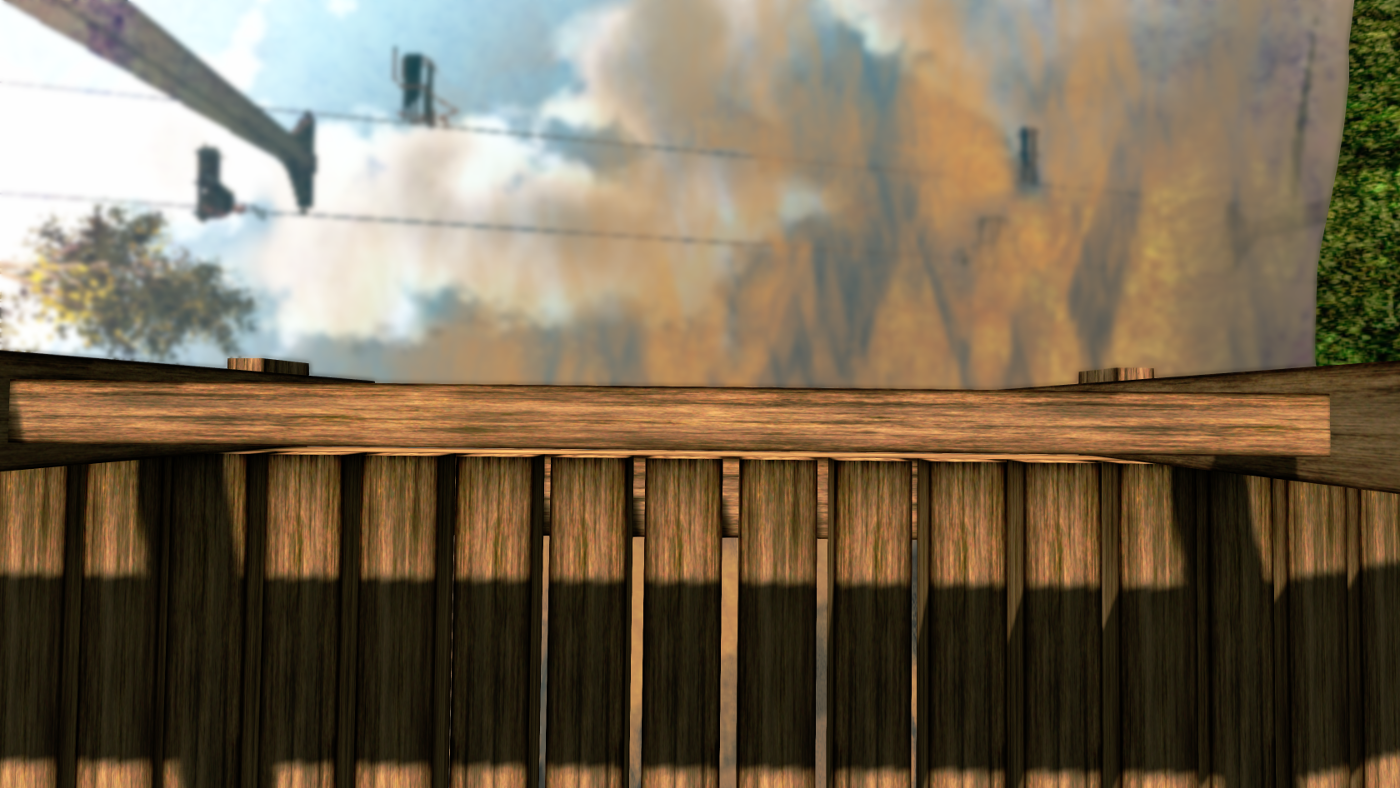 The chairlift reflected on the waters of the river