On the 50th anniversary of the Stonewall Riots, the biggest LGBTQ+ pride celebration in Second Life, which is about to start, is announcing some important and exciting changes aimed at reinforcing the gay community bonds in SL. Second Pride will run from June 14th to June 23rd (and you can check their full schedule on their website), but, from this year on, the sim that hosts the celebration will be open on a year-round basis, with different events and meetings, and will also become a gateway for new SL users. 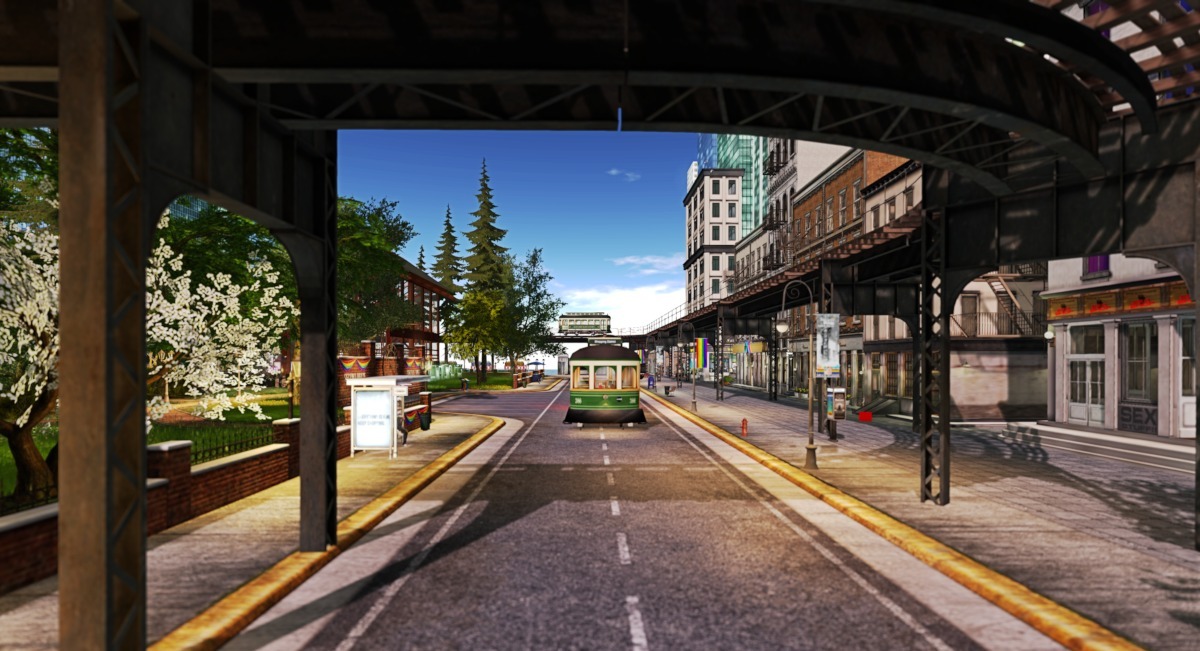 A street in Second Pride, with buildings by Schultz Bros.

Second Pride’s sim has been totally revamped – which is not really unusual, since it would normally change from one year to the other. This time, though, it was turned into a city that has grown around a park, with buildings donated by Schultz Bros., from its Old NYC collection. 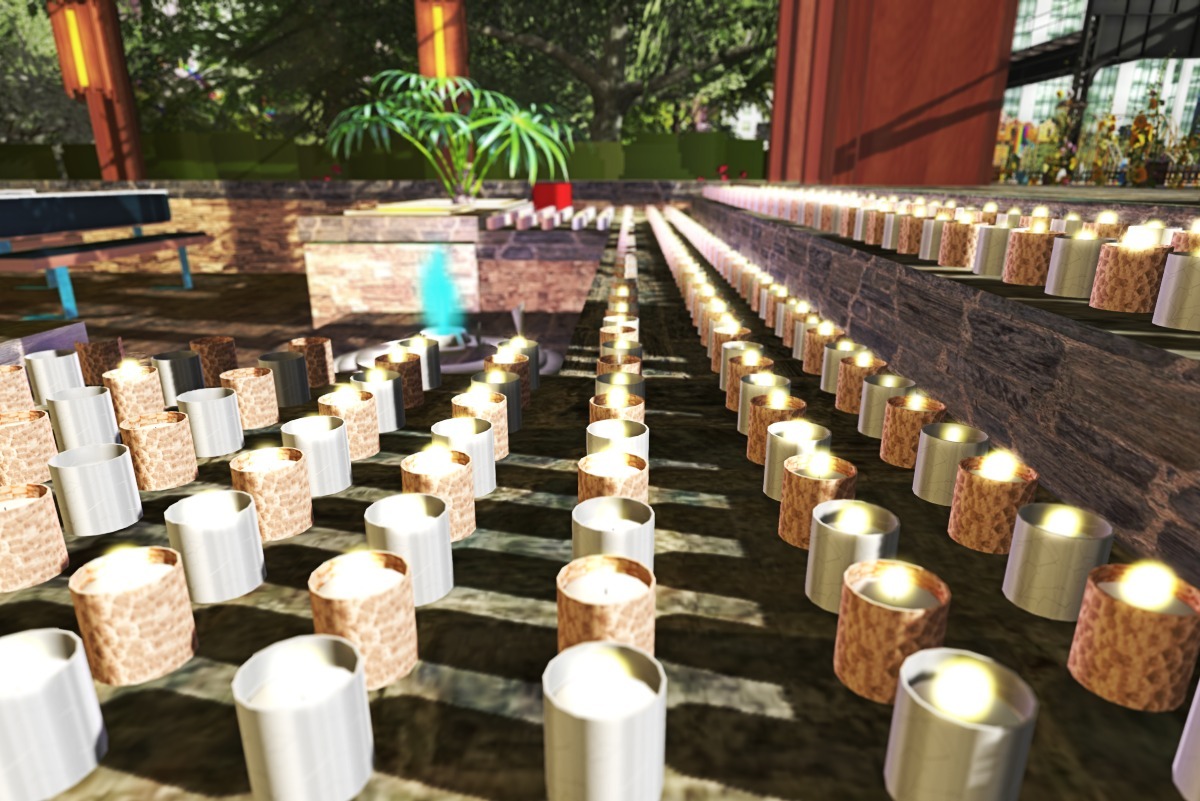 The memorial: remembering our beloved ones

The park holds the stage for the main parties and events in Second Pride. It is also where we can find the traditional LGBTQ+ community memorial, a place to remember and pay homage to our beloved friends who have passed away: they have all helped to foster a welcoming, friendly community where we could grow this feeling of belonging in SL. 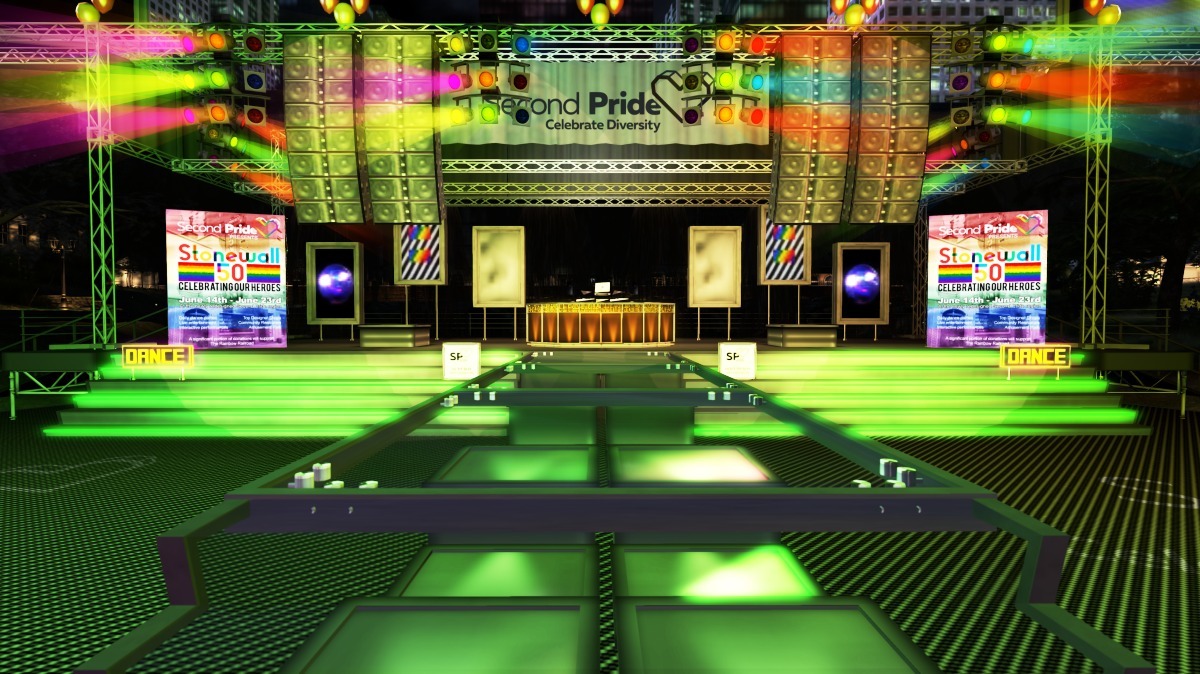 Stage for the main events

The idea of helping new residents, and especially new LGBTQ+ residents, find a welcoming community in SL is also what inspired Second Pride to engage in the Community Gateway Program. Second Pride’s area for new comers is built as a construction site, where some tasks are proposed, in a way that one can learn the basics of Second Life’s controls and functions. And when they complete the tasks, they are in the middle of a gay community sim that works as their entrance to the vast SL grid. 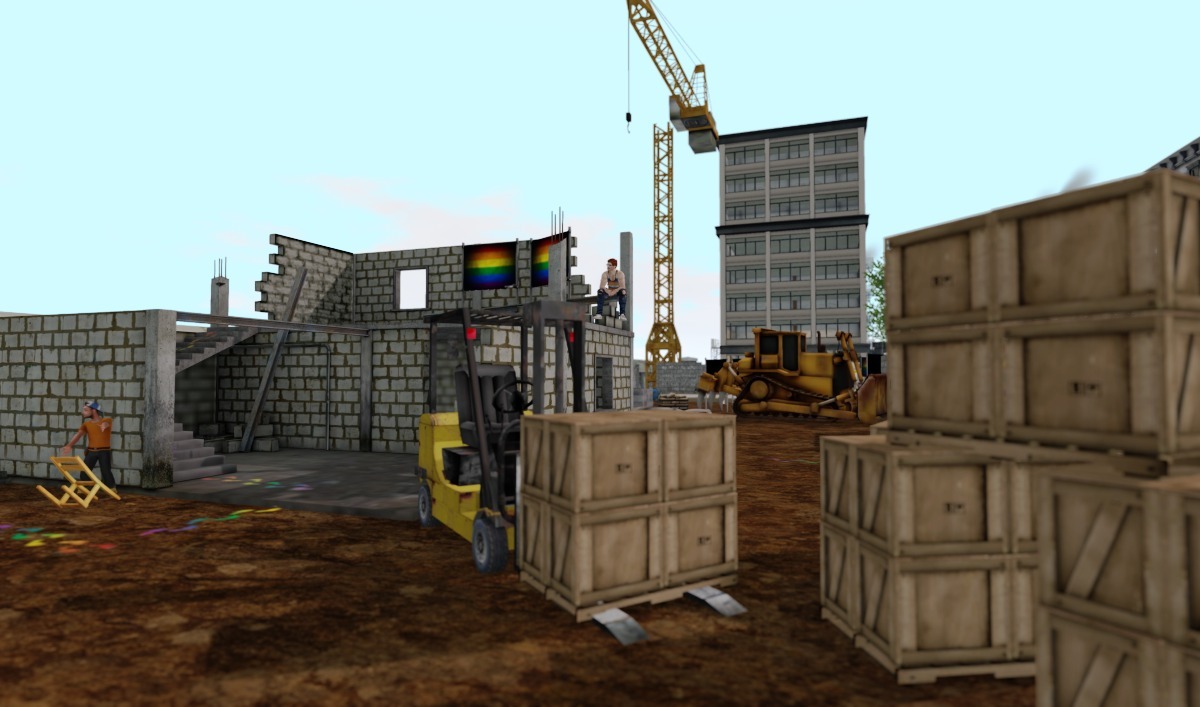 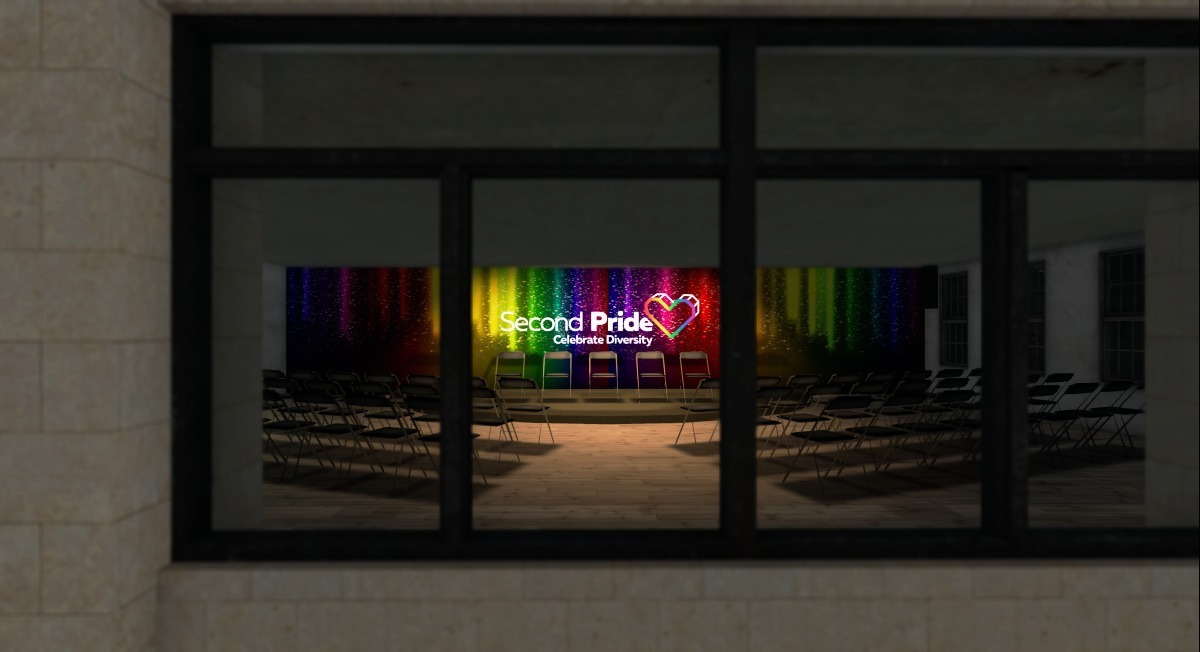 I confess there’s an aspect of Second Pride that I’ve always had mixed feelings about: the fact that it’s also a shopping site, with stores here and there. Recently, I’ve seen a tweet that summarizes what I feel about it: “Remember: Pride is a riot, not corporations selling our identities back to us!” Still, in Second Pride, the idea is that those stores are contributing with donations to organizations that assist LGBTQ+ people in real life. This year, donations will go to Rainbow Railroad, an NGO that helps lesbian, gay, bisexual, trans, queer, and intersex persons who live in danger in different countries all around the world – in most cases enduring psychological and physical violence – to travel to places where they can live their lives in freedom. 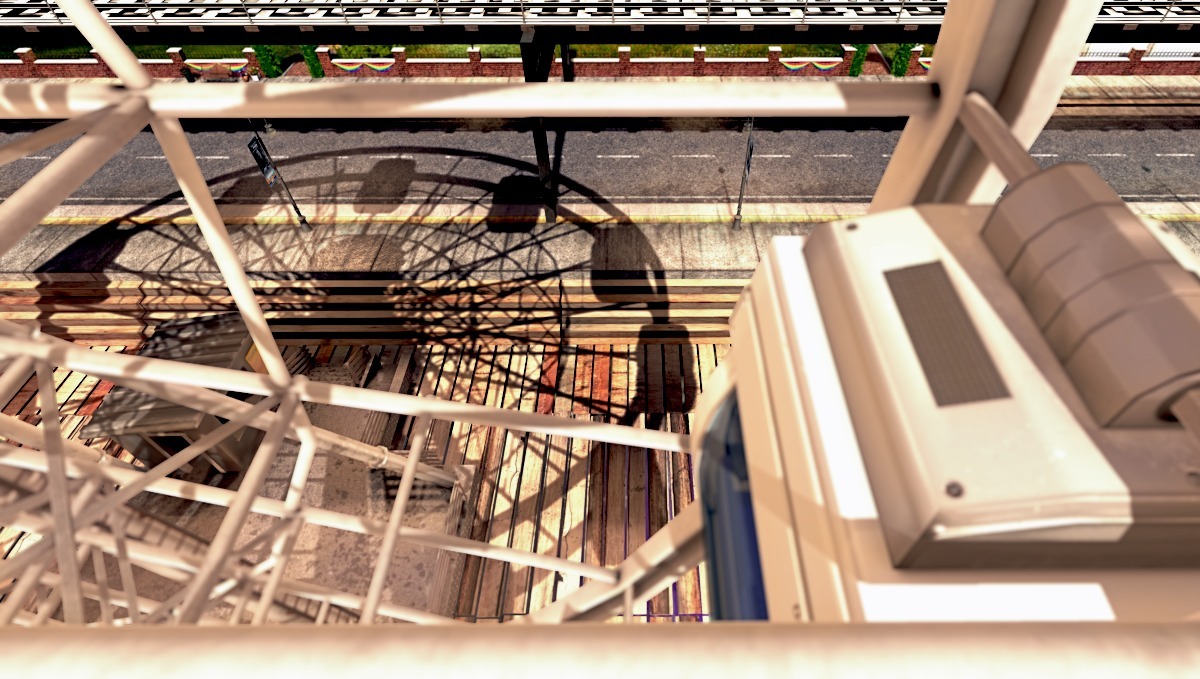 View from the Ferris wheel, at the amusement park 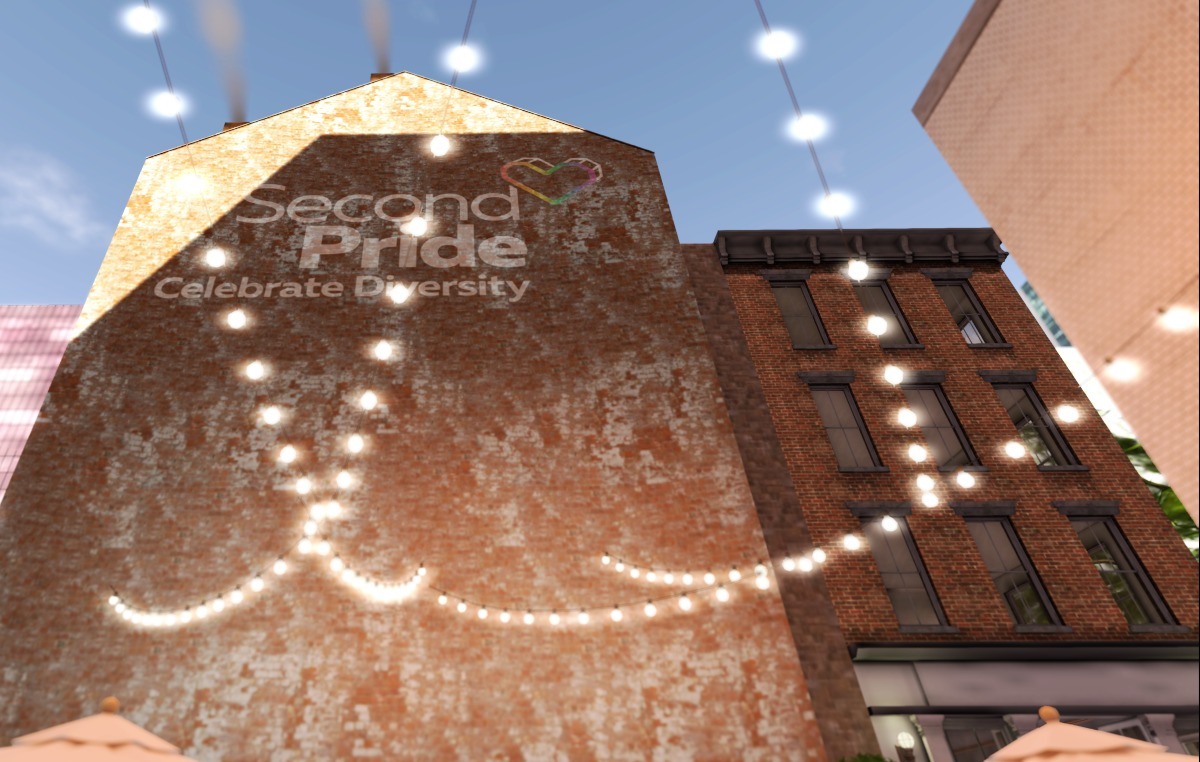 The sim will also have other attractions, such as art galleries (yes, more than one, it seems!) and the already traditional amusement park with its Ferris wheel, its roller coaster and a merry-go-round.

Second Pride is definitely a place worth visiting – and especially, but not only, during the community’s event, from the 14th to the 23rd of June – and, with this year’s changes, I hope it may work as a reference site for the LGBTQ+ community in SL, on a year-round basis. 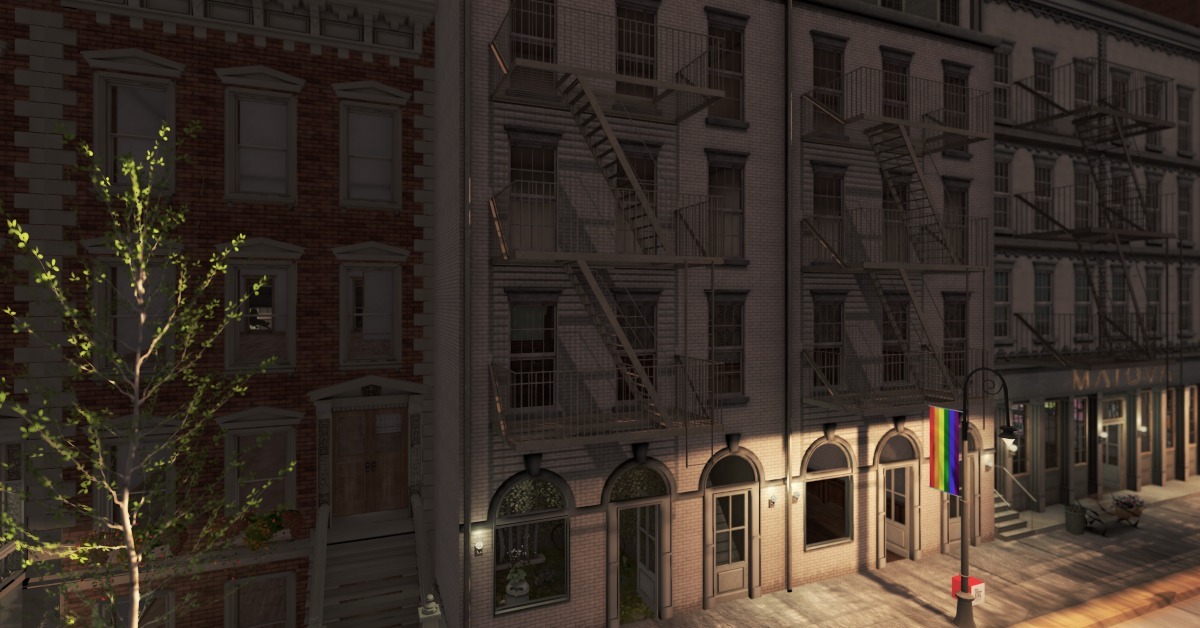 The sim at night

5 thoughts on “On the 50th celebration of the Stonewall Riots, Pride takes a major step forward in SL”