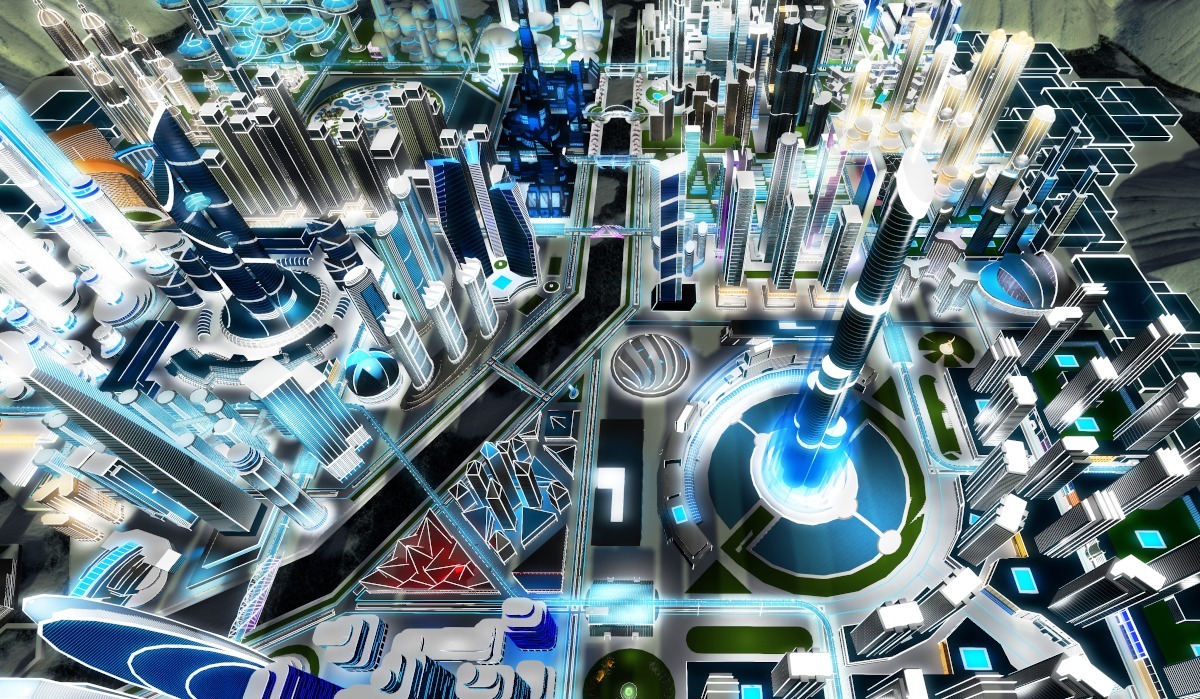 Skyscrapers: a sim made larger by a scaling magic

Do tiny skyscrapers make sense? Well, that’s exactly what artist Gem Preiz has built in Second Life: small massive buildings which are not scale models, even if they are just virtual. Those wonders, forming a somewhat futuristic cityscape, can be seen in his installation Skyscrapers, which invites us to think of scales in the virtual world while we travel in an immersive environment. 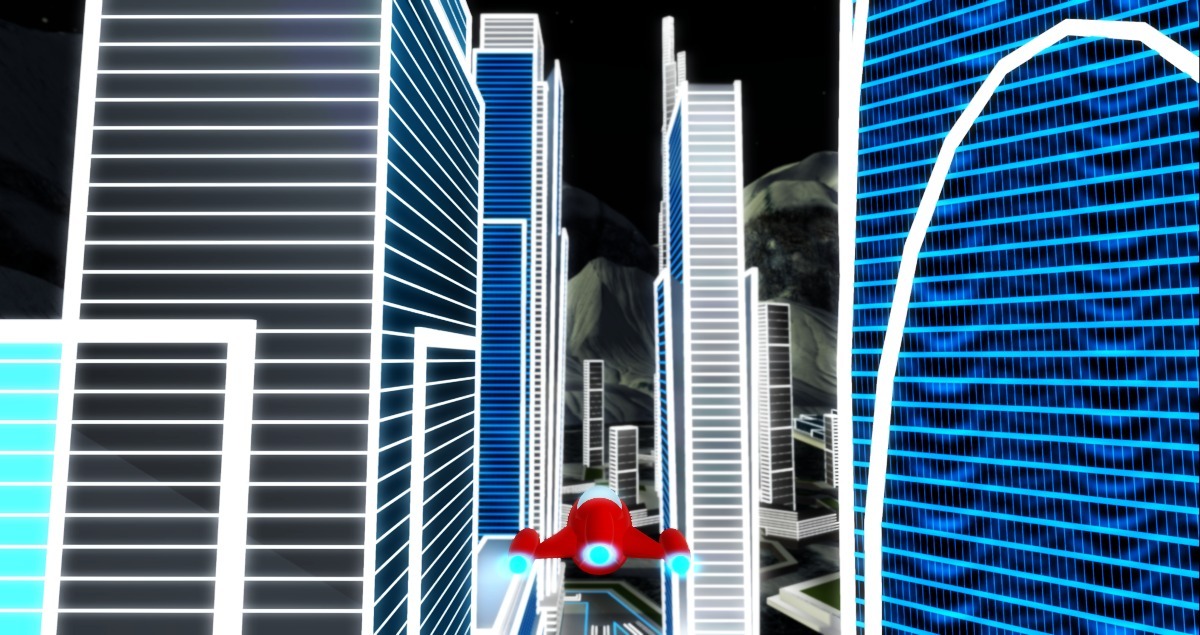 A big plaza in the sim

Although this post is about size (no, I’m not a size queen, hehe), it’s worth mentioning, first, that Gem Preiz’s installation is linked to what he calls his “fascination for the skyscrapers, modern cathedrals which are, like those of the past, the synthesis of all the techniques of their time, dedicated to the collective aspirations of their builders”. Those words can be read in a very instructive notecard by him given to visitors at Skyscrapers’ landing point. 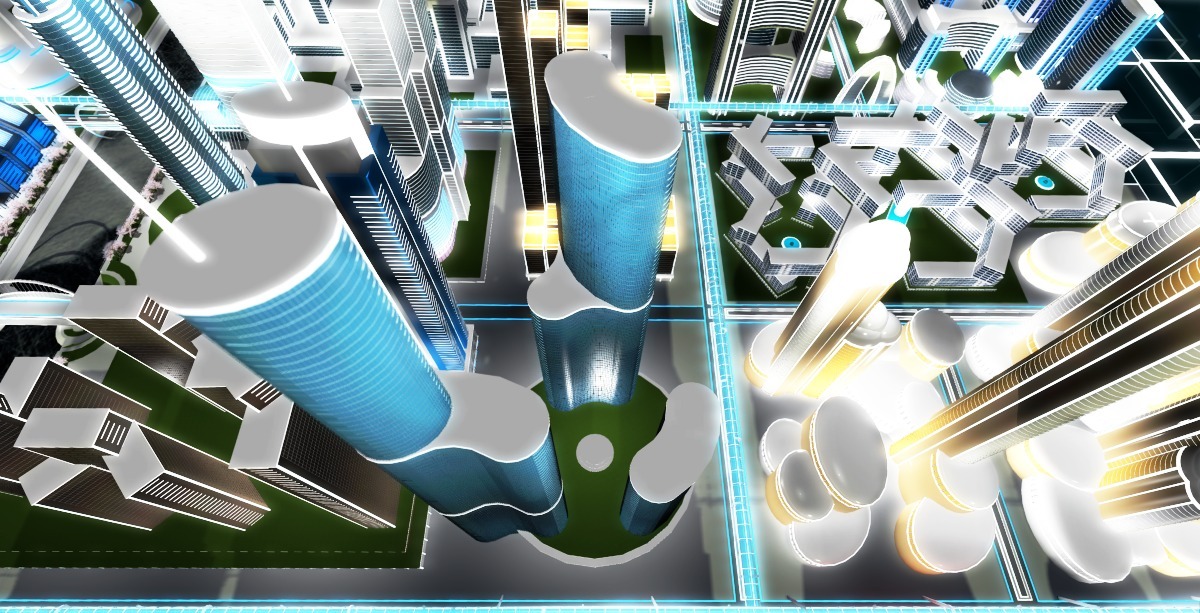 Some buildings were inspired by real life ones, such as the Lodha World Towers, in Mumbai 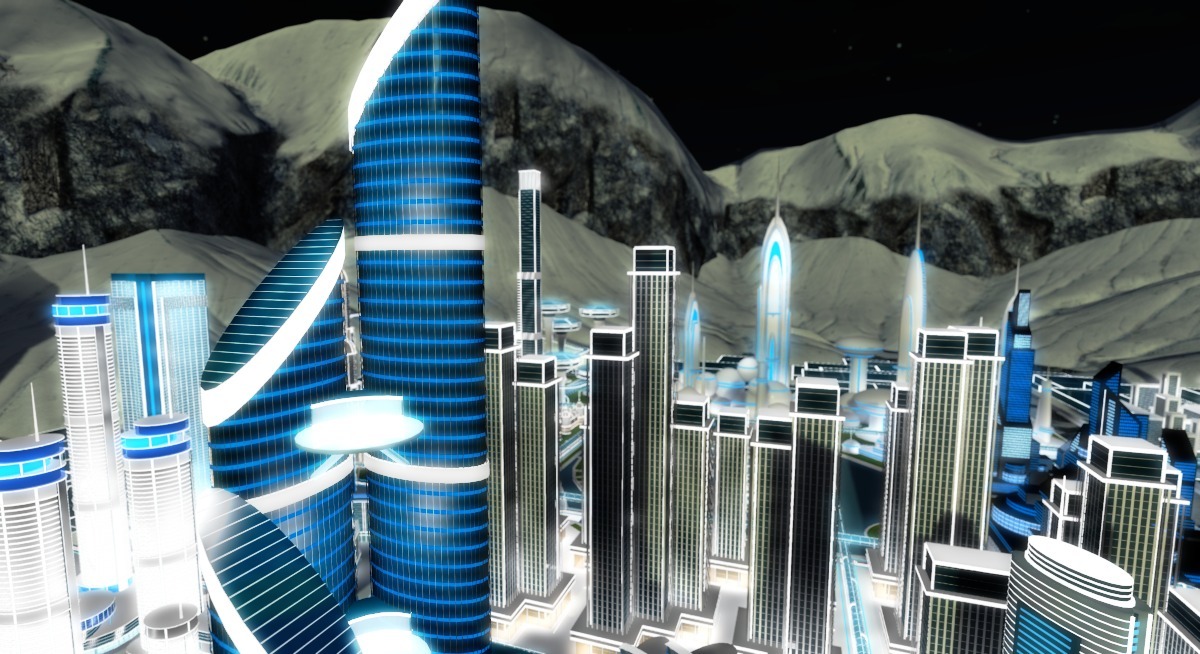 The Bride Tower was never built in real life, but inspired Gem Preiz

The artist clarifies that some of the virtual skyscrapers are actually inspired in real life projects, such as Bride Tower, planned at Bassorah, Iraq, and actually never built; The Interlace, in Singapore; Geode, in Paris; Lodha World Towers, in Mumbai, and a number of buildings which are all listed in the notecard. Other items are built out of the artist’s mind. In any case, they are all mock-ups – or, more precisely, representations, in the sense that they are not full architectonic projects, for they have no interiors, it’s just a matter of building a cityscape with them. 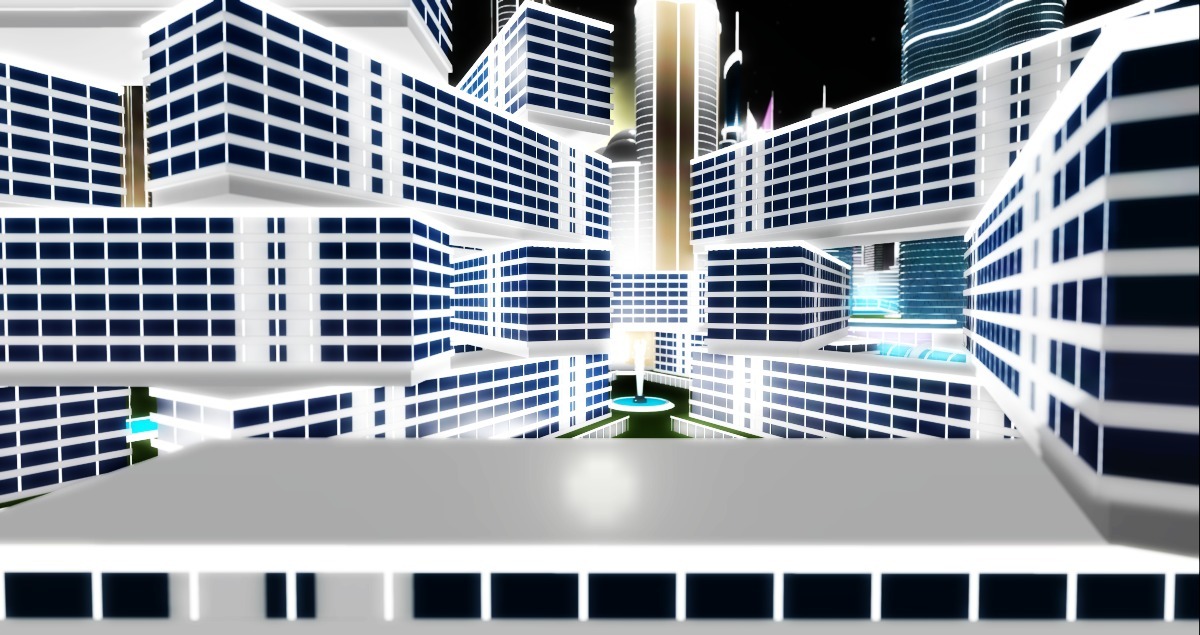 A virtual building inspired on The Interlace, in Singapore 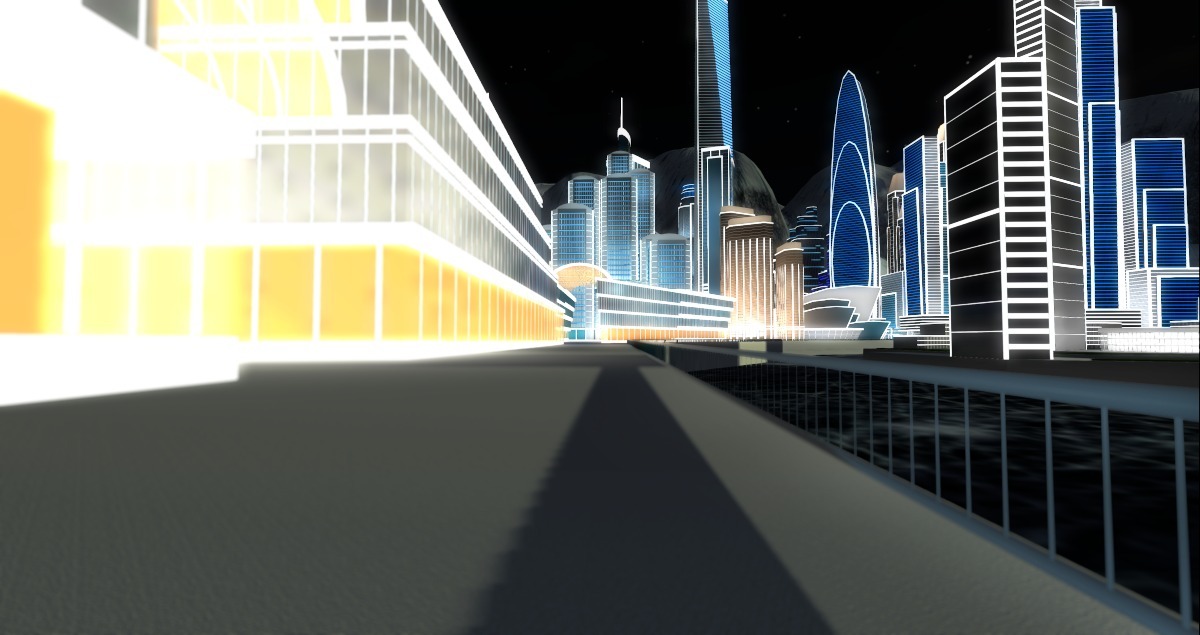 Distances multiply in the sim

The notecard also registers another aspect of the installation: it was made to “create a stronger sense of immersion in Second Life”, for which everything was built in a 1/10th scale. Since regions in SL measure 256m x 256m (or 65,536 square meters), by reducing the building scales like that, it’s as if the region would measure, now, 2.56km x 2.56km (or 6.55 square kilometers), which is actually equivalent to 100 normal regions! I’ve already observed that the skyscrapers, there, are actually mock-ups (or representations) and, because of their reduced size, one could be tempted to see them as scale models as well – but that’s where the size magic works. 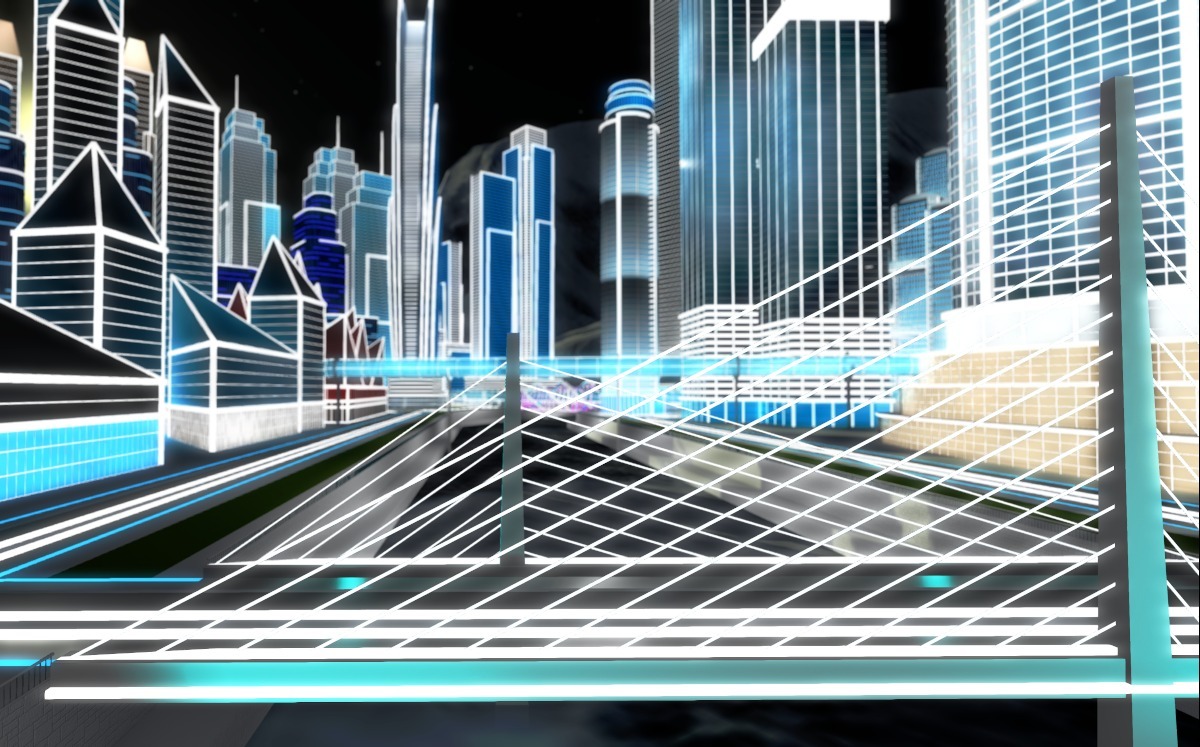 The many skyscrapers behind the bridge 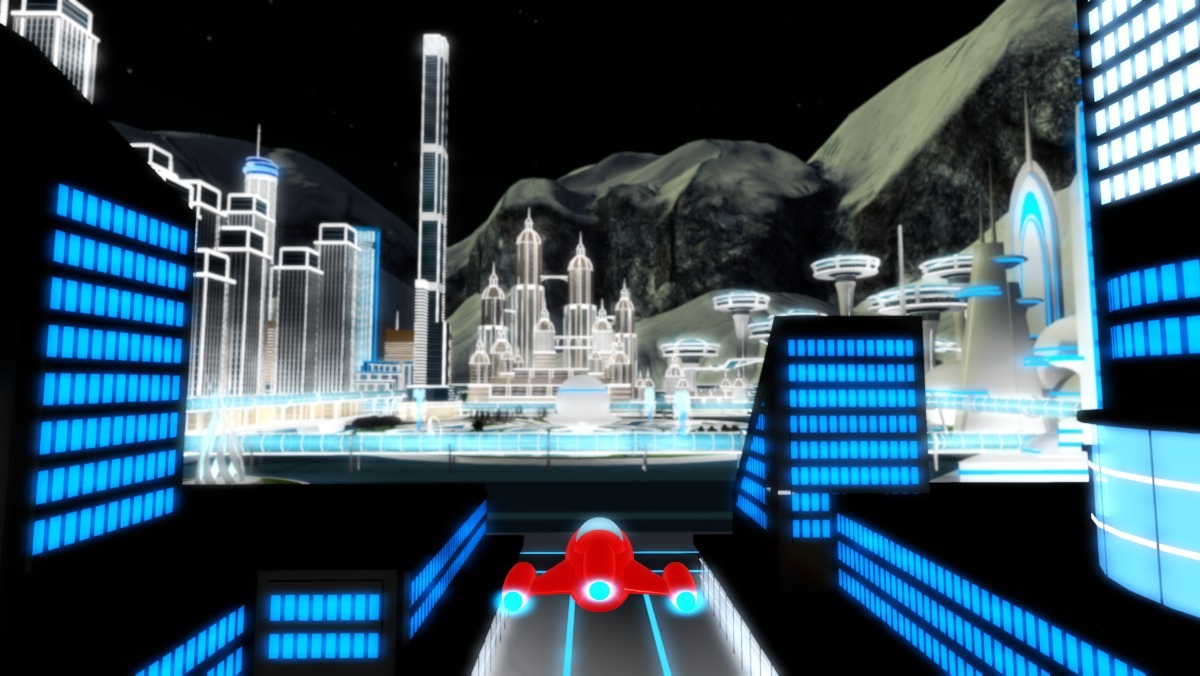 Despite the scale, the city feels imposing

In the virtuality of SL, what actually guarantees that a sim measures 256m x 256m? Mainly, system measurement tools (when you edit a prim, for instance, the edition widget will automatically inform you the object’s length, width and height) and the human avatar size (which, in the preference of a significant part of SL’s residents is actually a giant, way over 2m tall). So, if we eliminate avatars – and considering visitors of a given sim won’t normally right click on every object to check its measurements – we can actually get rid of scale constraints in Second Life. That’s what Gem Preiz does by asking people to wear full body alphas to travel through his installation and by providing proportional vehicles in order to move around. So, if your actual avatar is invisible and you hop on, let’s say, a flying device made in a size that fits the town, you can act as if your av were in the vehicle’s cockpit. 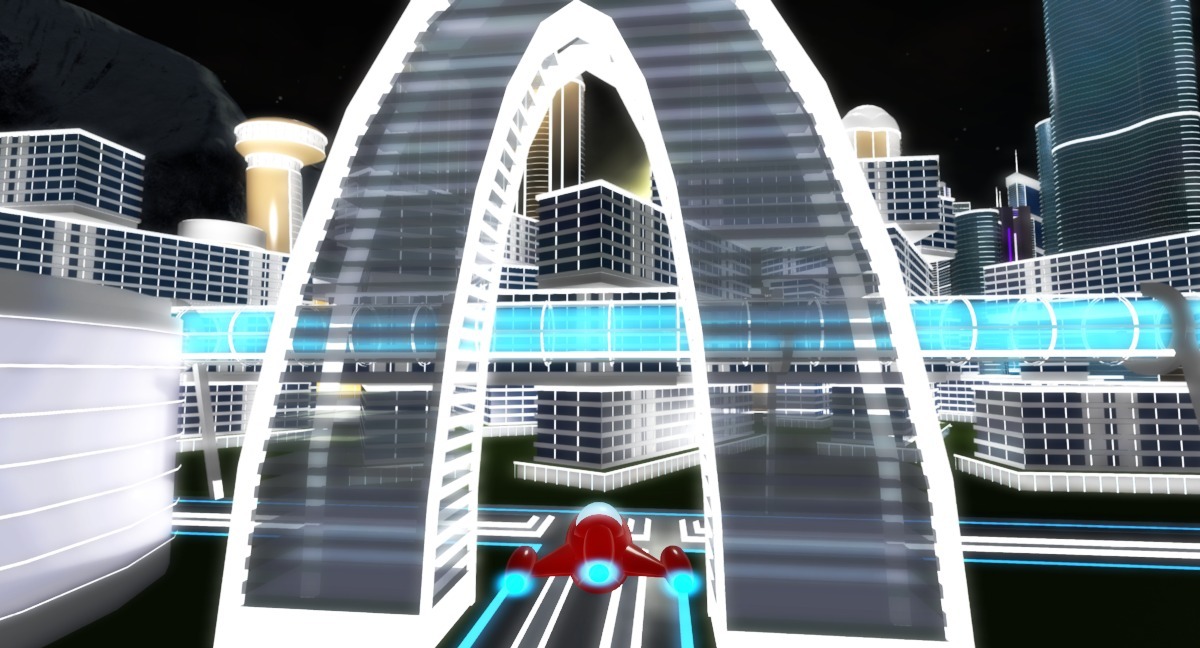 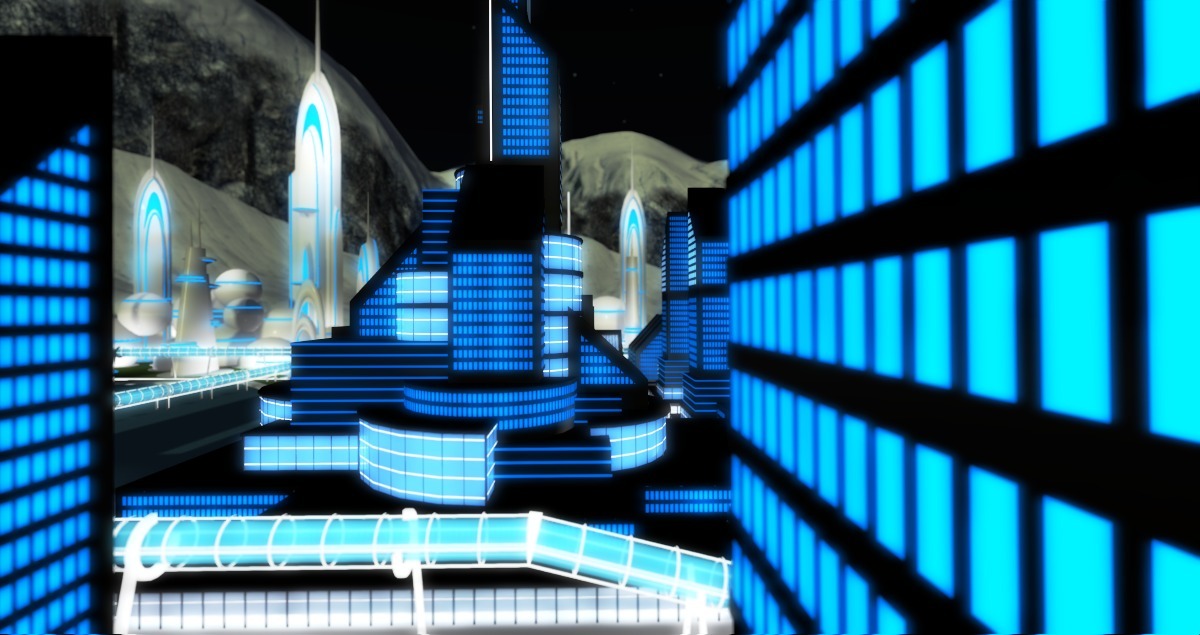 Skyscrapers constitute the reference of size

What’s particularly interesting about this operation is that, by hiding avatars and scaling down the buildings, the artist has actually created a larger city. Since there’s no other visible reference for size, it’s not only that he reduced 100 sims in order for them to fit in the space of one region: for all visual purposes, he actually transformed one region into 100 (except by the LI capacity of the sim, which hasn’t changed). In other words: it was by making elements smaller that he could make the whole set bigger. 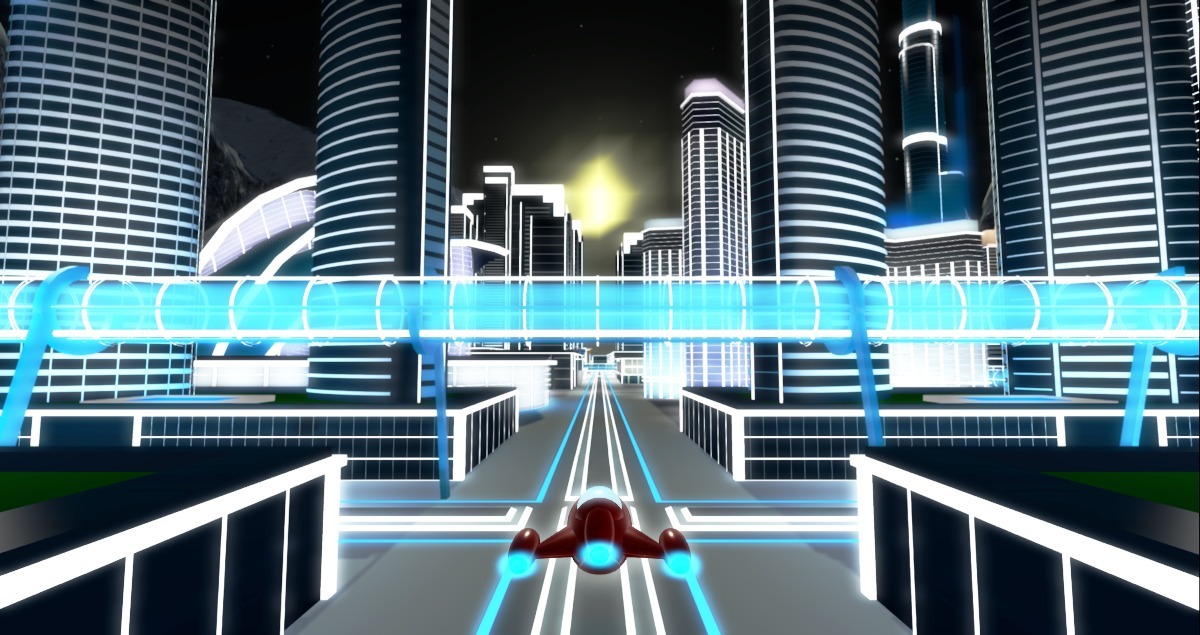 The sim actually got bigger for its objects were made smaller 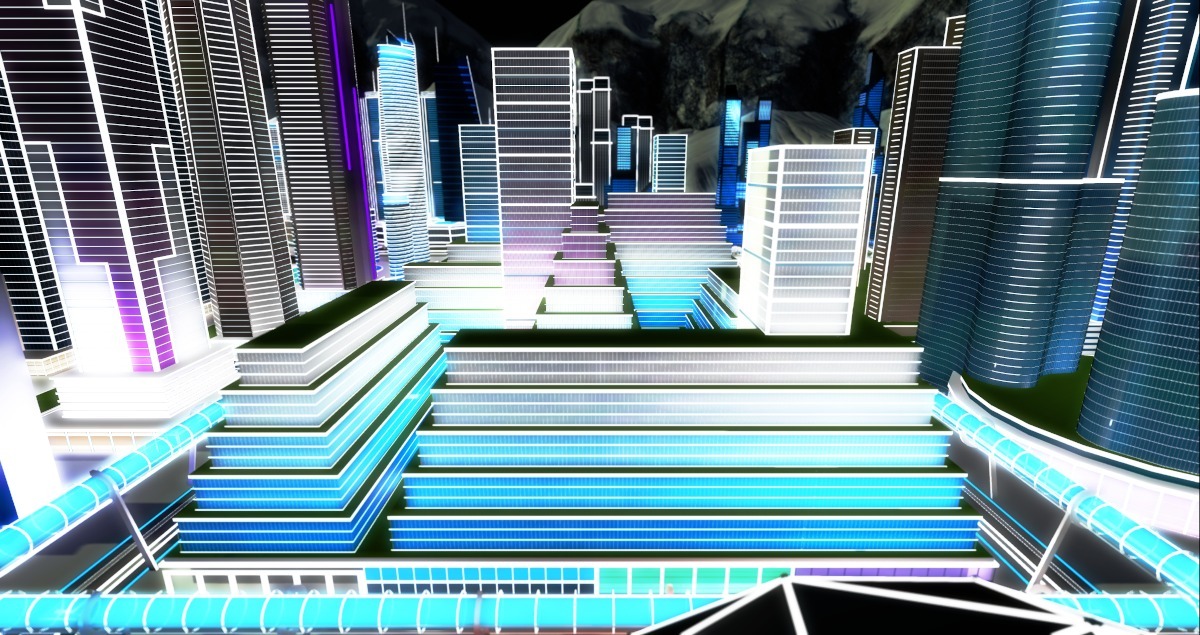 Different tones on the skyscrapers

This also works because we know that the elements in the sim are, mainly, skyscrapers. Since there’s no external factor to determine scale, they, themselves, become our references: skyscrapers are meant to be tall buildings, and then we can adjust everything else to that expectation – especially if other items in the sim, as streets, bridges and vehicles, are already adjusted to it. 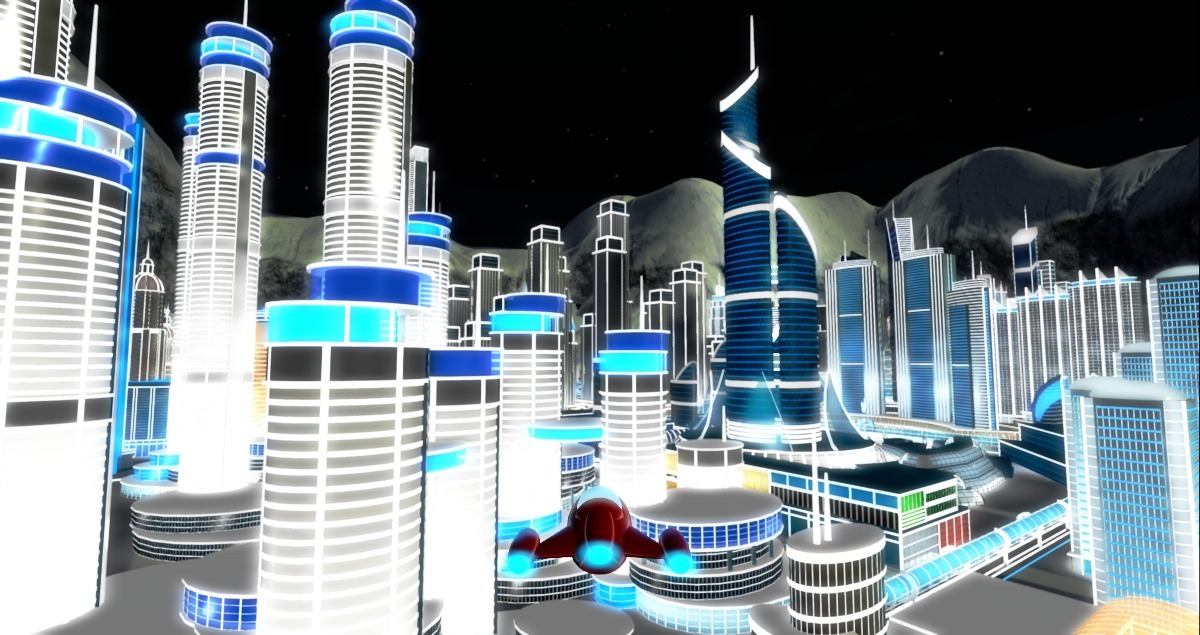 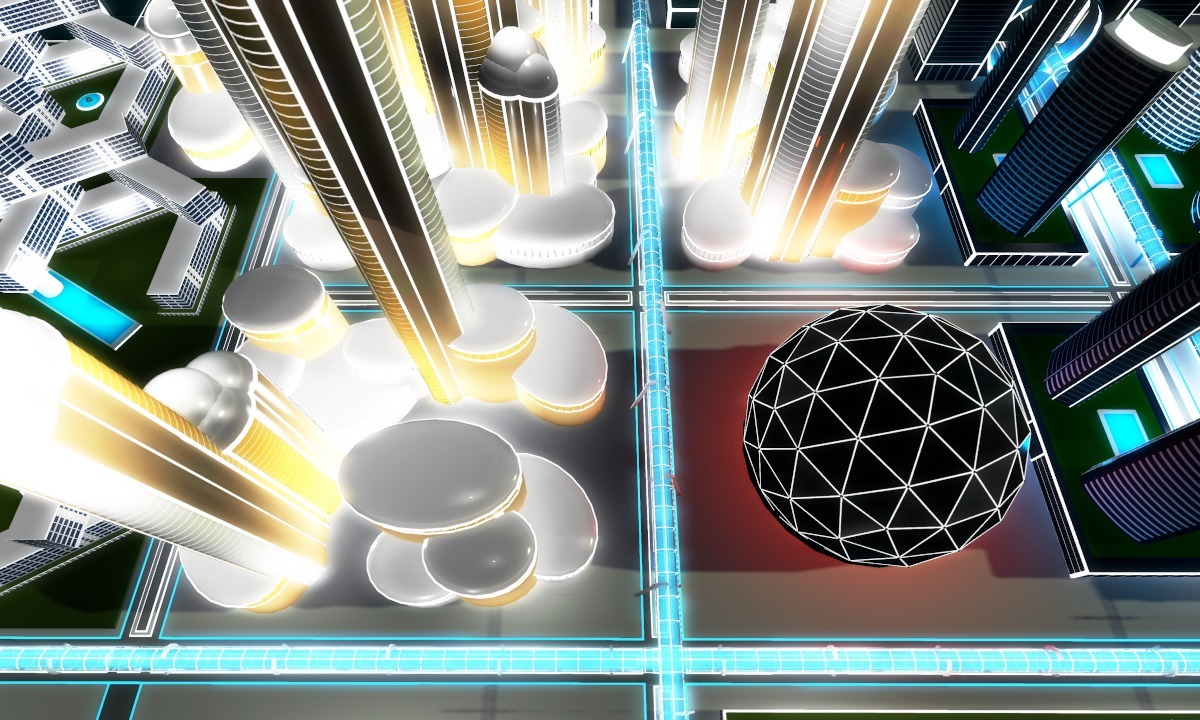 A geodome among other buildings

Skyscrapers, the installation, constitutes then not only a futuristic cityscape made of tall buildings (which are, it’s worth noticing, all possible today, and many are inspired in real projects, built or not), but also an experimentation with scale. Gem Preiz defines himself as a “fractal artist” – and, though Skyscrapers is not, in general, about fractals, it is also an experience of scaling objects down and up, as fractals can be. Eventually, it shows how fluid SL can be about scales – it’s just a matter of understanding how to deal with the platform’s particular characteristics. 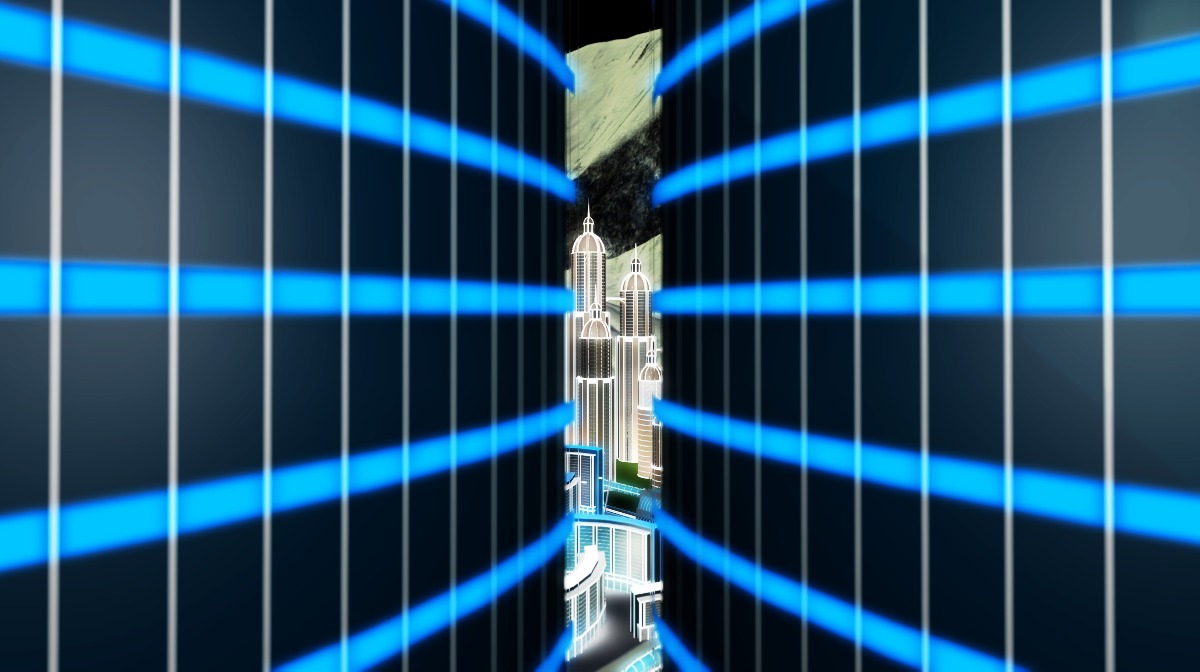 A glimpse of a skyscraper from another one