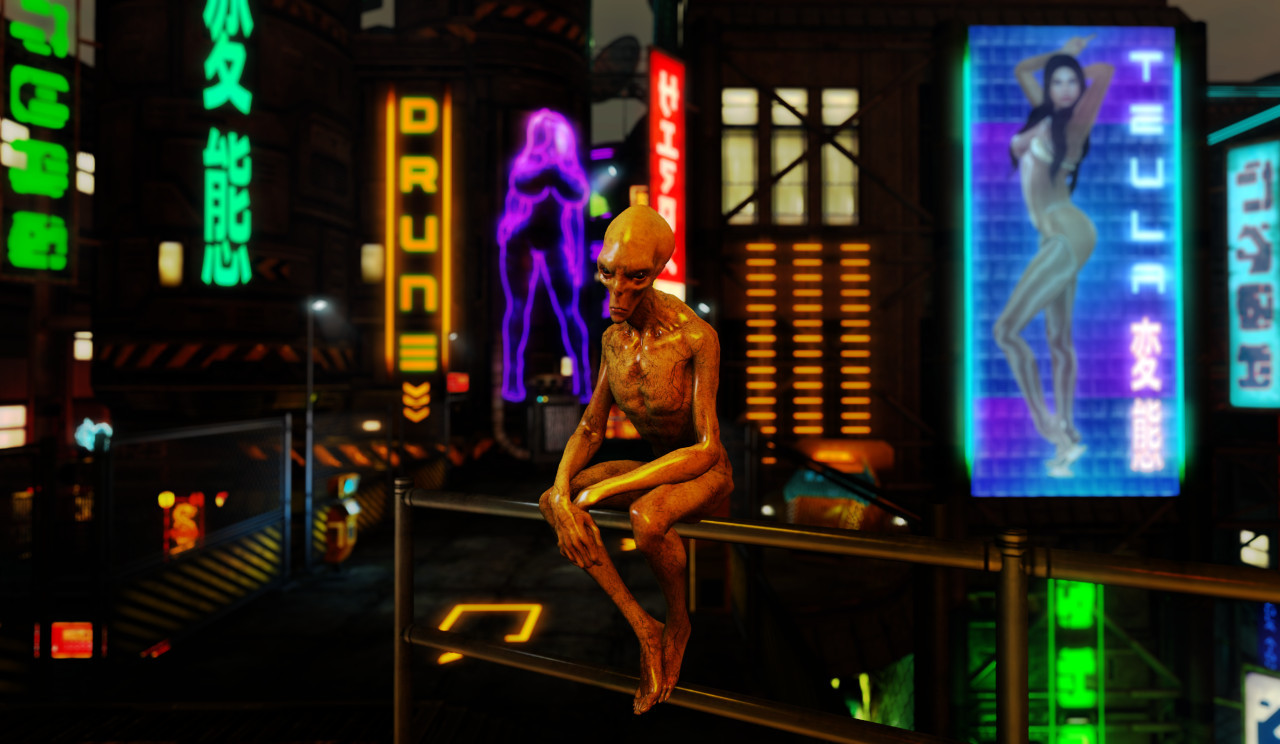 “Welcome to Drune”: visitors are received by an alien 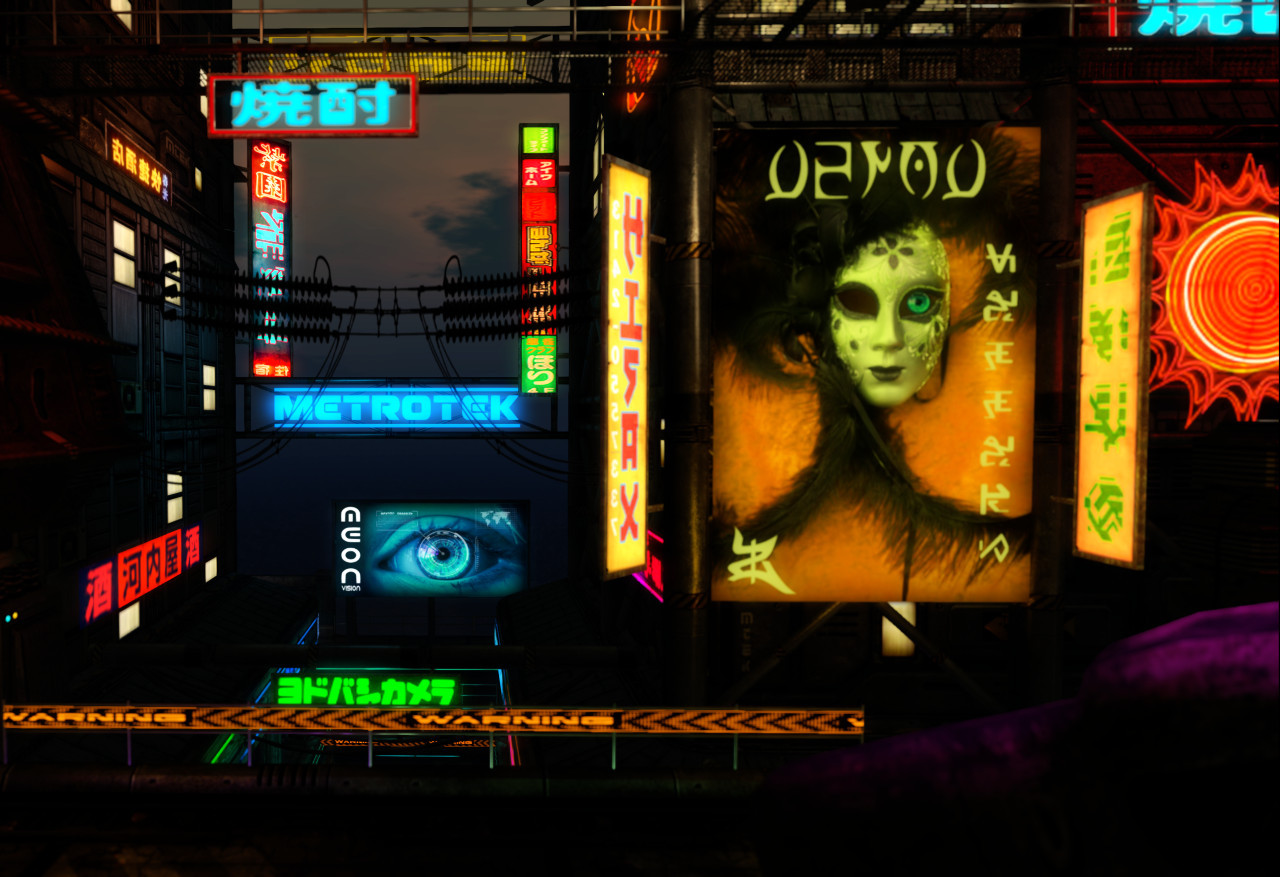 Back in December and January, different blogs featured a futuristic, cyberpunk region in Second Life called 2019-XS. It was, some will have figured already, a tribute to Blade Runner, the movie by Ridley Scott which is set in a dystopian Los Angeles of… 2019. After a few posts on that great sim, though, the place closed, frustrating a number of SL residents. Yet, it is back now to the grid, under the name – and the basic architecture – it had before: Drune (though it’s not just a repetition of the former Drune). 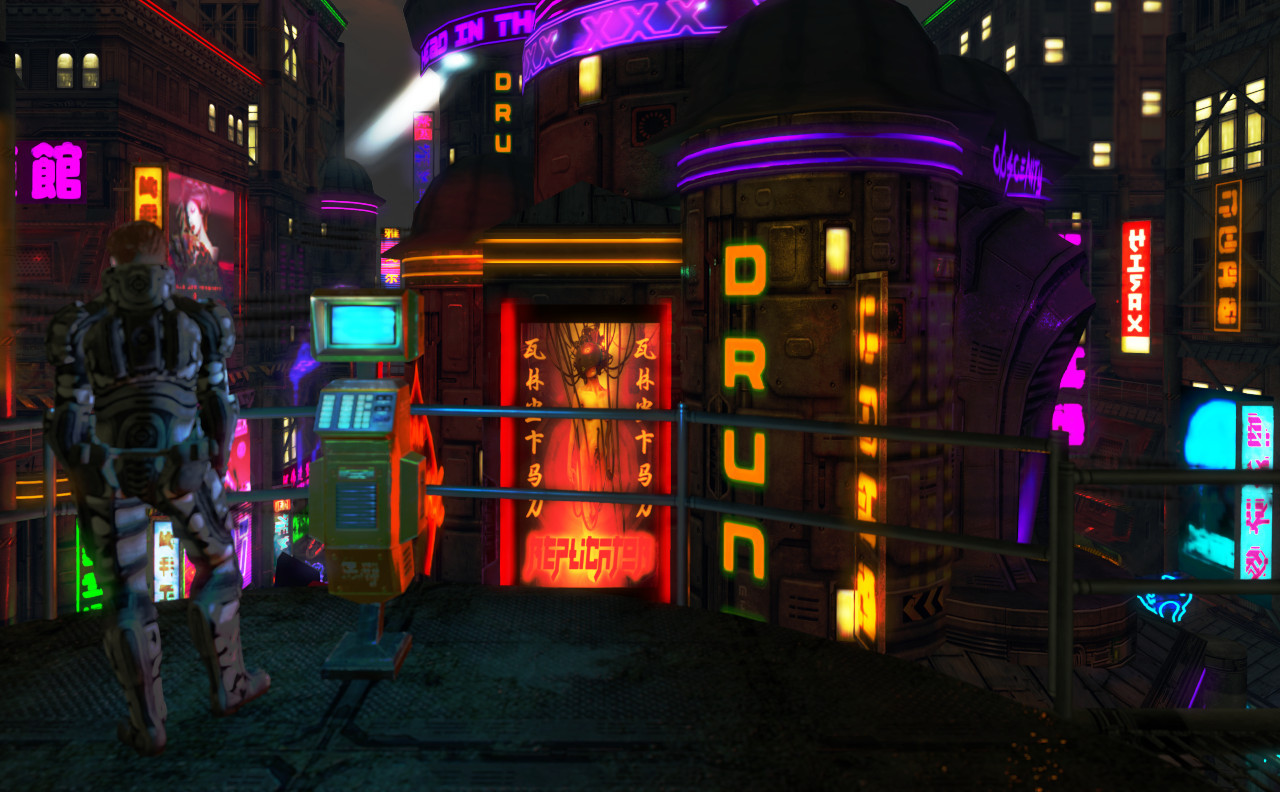 Near the landing point, Ricco observes the city

The reopening of 2019-XS/Drune is great news for those who enjoy the cyberpunk aesthetics and the universe it encompasses. It particularly draws from Blade Runner‘s version of a nihilistic post-industrial society to build a visually retrofitted future with lots of neon and flashing lights combined with a dark and somber atmosphere. 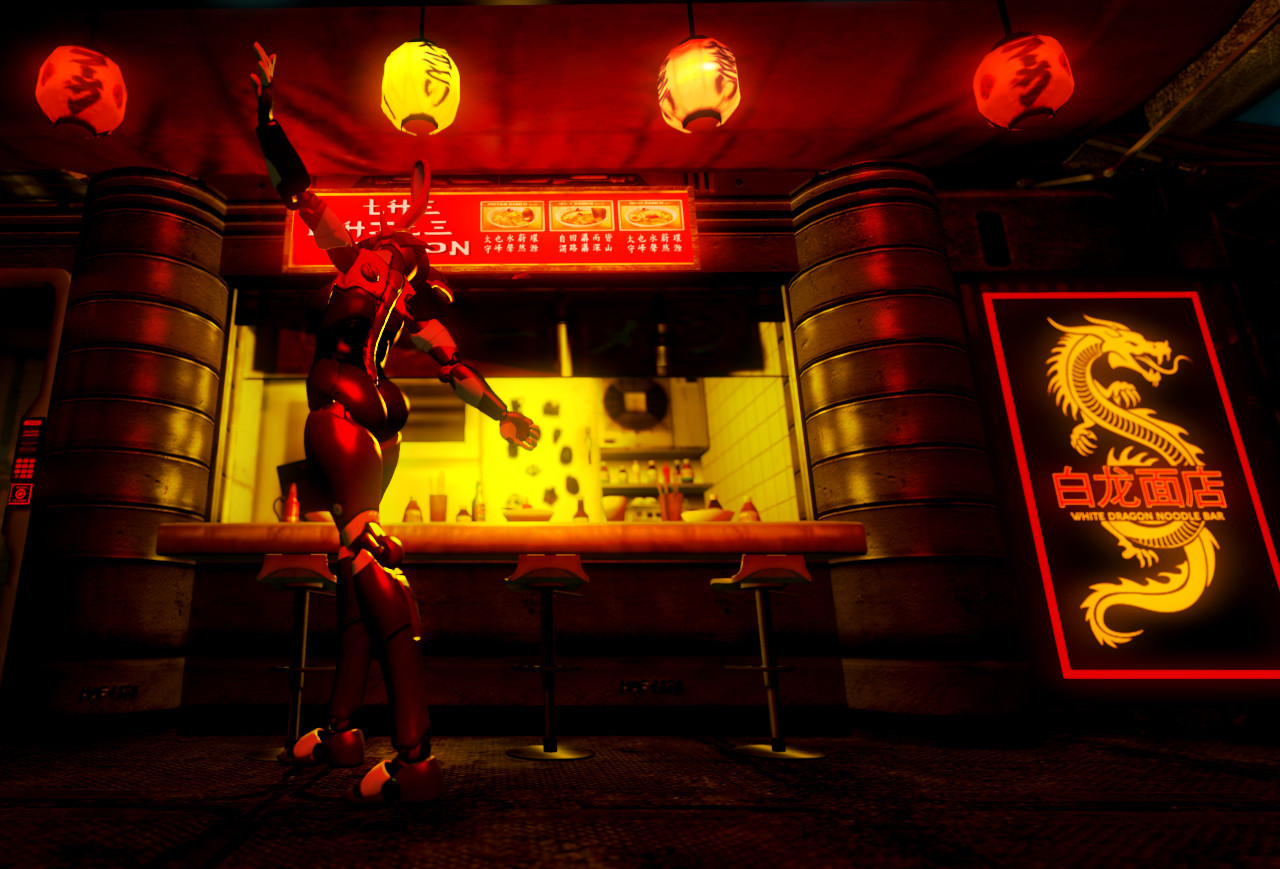 A customer at The White Dragon noodle bar 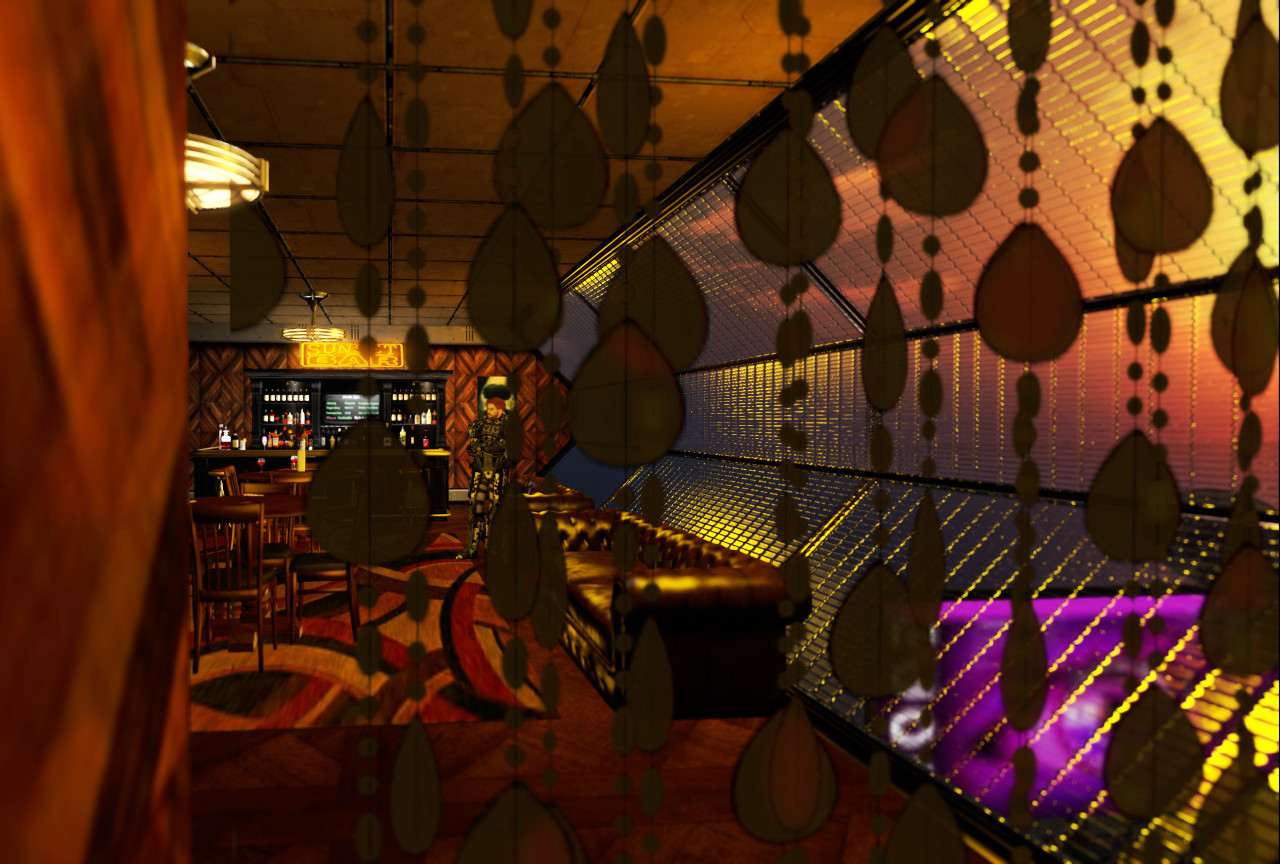 Ricco at the Sunset Bar

Drune’s nihilism is mainly reflected on its over-sexualized representation of a decaying city, as a sign of no commitment with anything else but pure and instant pleasure. As ordinarily, it’s women who get objectified on the sex ads all around the place. After all, why would a dystopic future enjoy gender equality? 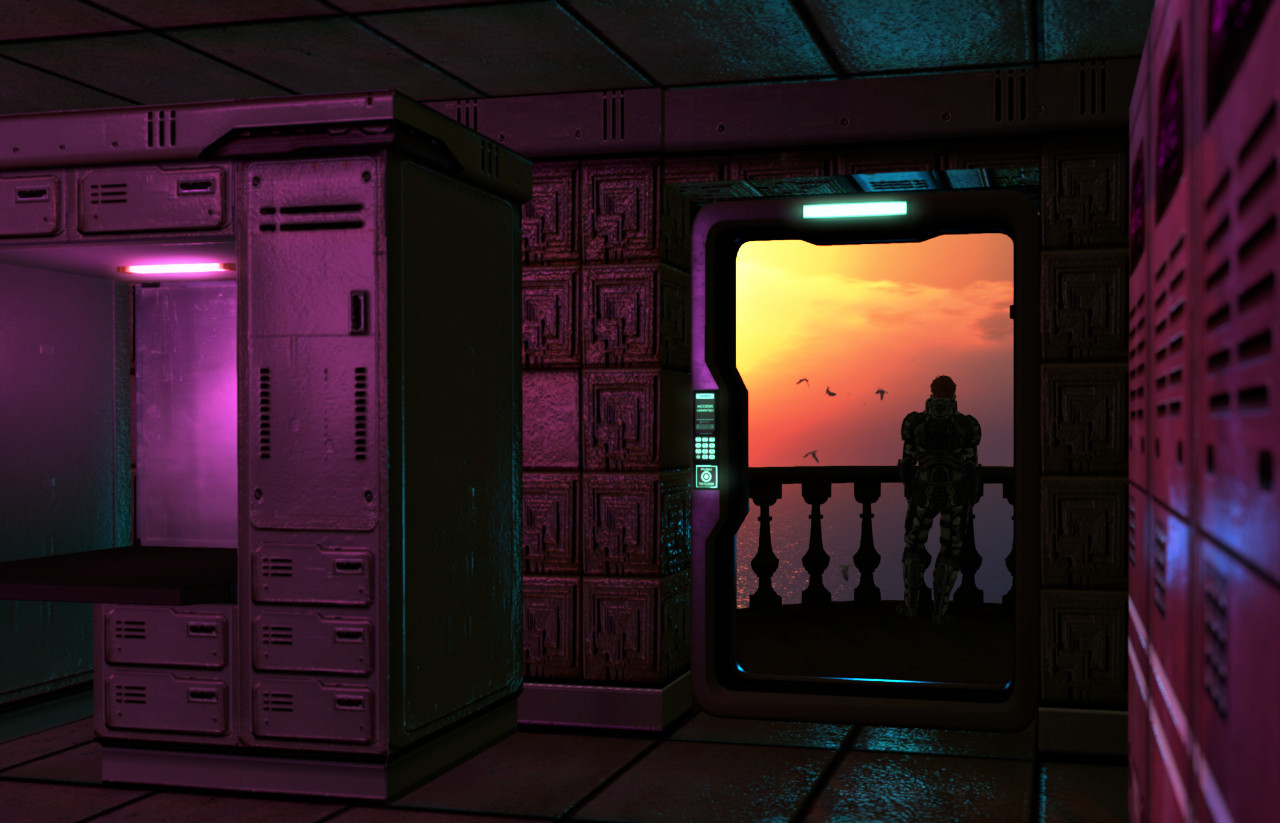 An apartment in Drune 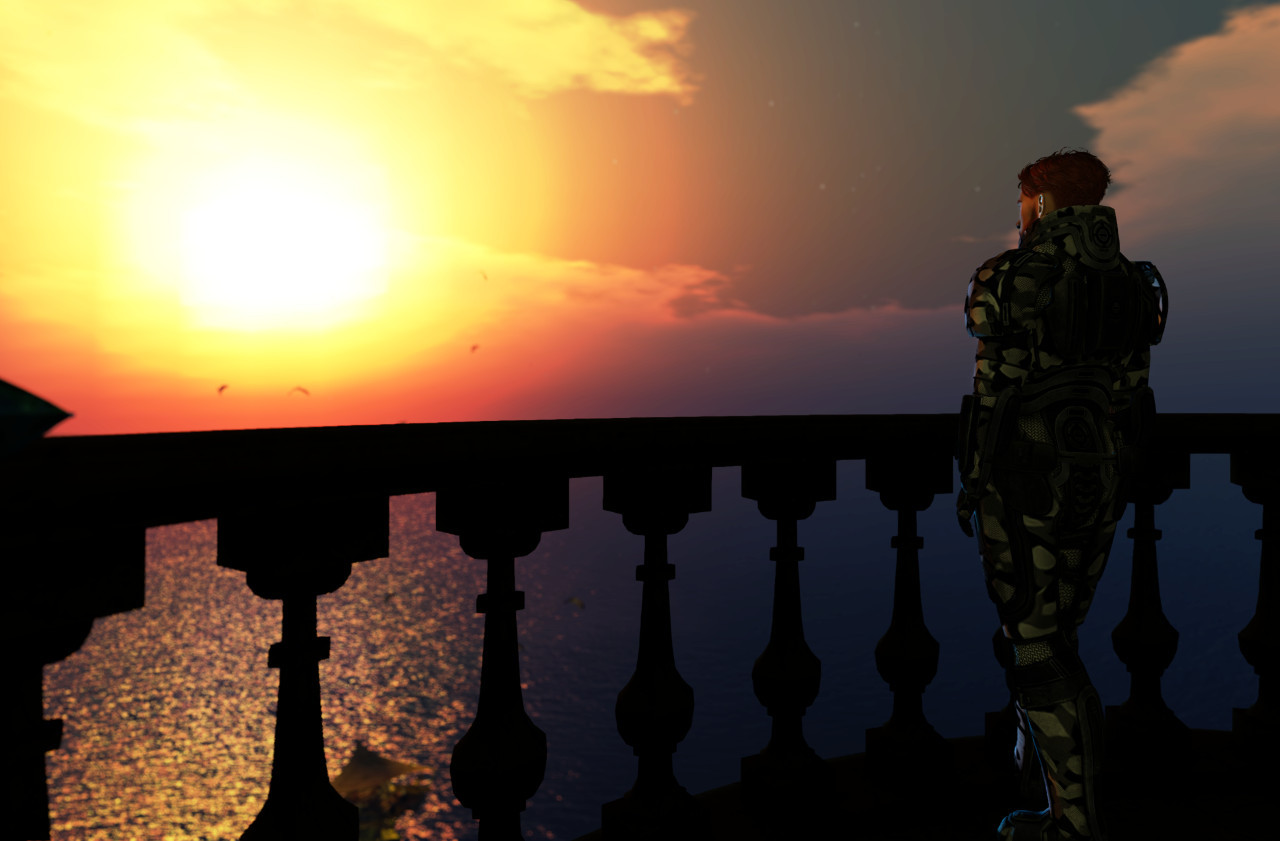 The sim is also a neo-noir depiction of an urban environment – which can be more properly seen if the visitor adheres to the region’s default Windlight settings. As such, it plays with a chiaroscuro photography: the streets are dark, gloomy, but also full of neon glow. It is interesting how that effect is achieved even though the whole sim is under sunset light, not emerged in night shadow. 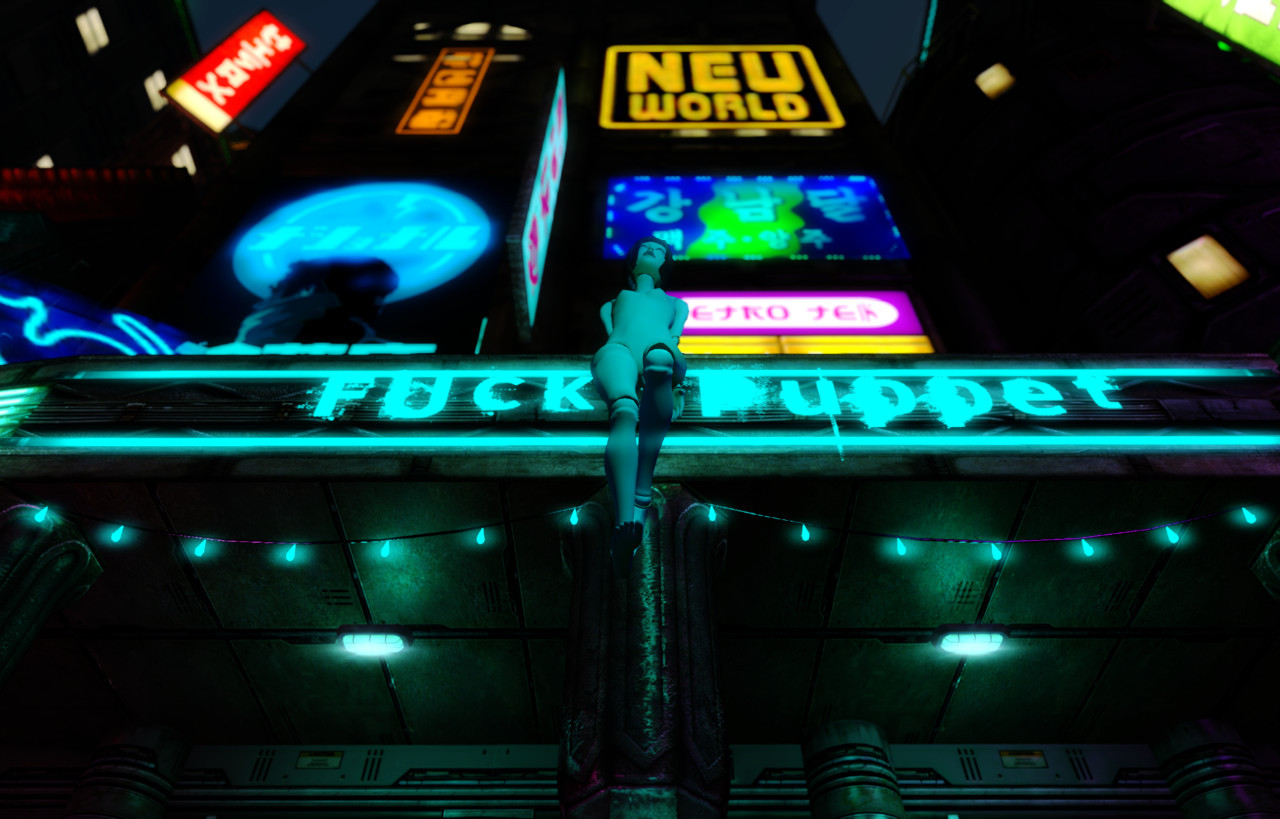 Overadvertised sexuality: the other side of the city’s nihilism 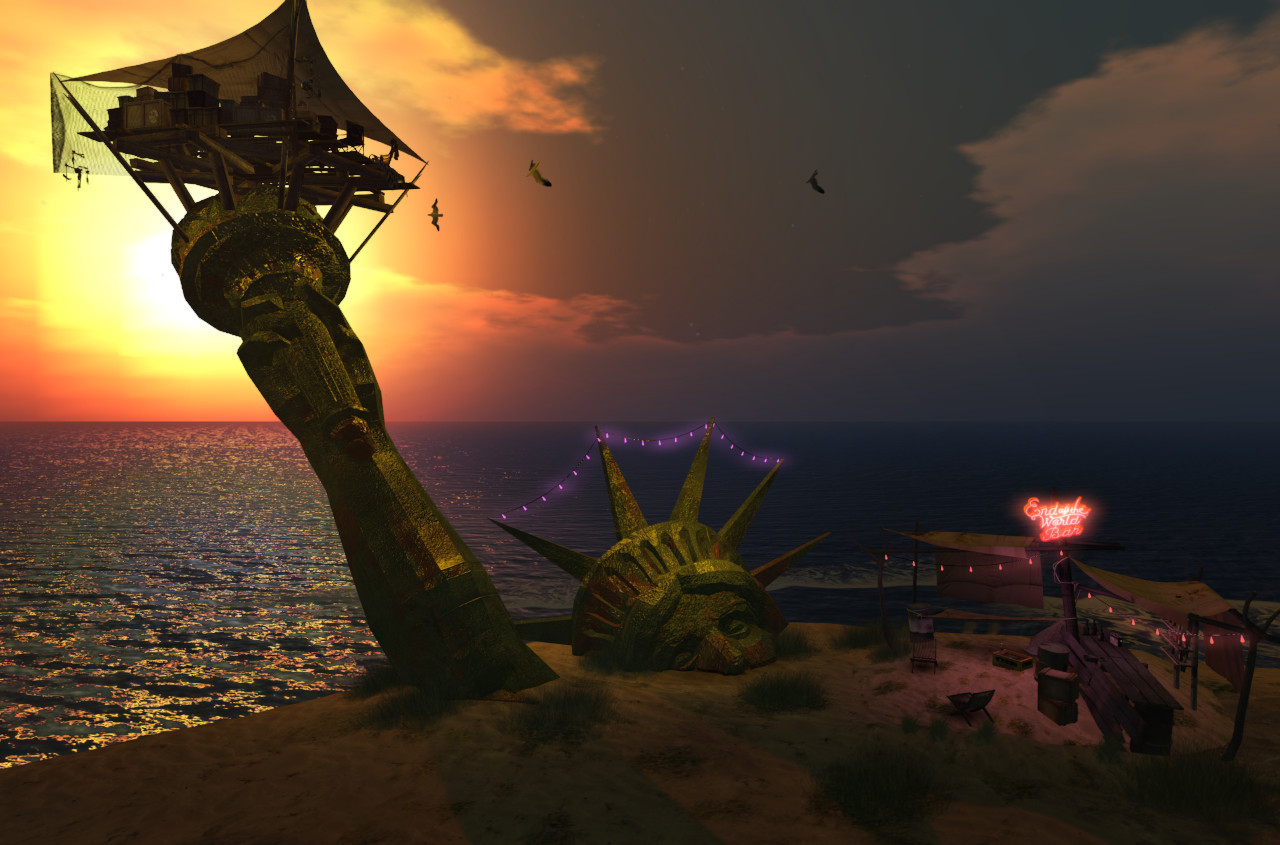 The remains of the Statue of Liberty converted into a bar

I confess that I appreciated the fact that the former 2019-XS city was built as a dead-end, for it made the sim more suffocating (in a positive way, since we are dealing with the creation of a cyberpunk environment) and mysterious. Still, like the first version of the sim, Drune keeps its obscurity even in its more open areas, such as the wistful beach where one can see a partially buried Statue of Liberty (as in the pessimistic 1968 movie Planet of the Apes). 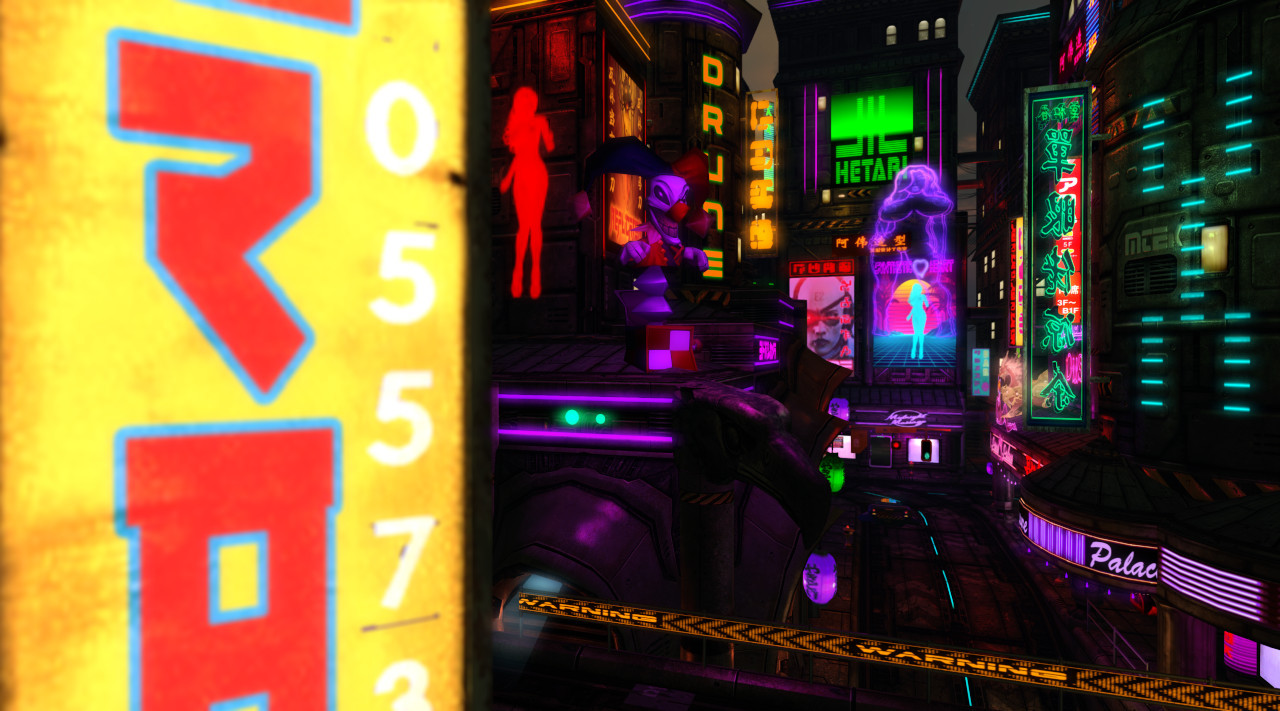 A street in Drune

Drune reminds me somehow of a SL region which has long gone, the Science Innovation Company, S.I.C. In comparison with another classic of Second Life, Insilico, which seems to have a component of a relative technology celebration, S.I.C. used to be more somber, as Drune is now – though the three sims are undoubtedly dystopic. 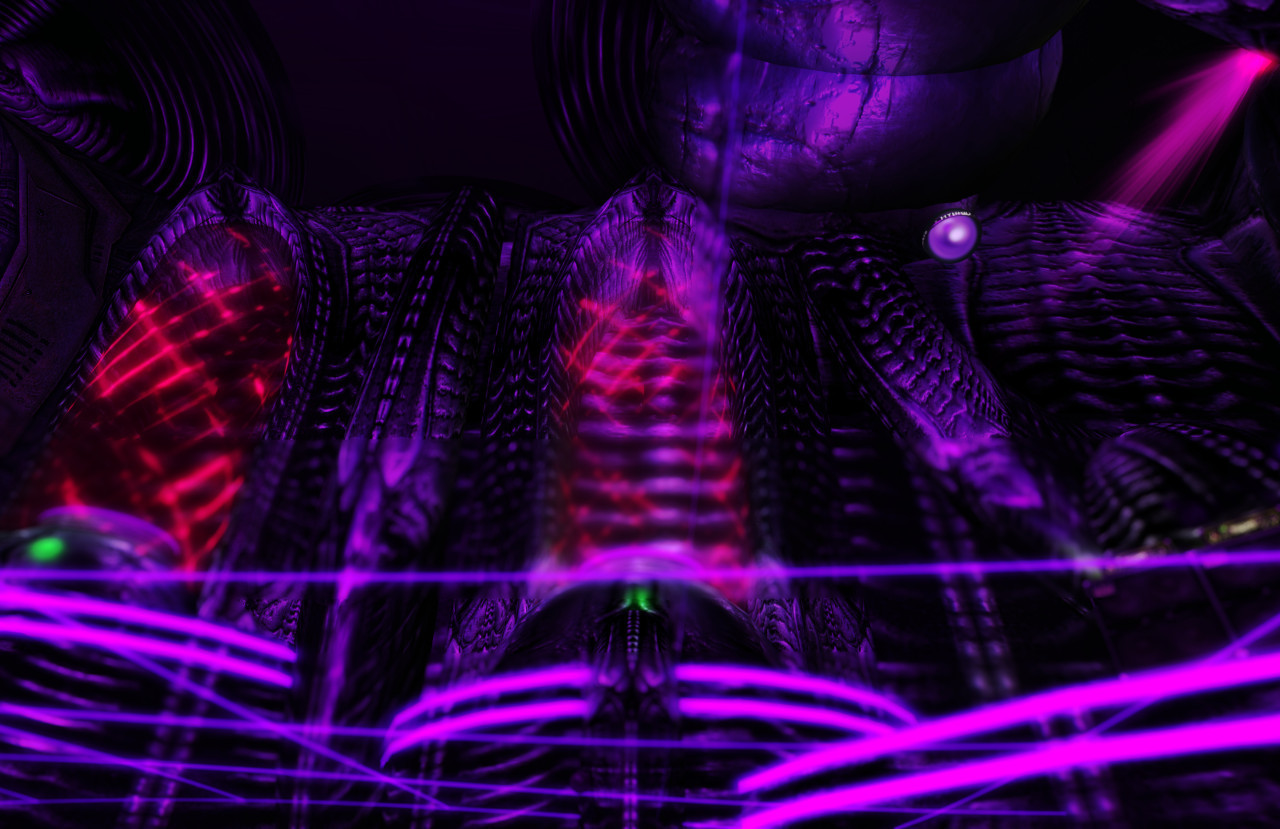 Finally, it should be noticed that Drune has a number of places to gather and even party, such as the Sunset Bar, the Obscenity Club and the club Head In The Clouds. And, strikingly, it’s all built in a Homestead sim (i.e. a sim that supports only a more limited number of prims – or lower land impact items). 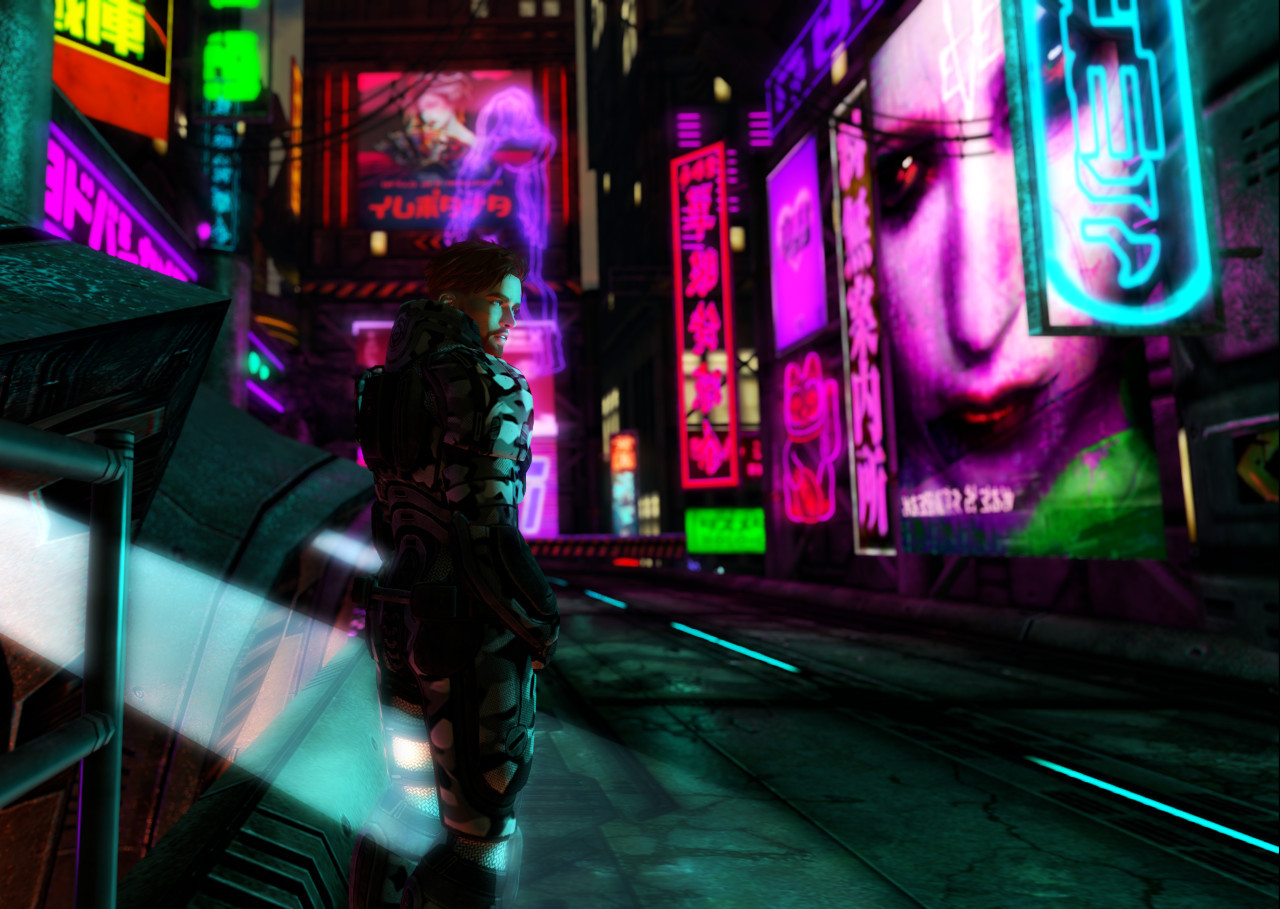