For the second part of my retrospective of interesting buildings found in Second Life in 2018 (part 1 can be seen here), I will go from a Victorian house to some futuristic designs and include a couple skyboxes. As I underlined before, I don’t intend to write the ultimate article about the virtual architectural production in SL during the year, it’s just a collection of buildings that called my attention the most. Almost all of them are dwellings, but there is one structure which is not a home. Here is the second and final part of the list: 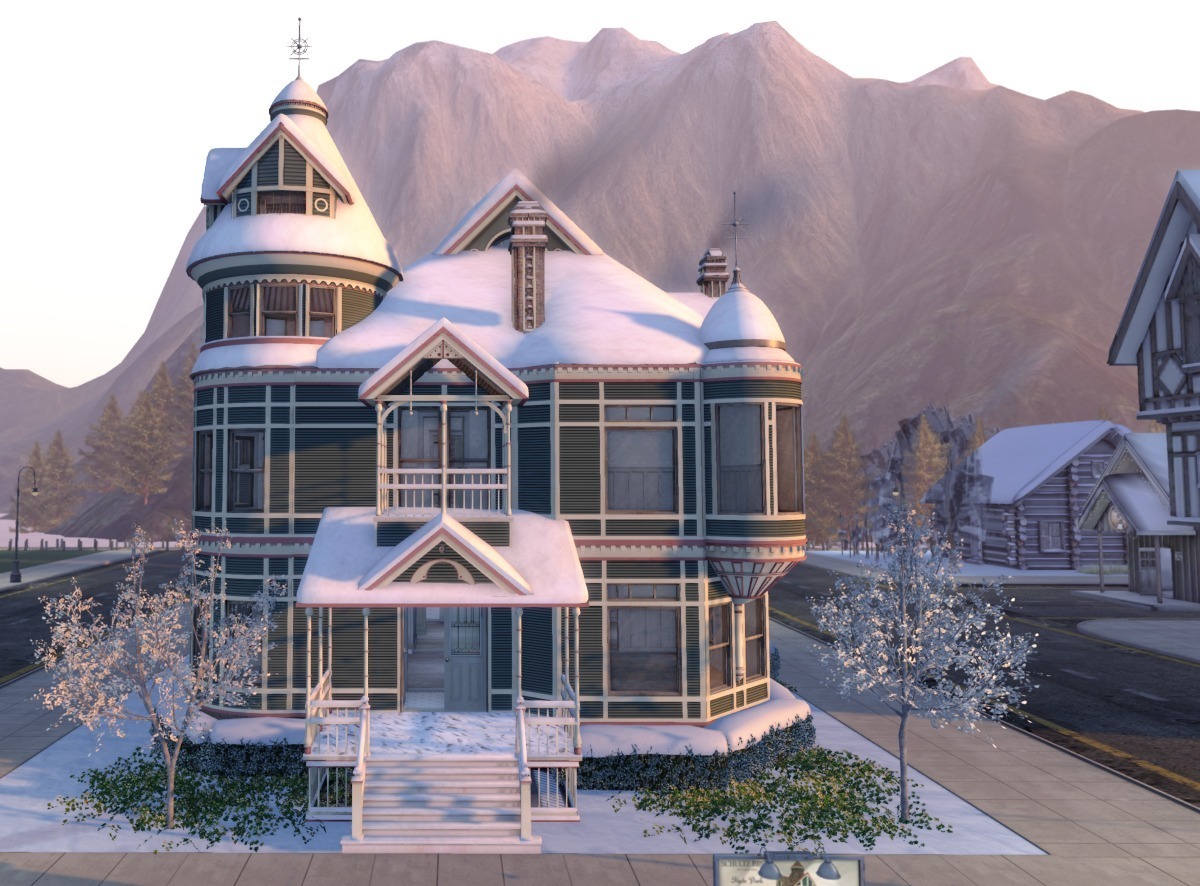 The asymmetric design of the Hyde Park house

This house by Schultz Bros. is, of course, inspired by Victorian homes – and I would risk to say that it looks more like an American Victorian building than like a British one. 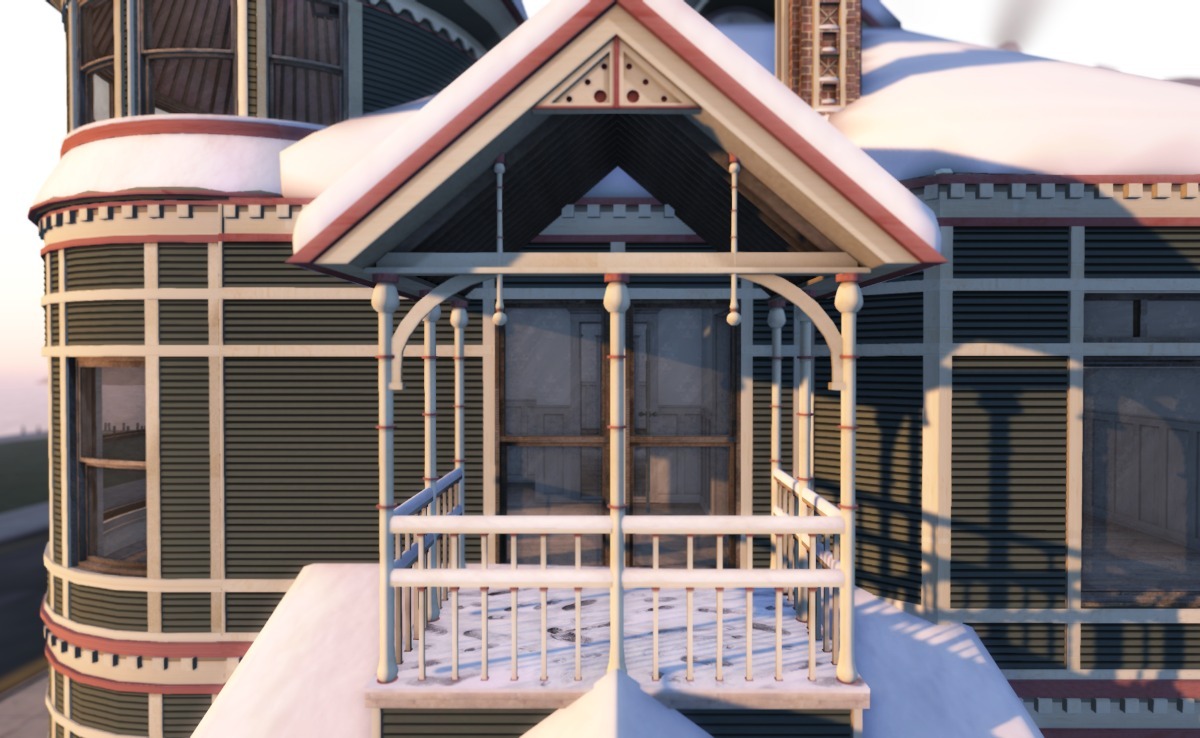 Detail of the façade showing a balcony

The asymmetric composition and the decorative elements based on a revival of past tendencies are well reflected in the Hyde Park house. On the external design, there are elements from different tendencies of the American Victorian architecture, including Stick Style strips and a Queen Anne overall feeling. The porch isn’t a big one, but there are gables and shingles, a tower on the left (if one is facing the building) and a turret on the right, all built with grace and delicacy. 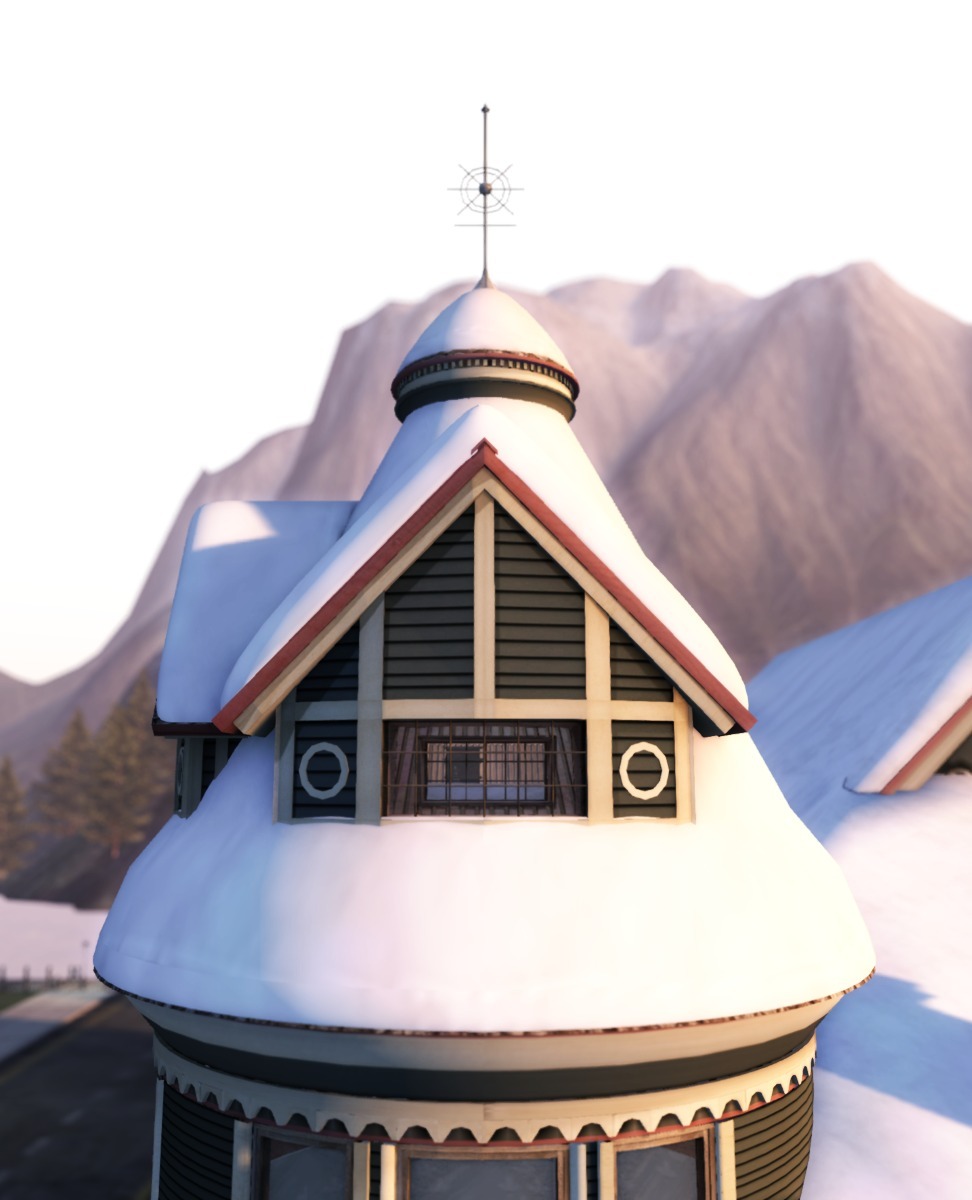 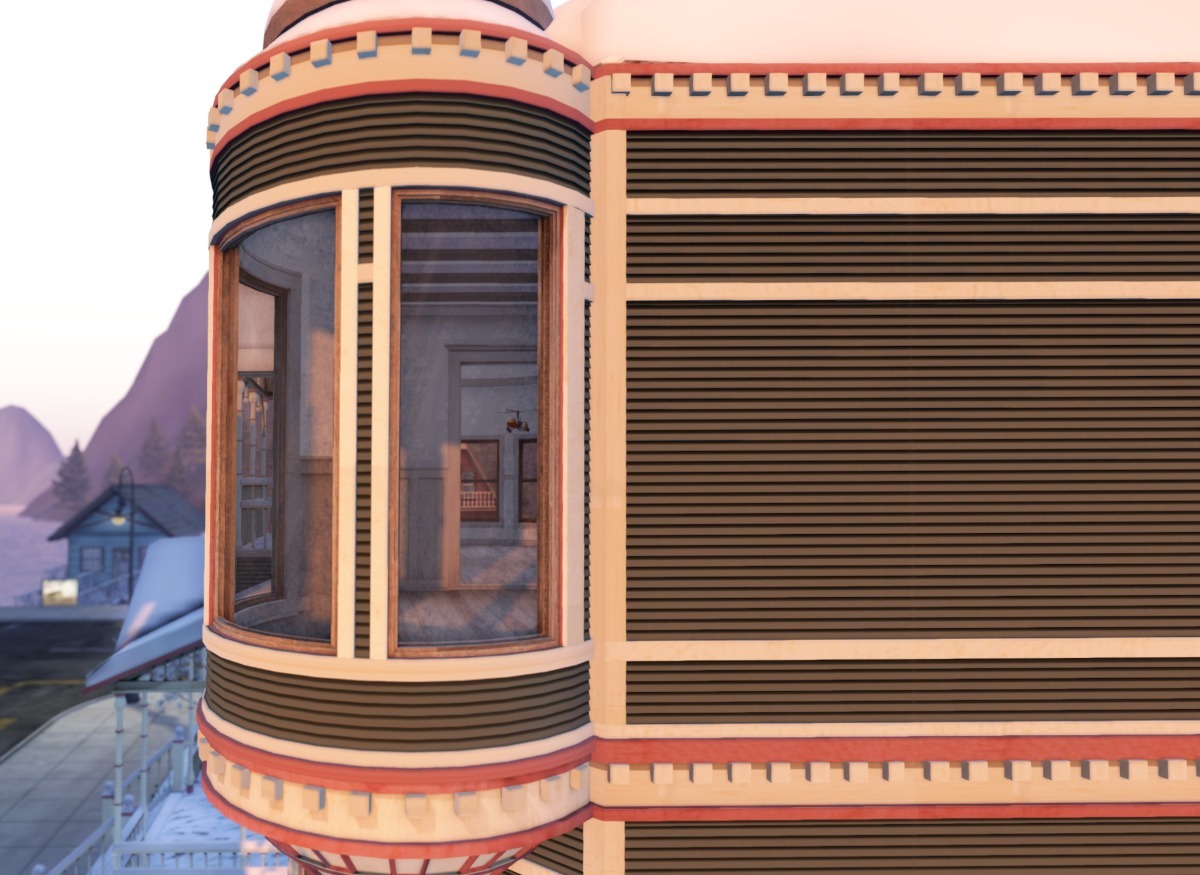 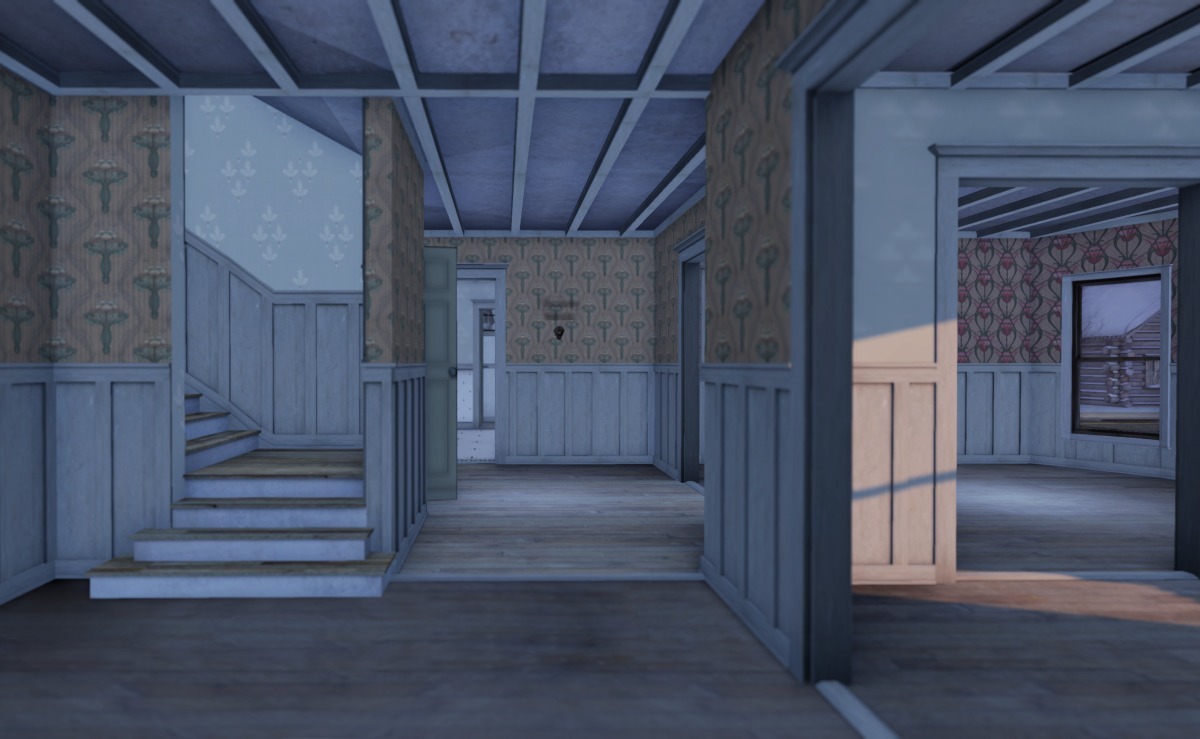 Inside the house: a profusion of rooms

Inside the house, a profusion of rooms guarantees that each portion of space will have its own use – as one would expect of a Victorian home. And the project incorporates an attic, which is always a good characteristic, for attics generally work as wild cards: they may be transformed into guest or game rooms or a more intimate social area. 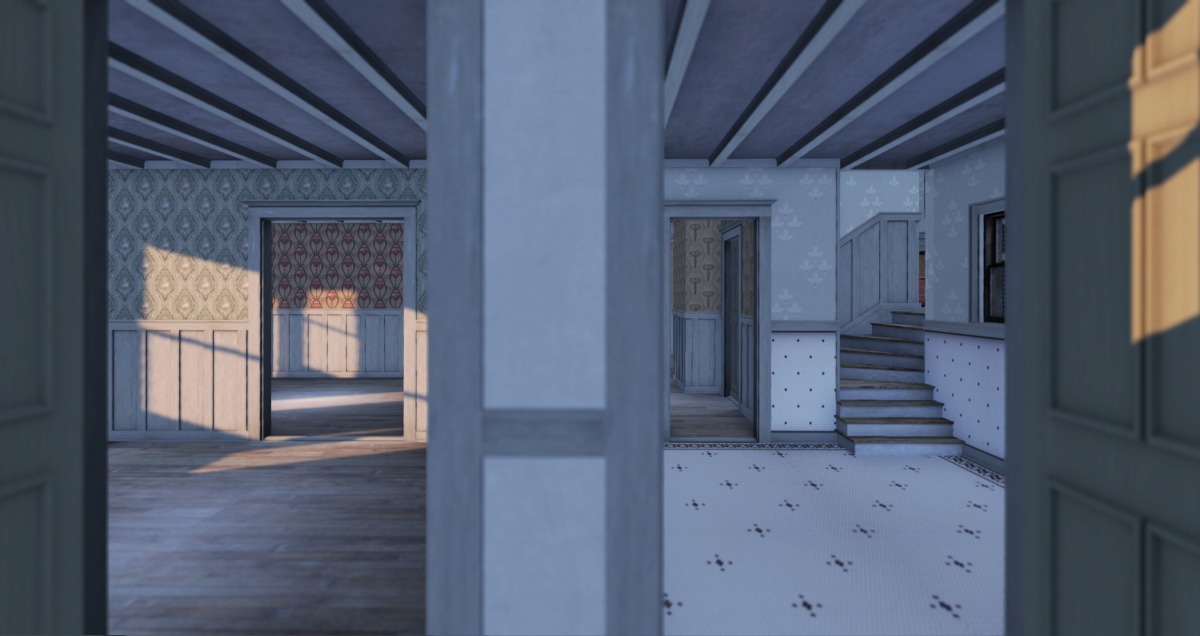 Light and shadows in the house 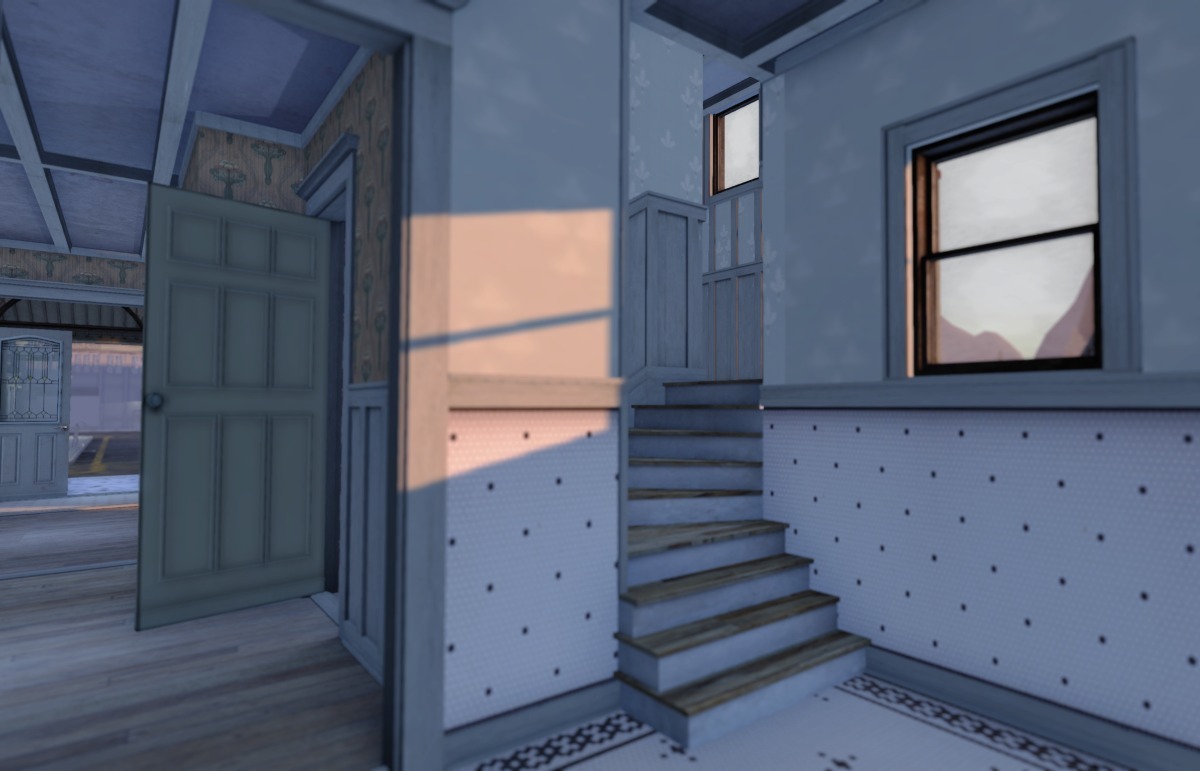 Light coming from a window

I also like the way light and shadows can play an important role in the atmosphere of the house. Using a soft Windlight setting that still guarantees a noticeable difference between light and shadows, one may achieve a delicate and charming effect in the interior of the building, for instance. 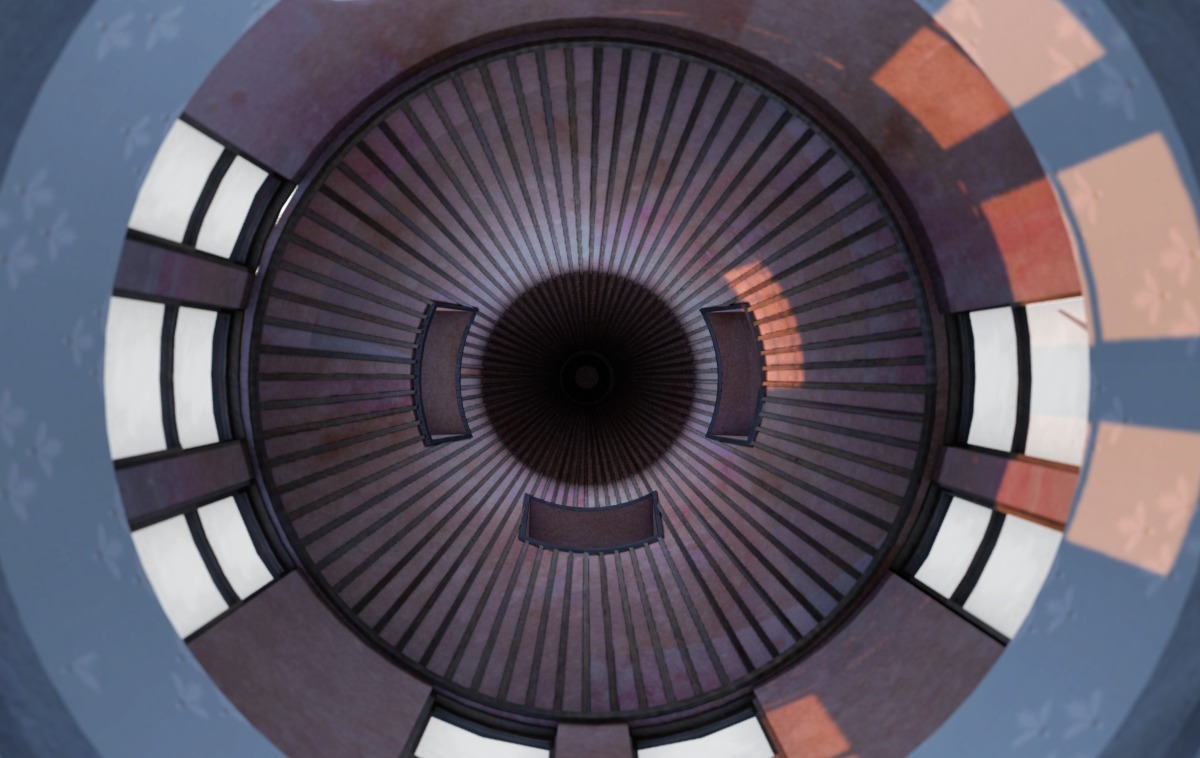 The tower: internal view, looking up 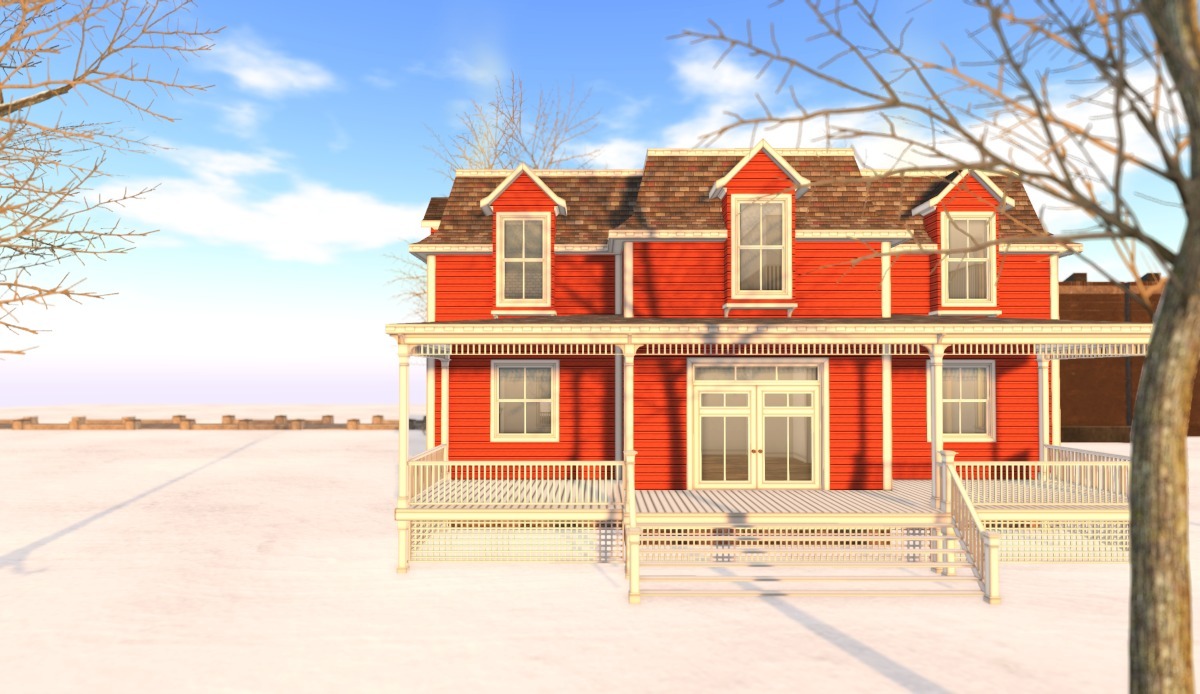 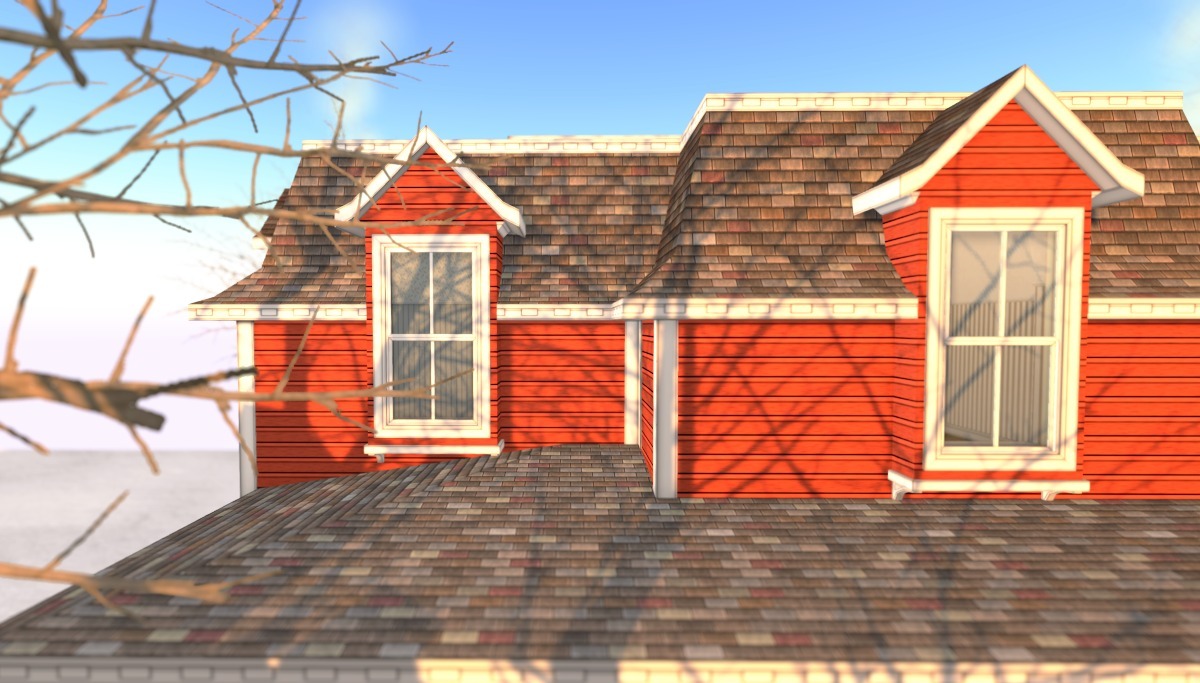 Detail of the façade

The Kent Cottage by Barnesworth Anubis may share elements with Victorian-inspired buildings, such as shingles, the importance of the porch and some decorative items. Still, it’s less ornate than a Victorian house tends to be, and the regularity of its façade shows that it’s not made in the same trend as Victorian reactions to the symmetry found in previous styles. 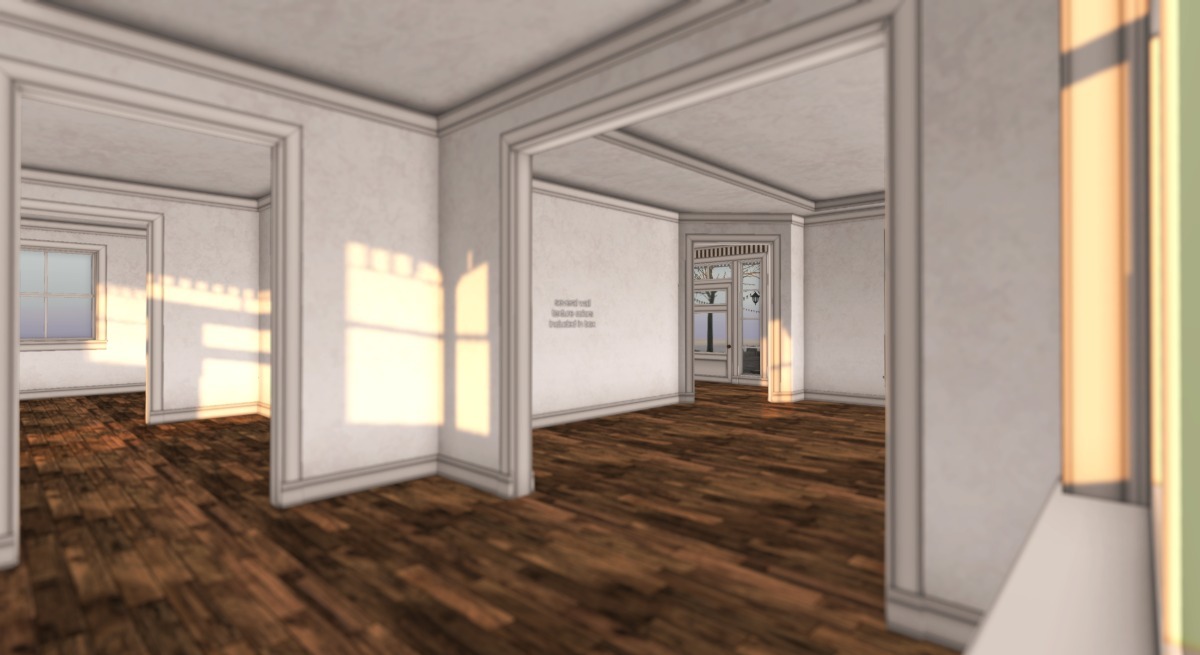 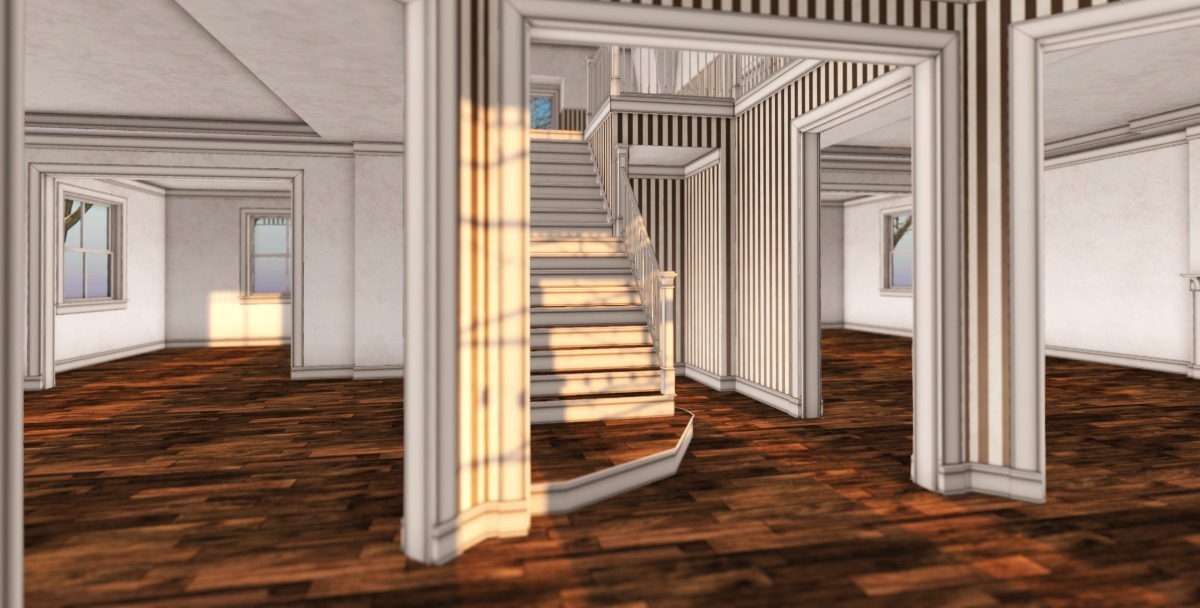 From another angle: rooms on the first floor

It is also a house of many rooms – and I like it, for it’s so common to find those completely open floor plans in SL that it seems many designers are exclusively concerned with how their projects will look from outside and put no thought in organizing the internal space. This cottage by B.A. is not like that at all – and, still, it doesn’t feel too confining. 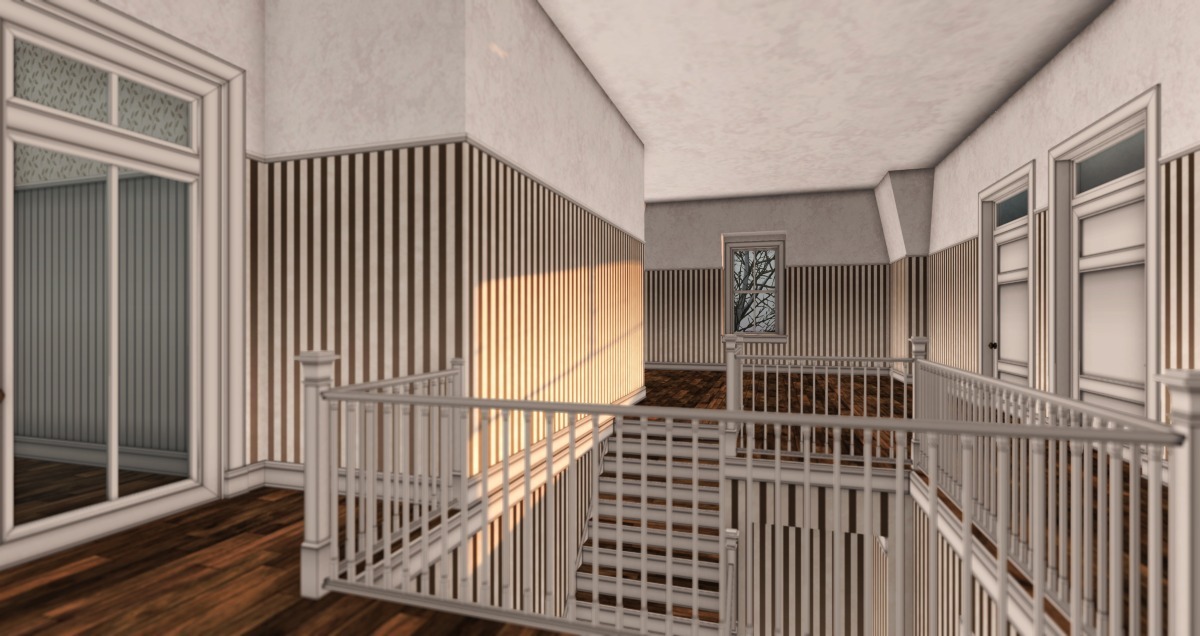 A view of the second floor 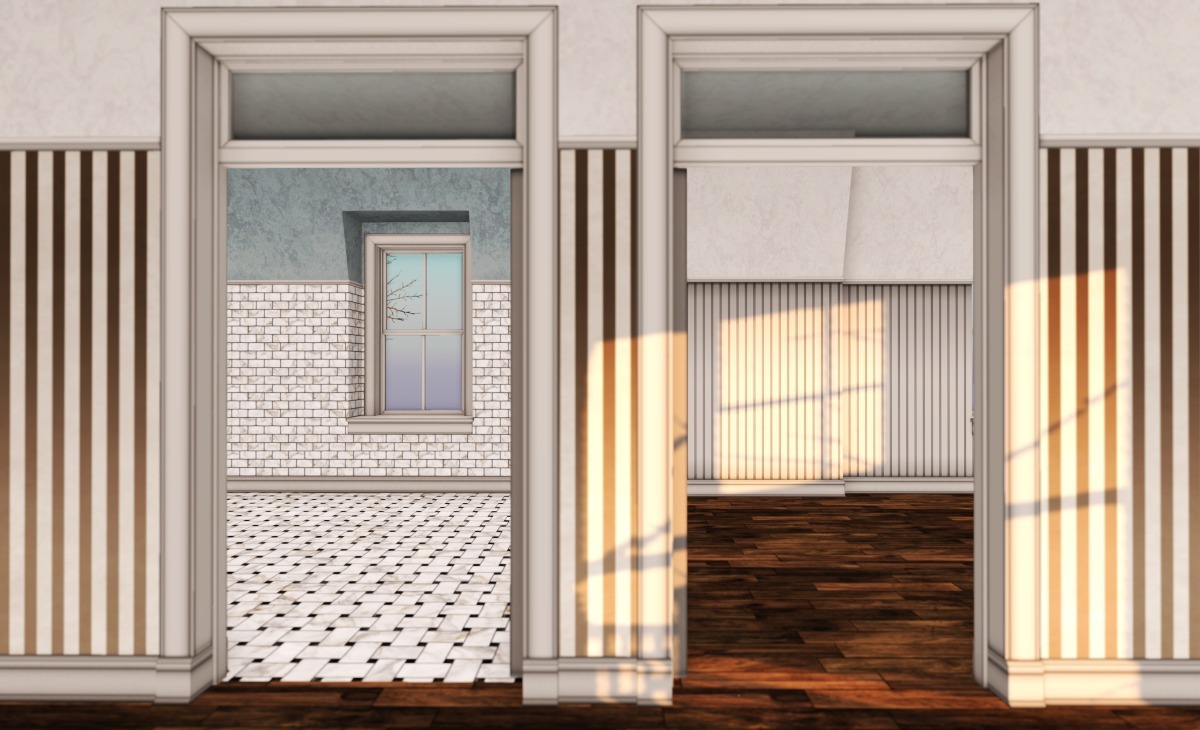 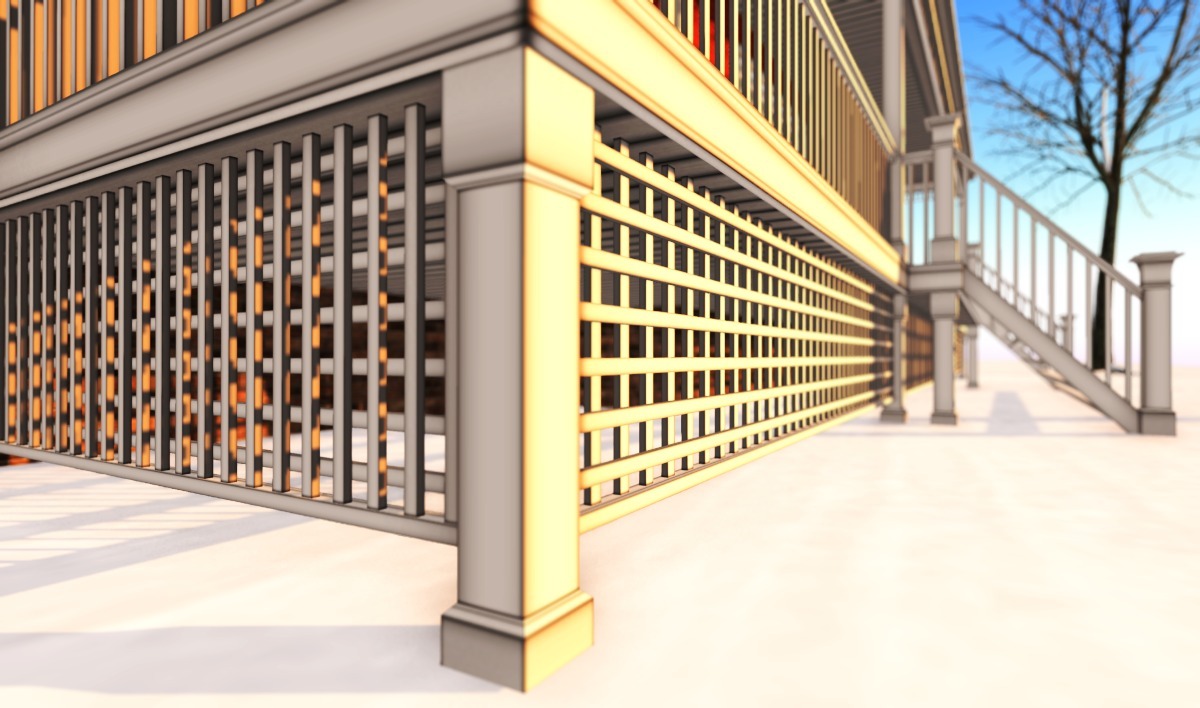 One detail that particularly calls my attention is the beautiful porch skirt – and it has to be said that the porch plays such a relevant role in this cottage project that it really constitutes an additional sitting area and a place to receive friends and interact with them. 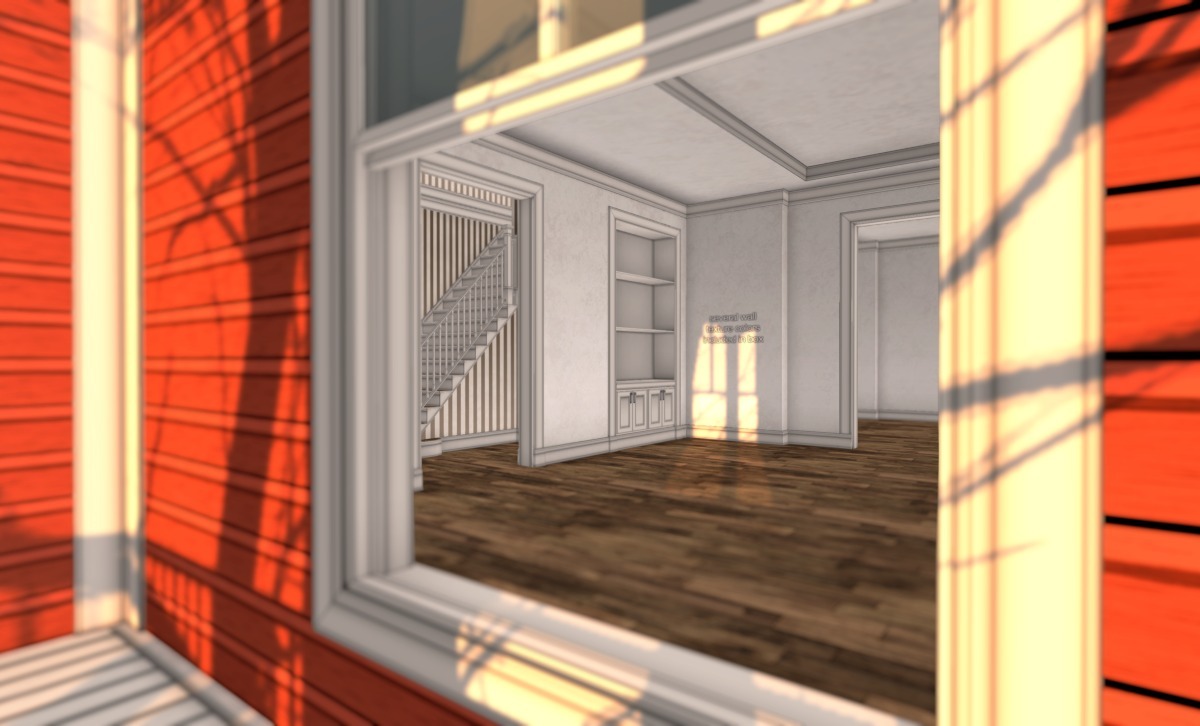 Looking inside through a window

I’ve seen the Kent Cottage at Collabor88 recently – and I hope it will be soon available at B.A.’s own store, for it’s really a great house.

Some of the most interesting buildings I’ve found at Llorisen are skyboxes – that amazing possibility brought by SL of having architectural projects that are completely focused on the internal spaces (yes, sometimes skyboxes incorporate views, but, when they do it, it’s for those views to be seen from inside the building; i.e., how the building itself will look from outside is not a big deal). For this list, I have selected the Chloe Apartment, because it’s an example of how one can conceive a simple but fully functional floor plan.

A dominating open area (front) and a separate room (back)

The apartment is a small urban space, but not a tiny one. It has an open area that may work as a living room, a dining place and a kitchen – and maybe something else can be added, such as a home office, a bar or a game corner. 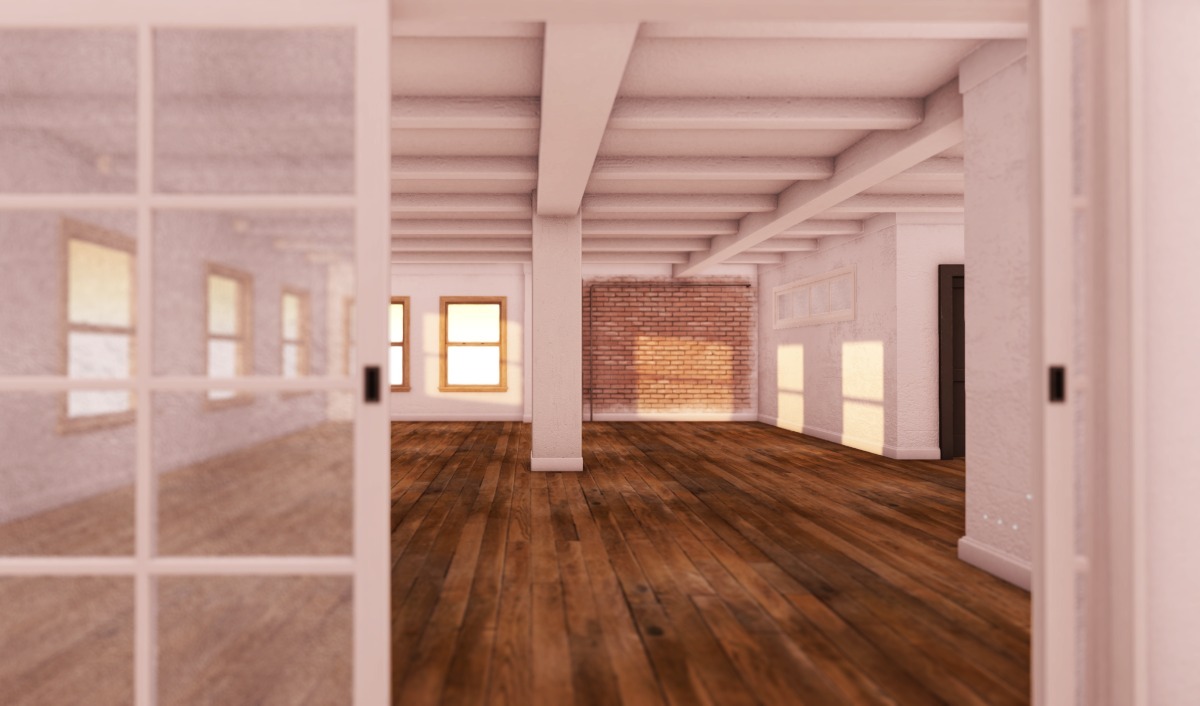 The main area seen from a separate room

Still, there are two separate rooms where one can set a bedroom and a bathroom. Those who know me are aware that, in my idiosyncrasies, bathrooms are essential items in SL living units. I cannot conceive a house or an apartment without one (except when it’s justified by the context, such as in role-playing sims where buildings belong to a past in which bathrooms incorporated to houses didn’t exist).

View from another room

On the decorative side, I got fascinated by the diversity of the materials used in the building: bricks, mortar, frosted glass (or something similar), common glass, apparent metallic tubes and wood are some of the elements that one can see in the apartment. 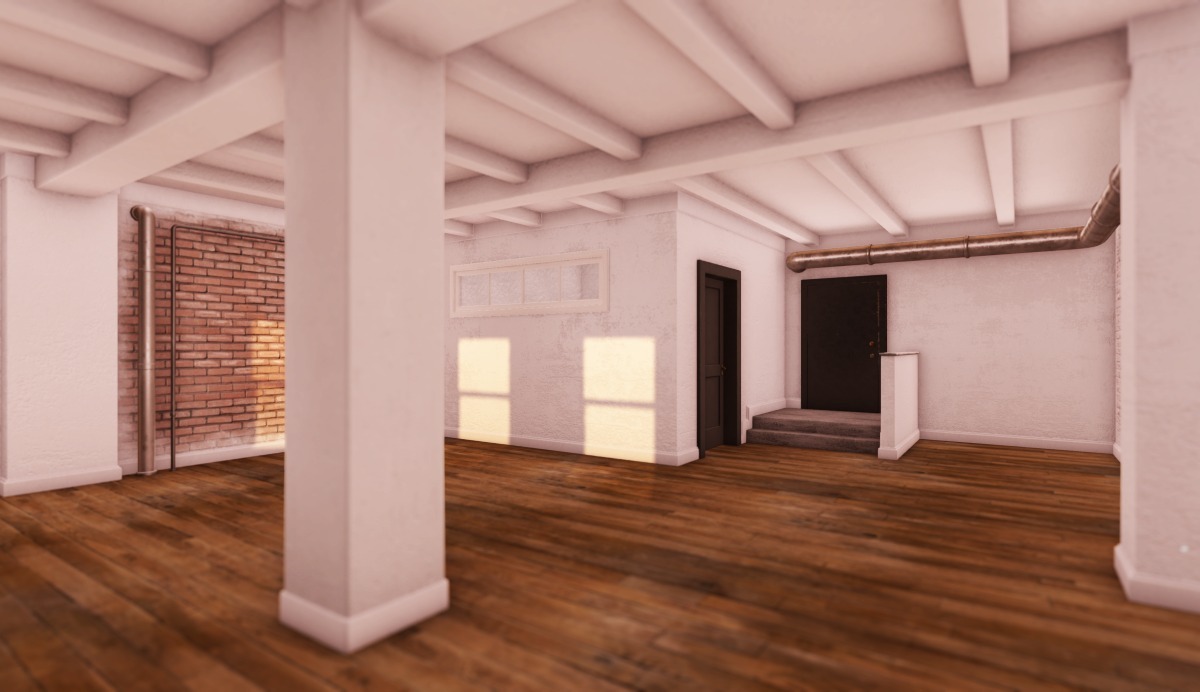 The project includes bricks, mortar, glass and metallic apparent tubes. The separate room on the back part may work as a bathroom

I also tend to enjoy the skyboxes by Vicious Decay – and in 2018 they released Virtus, a futuristic one that is not only a site where people can settle down, but above all a place to be experienced. 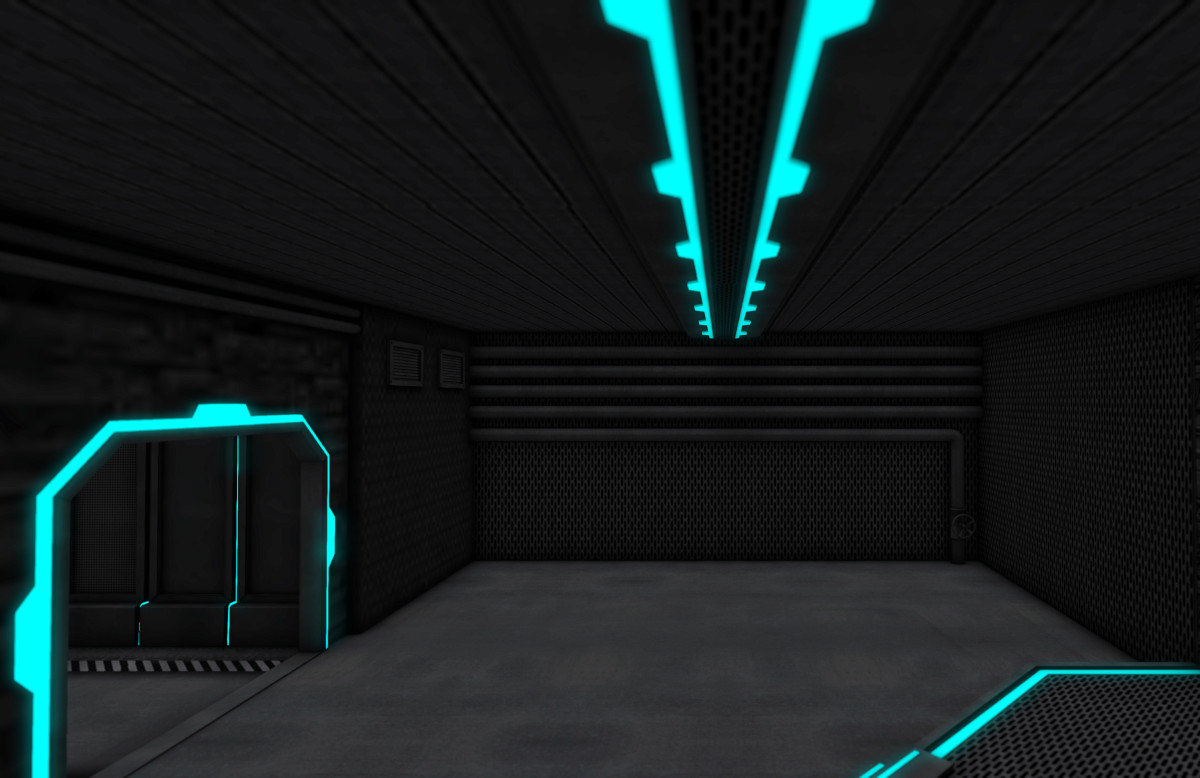 A futuristic project where eyes are guided by light

The skybox’s walls are greyish and dark, but some elements and pathways are highlighted by intensely colored lines that guide our eyes around the building. This feature creates a sense of flow and makes the whole project feel more dynamic. 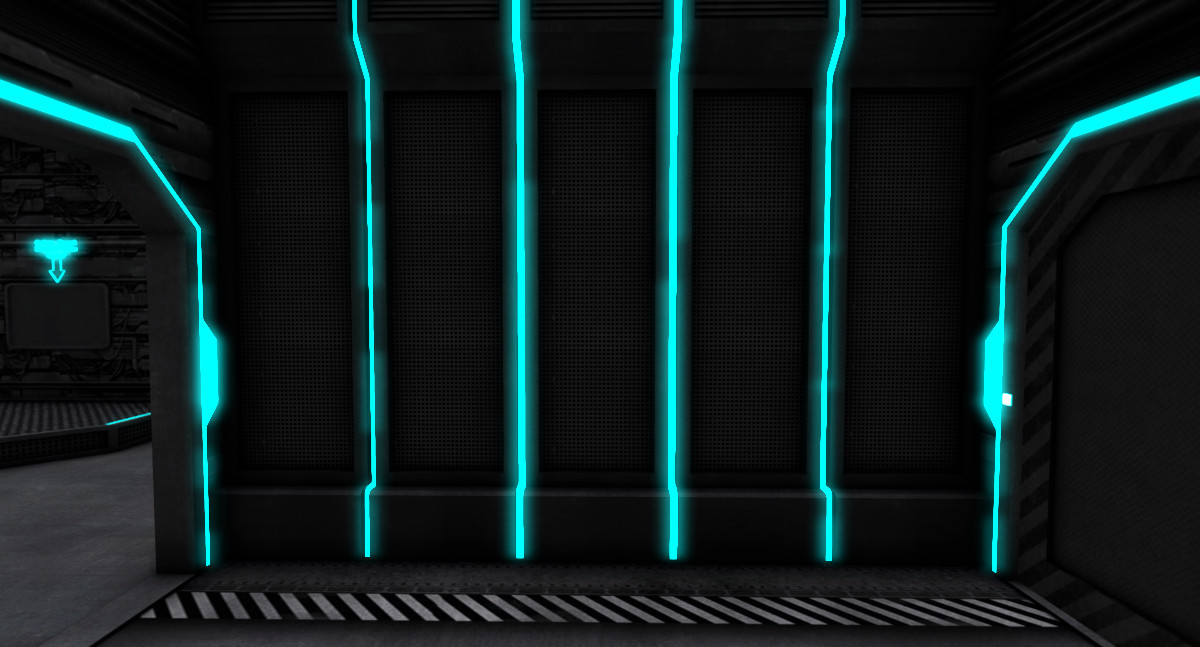 One can change the color of the lines of light, but all options are intense, as they should be in the version of the future represented by this Vicious Decay’s creation. 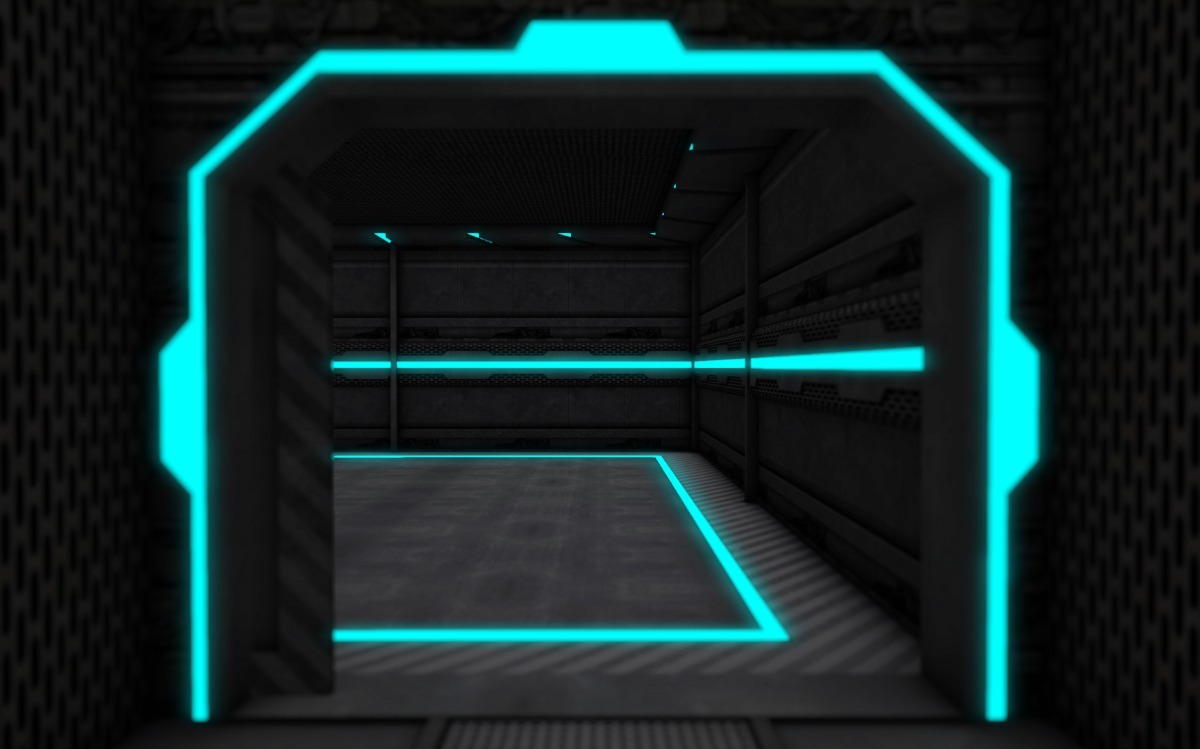 Lines of light on walls and doors 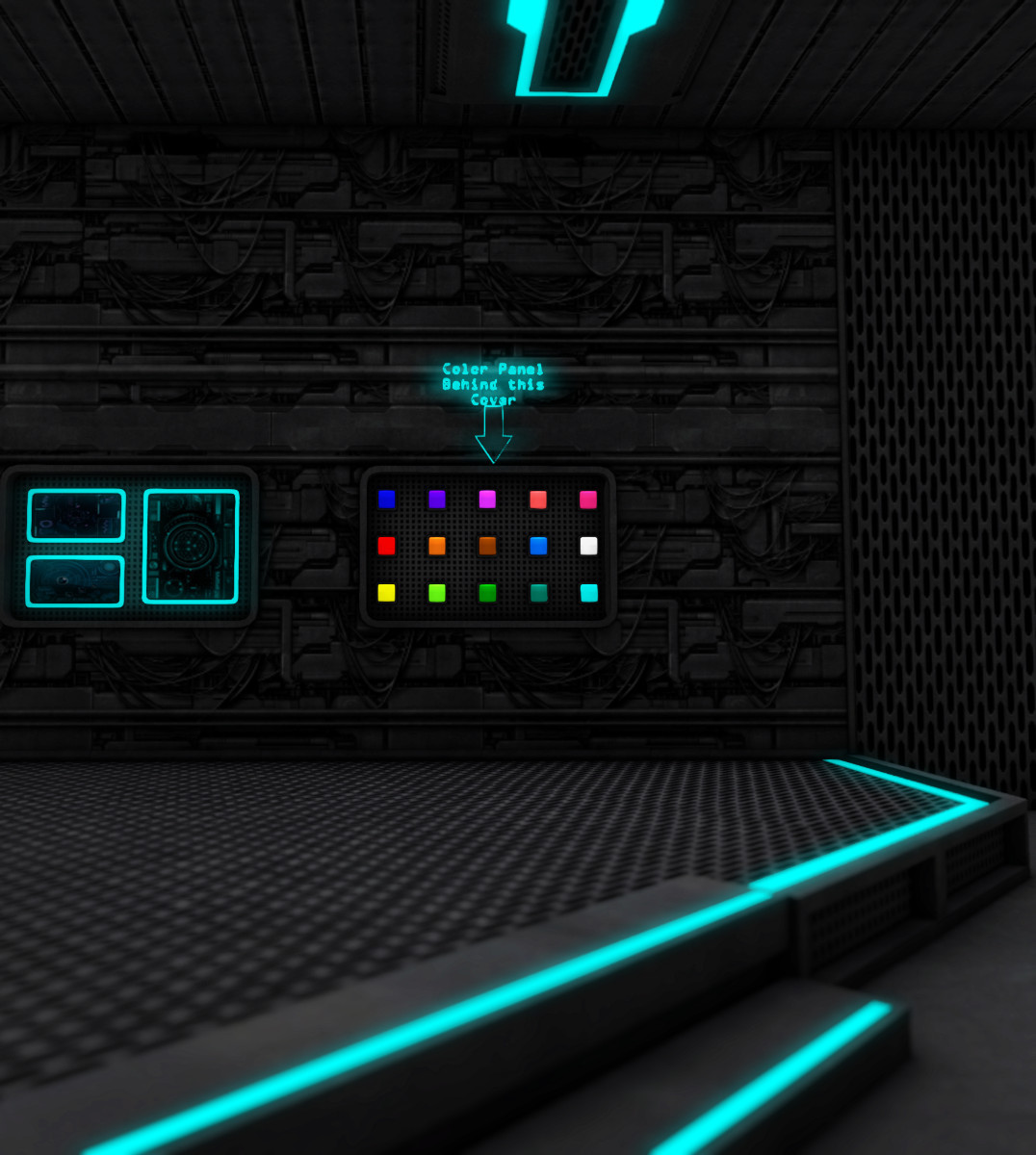 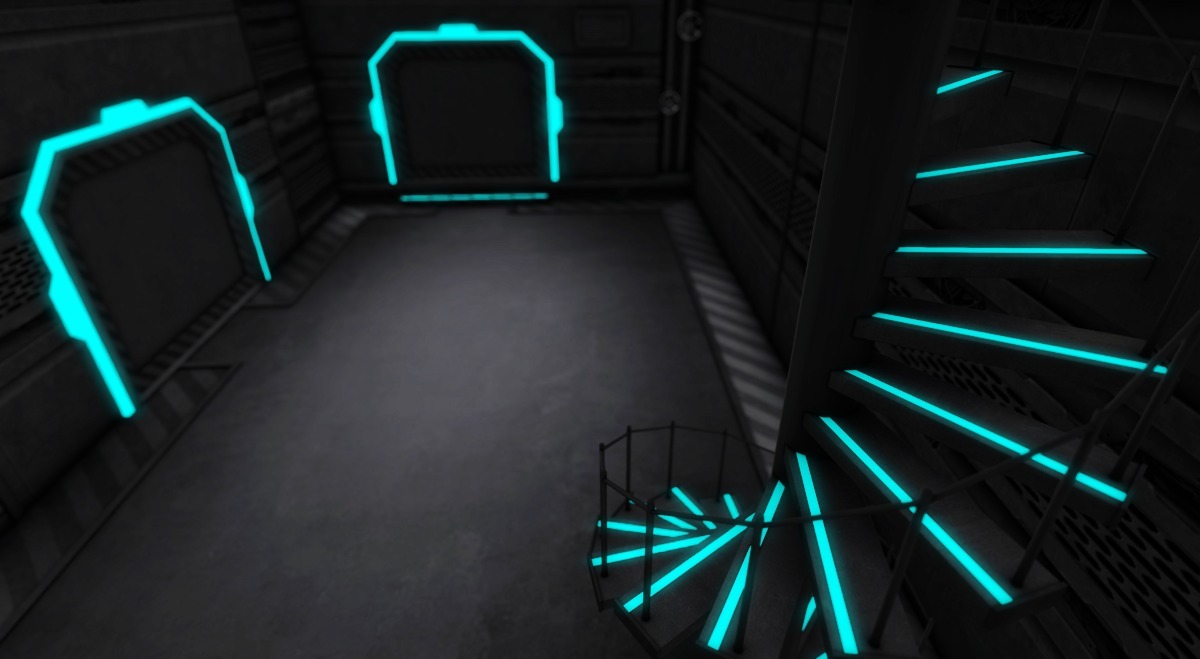 Stairs to the lower floor

This is a two-story skybox, with a number of rooms and big enough to represent a small space outpost, for instance – but of course one can employ it as a family living unit or find other creative uses for it.

Doors on the second floor

There is a secret room in the skybox, that one will have almost no clue about unless the owner indicates it. Besides that, another room is protected by a code on the door. This may have many uses in a role-playing environment and it’s surely something amusing to play with. 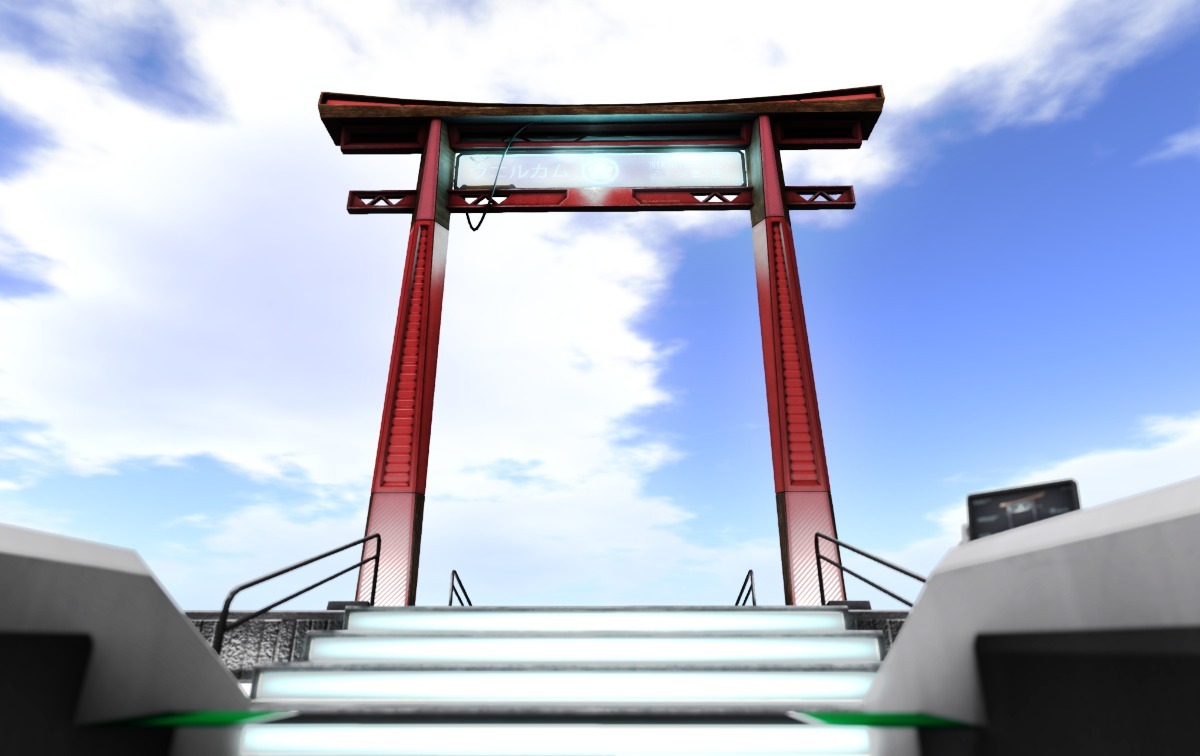 A torii with light, hologram, different materials and details such as loose cables 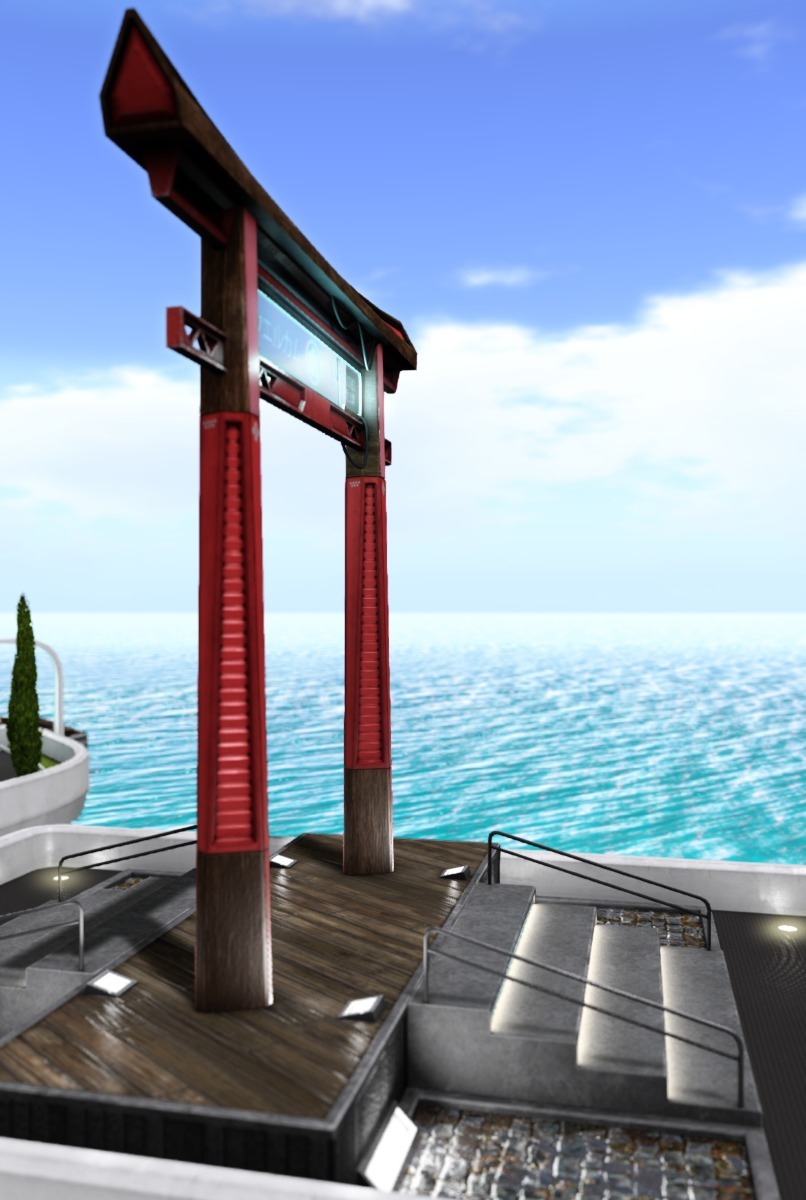 The Cyberpunk Torii in perspective

Finally, I included in this retrospective an element that is not a dwelling: it’s a torii, a traditional Japanese gate, reinterpreted in a cyberpunk version by Isil Designs.

Built as a variation of an Usa torii, it incorporates lights and holograms, which give it a futuristic feeling. The combination of varied materials increases its visual appeal, and details such as loose cables enhance the idea that this Cyberpunk Torii belongs to a less-than-perfect future.

Besides looking interesting, this torii reminds me of an important feature of SL: that it’s there not only to reproduce what we call reality, but also to recreate it, to take it as a base and transform it, remodel it, maybe even revolutionize it. This is how we build our own stories in Second Life.

3 thoughts on “From a Victorian house to futuristic projects: 2018’s architecture in SL, part 2”