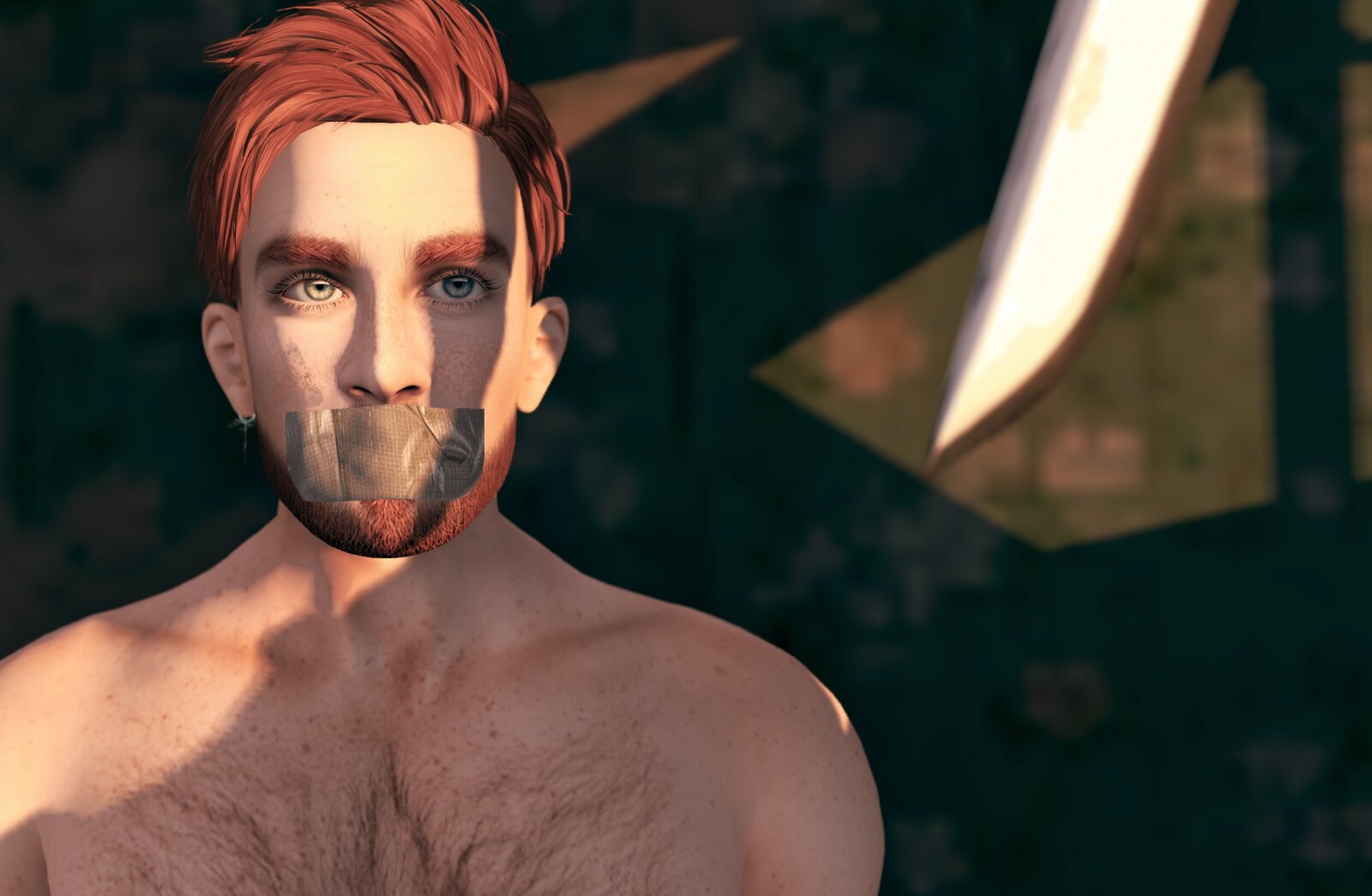 Your anger aims to silence me, your fascism intends to kill me (1)

In the beginning of October, I received a message from Mireille Jenvieve-Woodford, inviting me to take part in The Mad Masquerade, a series of activities at Ce Soir Arts, in Second Life, from this Saturday, October 20, to November 20, to celebrate “the spooky season”. I felt honored to be offered a chance to contribute with the visual exhibition for The Mad Masquerade, and I started planning what I would do, when the elections in Brazil, where I live, hit me hard.

After the first round of the elections, under the perspective of the victory of a candidate with authoritarian tendencies that dangerously flirt with fascism, my first answer to Mireille was that I had no strength to even think of a picture for the exhibition.

A couple of days later, though, I thought to myself: I cannot give up and break – and the idea for a picture came to my mind. A photo in SL will not change the world, but it has been helping me process the situation and the challenges ahead. That’s how Your anger aims to silence me, your fascism intends to kill me was born.

Brazil is facing an economic crisis and its political landscape has been shaken by massive scandals involving corruption and the deviation of public funds. In this context, an obscure politician who had no memorable project or action in over 20 years of his political career saw a chance to take advantage of the anger of the masses and wrap it with his own discourse against minorities and democracy – that was shared, it is true, by a significant part of the electorate. 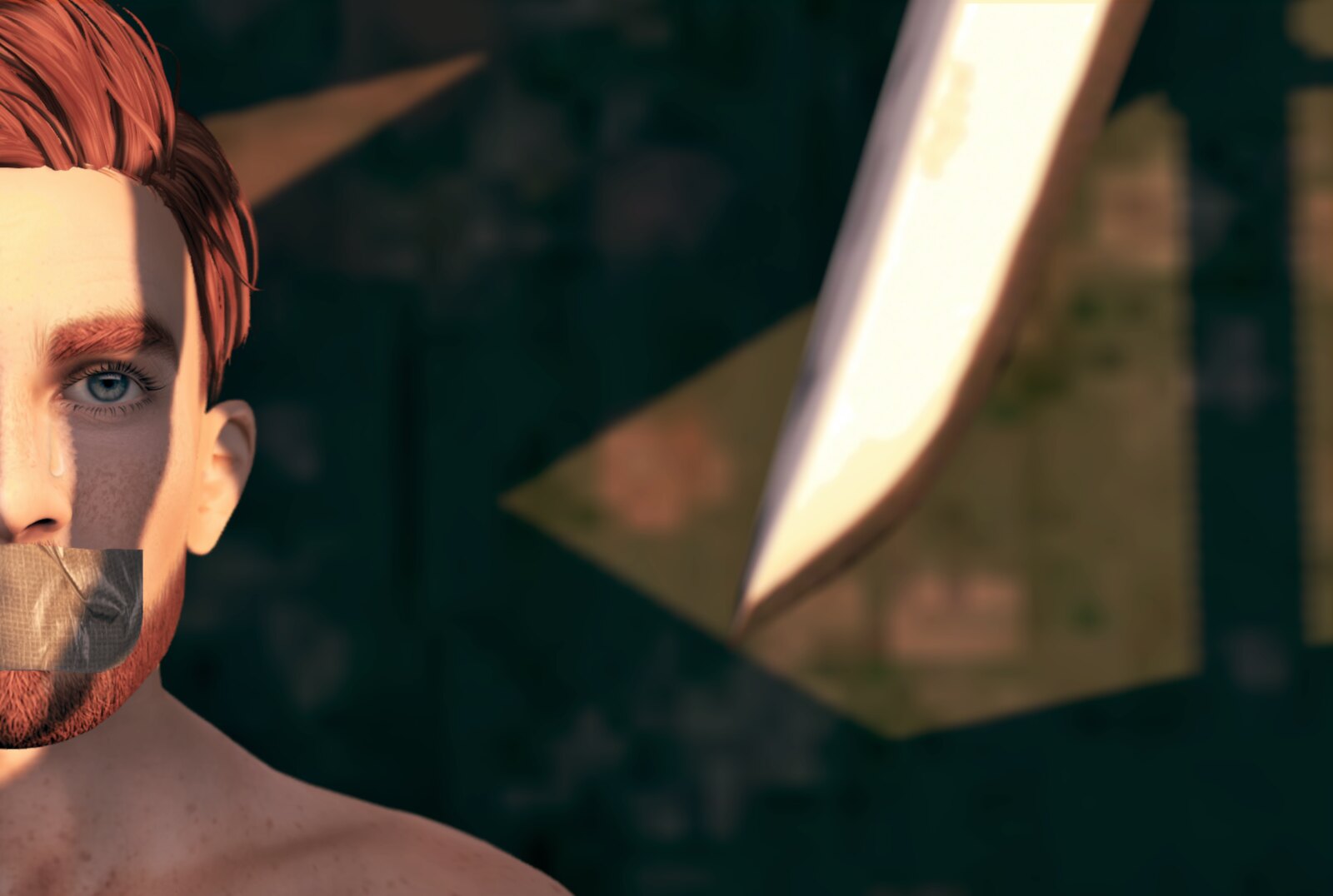 Your anger aims to silence me, your fascism intends to kill me (2)

I created Your anger…, your fascism… between the first and second rounds of Brazilian elections. The victory of the far-right already seemed almost irresistible.

The first round of the voting process was followed by about 50 attacks around the country by supporters of the authoritarian politician, either against opponents or against minorities. One of the cases resulted in the death of a 63-year-old capoeira teacher, who was stabbed after he had declared that he had voted for another candidate than the far-right one. A few days later, a transgender woman died in an attack by a group of male supporters of the extremist candidate. In an additional case, another transgender woman was hit with an iron bar by a group of men who were chanting slogans against LGBT people and mentioning the far-right contender – and she was rescued by other people who were passing by. Also, after criticizing the far-right agenda, a woman had her arm broken by a female supporter of the radical leader. At least in some of the cases, attackers have been arrested, but the perspective of being taken to jail doesn’t seem to have stopped them. It should be noticed that the majority of the occurrences happened after it was confirmed that the authoritarian candidate had, by far, the highest voting percentage in the first round of the elections.

(The extremist leader, himself, had been knifed during his campaign by a man who seems to be mentally ill. All the other candidates had condemned the attack).

The election is not over, but the far right seems to be dominating the political arena. There is no option but trying to resist. Hiding would be a symbolic death. And resistance, in a way, will mean the simple act of being ourselves. That’s why I decided to go on and produce the picture that Mireille kindly asked me for. That’s what I would normally do, and that’s what I did.

Your anger…, your fascism… is a series of two photos taken in SL. They are similar, but slightly different from each other. Both can be seen on this post and on my Flickr page, but only one of them will be in the exhibition at Ce Soir Arts – and, there, it incorporates the title in a way that doesn’t show here or on Flickr.