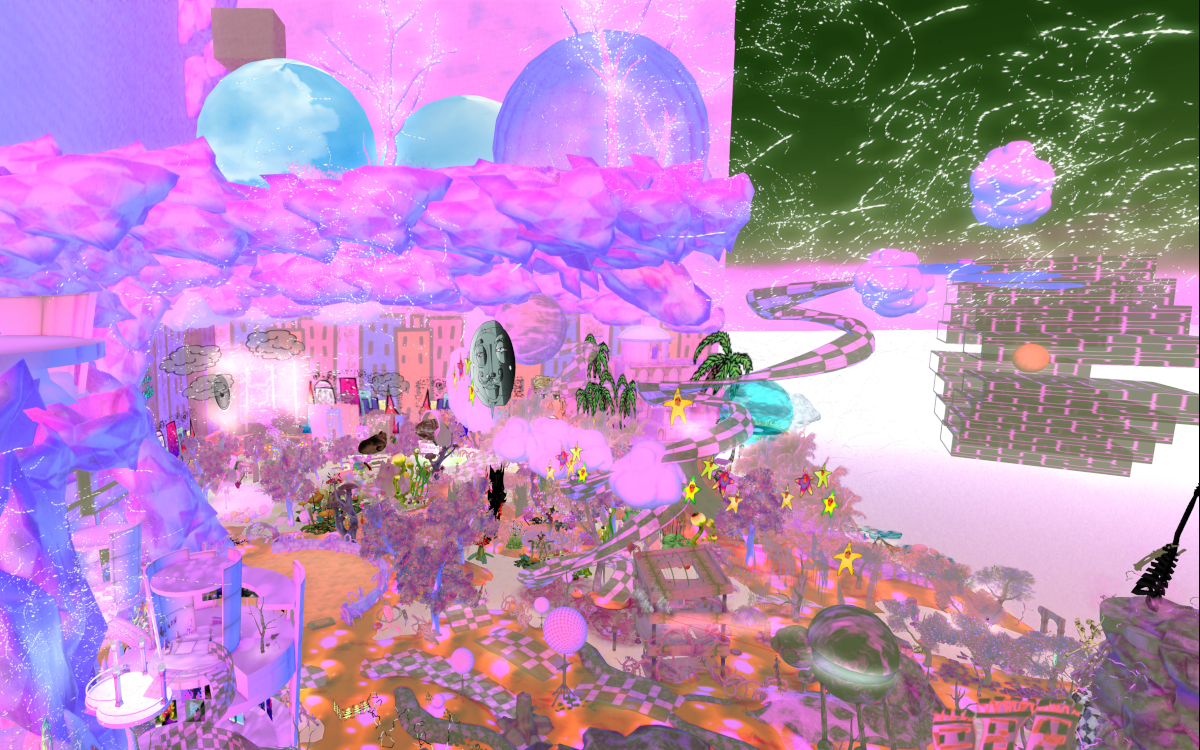 I’ve been recently invited to contribute with some pictures to Mix Tape, an exhibition at LEA 11 that opens today, Sept. 30, in Second Life, with a party at 12 pm SLT featuring DJ Kaj Juutilainen. The somewhat chaotic installation built by Souix for LEA translates music into a visual representation that sends visitors into a world of information and stimuli from all directions, in a vibrant, exciting environment. In a way, it’s expected that the sim be planned to affect people by means of referring them to their musical memories, but what particularly touched me about Souix’s installation is how it could also impress an artist like Randy Firebrand (my husband, yes), who’s deaf and was also invited to give his contribution to Mix Tape – and produced some great photos for it. 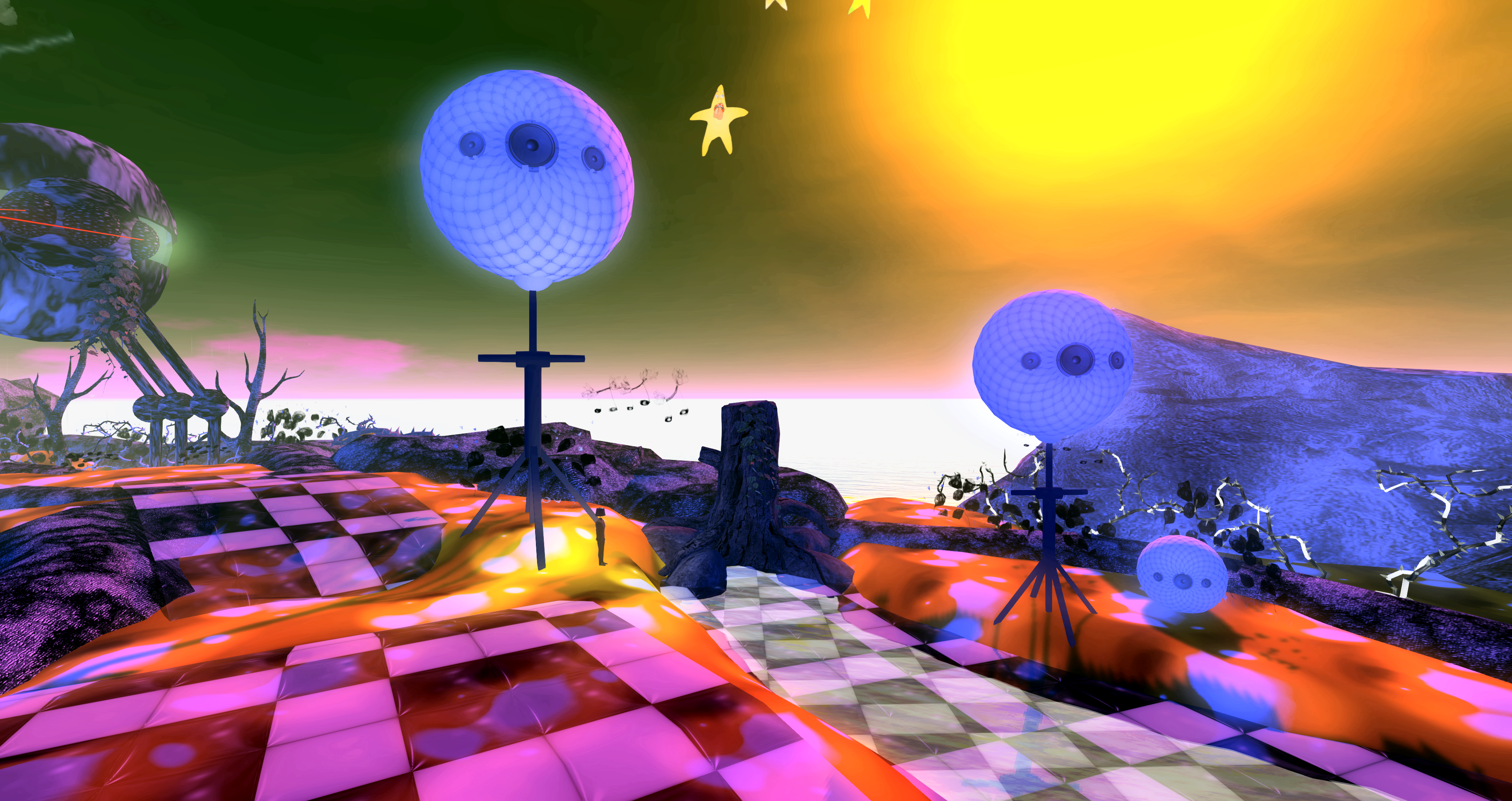 Lampman visits MIX TAPE – We Are Family (by Randy Firebrand)

The idea with the collaborations was to contribute to a small gallery that Souix built for the exhibition. He asked some artists to produce photos that would translate into a visual composition some feeling or idea evoked by a song or music, or to create a scene within the installation he built, linking it somehow to the concept of music – or to follow any other direction involving visuals and music. 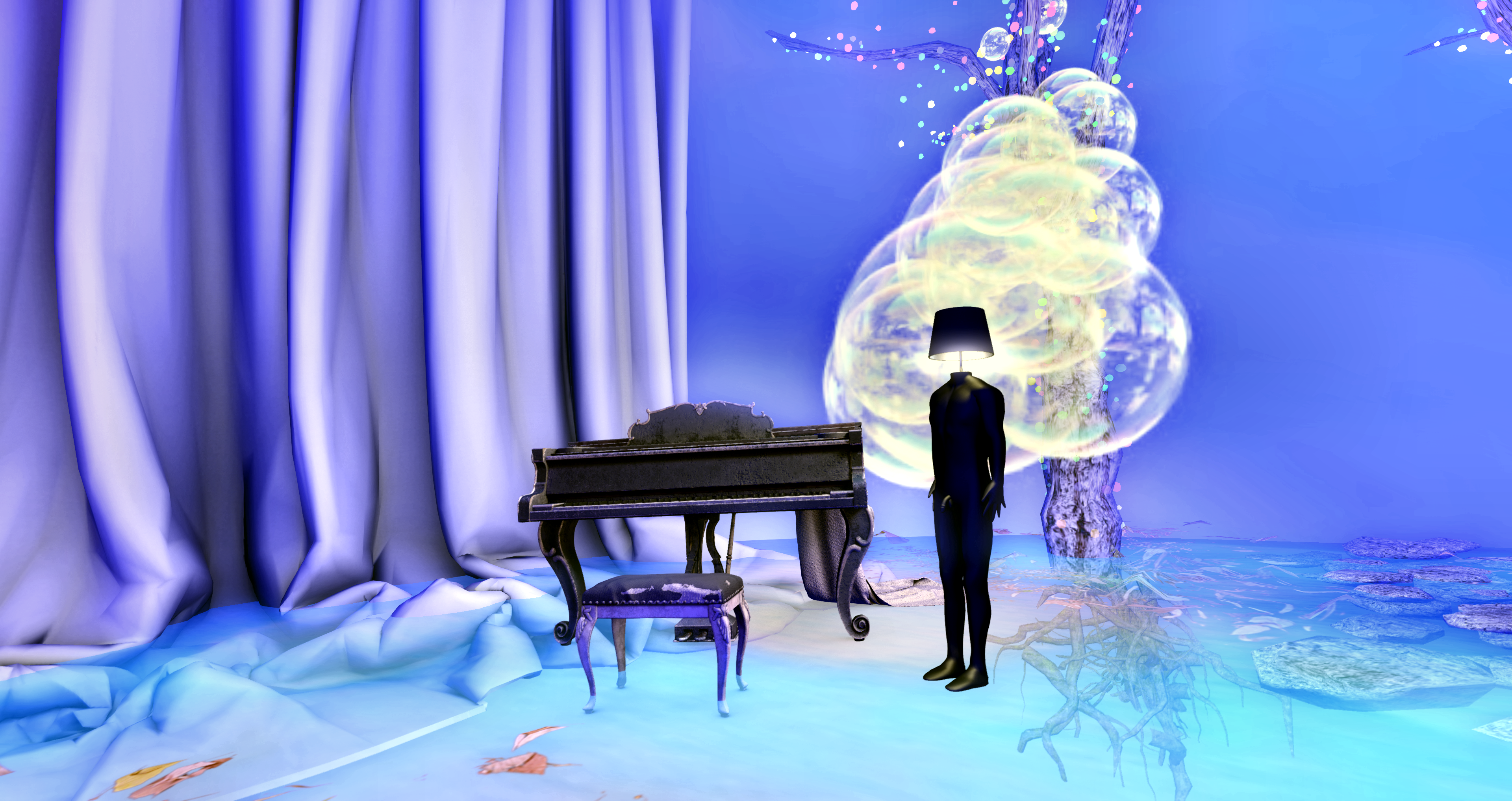 For sure, even not hearing, Randy could have built scenes inspired by some song verses. But he went further. He sent a character, Lampman, to visit the sim and created compositions that are marked by vastness. 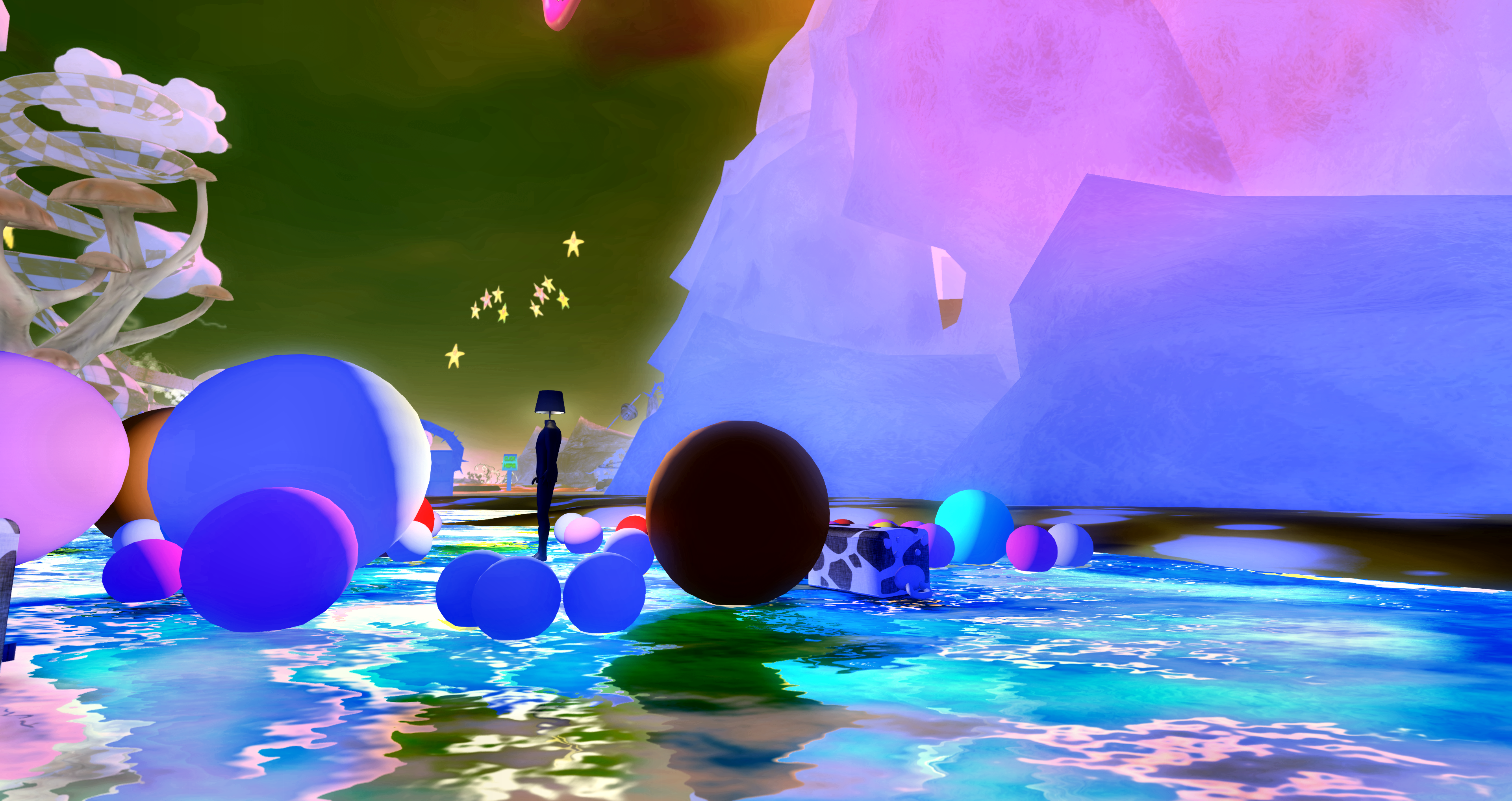 On the one hand, the amplitude of Randy’s images not only create some kind of correspondence with certain songs. It also envelopes them, building a sufficiently large environment to embrace, if not their melody or lyrics in a more specific way, their mood. 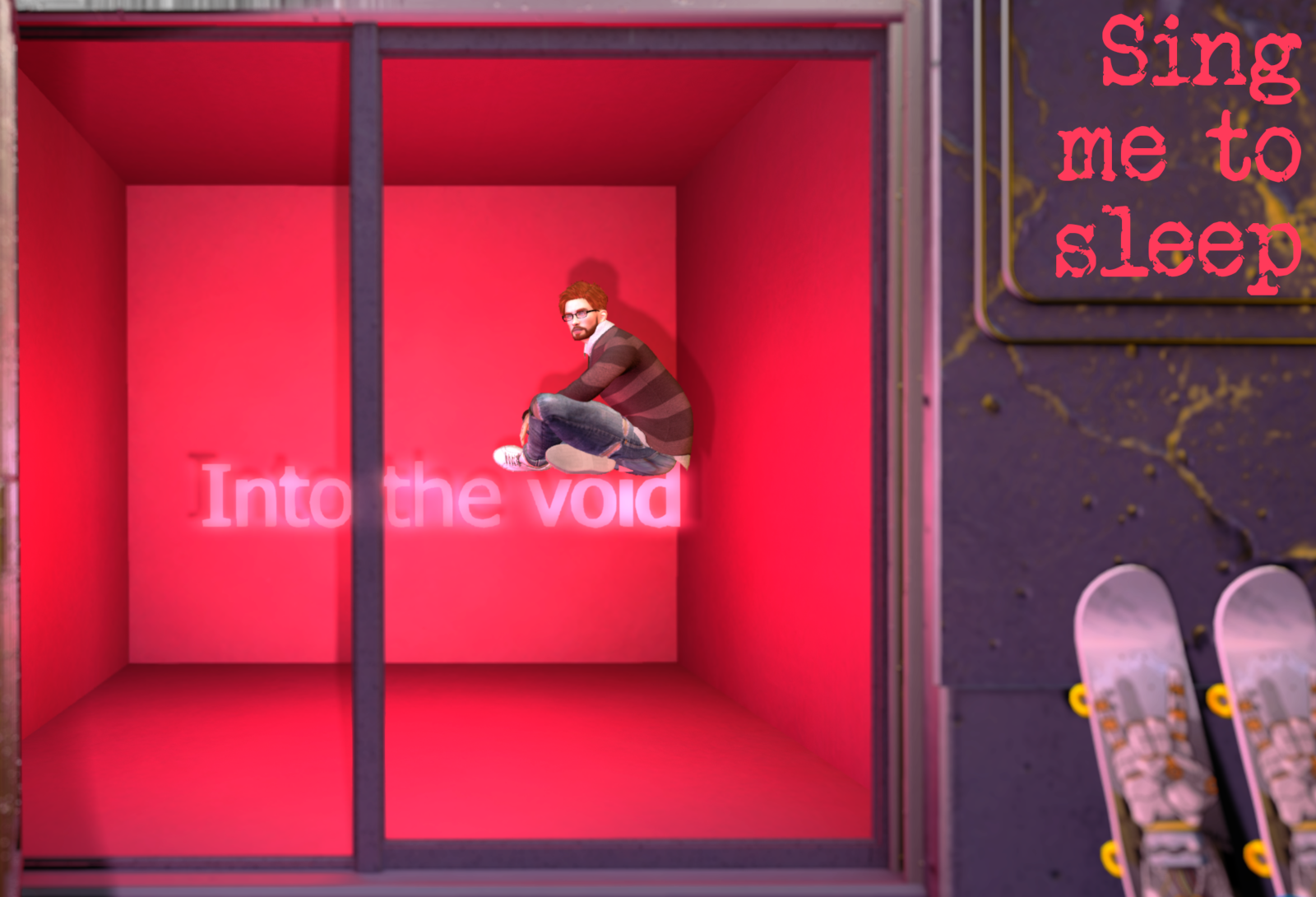 Sing to me (by Ricco Saenz)

On the other hand, the presence of Lampman, the character-object, is an interference on the scene. It’s Randy’s touch, his personal mark – and I don’t mean to interpret what exactly he wanted or meant by such a mark, I’ll leave it to each observer to take their own conclusions or even to conclude nothing from that. 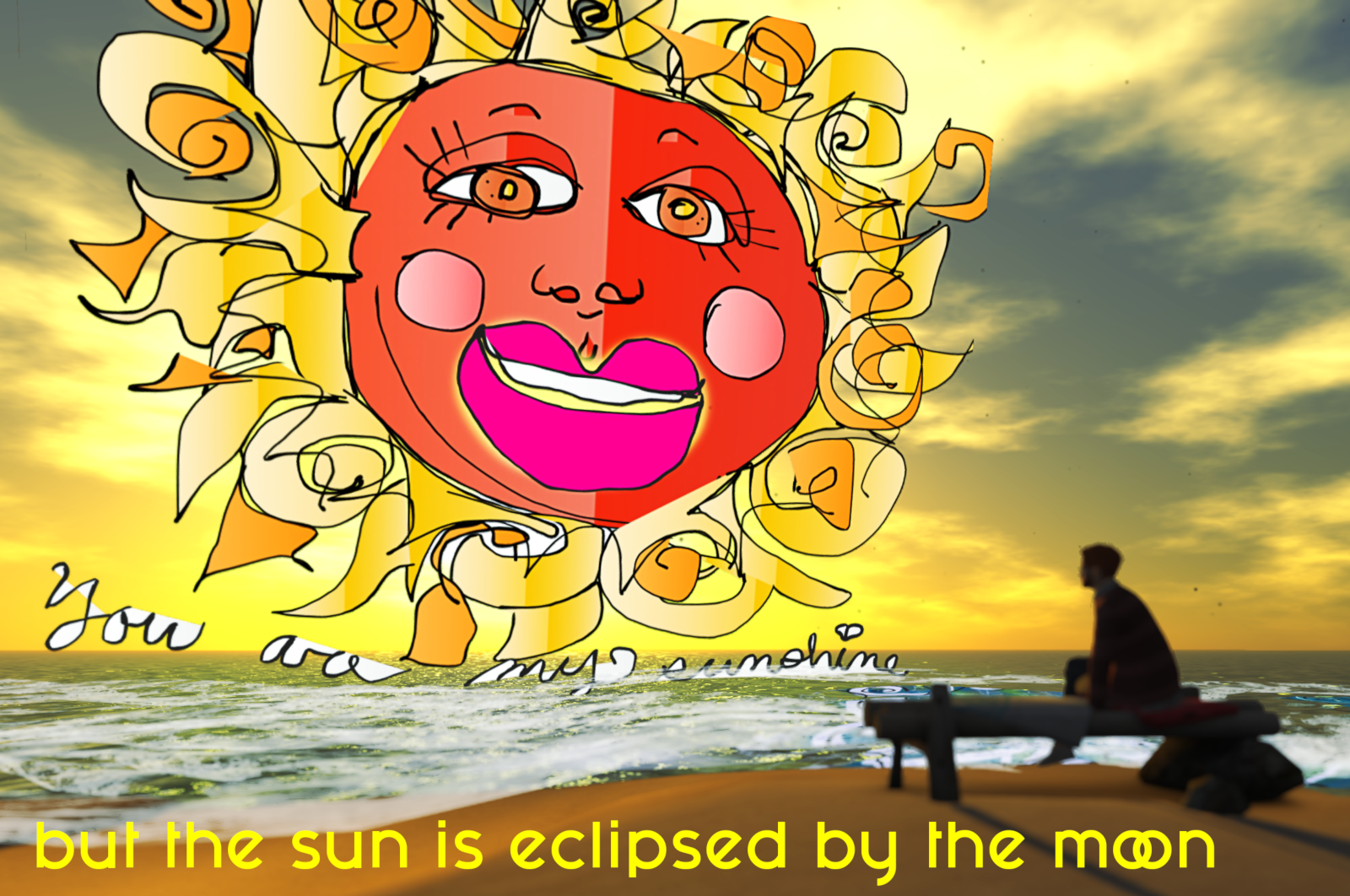 But the sun is eclipsed by the moon (by Ricco Saenz)

Talking to Randy the other day, I could also understand why or how his experience in SL is not so different from the ones of many other residents who can hear in the atomic world. He said to me that he realized some people in Second Life are deaf – even if in real life they are not – because of hardware limitations or for other reasons that will make them use SL without turning sound on. I have a feeling that, seeing what Randy produced for Souix’s Mix Tape, I could actually contemplate the implications of his observation: it’s as if the virtual world could bring him closer to other residents in ways that are not an option in the atomic world. 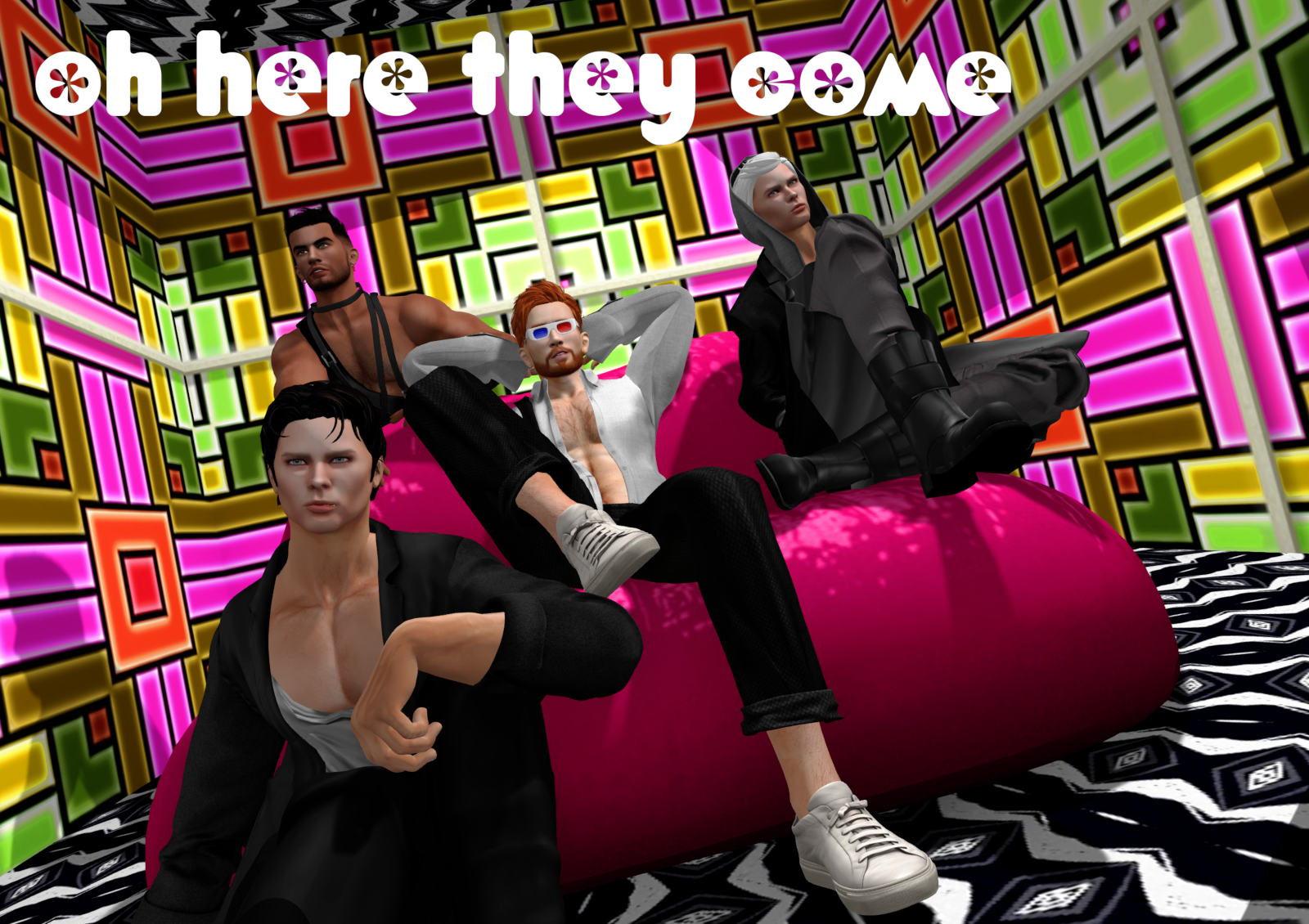 The beautiful ones (by Ricco Saenz) 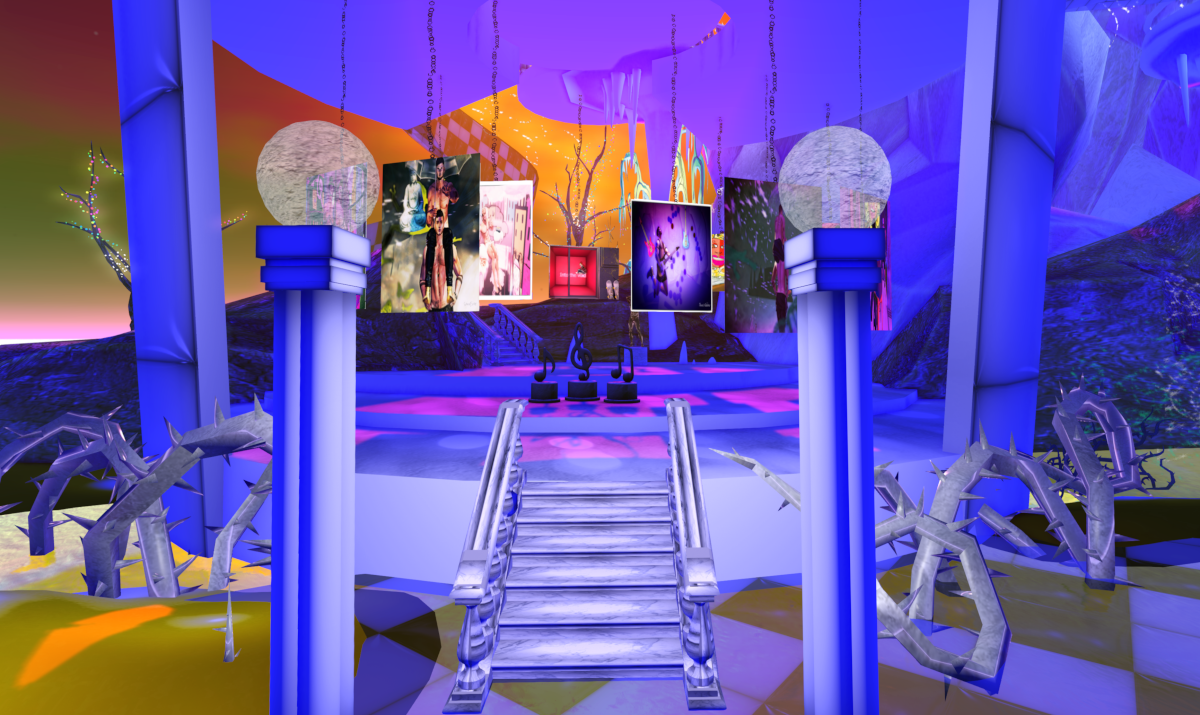 The gallery at Mix Tape

As for myself, just to illustrate how Souix’s proposal could be understood in different ways, I chose to focus on small parts of the sim and see which musical compositions they would remind me of. At least in one case, this way of proceeding took me in a direction that shocked with Souix’s understanding of that portion of his installation, which is interesting. I’m pleased with the result, and it’s very different from the outcome of Randy’s efforts.

I’d like to thank Souix for building Mix Tape and for inviting both Randy and me to contribute with its gallery. It was an enriching experience. The exhibition runs until the end of December 2018.