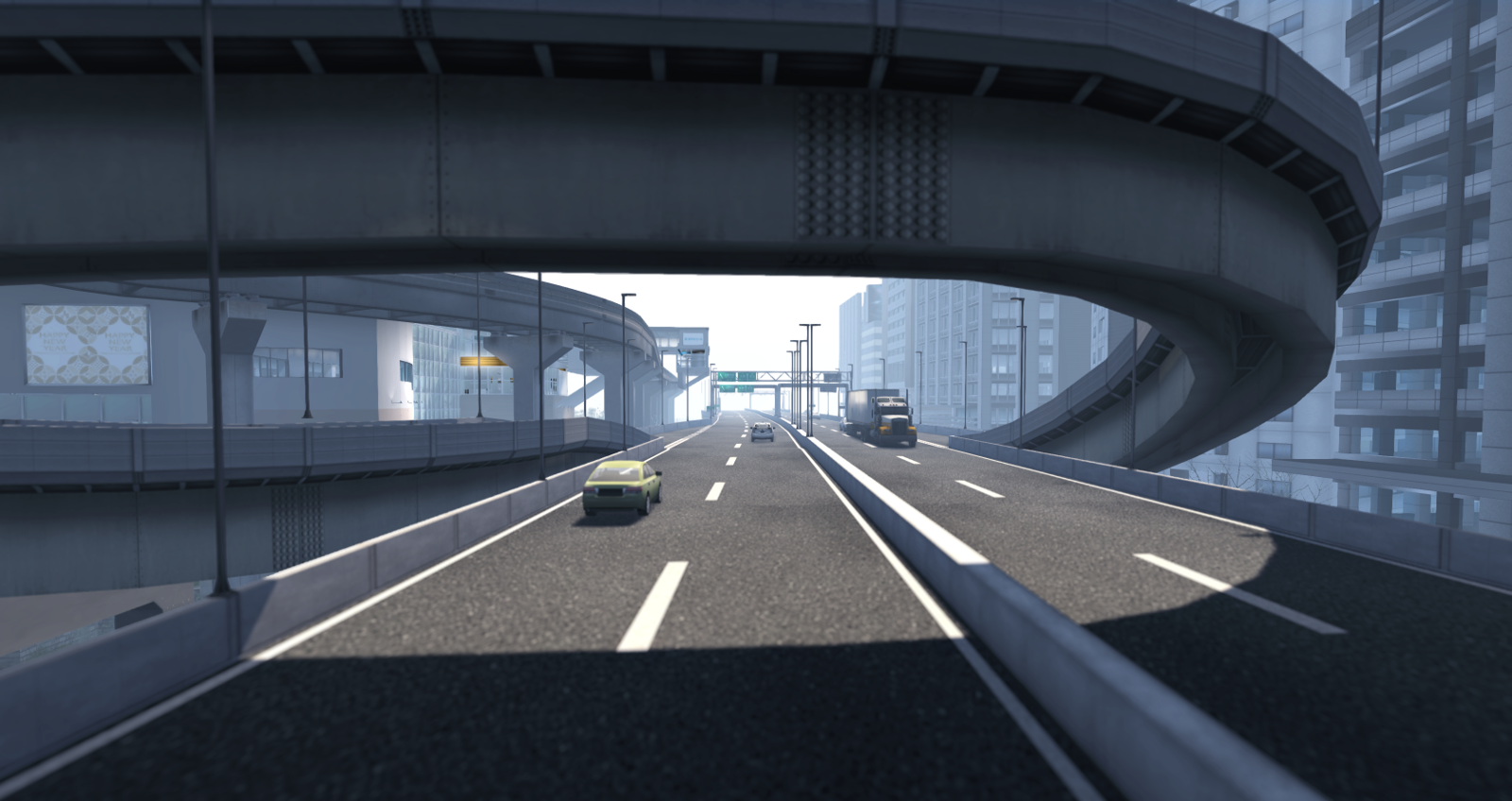 Traffic in Mopire City: not the rush hour 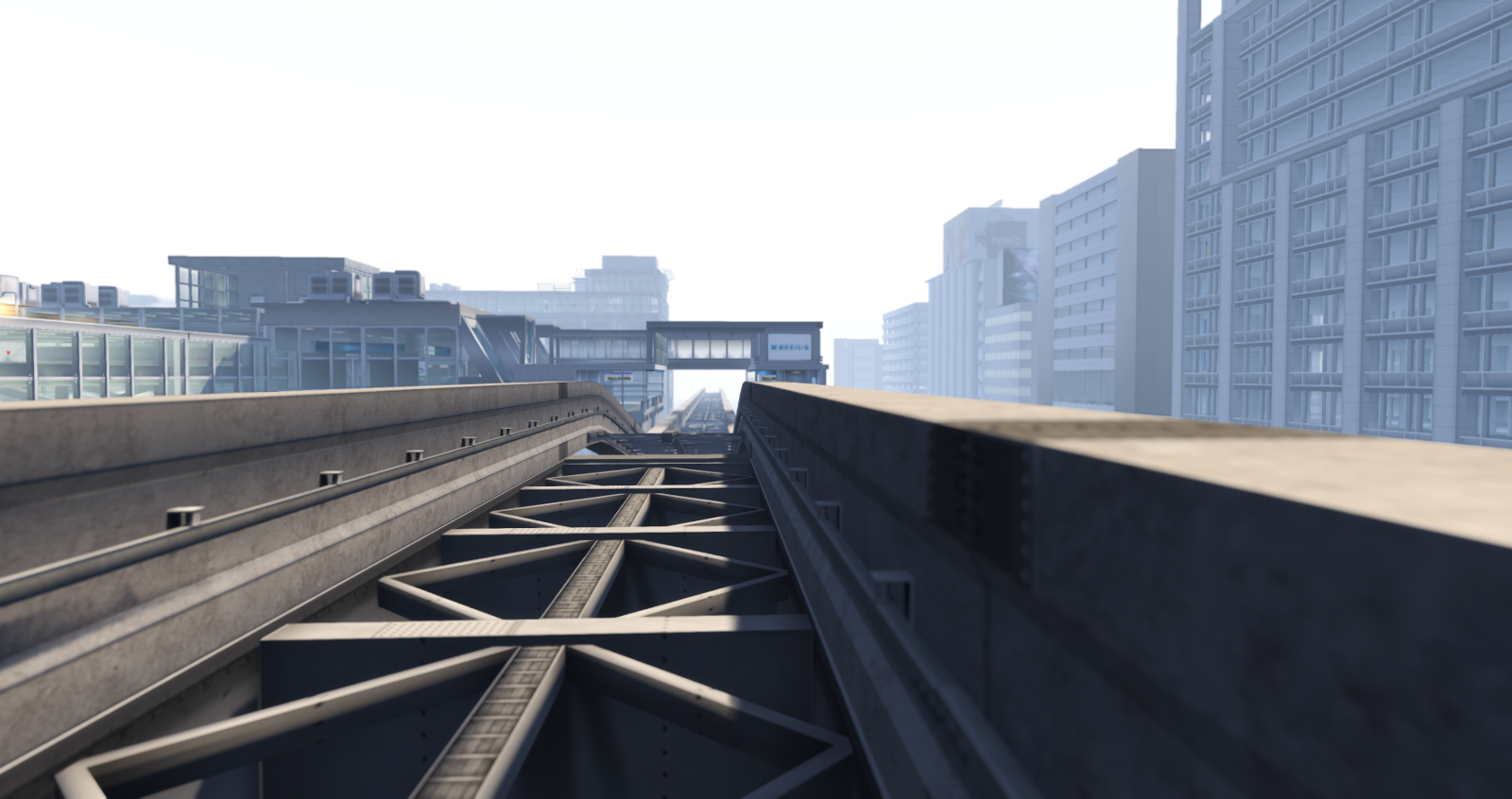 These days, when many are rightly praising the stunning visuals in Sansar, Linden Lab’s newest virtual world, it’s particularly exciting to stumble on some graphically spectacular sims that definitely demonstrate how powerful Second Life can still be, almost 15 years after its public release. This is the case of SSOC, Mopire City and Mitsumi-Town in Tokyo, a group of sims that evolved from a combat arena into a very detailed Japanese urban complex that includes some meticulously built subway stations and realistically modeled buildings, streets, highways and even an elevated railway system. 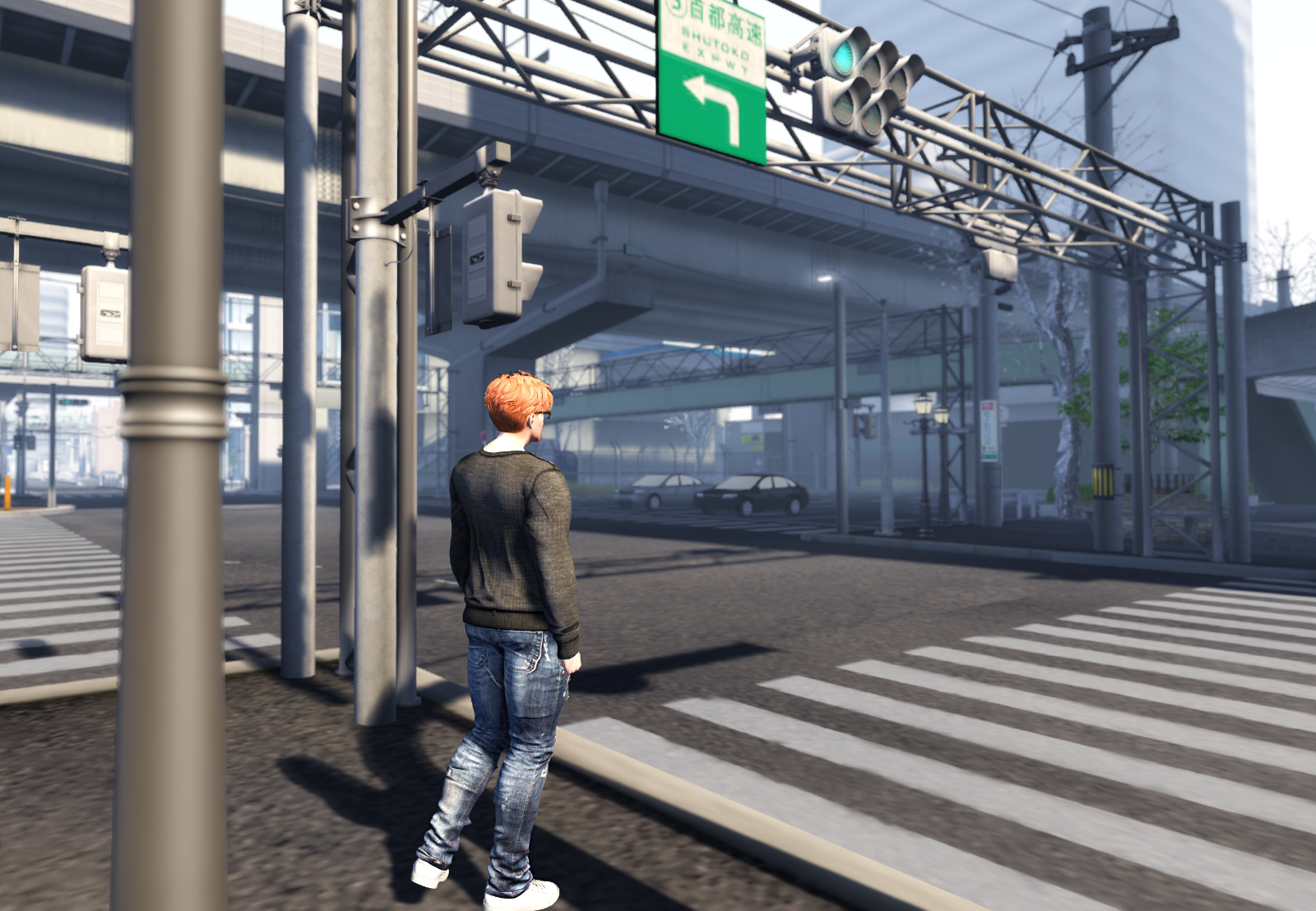 Ricco waits to cross the street

Although SL help us give some (virtual) concreteness to our views of surreal, fantastic or futuristic worlds, it is also a fertile ground for the re-production of the atomic world. By “re-production”, here, I don’t necessarily mean building scale models, but also creating an environment that reflects the world that we see out there, our cities and towns, the places in which we live. 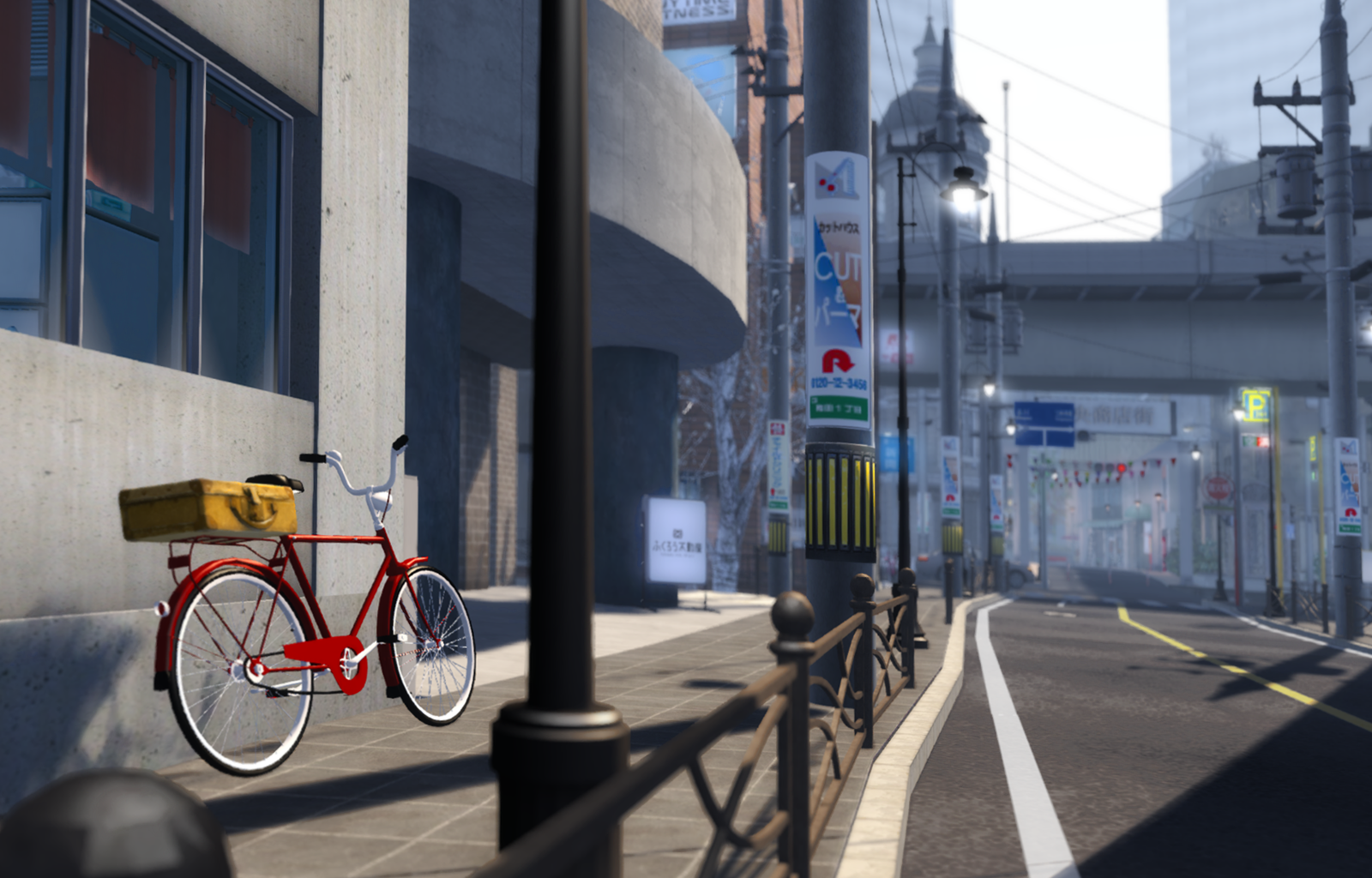 A bike left on a sidewalk in Mitsumi-Town

Mitsumi-town and, now, Mopire City’s subway stations are modeled after Tokyo areas. I cannot tell how accurately they recreate parts of the Japanese metropolis, but, together with SSOC, they truly give visitors the feeling of being in a reality-inspired environment. The sims are very rich in details and in their urban atmosphere. 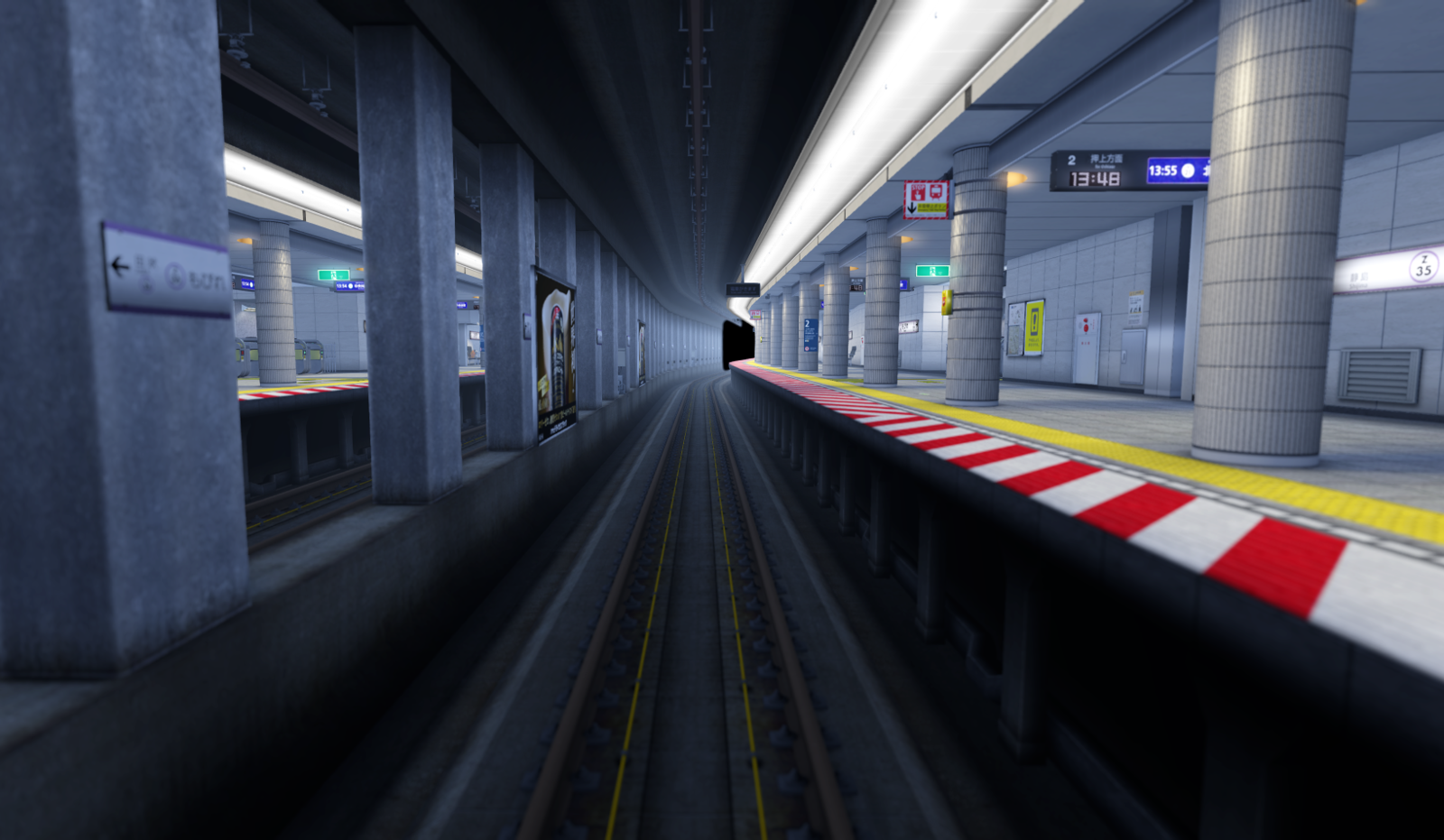 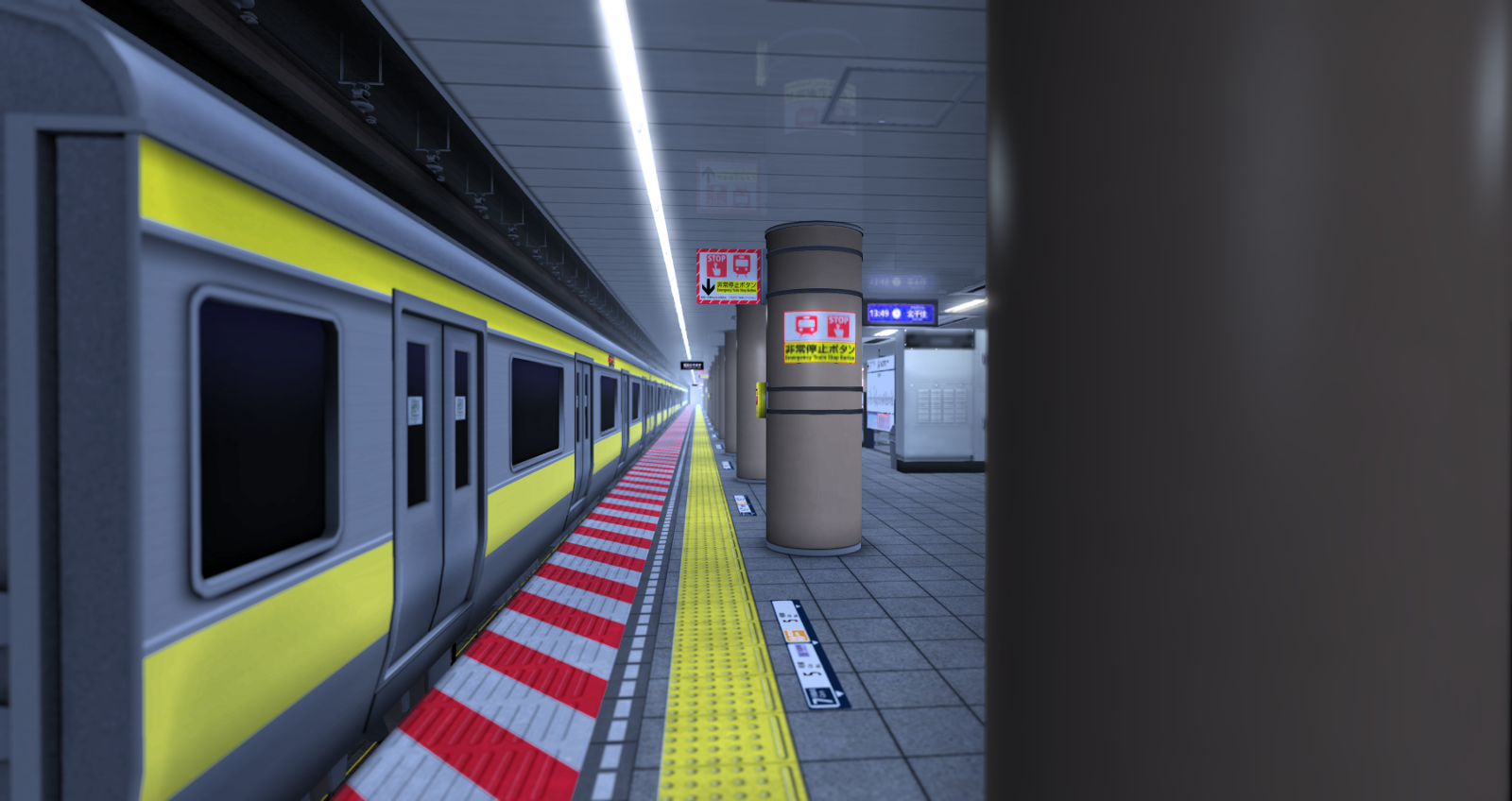 The train has arrived

The windlight values that the owners chose – if visitors adhere to the region settings – add to the sims’ visual interestingness. They insert the city in a delicate fog hit by a gentle light. By the way, all the pictures in this post use the region presets (though I have changed East angle for some shots). 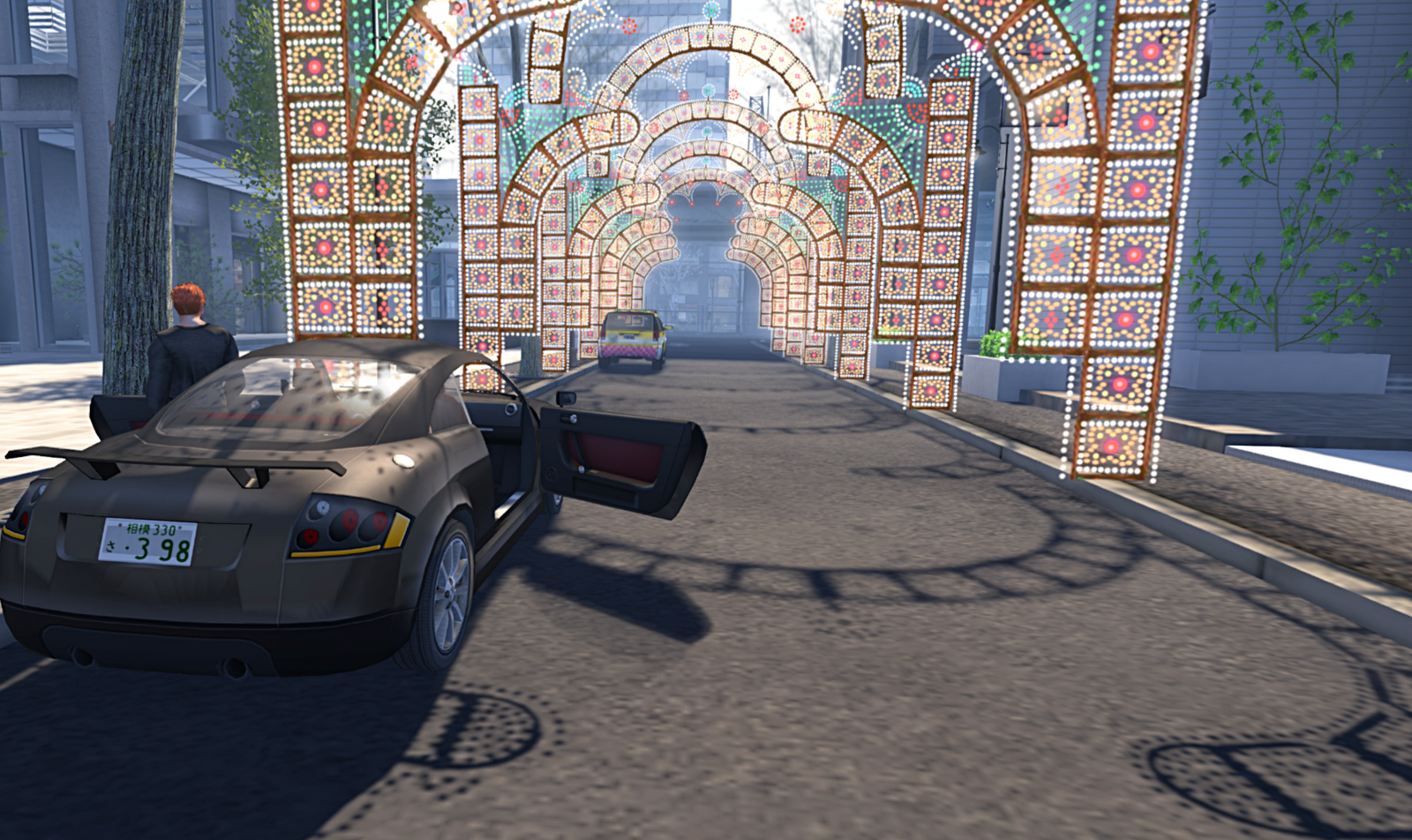 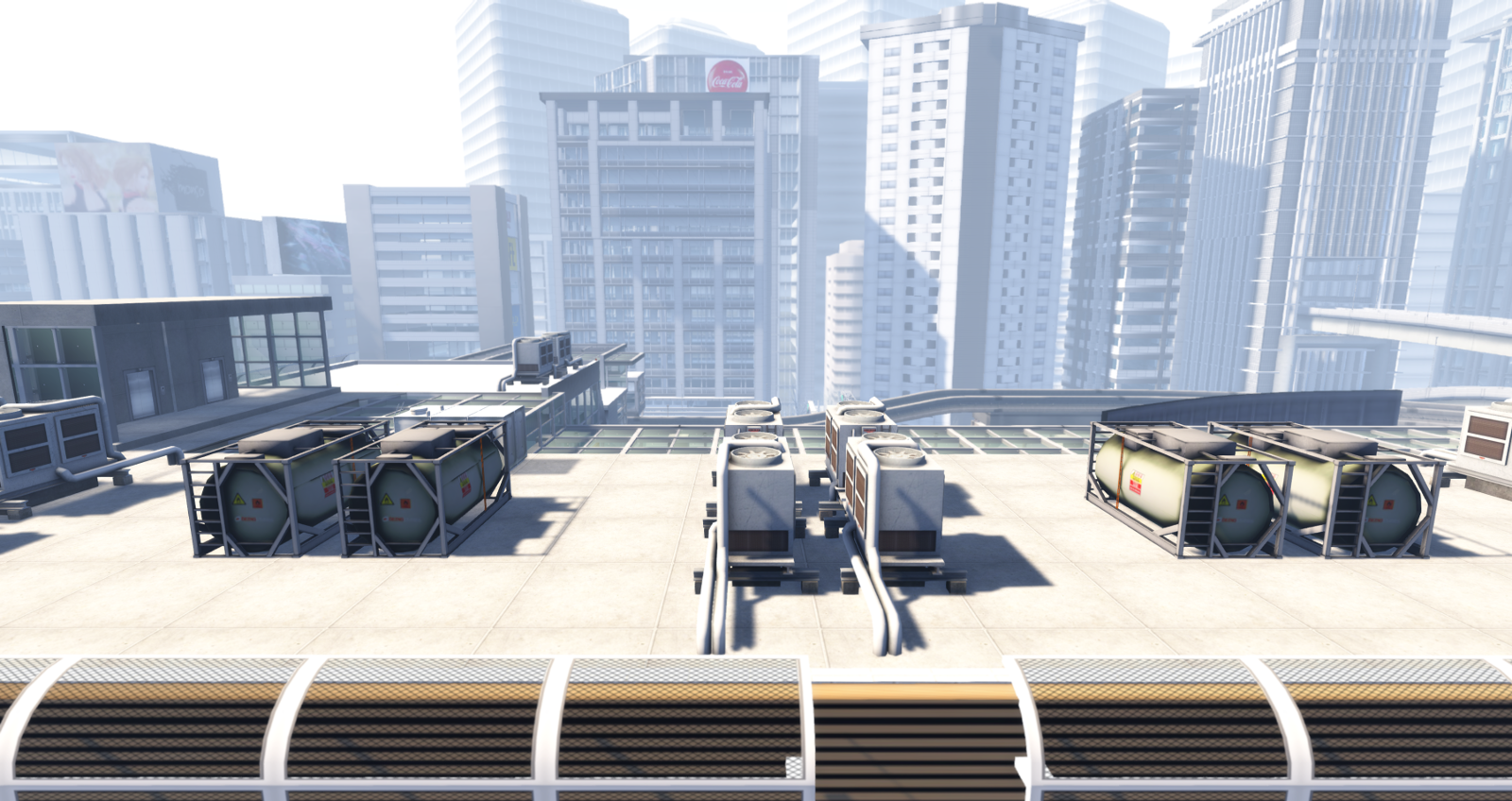 Roof and buildings: cityscape in Mopire

It is worth noticing that Mitsumi-town, Mopire City and SSOC are examples of a characteristic of SL that helps us understand how the platform has survived for 15 years in times of a super-fast changing technology: the ability – though limited – to evolve. When Second Life was launched, computers wouldn’t be able to handle such a detailed group of sims as the Japanese-inspired trio that we see here. Also, the trio itself would be impossible. Windlight, for instance, was released in 2008, five years after SL went public, and mesh import would only be available gridwide from 2011 on. It all means that the reproduction, in the virtual world, of places based on real life sites is very different today than it was in, let’s say, 2005 or 2006. 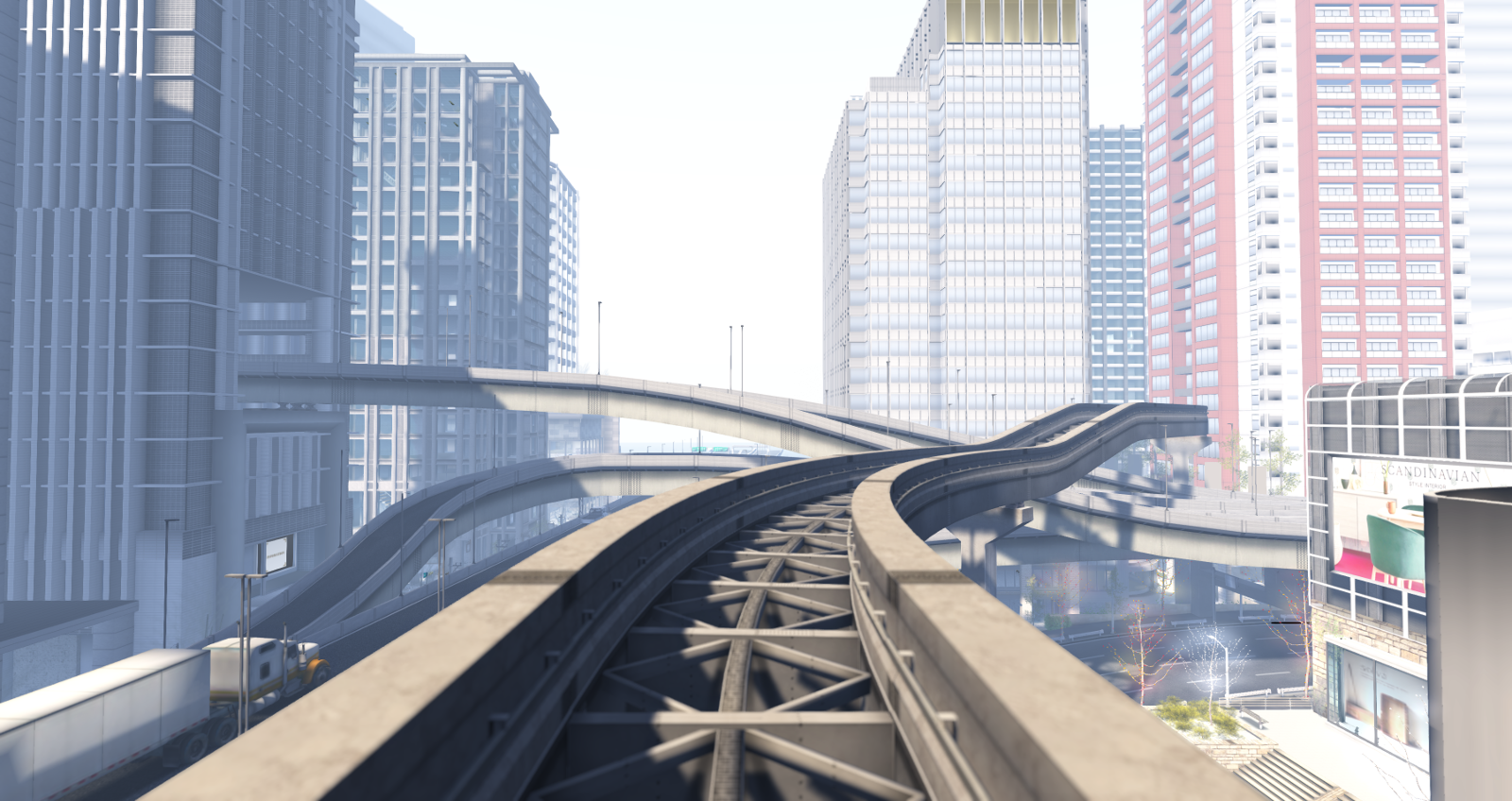 Of course, the improvements which SL went through will never make it work as if the whole platform were developed last month. Second Life survived, also, because it has built a (shrinking, but still impressive) user base that got involved with it. Nonetheless, Linden Lab’s efforts to keep and maintain SL as relevant as possible contributed to the engagement of its virtual world’s residents. 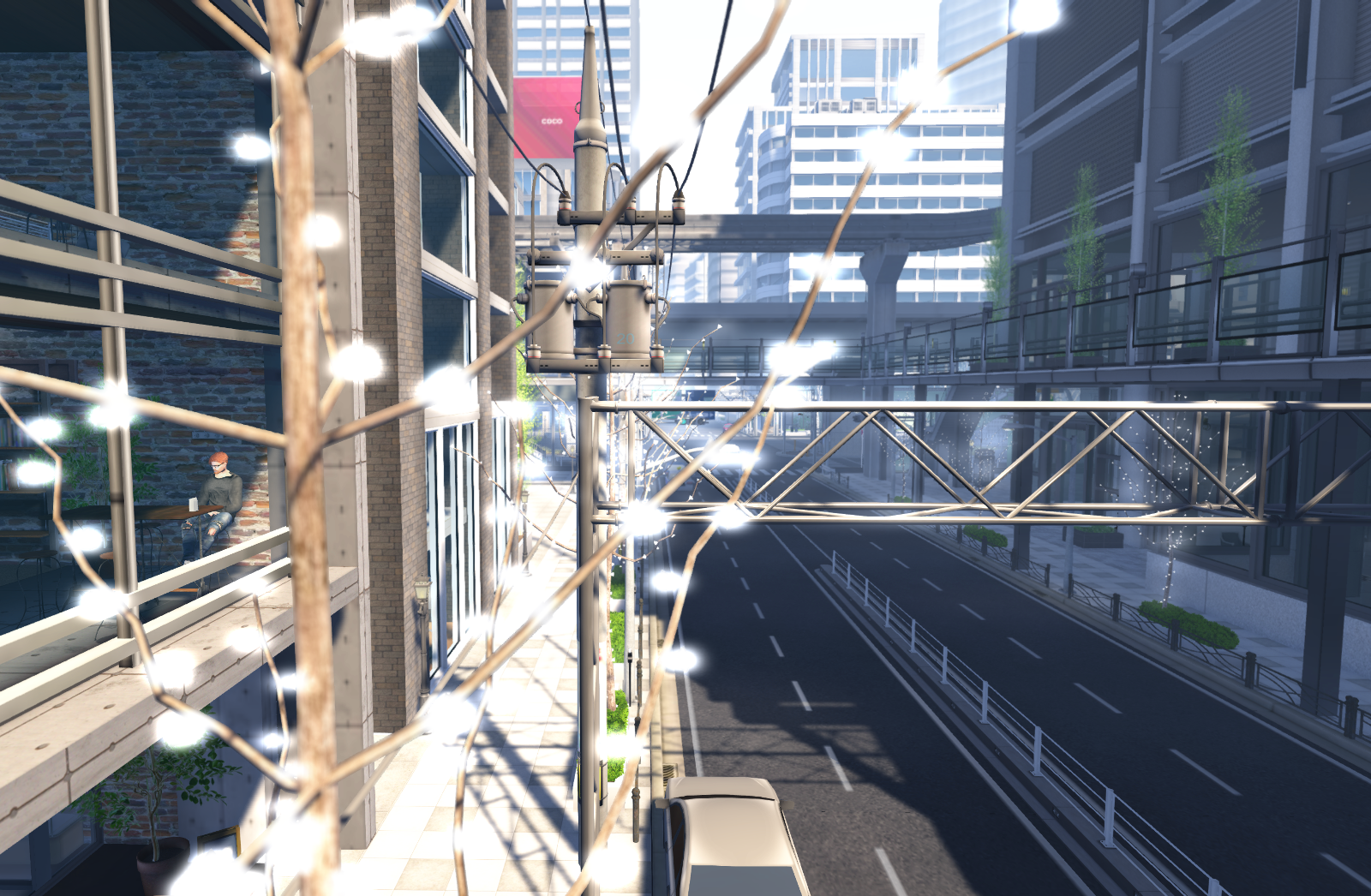 Ricco at the cafe in SSOC 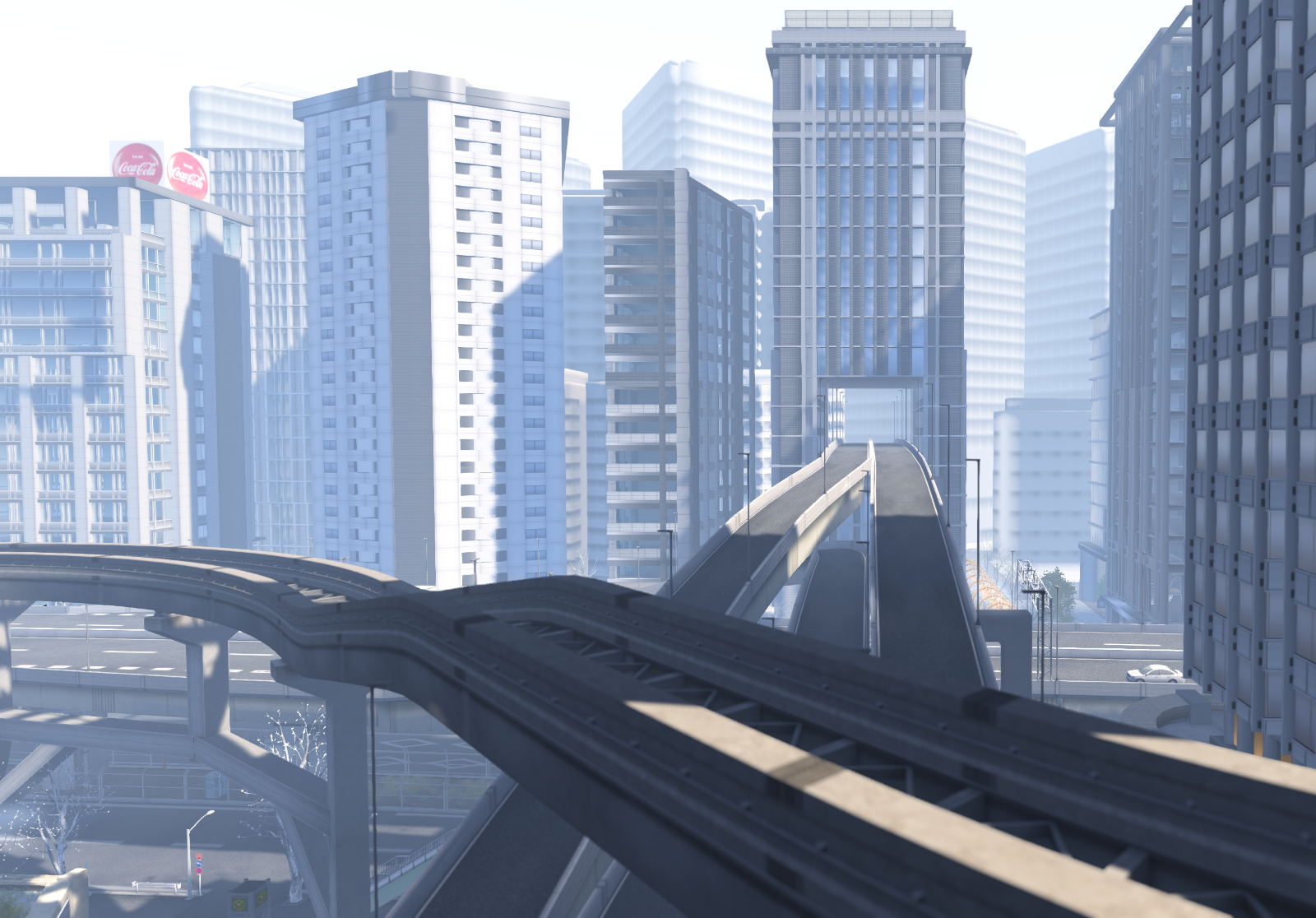 That’s why I think that these Tokyo-like sims can be seen not only as a consequence of SL’s evolution but also as a stimulus for Linden Lab’s efforts to guarantee its maintenance and its endurance. For that matter, a fantasy sim, of course, would work as well. Still, a reality-based environment is particularly interesting, there, for one may actually use reality as a parameter to see how the platform evolved and how the re-presentation of buildings and places of the atomic world improved over time. 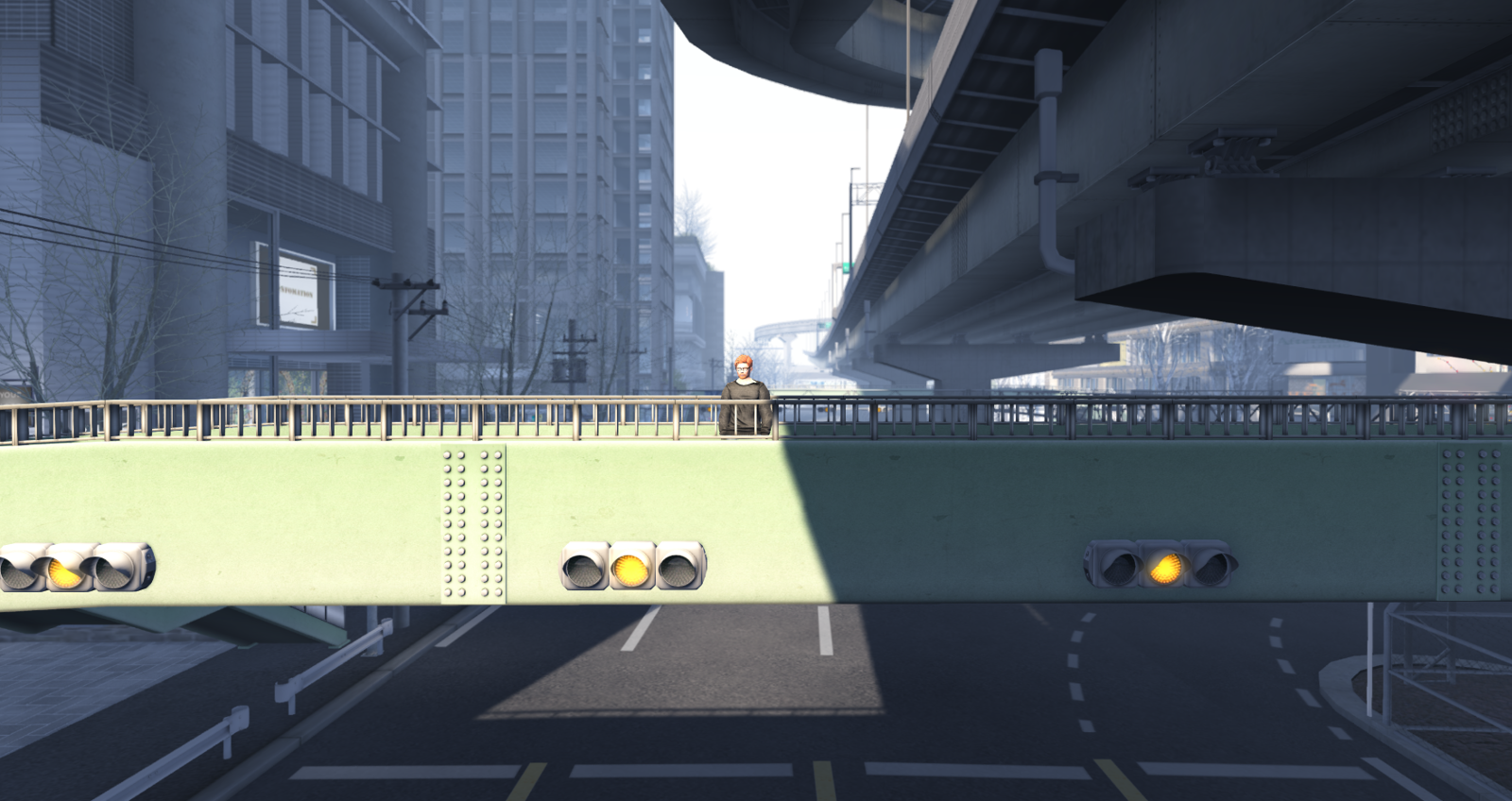 Ricco on the overpass