The Photo Game, a post on this blog in which Boudicca Amat and I commented on each other’s pictures, has become an exhibition in SL – with new images and a twist: now visitors can share their comments, too. The exhibition opens on Friday, Feb. 17, and runs for one month at the gallery located at An Uncertain Destiny. Everyone is invited to see the pictures, read our remarks and give their own inputs.

The first Photo Game was published on Sep. 21, 2016. The idea, back then, was simple: I would choose two pictures by Boudicca on Flickr and would comment on them, and she would choose two pictures by me and do the same. With that, I hoped we could start a discussion on photograph in SL. The feedback on that post was great and Boudicca suggested we could organize an exhibition in SL with the same spirit. It’s not a pretentious exhibition, just a small selection of pictures – three from each one of us now. And we came out with a solution (thanks to Randy Firebrand) for allowing visitors to comment on the images as well and have their comments shared with other visitors, along with our observations. 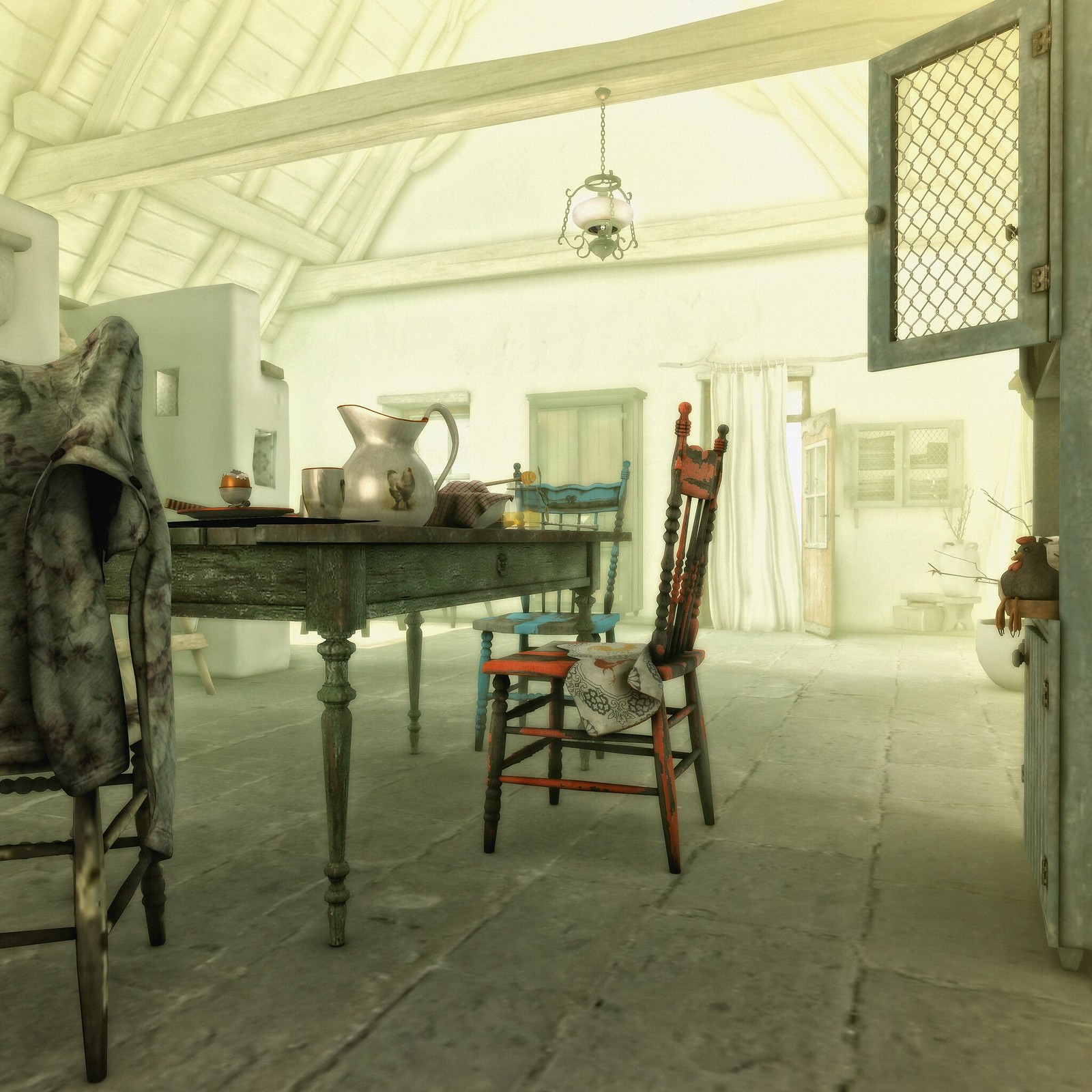 Comment by Ricco Saenz: I’ve always felt amazed at how Boudicca’s photos often feel like paintings. To a great extent, though not only, I think it comes from her delicate use of light. In “Breakfast”, light is yellowish and pastel […]. Against the highly softened yellow background, the few other colors on the photo stand out […].

Boudicca doesn’t tend to use the traditional depth-of-field (DoF) effect: instead of blurring certain parts of the scene, it’s light what she uses to highlight depth. On this image, the background is slightly hazy, which is enough to make it visually distant […].

On the composition side, the table set (with its chairs and the objects on the table top) moves our attention towards the left side of the photo. The geometrical central point seems to coincide with the weathered blue chair, but the set, as a whole, drives our eyes towards left […]. 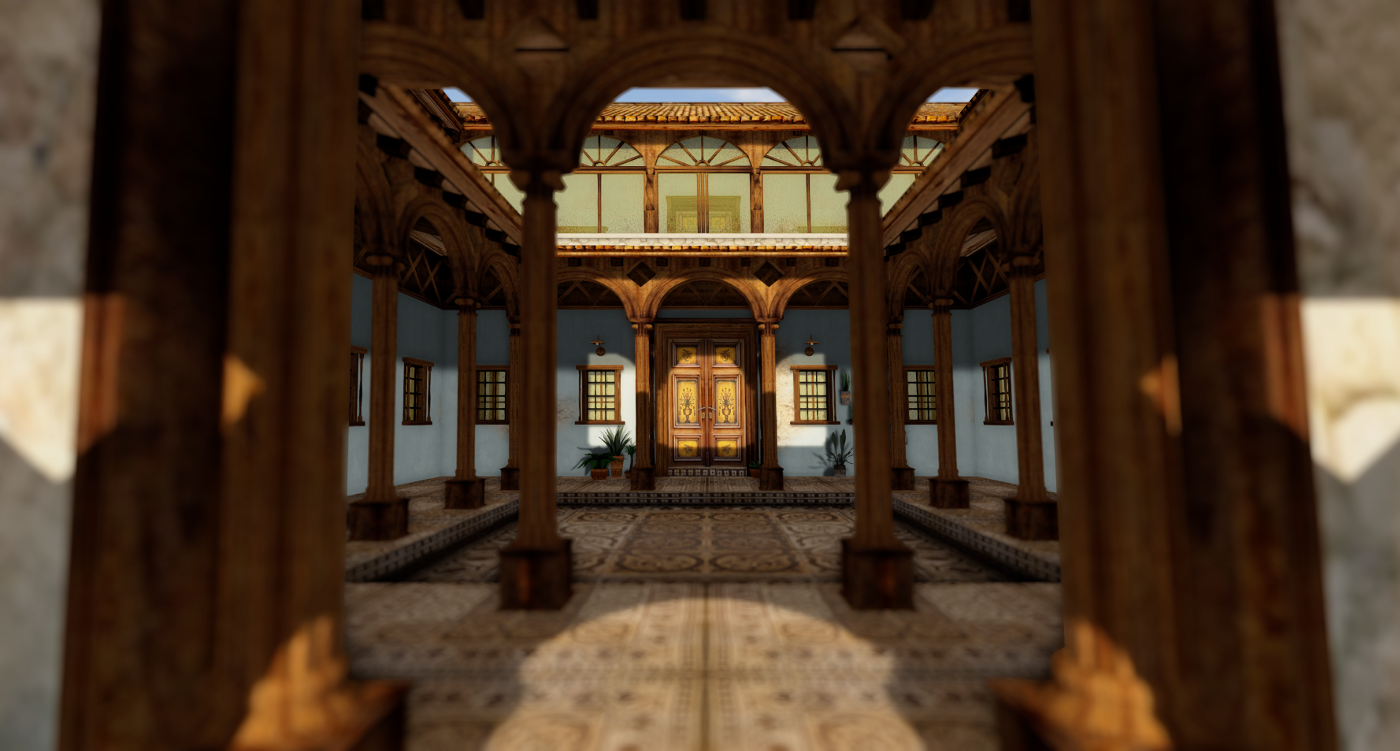 Comment by Boudicca Amat: The symmetry of this image is something our subconscious finds soothing. But it is also so much more than simply aesthetically pleasing. It is mysterious, with a sense of ‘story’ […].

The use of reverse DoF immediately draws our eyes to the centre of the picture […]. The sunlight on the floor leads the eyes into the courtyard, where neutral/blue toned shadows give a sense of space.  We can imagine ourselves cooled and refreshed if we were standing inside this building. […] Placing the rear doors – their intricate pattern and soft yellow tones – central in the shot provides the focal point. This is again highlighted by the splash of sunlight that hits them.

It is a complicated image, with many details and sight lines that could catch our eye and be distracting. But the limited palette of colours, the splendid composition of this image forces us to focus on the ‘main event’ – the doors …………leading to who-knows-where?

Boudicca’s idea is to invite other artists and organize new rounds of The Photo Game in Second Life. I plan to announce the exhibitions here. So, keep an eye on this blog and on Boudicca’s gallery, for I think that soon we will be able to see other SL photographers playing this game – which leads us to an intriguing question: how many words is an image worth?

8 thoughts on “The Photo Game turned into an exhibition in SL: how many words is an image worth?”