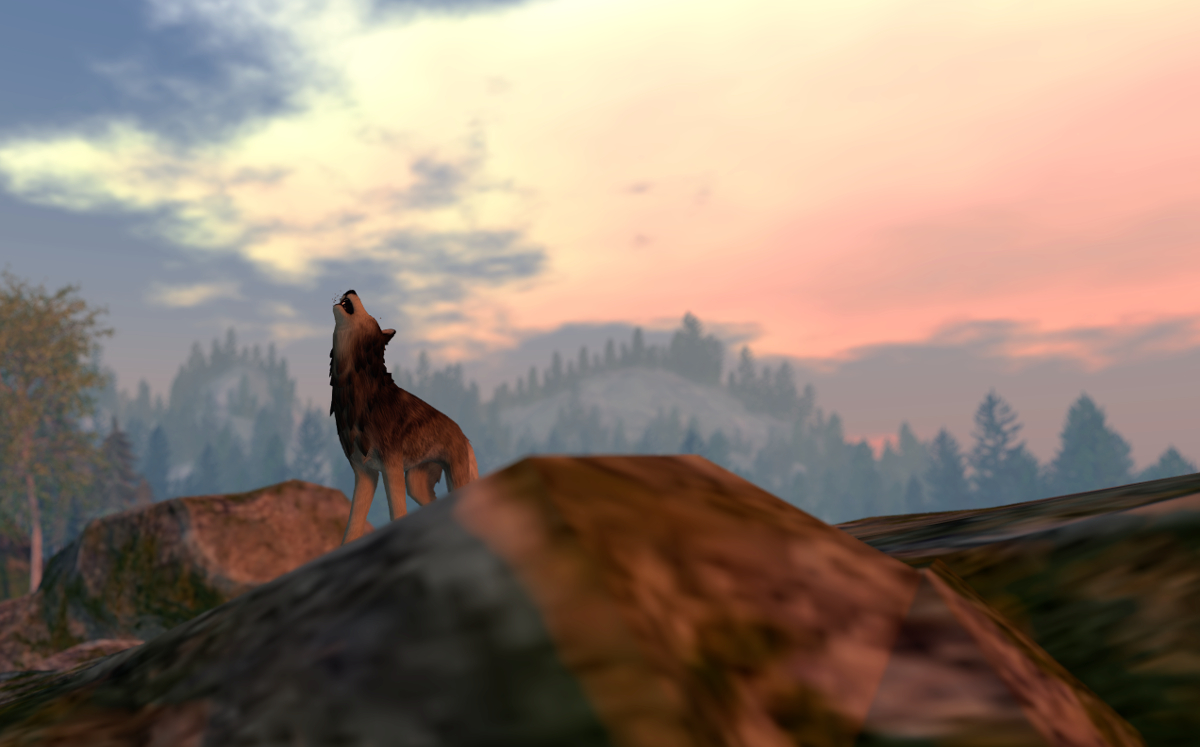 To be a wolf in Wolf’s Redemption, Second Life

Being a lycan or a vampire, or even a neko or a furry – all that has been exerting some fascination over a number of Second Life residents over the years. But how about being an animal? 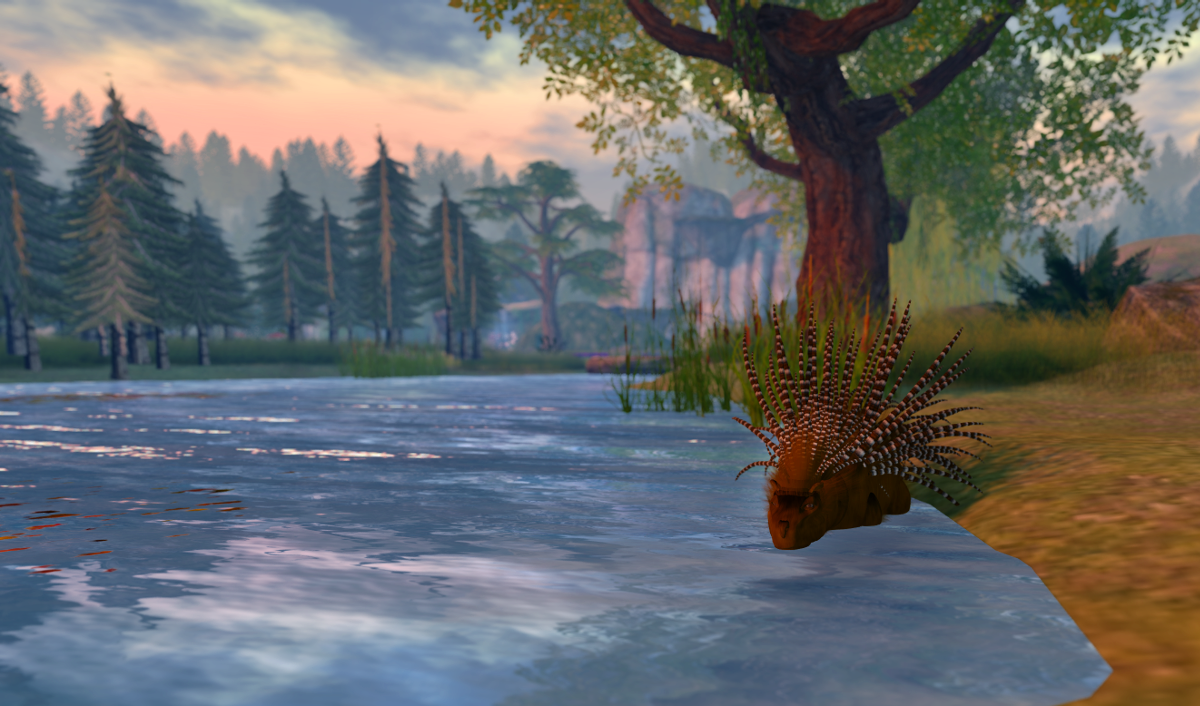 A thirsty porcupine at Wolf’s Redemption

Wolf’s Redemption is a place to roleplay as a feral creature: a wolf, as the name of the place suggests, but also a lion, a tiger, a bear or any other wild animal that one could think of. The sim owners only ask visitors to adopt a realistic avatar (which means one that corresponds to atomic world critters, and so hybrids and fantastic beings are excluded). Humans are welcome, as long as they respect the region’s fauna. Also, a free wolf av is offered at the out-of-character (OOC) area, that corresponds to the landing point. 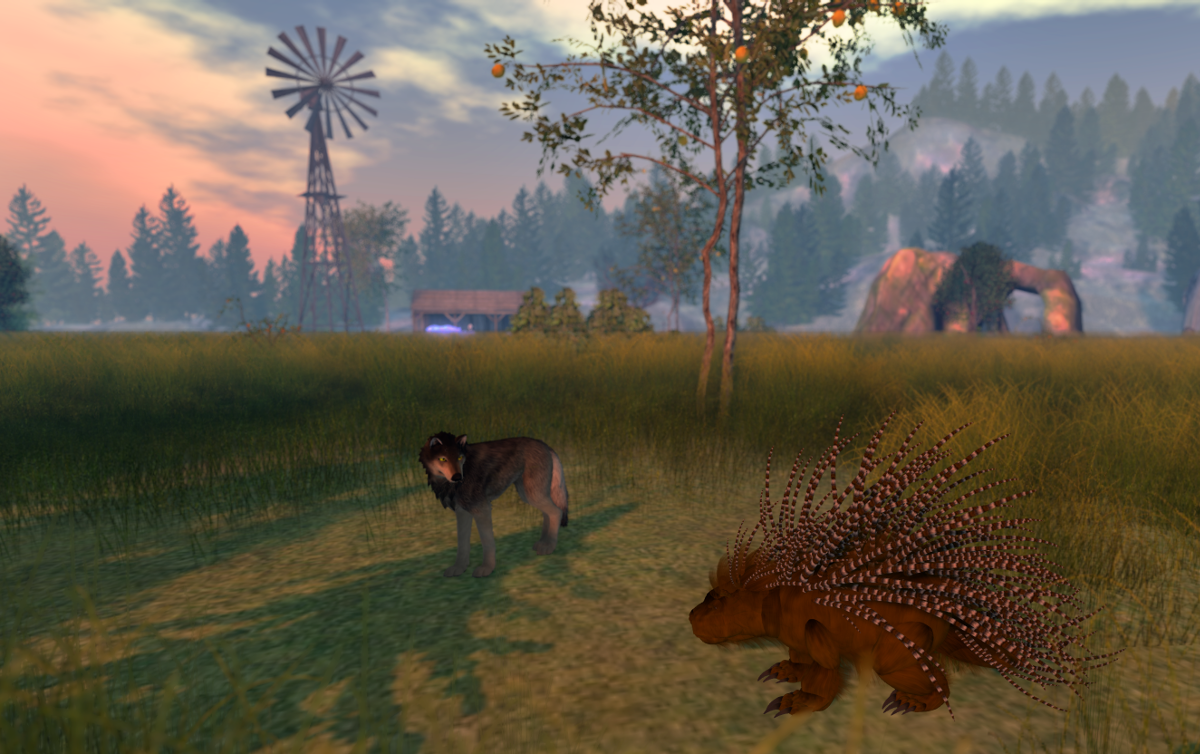 The wolf and the porcupine: animal interaction. On the background, vestiges of a past human presence 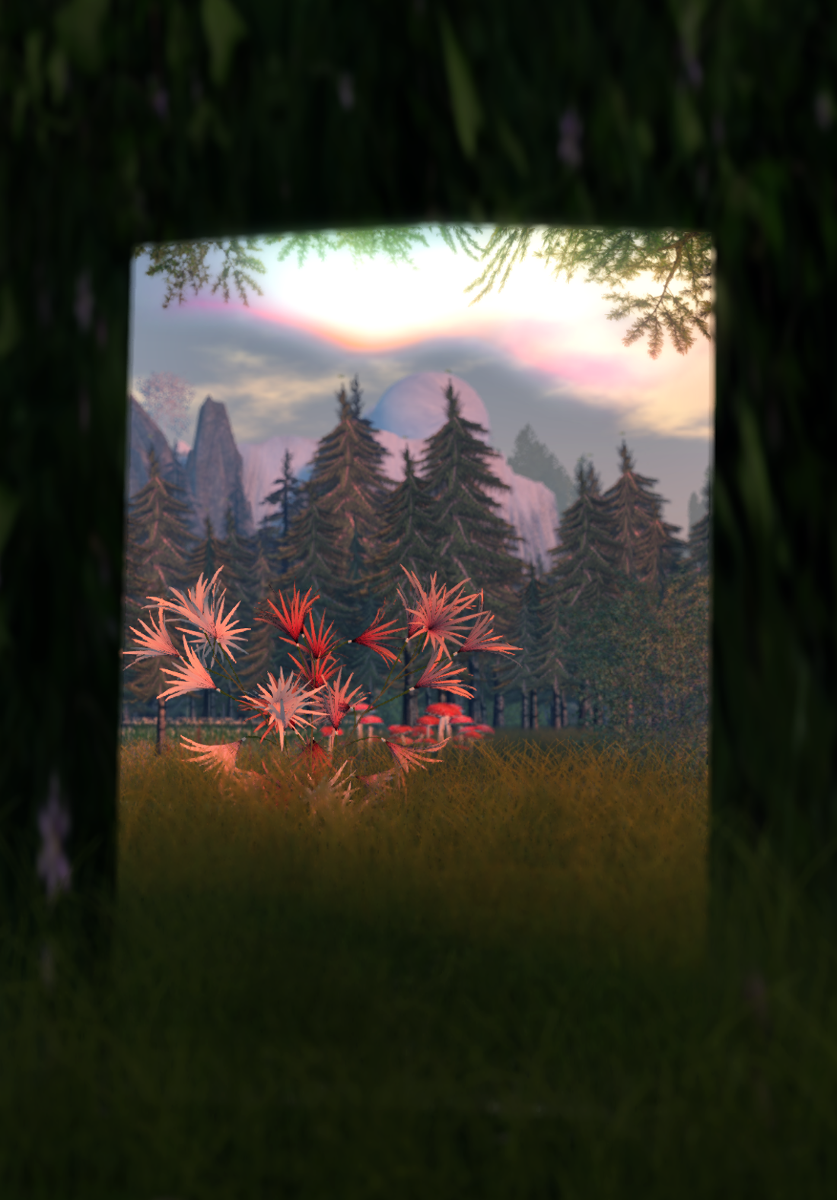 Through the entrance of a den

The sim is not a virgin forest. It was built as a place which was formerly occupied by humans. Wildlife settled in again when the land was abandoned, and since then it presides over the territory.

The idea of playing an animal can be radical in SL. Of course, on the one hand, players can simply act “as if” they were wild creatures of some sort. On the other hand, they can actually create a human-animal machine of some kind, in an alliance with technology. Let me try to explain what i mean by those alternatives.

By acting “as if”, one is actually manipulating a puppet, while keeping themselves safe behind the scenes. In that case, animal avs work like toys, which is good, for they help us enact our fantasies.

If one is ready to go further, playing an animal could though be a more radical experience. By doing that, one could actually develop an animal ontology of their own, i.e. a way of being animal. I have met a couple of people like that in SL, residents who would live at least part of their SL existence as critters who would not chat openly or even by means of instant messages with humans – except for a few friends, sometimes – though they could interact with anthropoid avatars by gestures, sounds and behavioral signs. 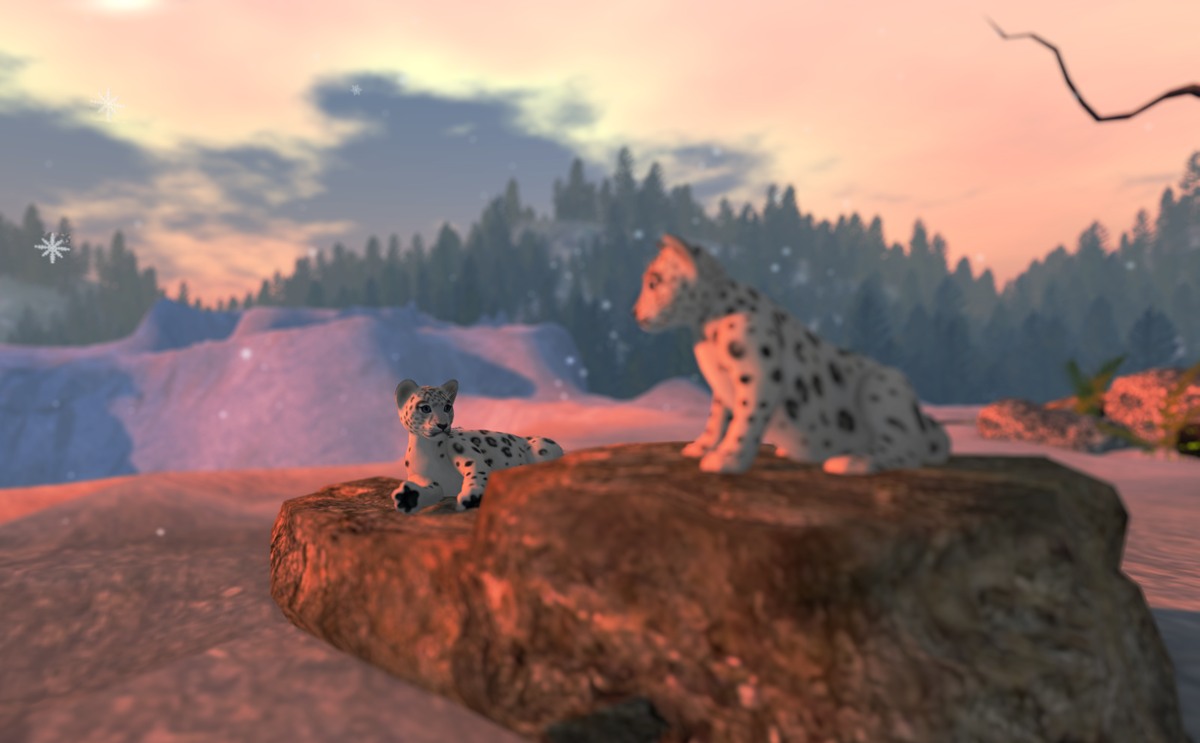 Felines on the snowy mountain

I’m not a person of the second kind, but I understand that such an experience is very different from the one of being a lycan or a furry. Inside the game, an anthro av is human-animal symbiosis or a human-animal machine. Nonetheless, on another level, it’s a human-anthro machine, for it is driven by a human player in the atomic world. One can say that the “animal” component of that machine is then softened on the second level. Still, on that very same level, a SL player with an animal avatar creates a human-animal symbiosis, not a human-anthro one. 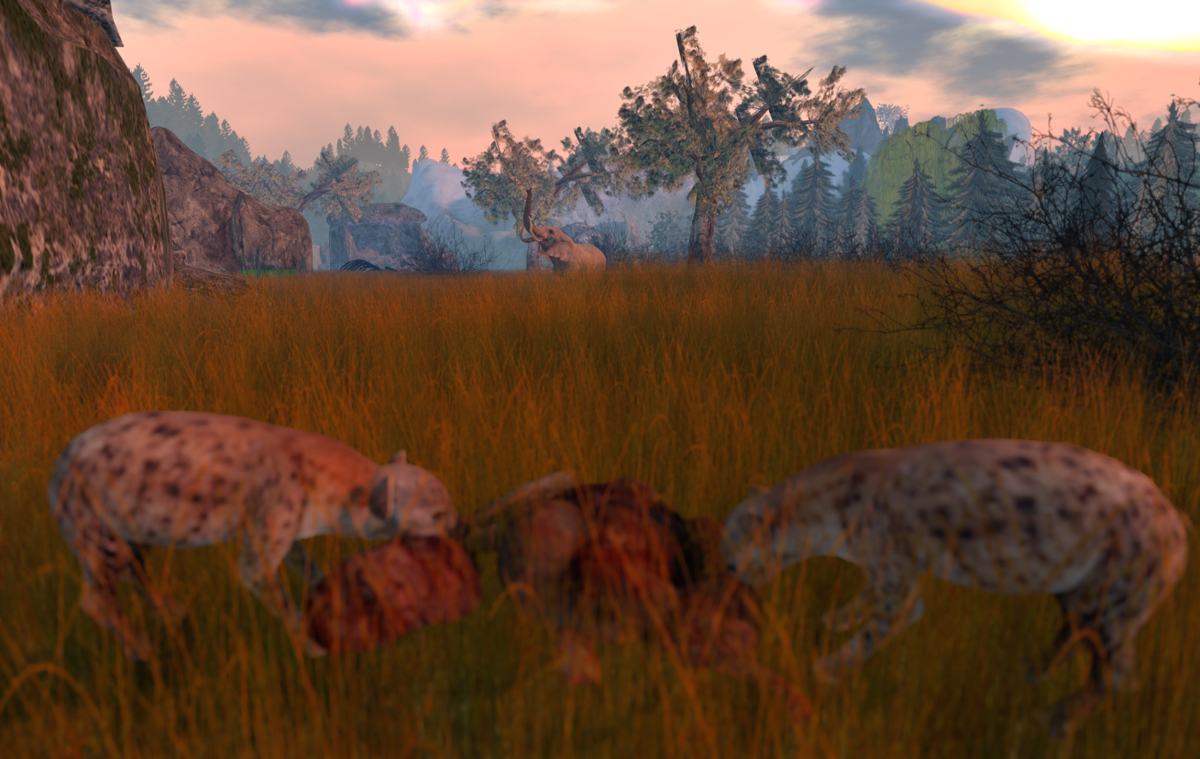 All kinds of critters: elephant and hyenas 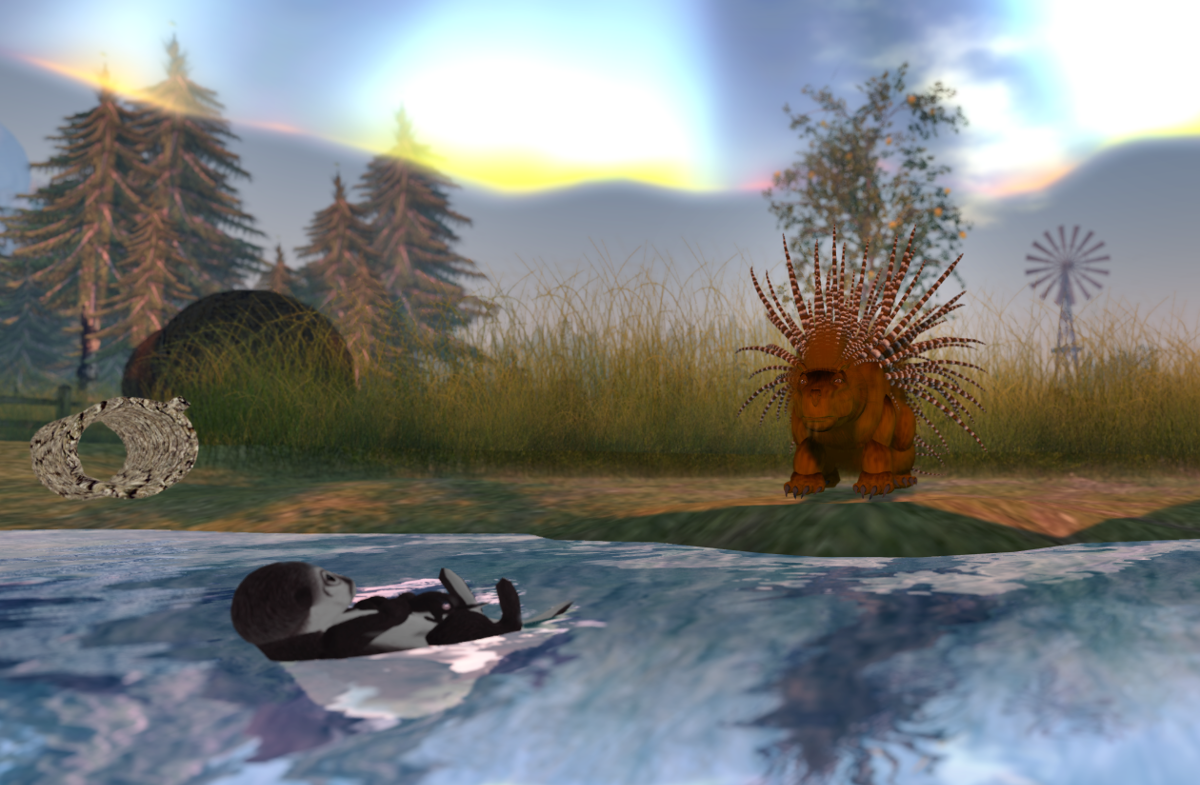 Animals at the lake

Of course, we are not really talking about an interaction of a player with an actual animal, but with an avatar whose ontology is built by a human. What allows that onthology to gain existence is technology, embodied by the 3D world. So, the creation of such a human-animal machine is in fact a result of a human-tech alliance. That’s, again, the beauty of SL (I say “again”, because I’ve already referred to SL’s beauty in other posts): it allows us to give some (virtual) materiality to the fantastic machines that we can imagine. 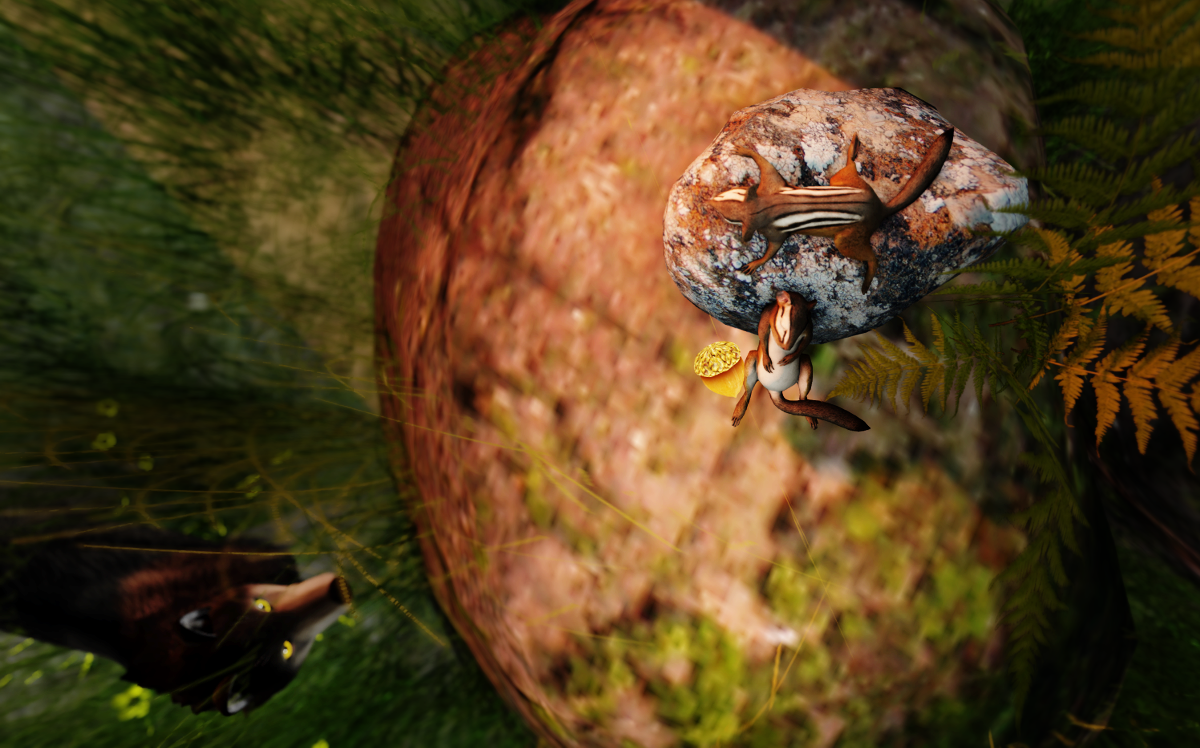 A wolf lurking the chipmunks

Referring more specifically to Wolf’s Redemption again, I have to confess that, after having read the recommendations at the OOC area about how important it was to have a realistic avatar, some inconsistencies of the sim bothered me. For instance, the igloo on the top of the snowy mountain, though the place did not really seemed to be an Inuit area. The most bugging one to me, though, was the use of ghost-like horses at the abandoned farm. Maybe someone placed them there for Halloween and forgot to take them back to inventory? Who knows? 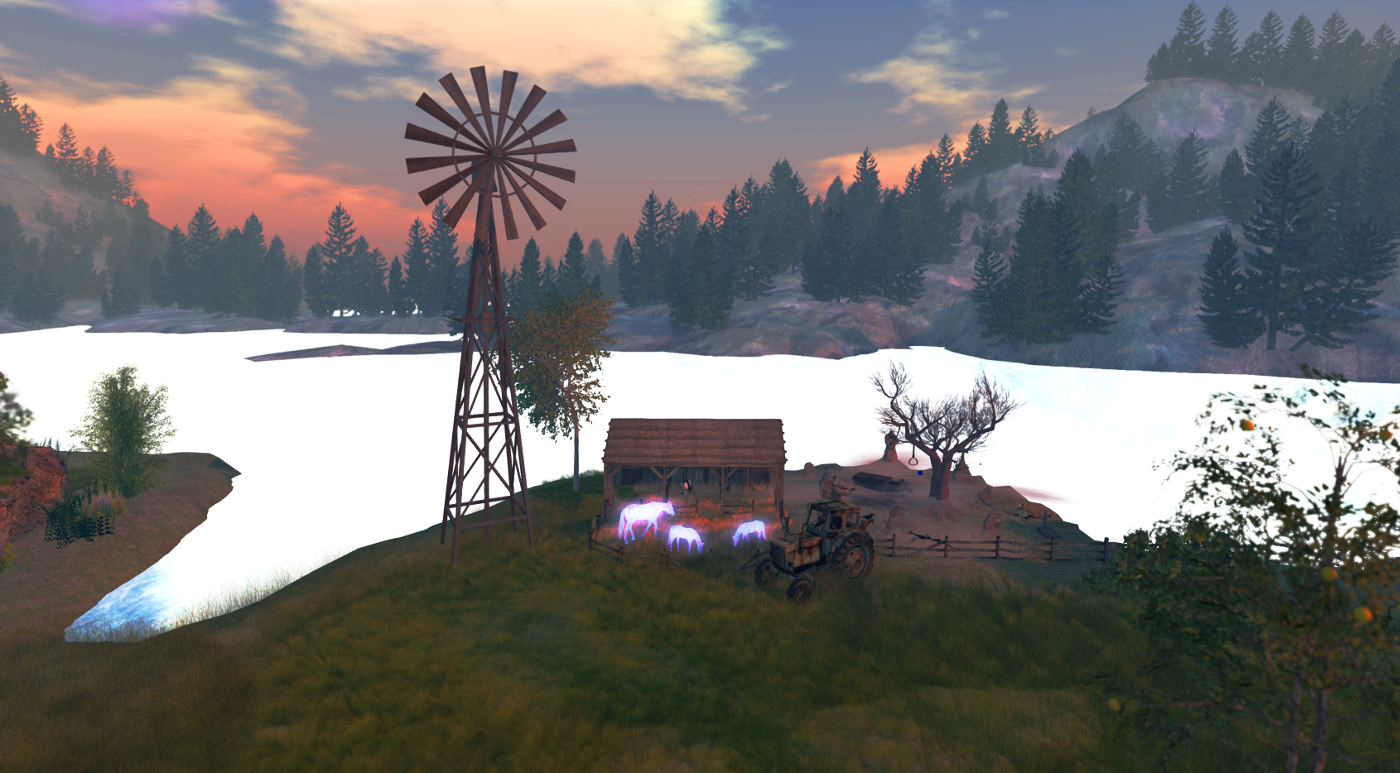 Still, those inconsistencies do not really frustrate the expectancies of finding a place in SL where one can be an animal or where a human can show respect for wildlife as a whole, in a closer interaction with wild creatures. 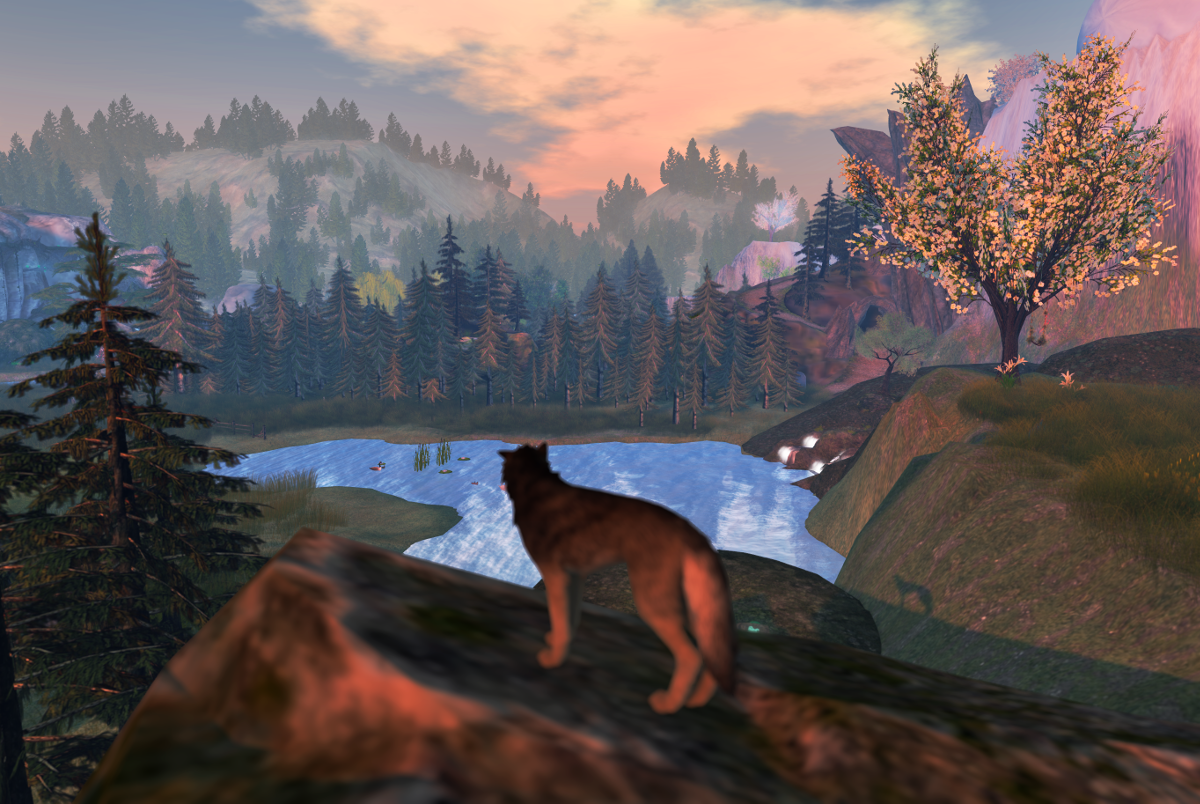 Top of the rock: the wolf observes the sim