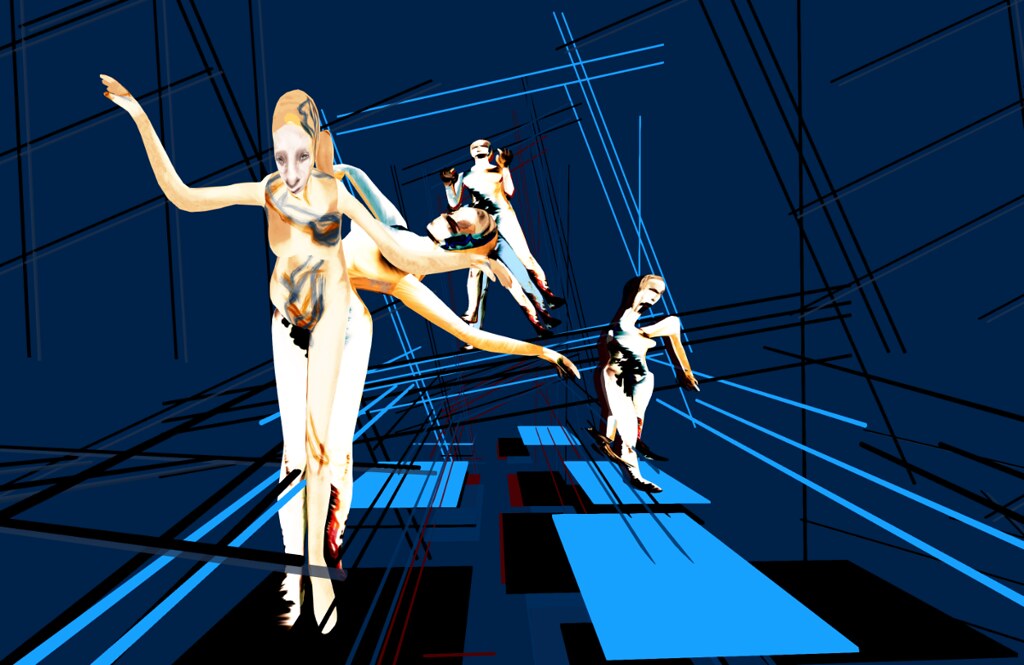 Dancing With Spirits is an art installation by theda (or Theda Tammas) which is being hosted throughout August and September by Galleria Kakku, curated by my friend Pieni. It presents to the viewer an intriguing ball of different figures – alone, in pairs and trios – and one can join them to be part of the scene. 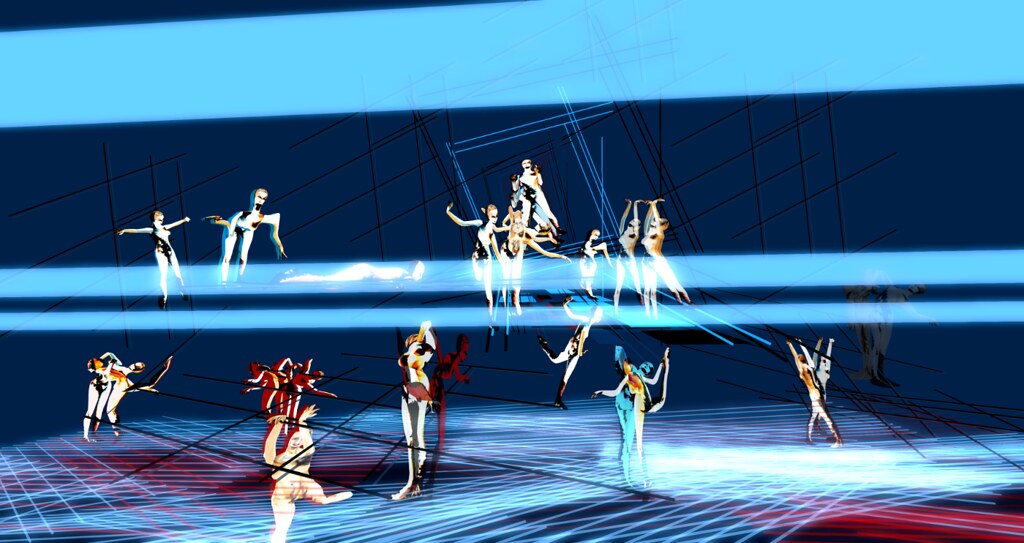 The ball at theda’s installation

The installation is presented in a way that seems to mix both theatrical and participation dance. Actually, it’s not clear, there, if what we see is actually a presentation, a party or a ritual – or maybe it’s everything altogether. 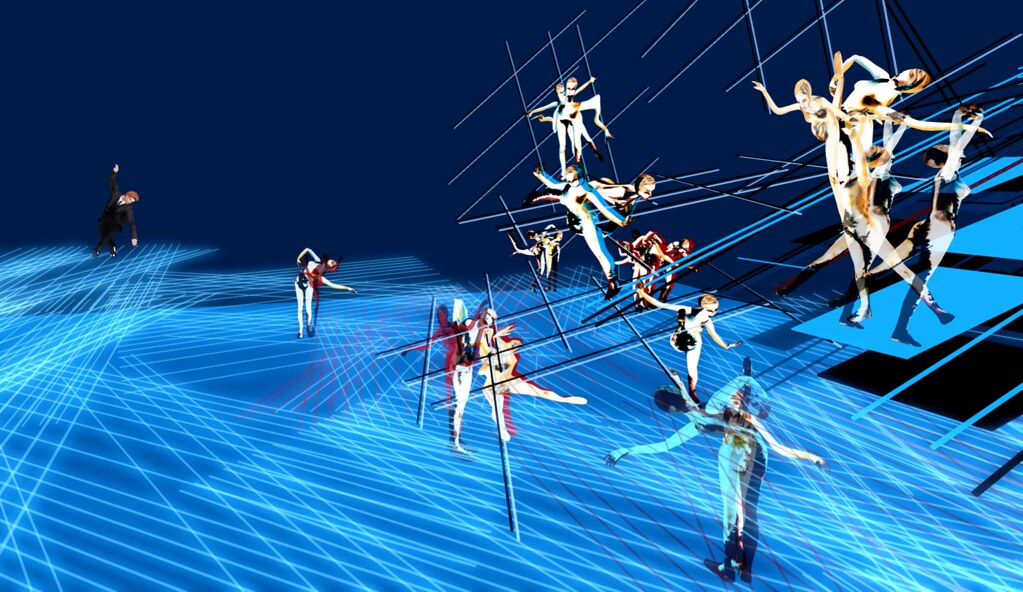 Ricco takes part in the dance

The idea of a dance in which one can take part is particularly strong and meaningful to me. After all, dance is one of the richest form of expression and it has been playing an important role in virtually all human societies since their early days. 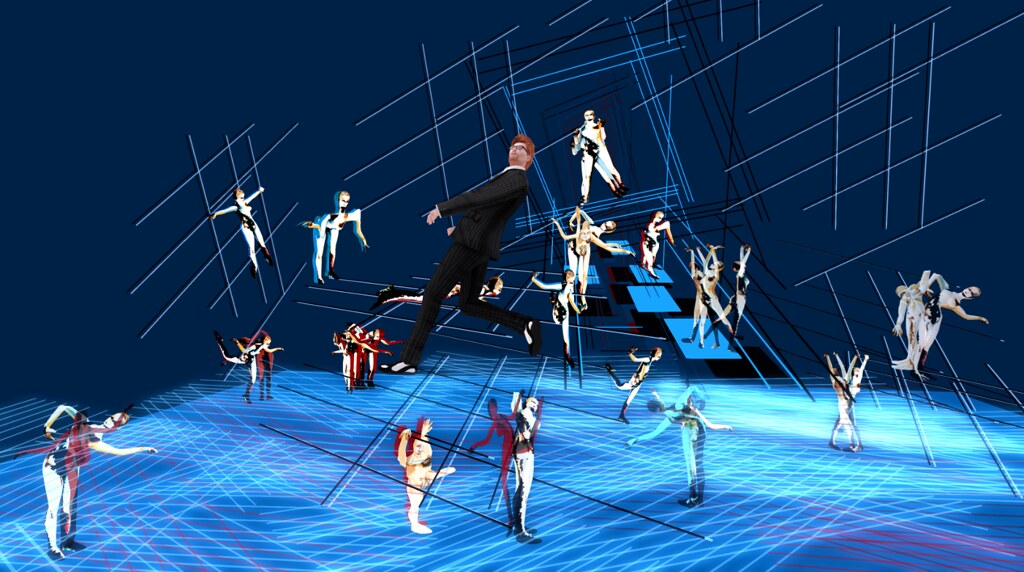 Dance has acquired different functions in societies, ranging from a form of socialization to a ceremonial, sacred performance. In SL, itself, it has been an important form of interaction for avatars: since it doesn’t seem to make any sense to throw a cocktail party at opening events in Second Life, for instance, dance is there; it’s there, too, when we celebrate rez days, anniversaries and all that; or when we just want to meet friends and talk. In short, dance allows us to gather in SL, it contributes fundamentally to our process of exchanging with other people in the virtual world. 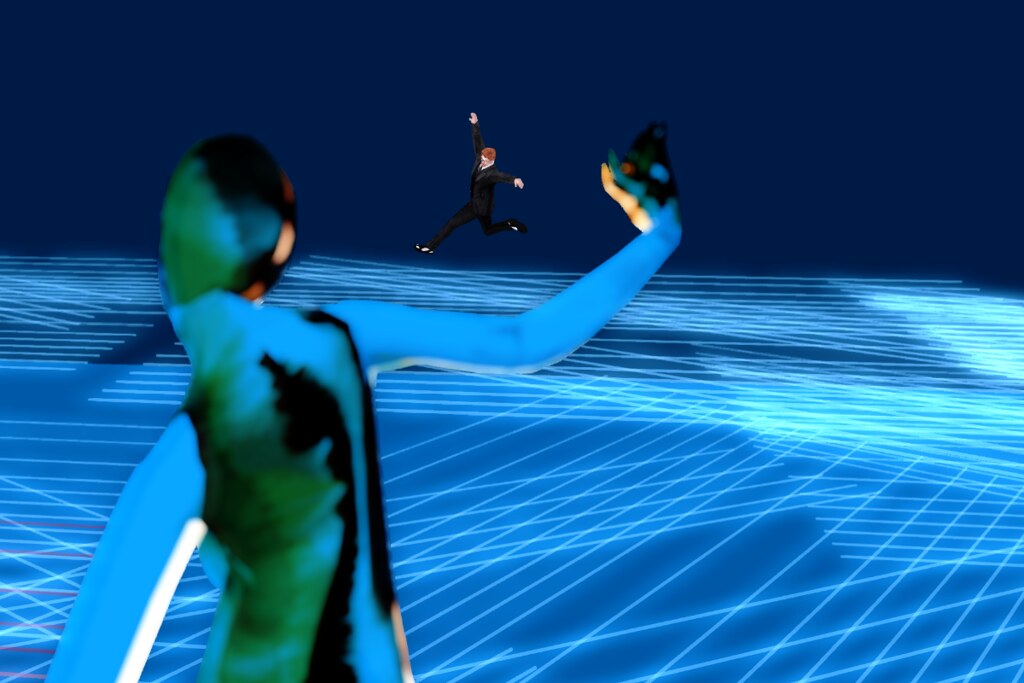 For those interested in visiting theda’s installation at Galleria Kakku, the slurl is here. If you wanna check other areas at the gallery, then this is your link. And you can follow the gallery’s blog on this other link. 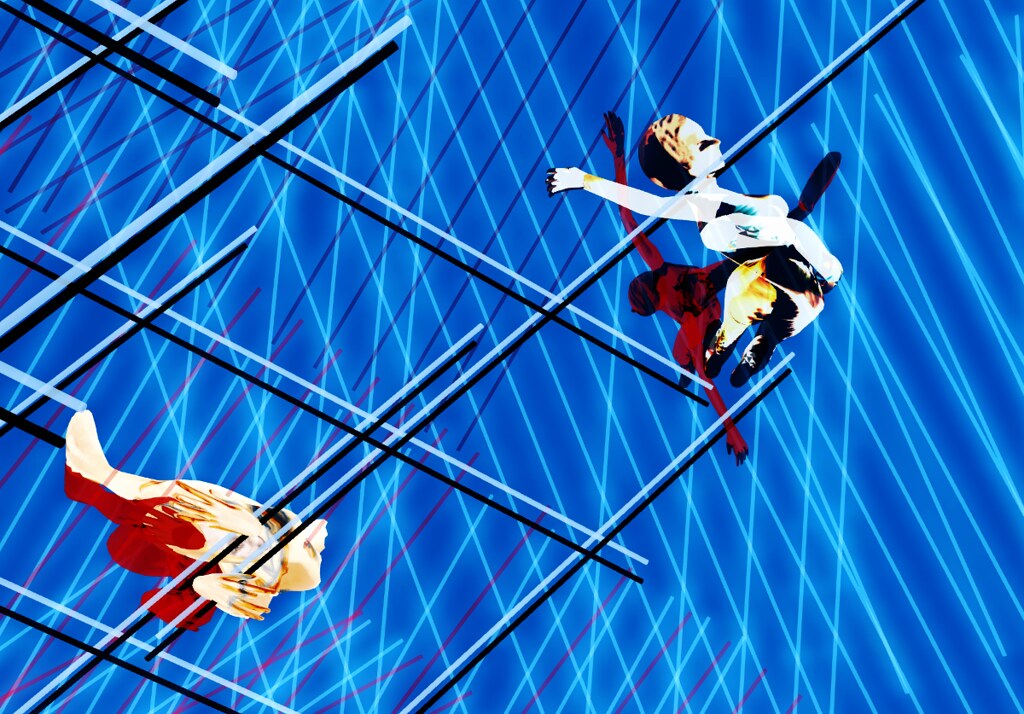 Theda’s installation: detail from above

One thought on “The spirit of dancing”