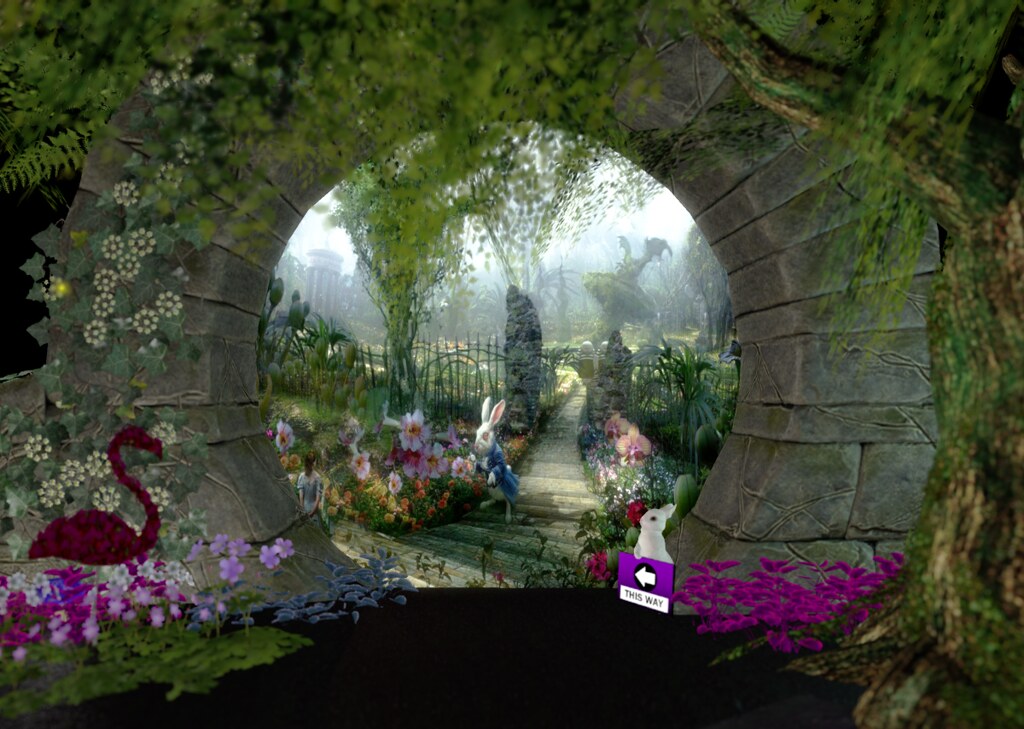 This way to Wonderland

I have written about Enchanted Alice before (as I’m sure my eight regular readers will remember 😉 ) and I’m glad to see it’s back on the grid in Second Life – not just as a revival but as a reinvented environment. Actually, it has been there for over one month, but only now I’ve had the chance to visit and write about it, and I have to say that it has surprised me: “the Mad Hatter has gone ‘Totally Bonkers’ this time”, as the notecard that one receives at the arrival point says. 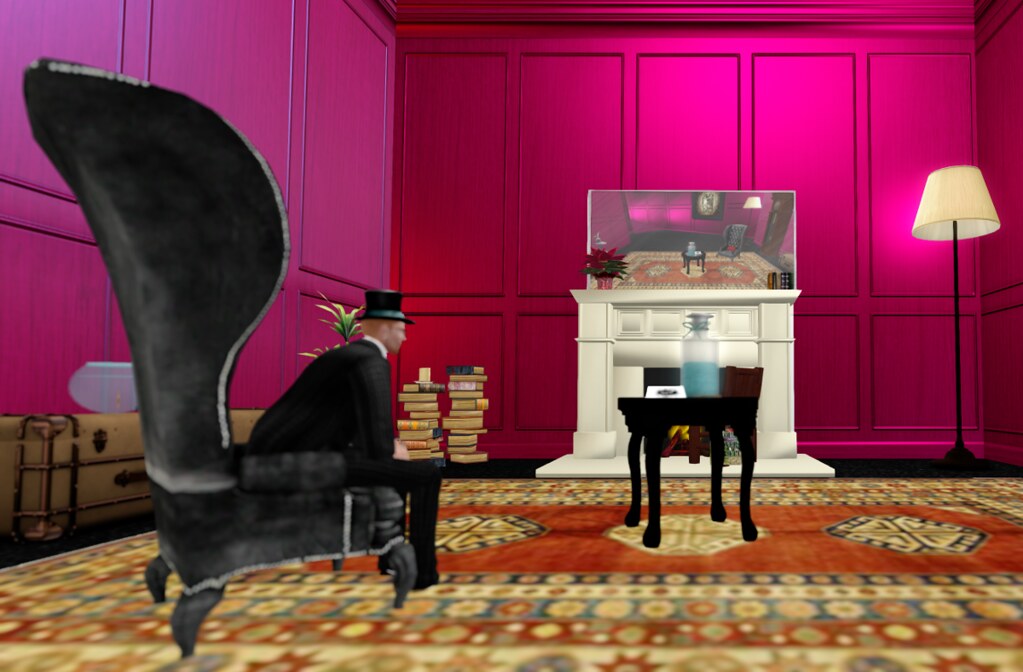 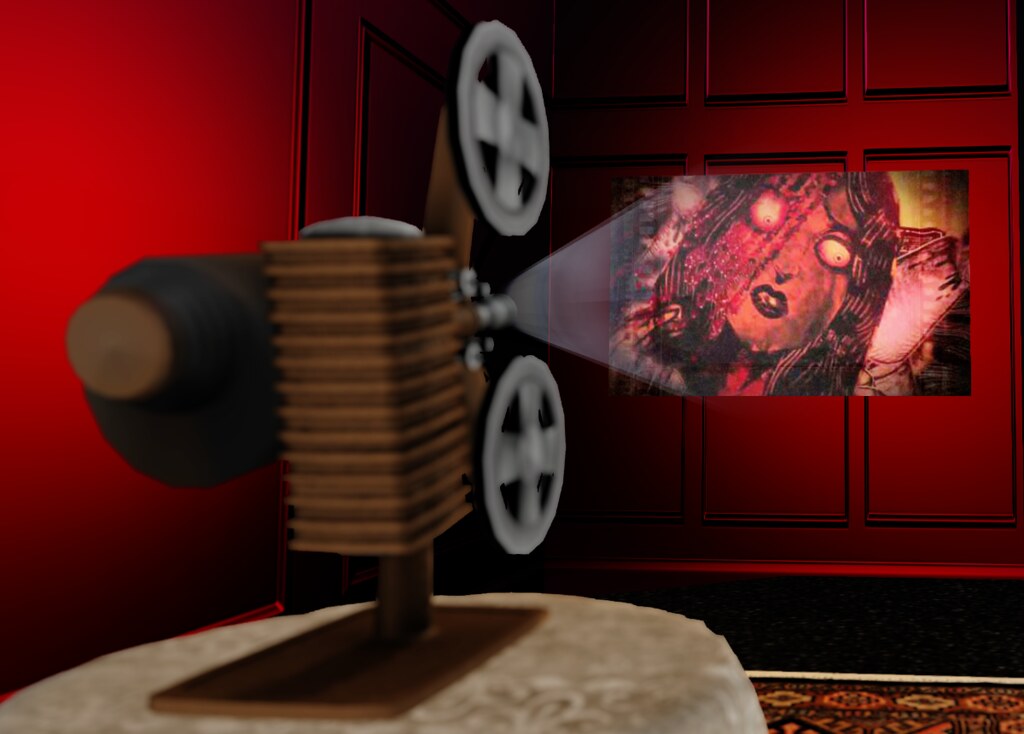 A horror movie at Alice’s 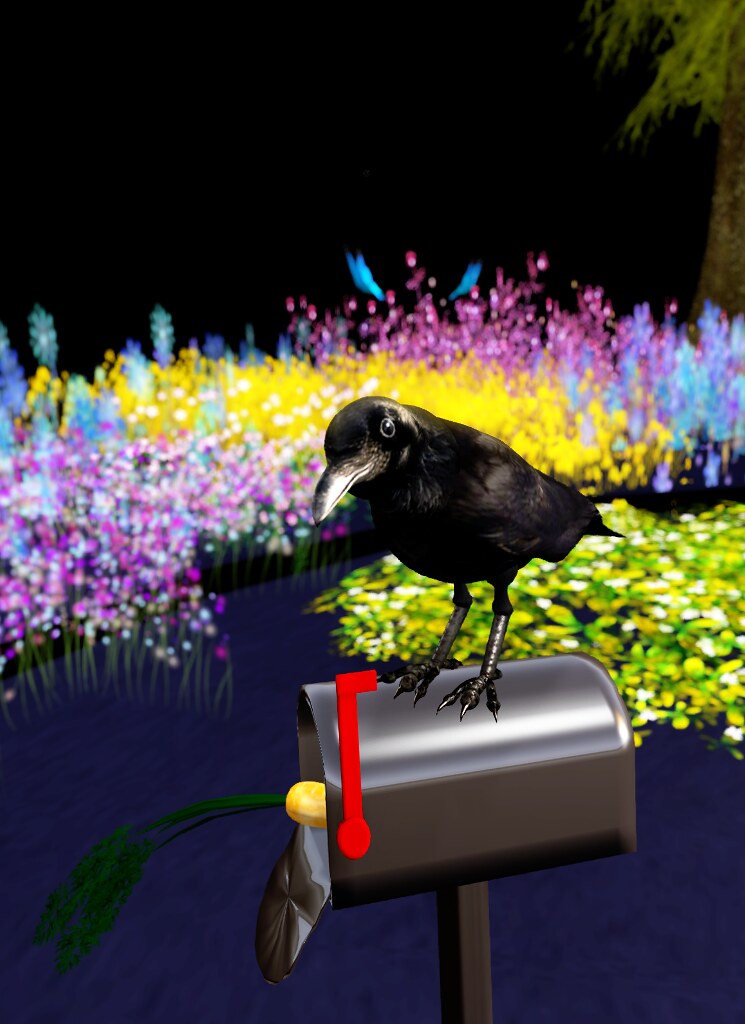 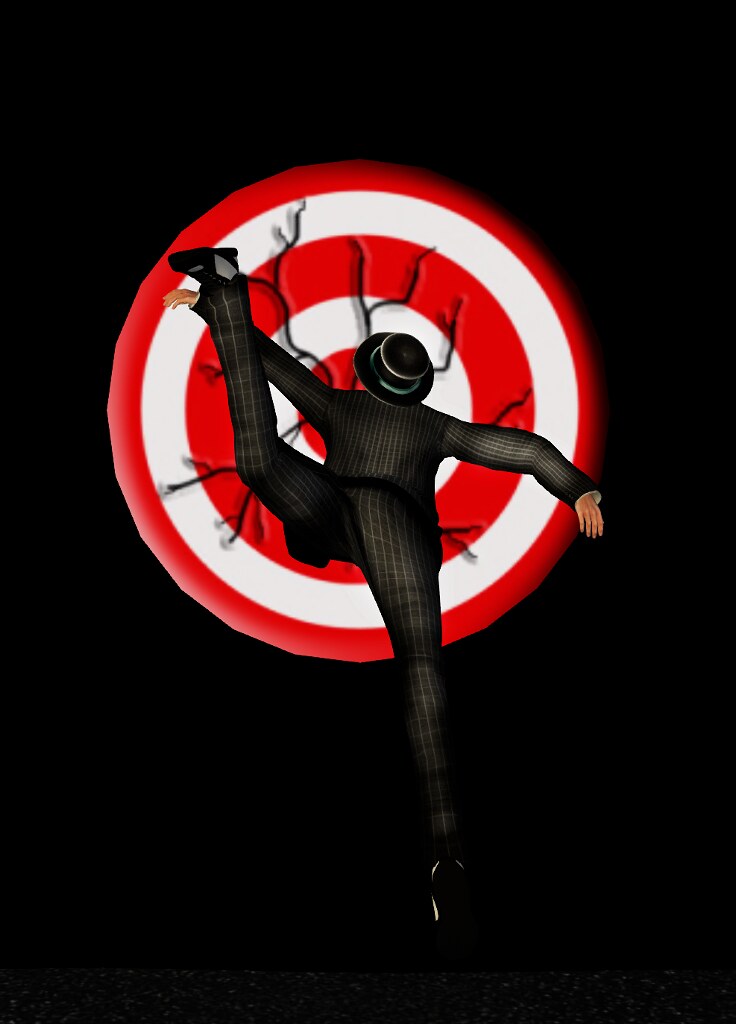 Inspired, of course, on Alice’s Adventures in Wonderland and Through the Looking-Glass, and What Alice Found There, by Lewis Carroll, the new Enchanted Alice displays lots of the basic elements of its former version in SL: the rabbits, the playing cards, cats, watches, mirrors, tea cups… and even Edgar Allen Crow and the Smurfs, which were not on Carroll’s original stories. Still, everything is disposed in a new arrangement, together with new additions. The new environment based on Alice also benefits from the Experience Keys, which makes one’s way through it more seamless: you don’t need to click on items to teleport, you will go back and forth just by approaching certain elements there. 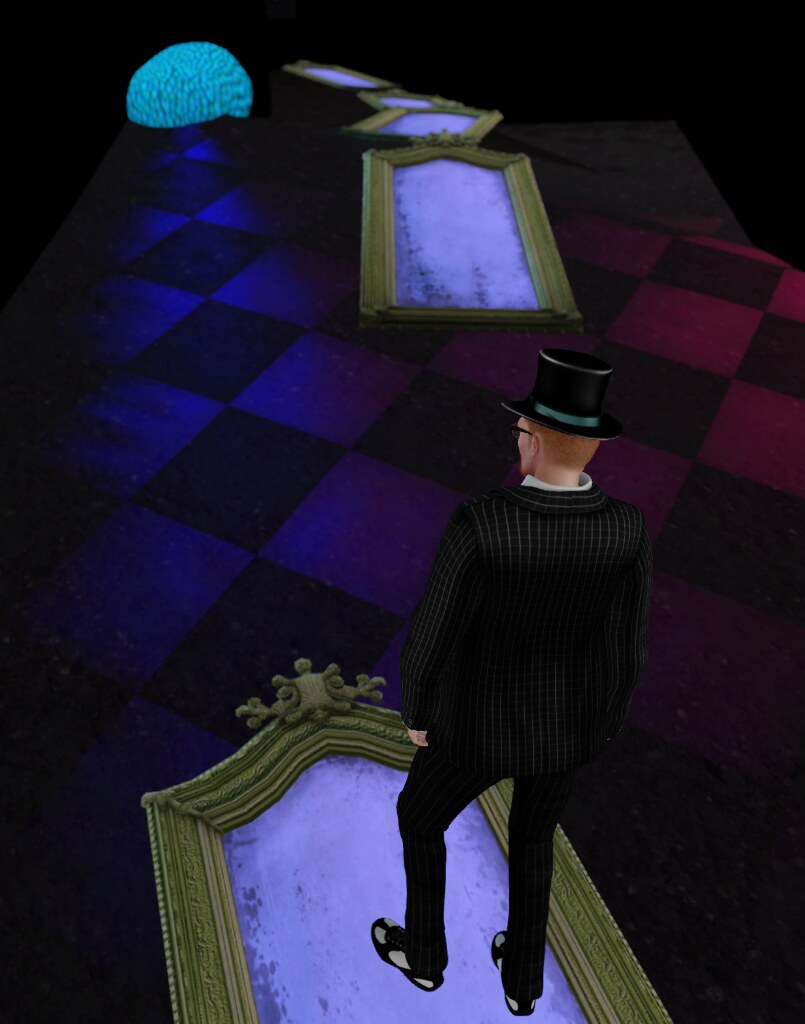 Enchanted Alice is a trip to a place which is not exactly a transposition of Carroll’s Wonderland or looking-glass world to SL. In the virtual world, what one sees is a crazy fantasy inspired on the books by Carroll, but which doesn’t try to reproduce them. Instead, it creates some sort of labyrinth with hidden areas and secret features for visitors to explore. 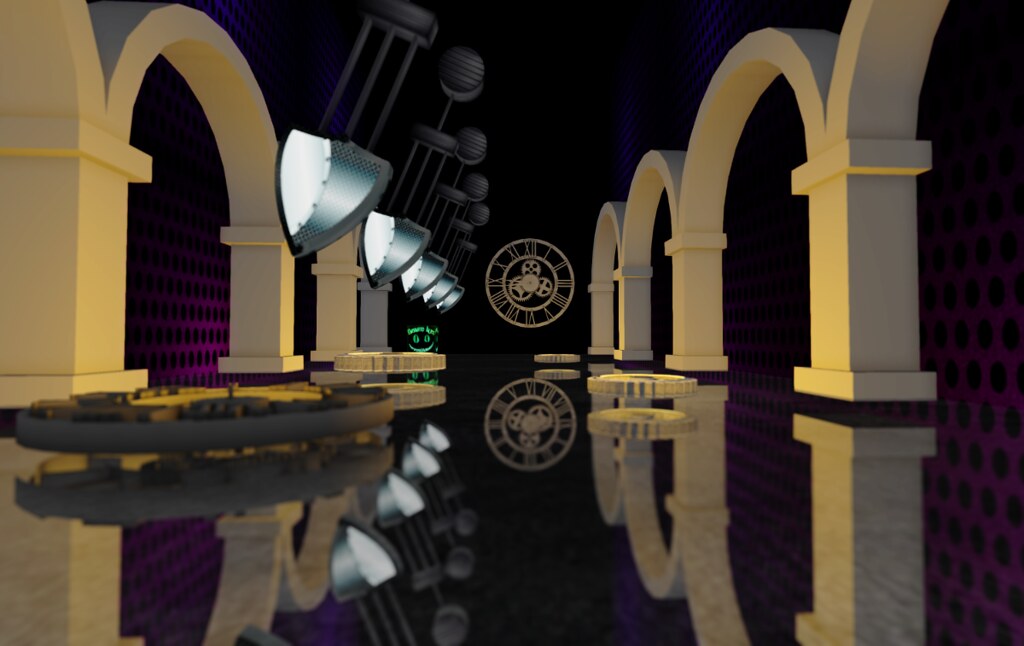 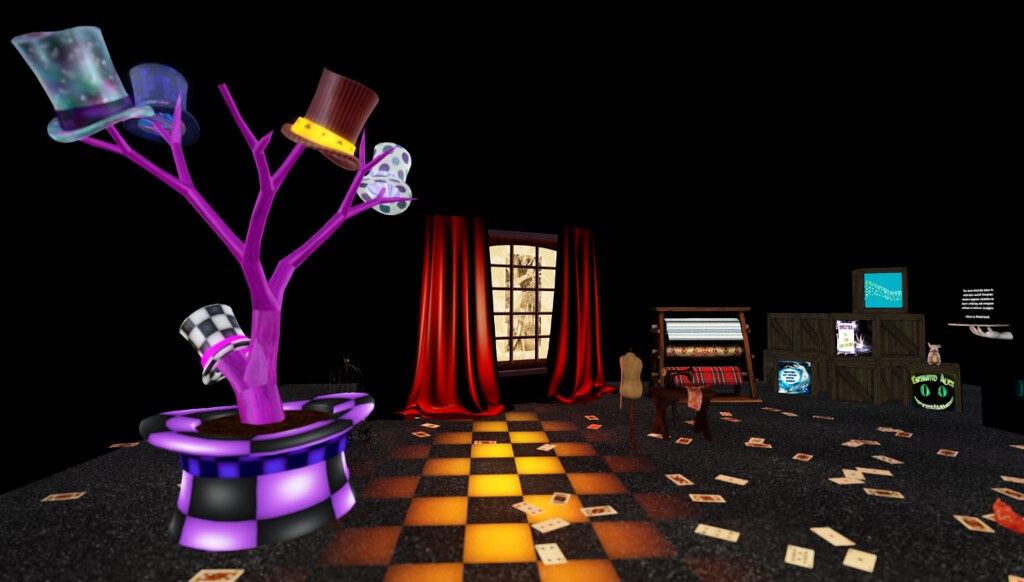 A room with hats and cards

Besides some characters and physical elements, Enchanted Alice shares with the original stories of Alice a certain structural reference. The adventures in Wonderland have as a major theme the card games and also incorporate croquet and other activities of the same nature. At the looking-glass world, on the other hand, there’s an even more organic link with the chess game, which plays an important role in the plot. 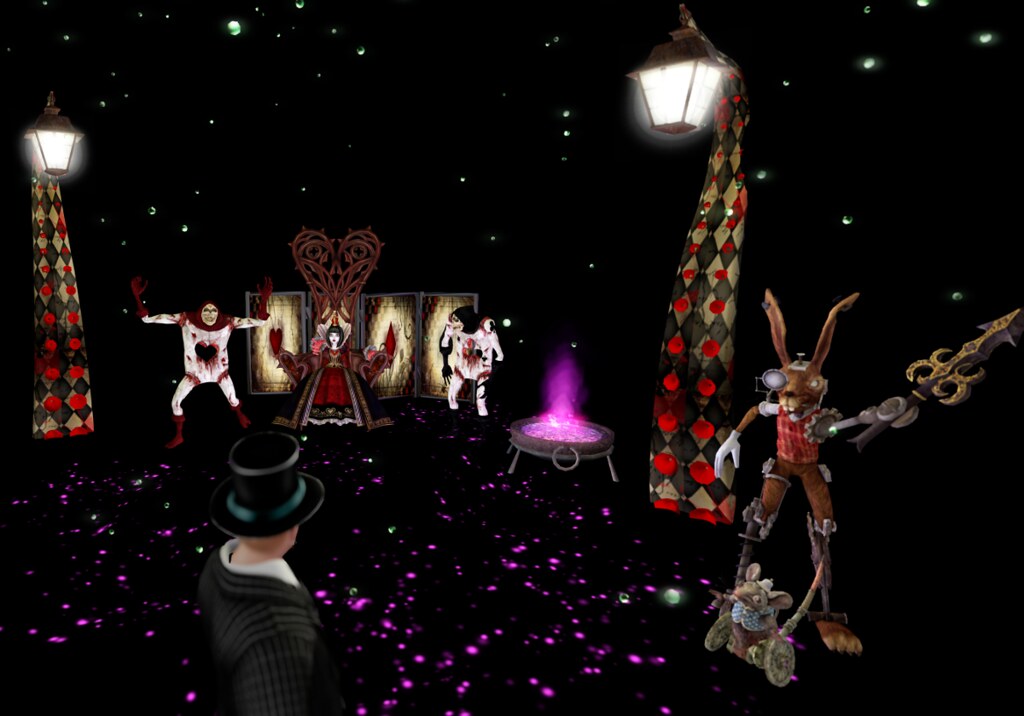 Ricco meets the Queen of Hearts: a reference to playing cards 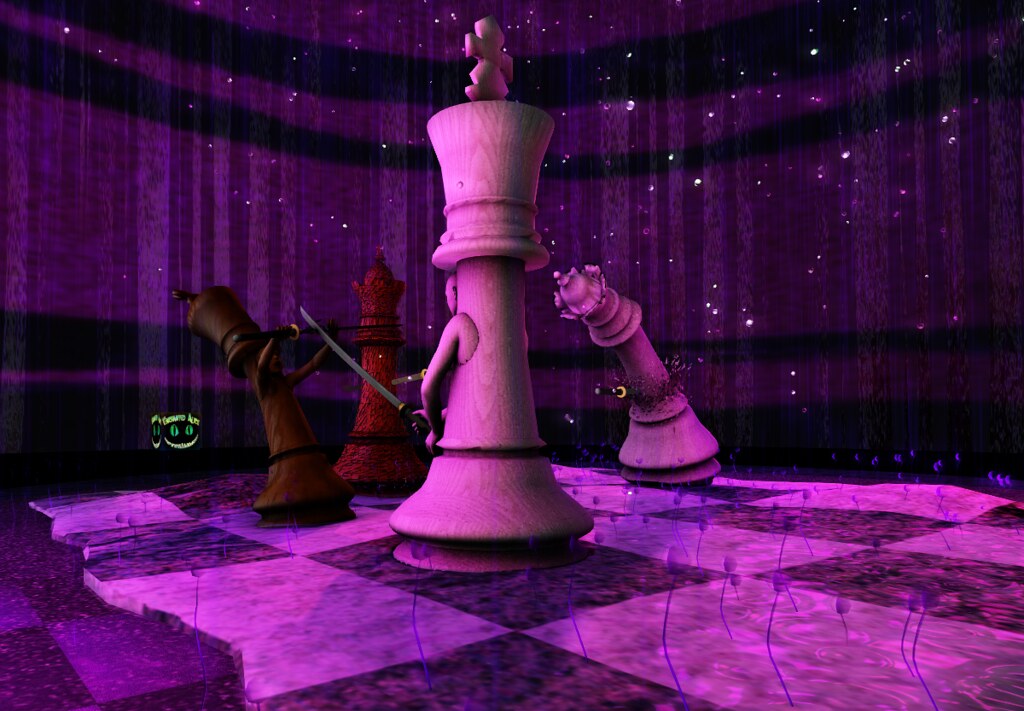 At Enchanted Alice, the main game reference is embodied by the labyrinth, which structures the whole experience there. Of course, the visual presence of both card games and chess are common, as well. Still, the labyrinth is what makes that virtual Alice environment feel like a game. 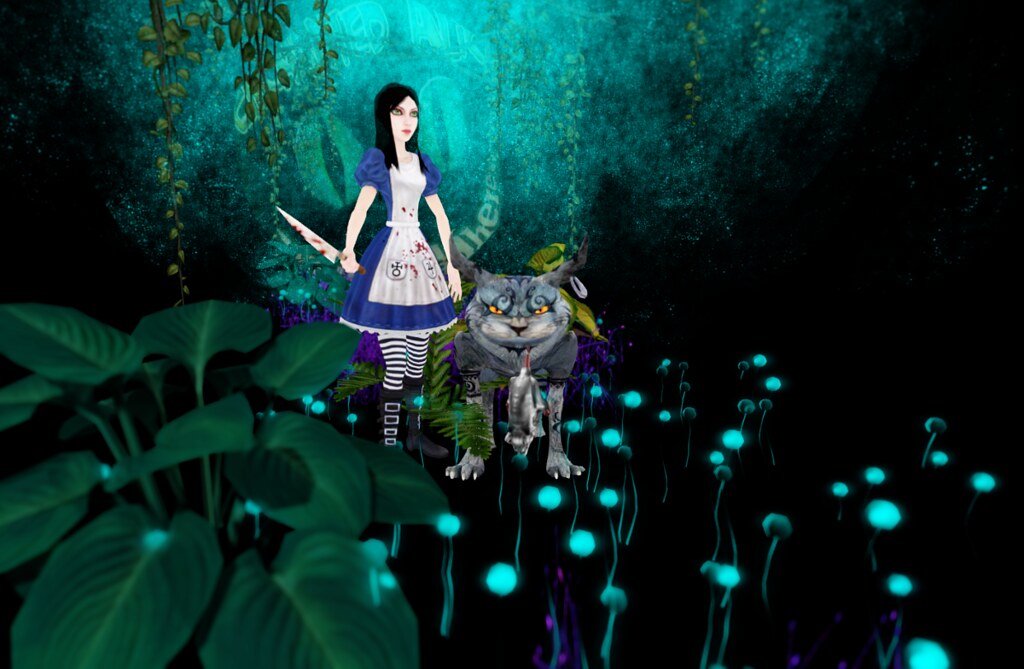 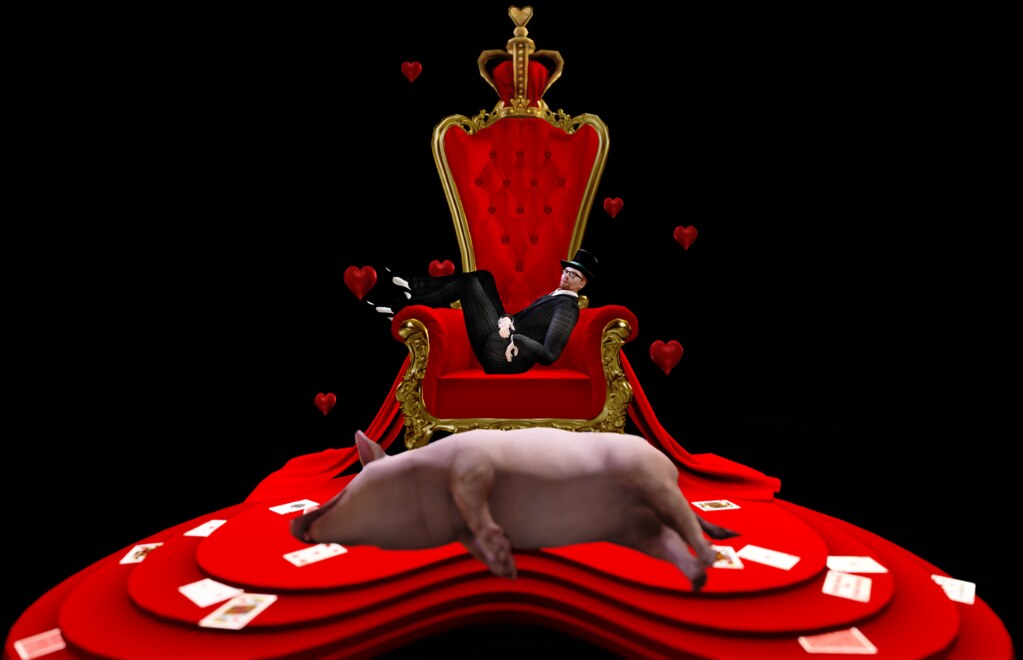 Ricco on the Queen’s throne

As before, Enchanted Alice can be an entertaining and stimulating experience in SL. The renewed environment refreshes the interest it may have even to those of us who have visited its previous edition. That’s what happened to me: I went there and had a great time playing the game of Alice. 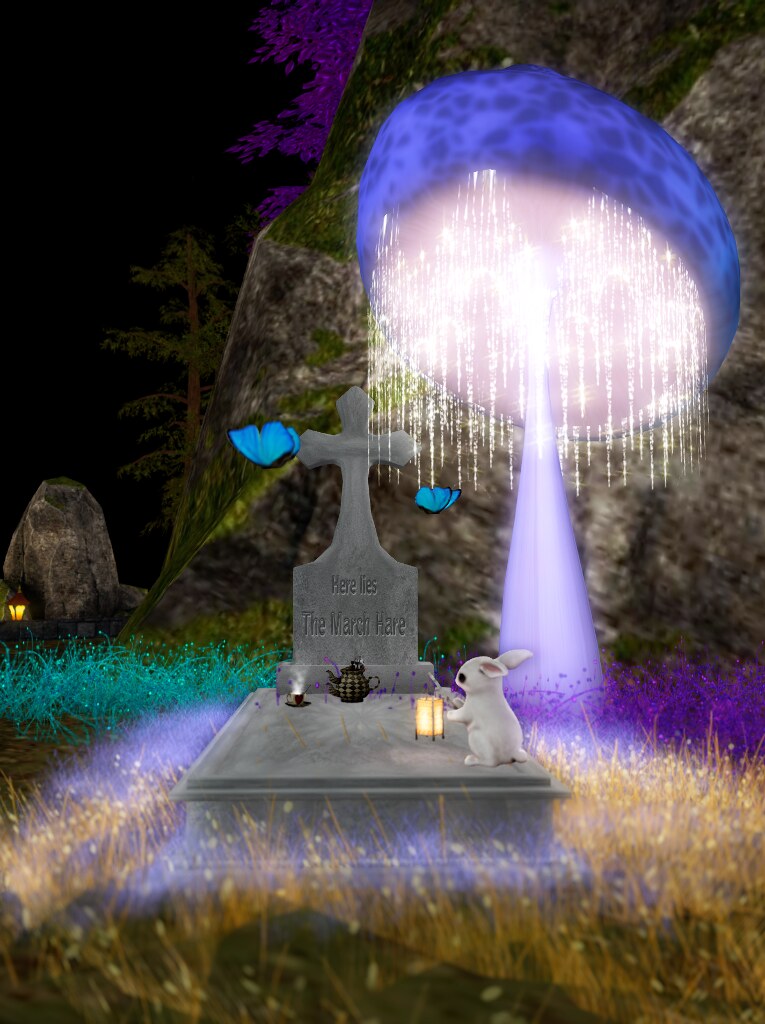 One thought on “Playing the game of Alice”