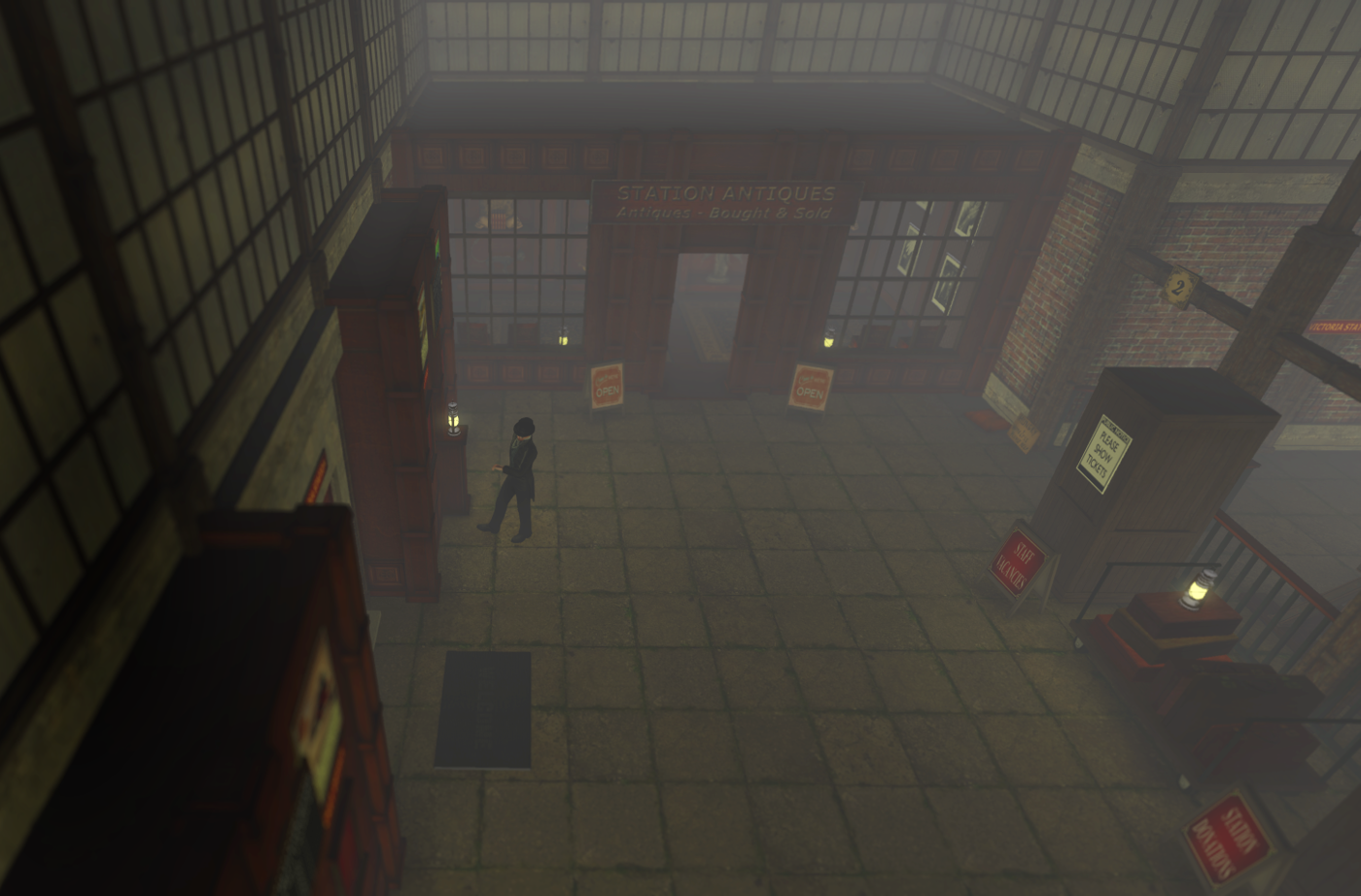 Ricco buys a ticket to the Victorian train 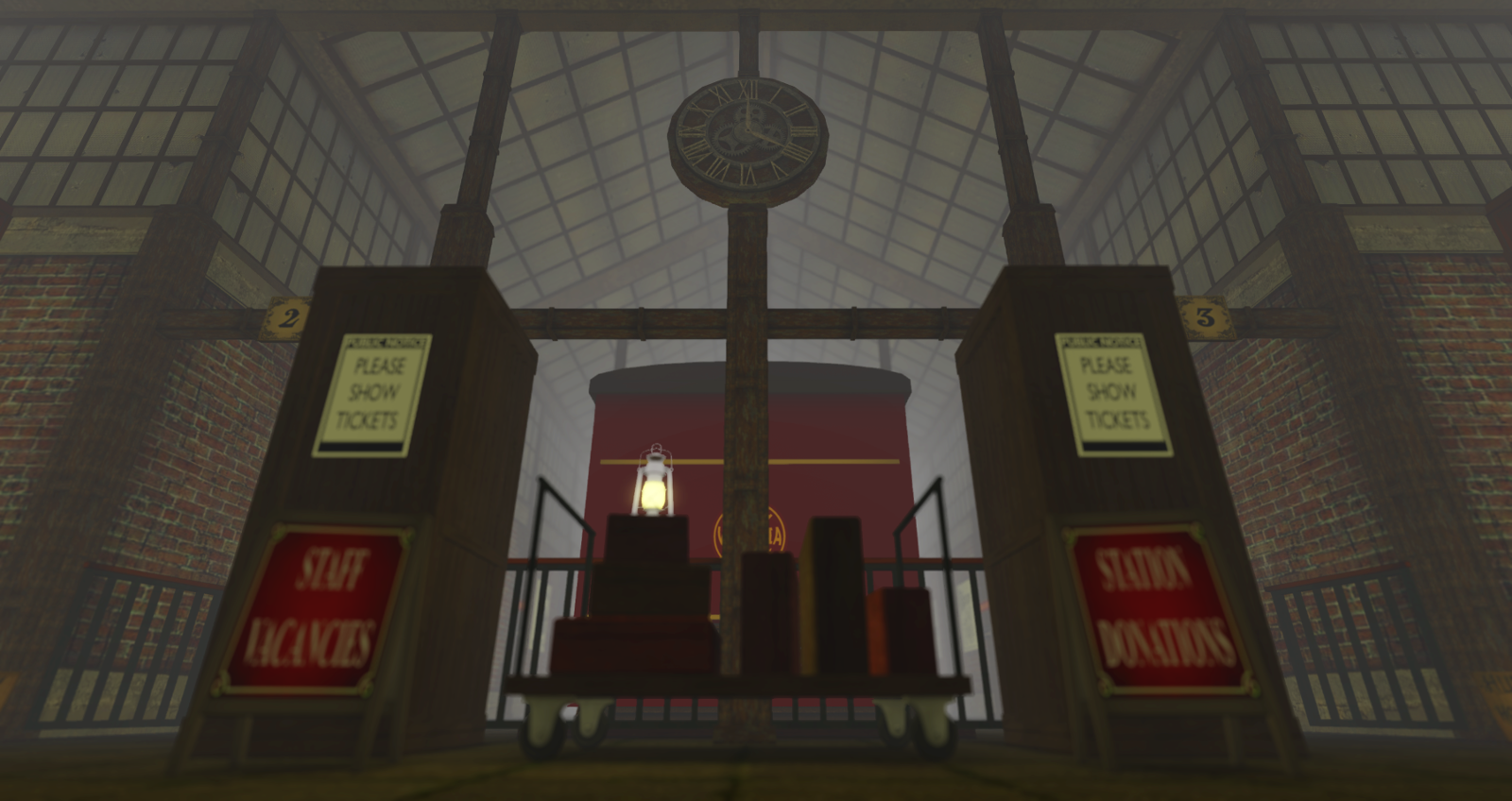 The station, its clock, and the train 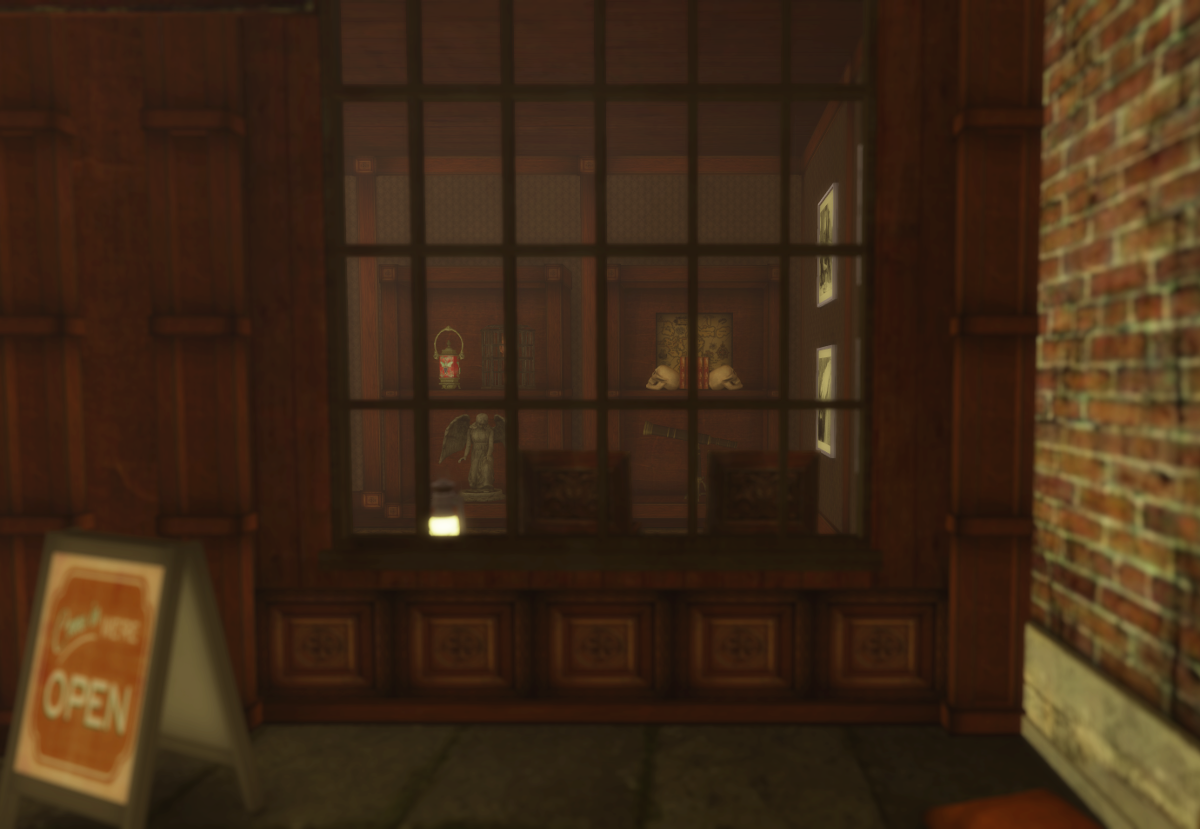 The antiques shop at the station

I was going to write on the Victorian era presence in Second Life and on how the Victorian times still fascinate many of us. My point of departure would be Victoria Station, which I have recently found in SL – where I embarked on a 19th century train, went to a bookstore where I could collect short stories by Poe, Henry James, Bram Stoker, Conan Doyle and many others, and discovered a séance venue. I would mention that the multiplication of railroads and steam locomotives pulling wagons up and down was a good symbol of those days, for they represent the technical progress, the speed, the distance shortening and the transformations that people experimented back then. The scientific and technical advancement would not come without uncertainties and anxieties, and those conflicts would be reflected in the 19th century literature, especially in the ghost tales and horror narratives. I would develop those themes and try to link them with the attempts to rationalize the supernatural, to approach it by means of what at least seemed to be a more scientific-like narrative. All those elements, those reflections, would come from the station that I’ve visited and I would write about it all, but, surprised, I learned that the place will soon disappear, probably in less than a week. The owner is moving the séance venue to New Babbage – I don’t know where exactly – but it seems that the station itself will go away in a few days. And I found myself, again, before the ephemeral side of SL. 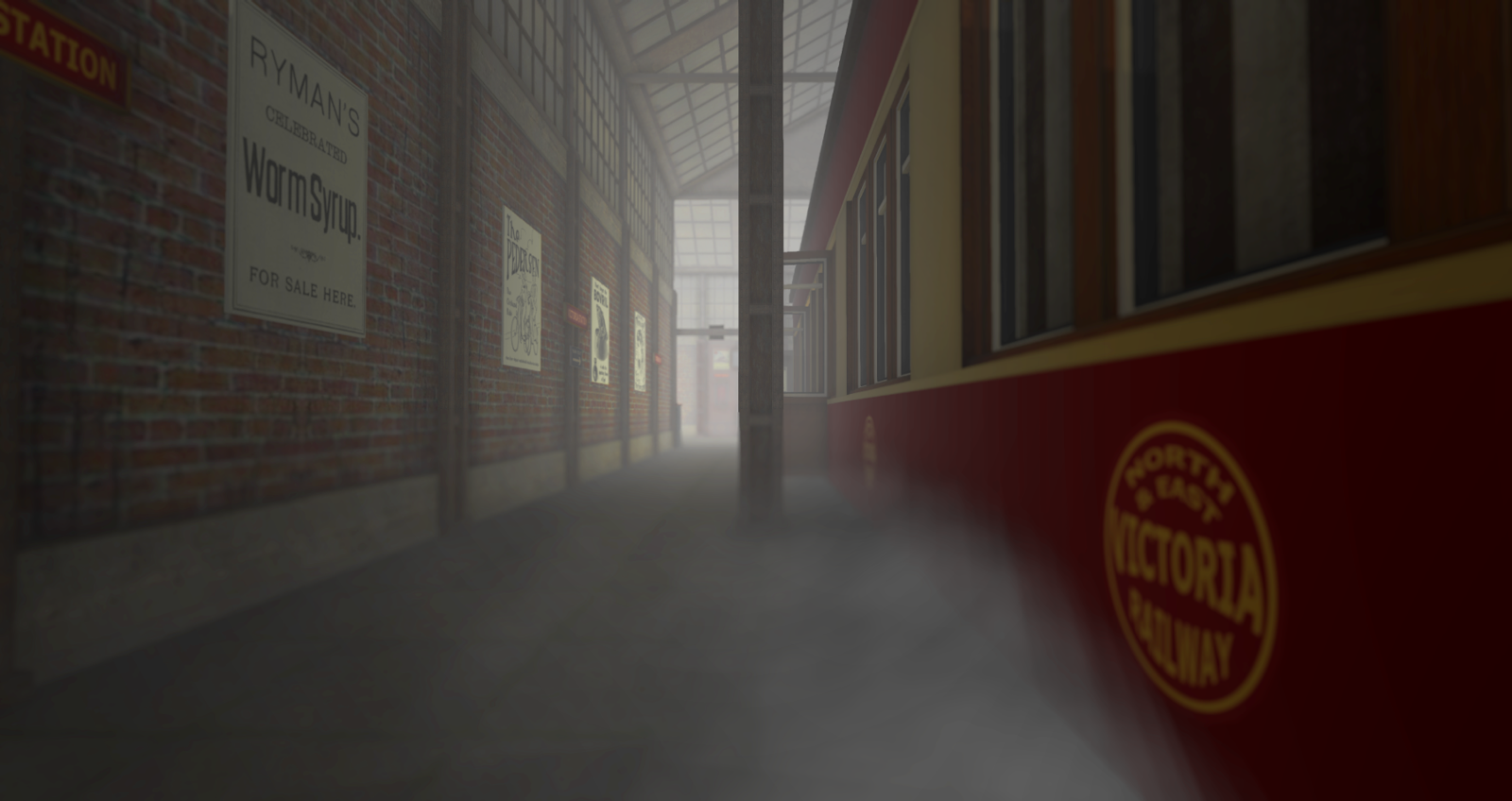 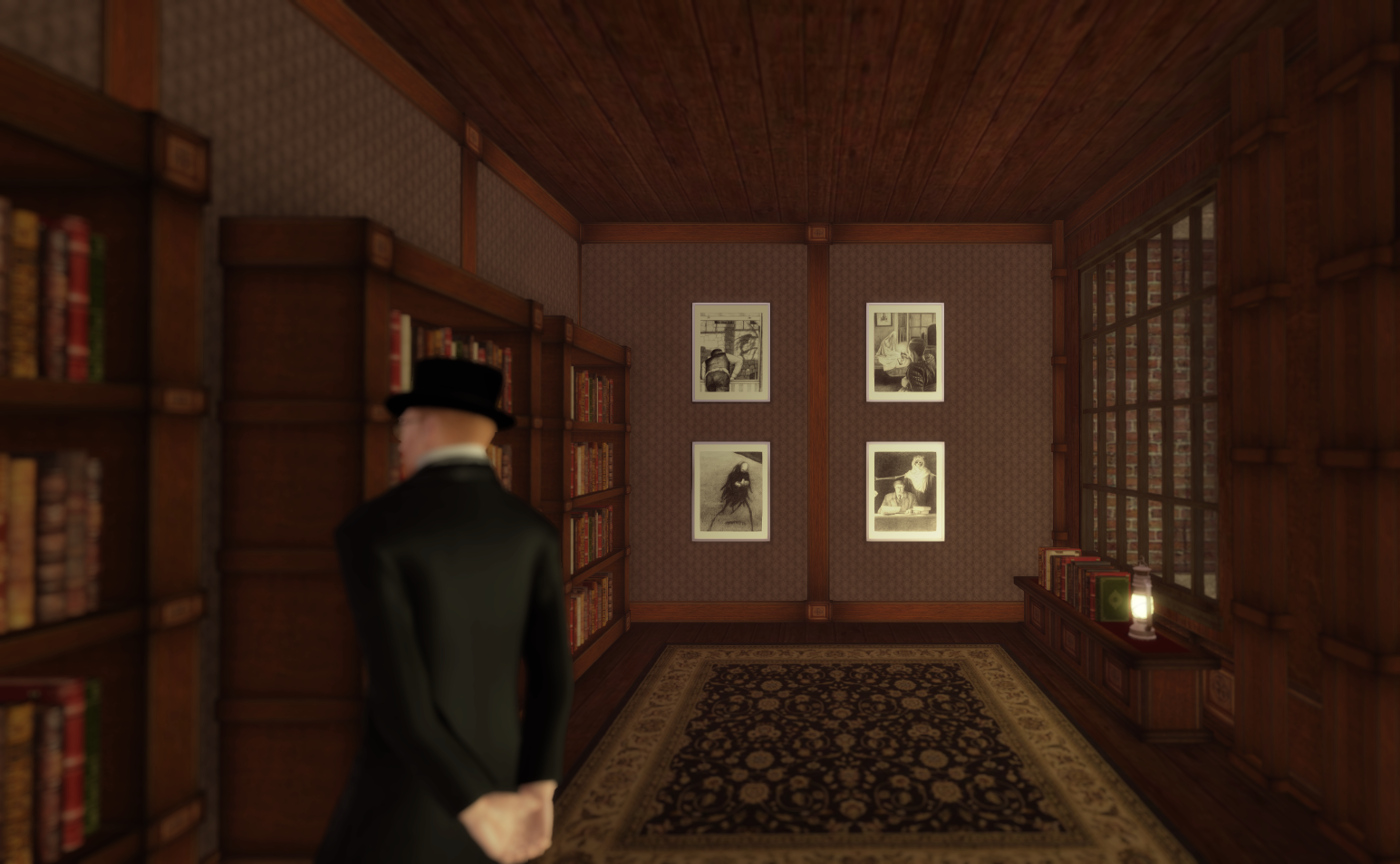 Ricco at the bookstore that offers short stories by Victorian authors

In SL, our journey is urgent: what we see today may not be there tomorrow and that is even more true in the virtual world than in the atomic one. We don’t count with, let’s say, New York disappearing from day to night. An unforeseen catastrophe may happen, everything may happen, but it’s not likely. In Second Life, nonetheless, how many sims have vanished from the map? How many parcels were occupied one night and empty the following day? Worse, how many friends have left, how many have departed without a word and we don’t even know if they’re still alive? 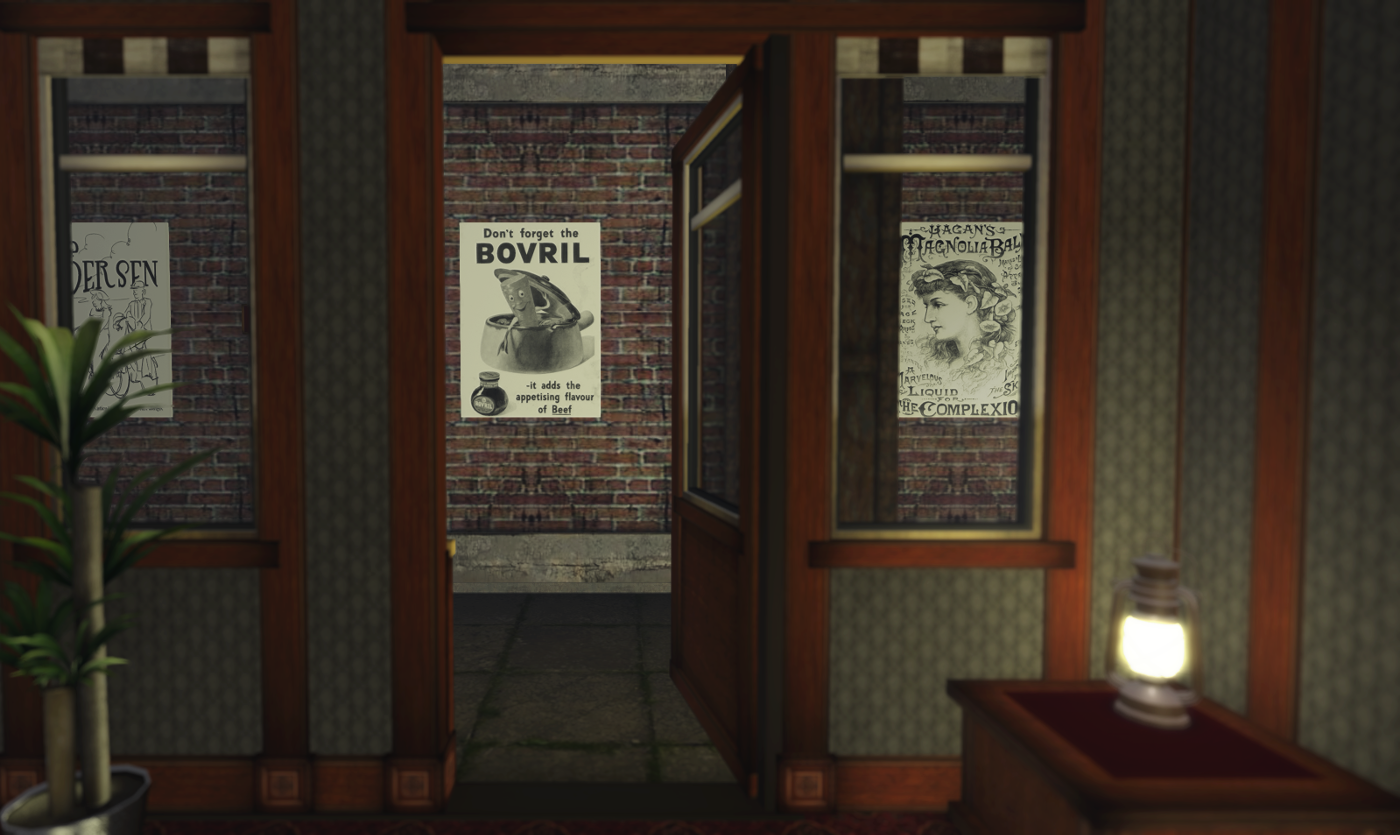 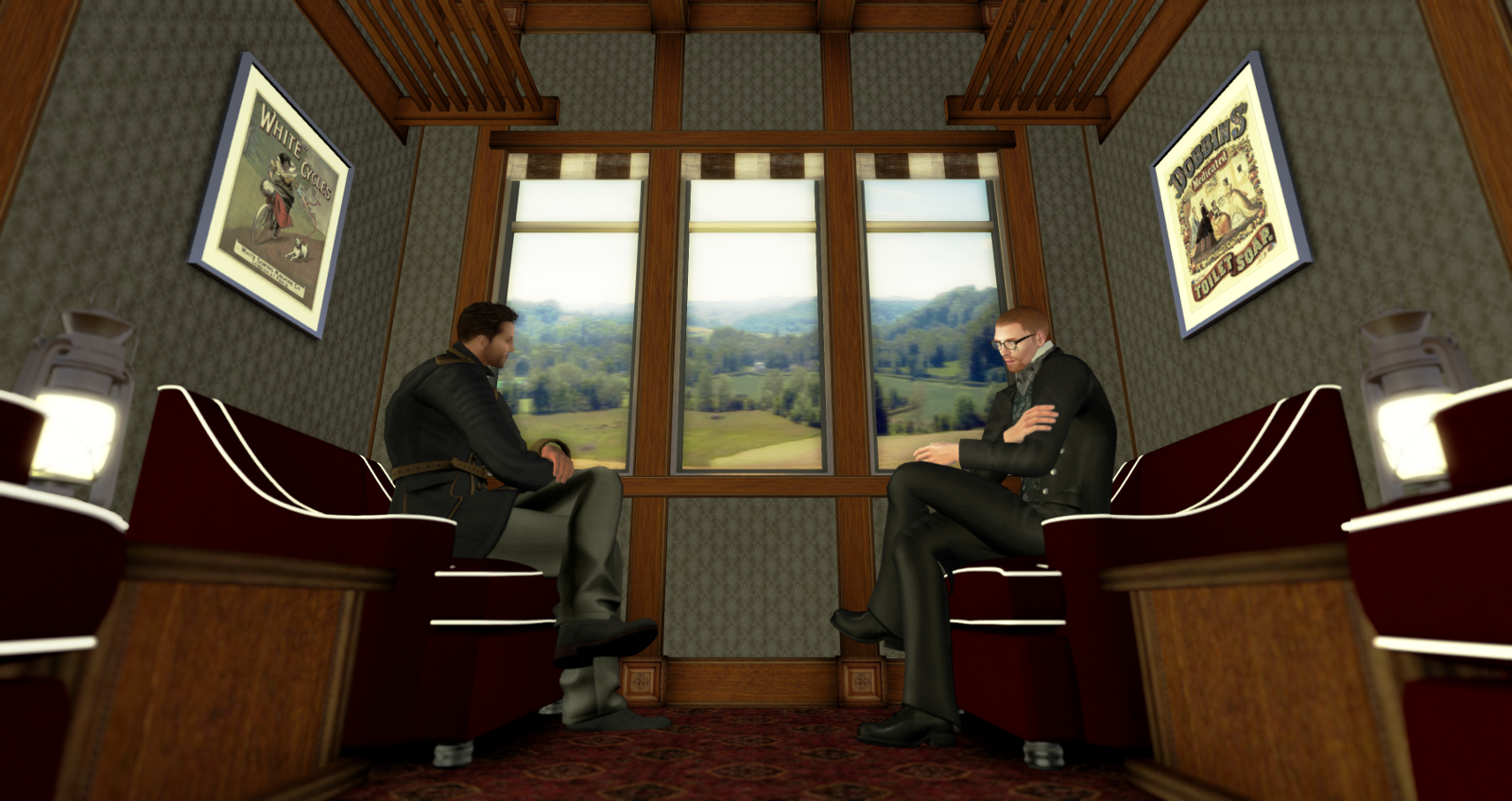 Gentlemen talk in the saloon car 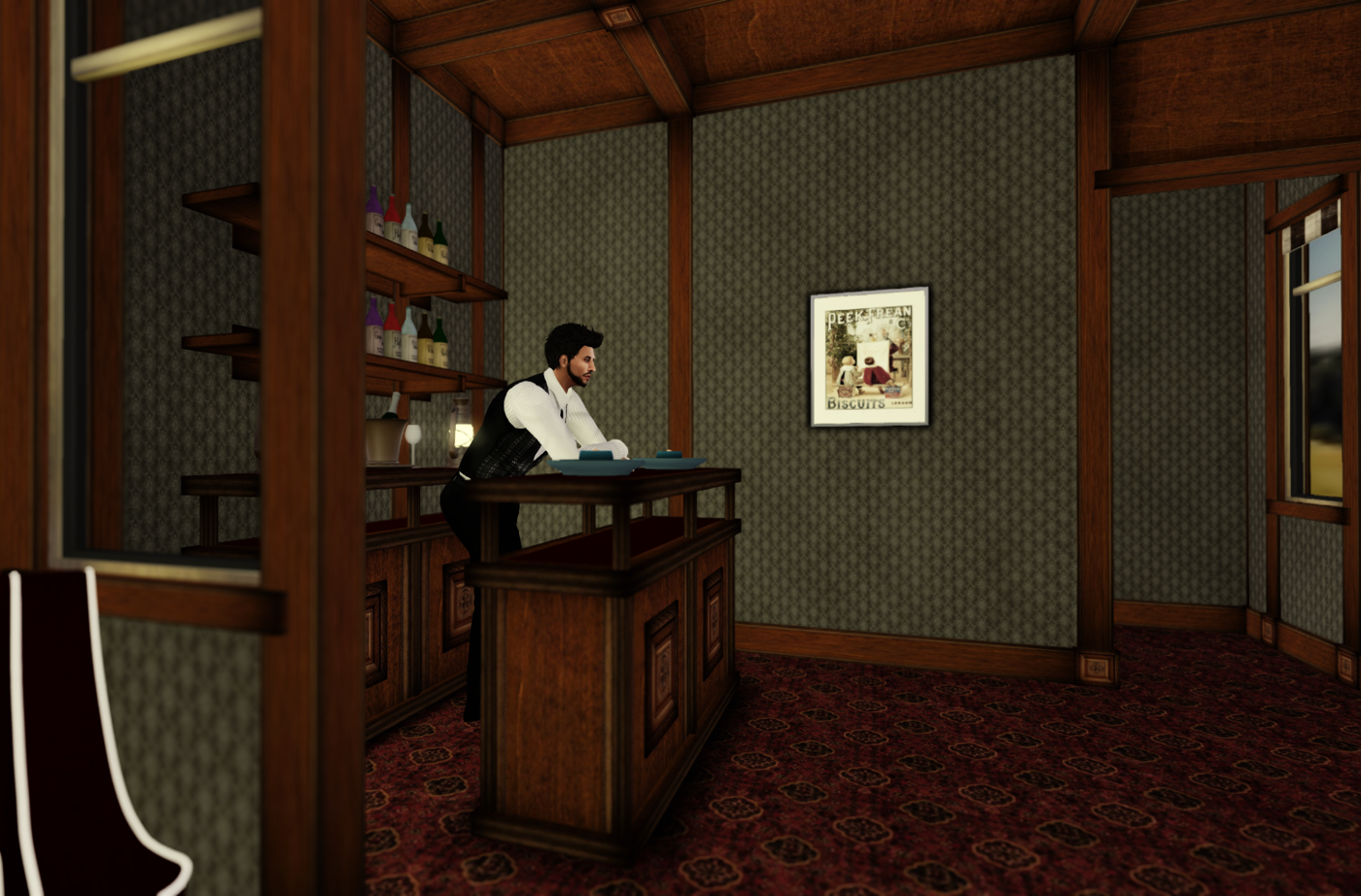 The waiter in the lounge car 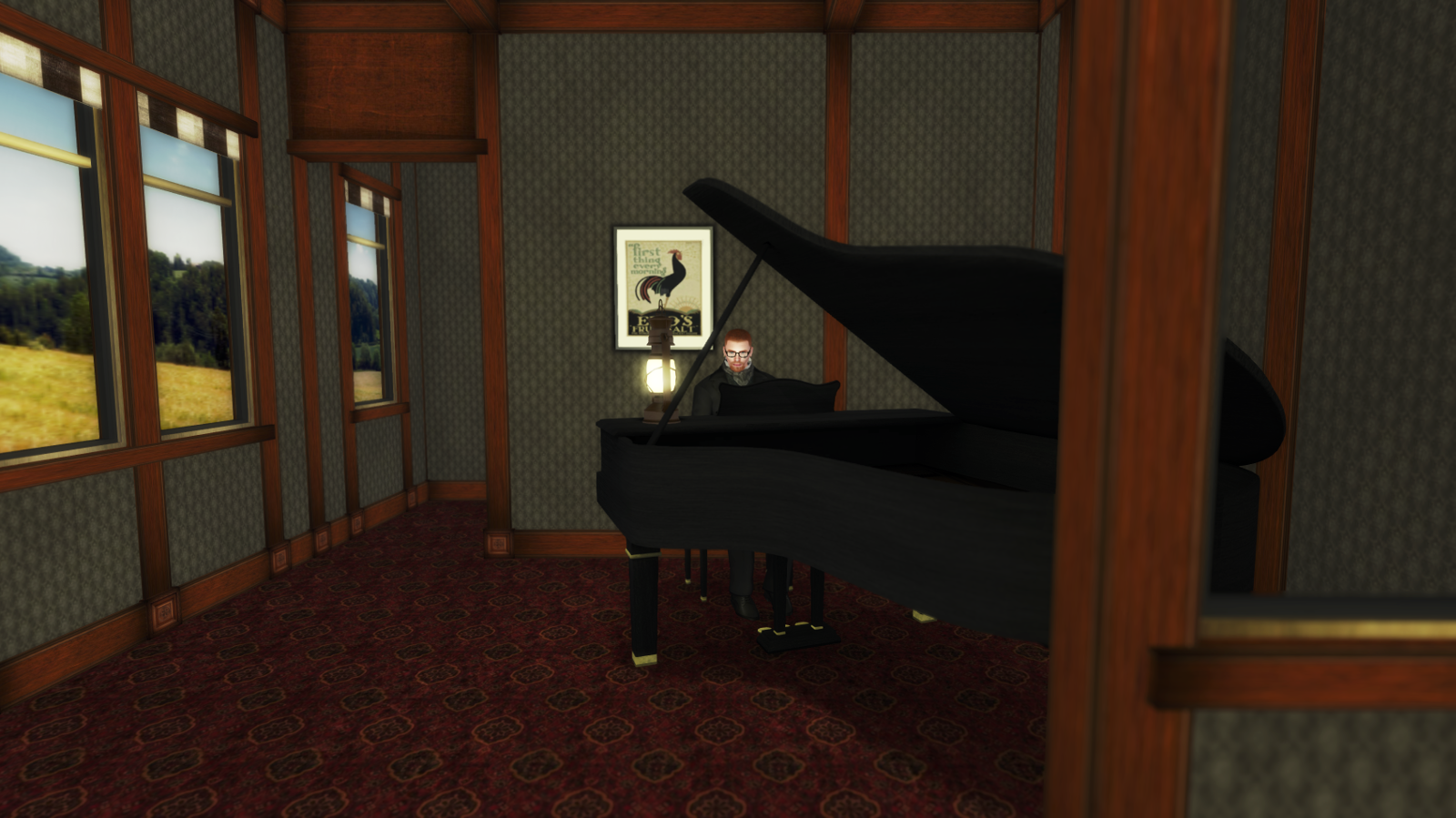 There is a debate on the meaning of a sentence by the Greek pre-Socratic philosopher Heraclitus of Ephesus quoted by Plato as: “You could not step twice into the same river”. The obvious interpretation is that, since everything changes, the river and its waters are not the same as you step on it again. Some go further and underline that you, yourself, won’t be the same as you go into the river again. And then there is also a well-known critique by Cratylus, who stated that one could not step into the same river even once – for in the whole process of one entering it, the river keeps mutating. Still, comparing the sentence quoted by Plato with another one quoted by Arius Didymus (according to Eusebius), some conclude that Heraclitus’ river remains the same and what changes is the water that flows in it. Indeed, if water doesn’t flow, what we see is not a river, for there is no river with still water. So, the river is the same because it (or its water) modifies, because it carries the change in it. Similarly, we also change and continue to be ourselves – or, more radically, we change to keep being ourselves. 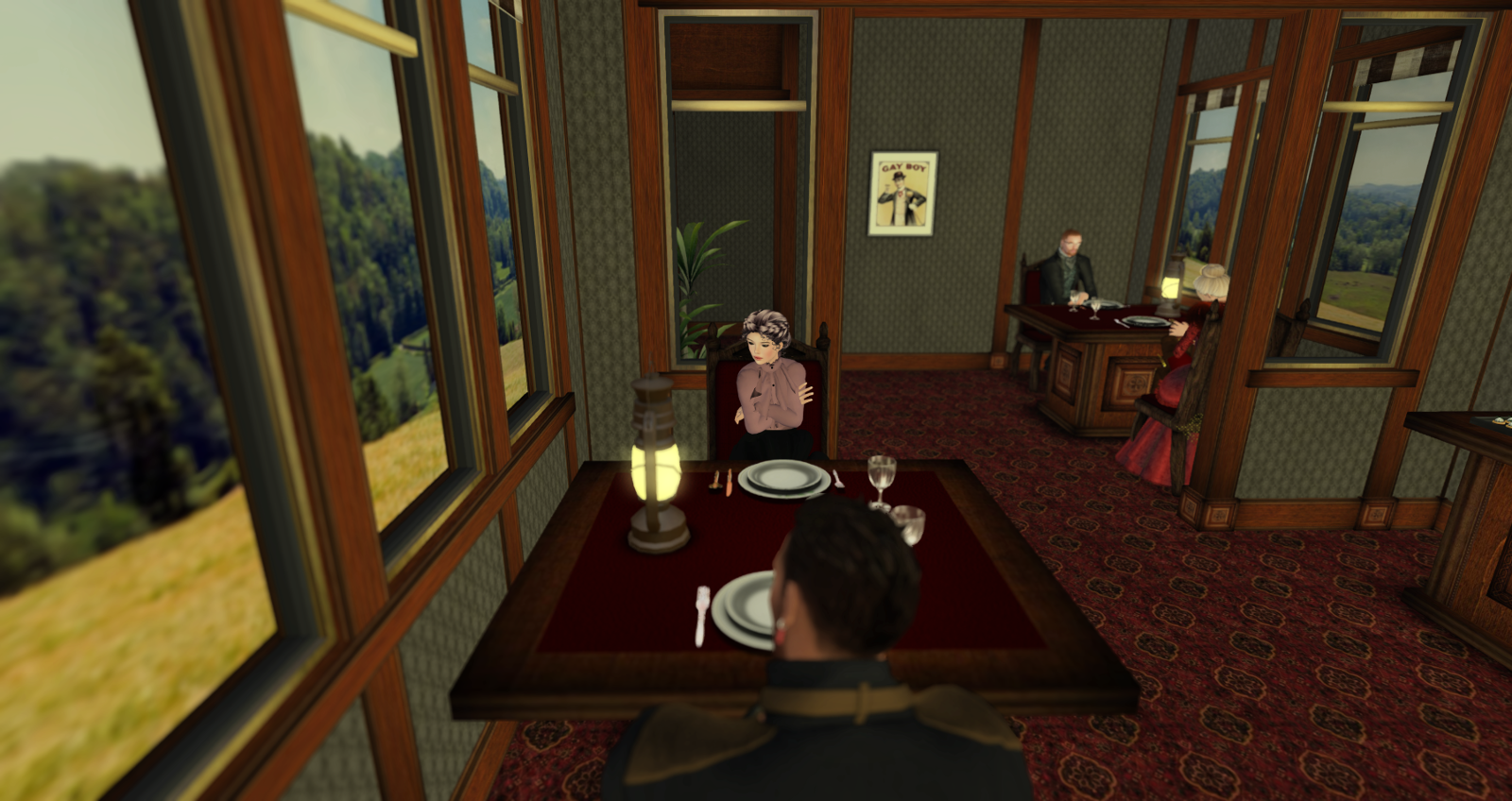 In the dining car

In a way, then, we could say that the speed of modifications in the virtual world of Second Life forces us to face our rivers. SL is our virtual river, a particular river in the greater course of our existences. (And I would risk to say that, by embracing so many transformations, it also became an example of a long-lived product in an environment – the one of informatics, internet and computer softwares – in which things tend to come and go fast). 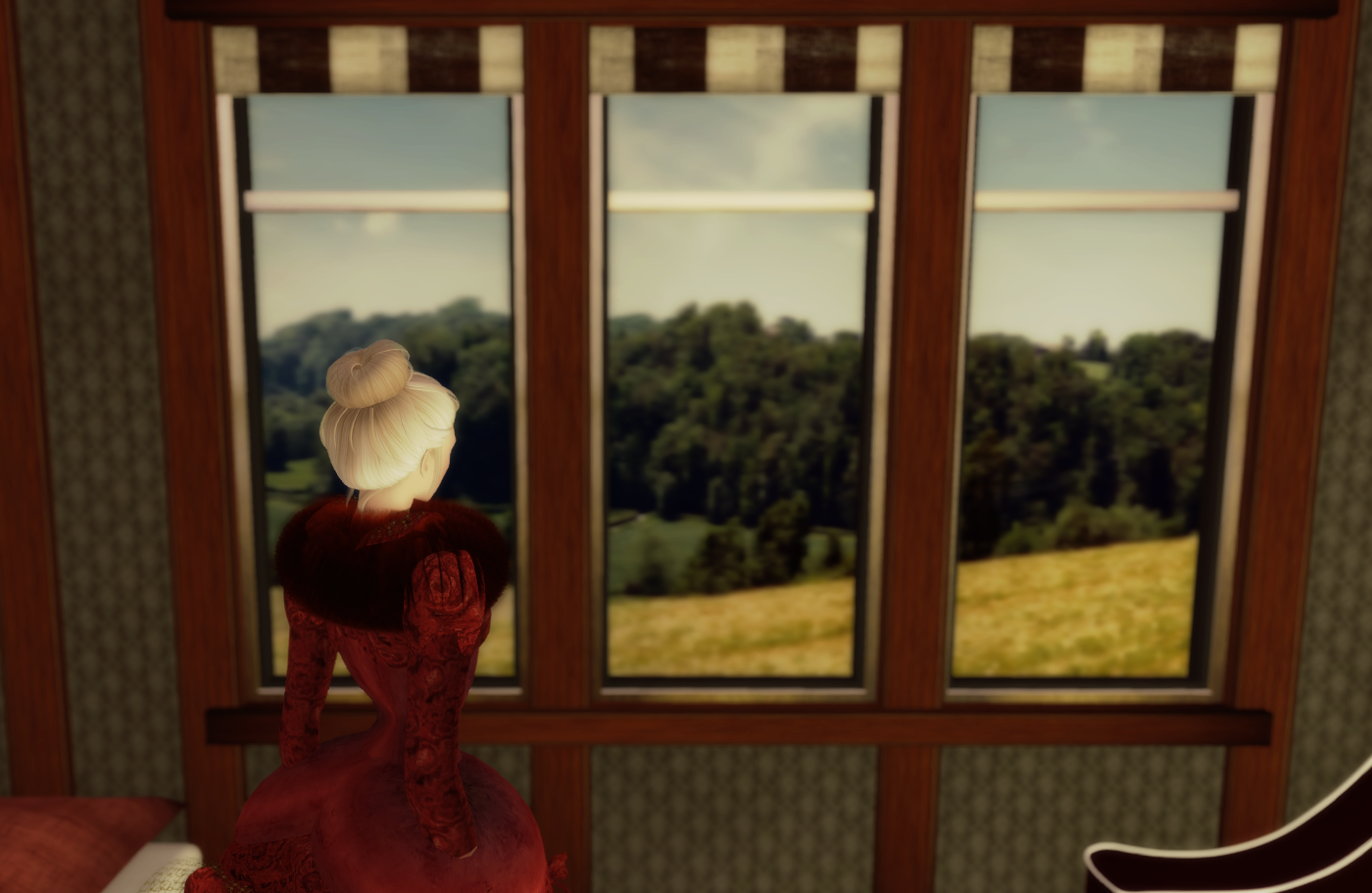 A lady in the sleeper car 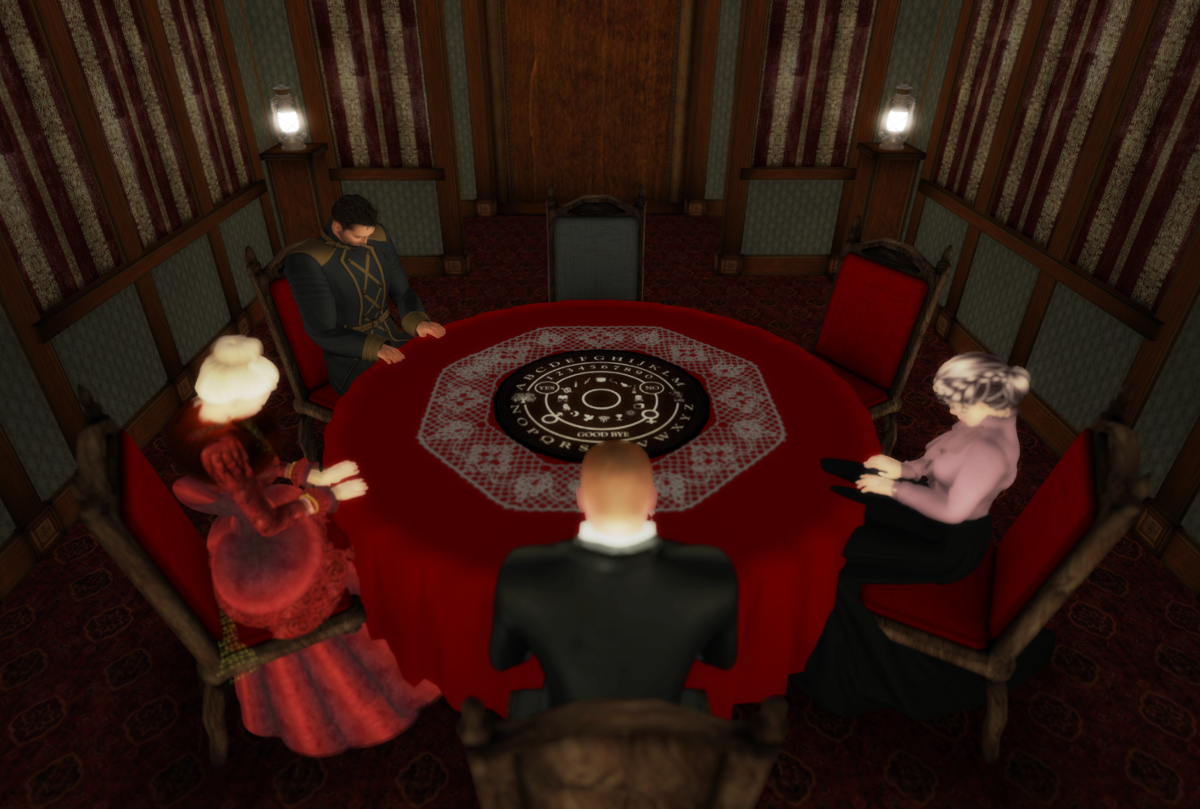 In the séance car

So, as the Victorian world came to an end – or, better, changed into something else – also its representation in the parcel known today as the house of Victoria Station will soon go away, giving path to a transformed experience in New Babbage. This post, too, was completely modified if we consider my original plans to it. May the pictures here pay tribute to what this text would have been. 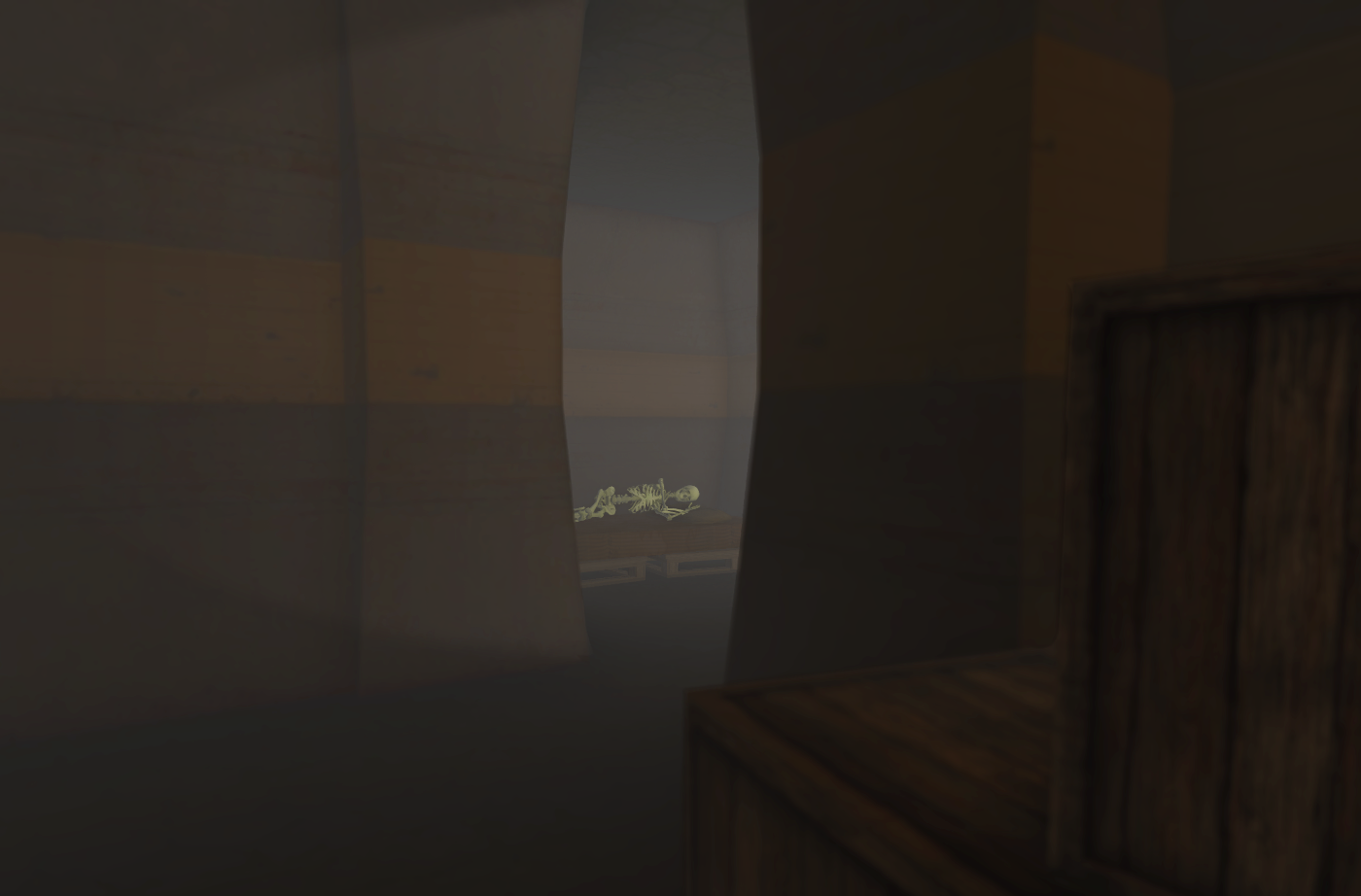 In a hidden tunnel at the station, someone lies, forgotten

5 thoughts on “A train to a vanishing world”