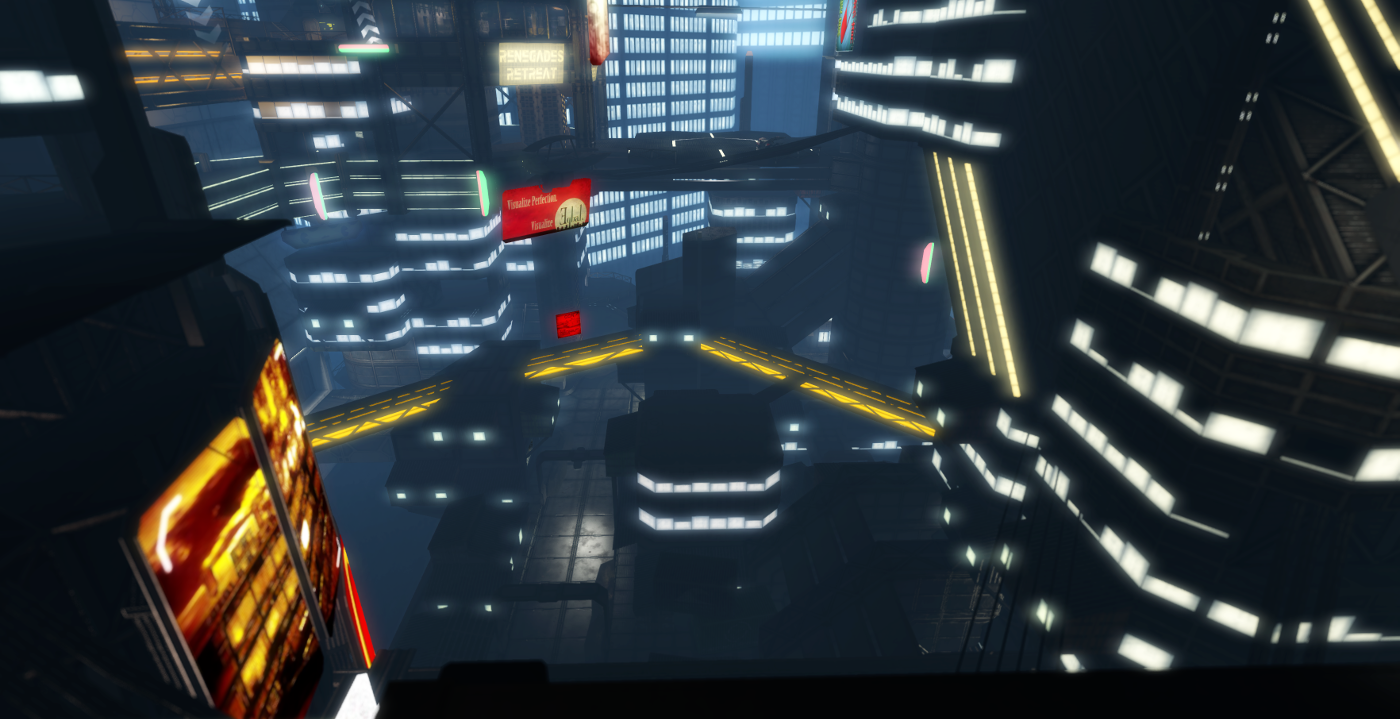 I realized a couple of weeks ago that I hadn’t visited cyberpunk sims in Second Life for a while and, since the theme fascinates me, I decided to go checking them. I noticed, then, that though it has been out there for some years, I had never been to Mesa 5 before, and its structure fascinated me and triggered some sci-fi references in my mind. Particularly, the way that the city was built in Mesa 5 made me think of how cityscapes have been thought of in scientific fiction and, especially, in movies set in the future (because movies offer us a more visual approach to the theme). 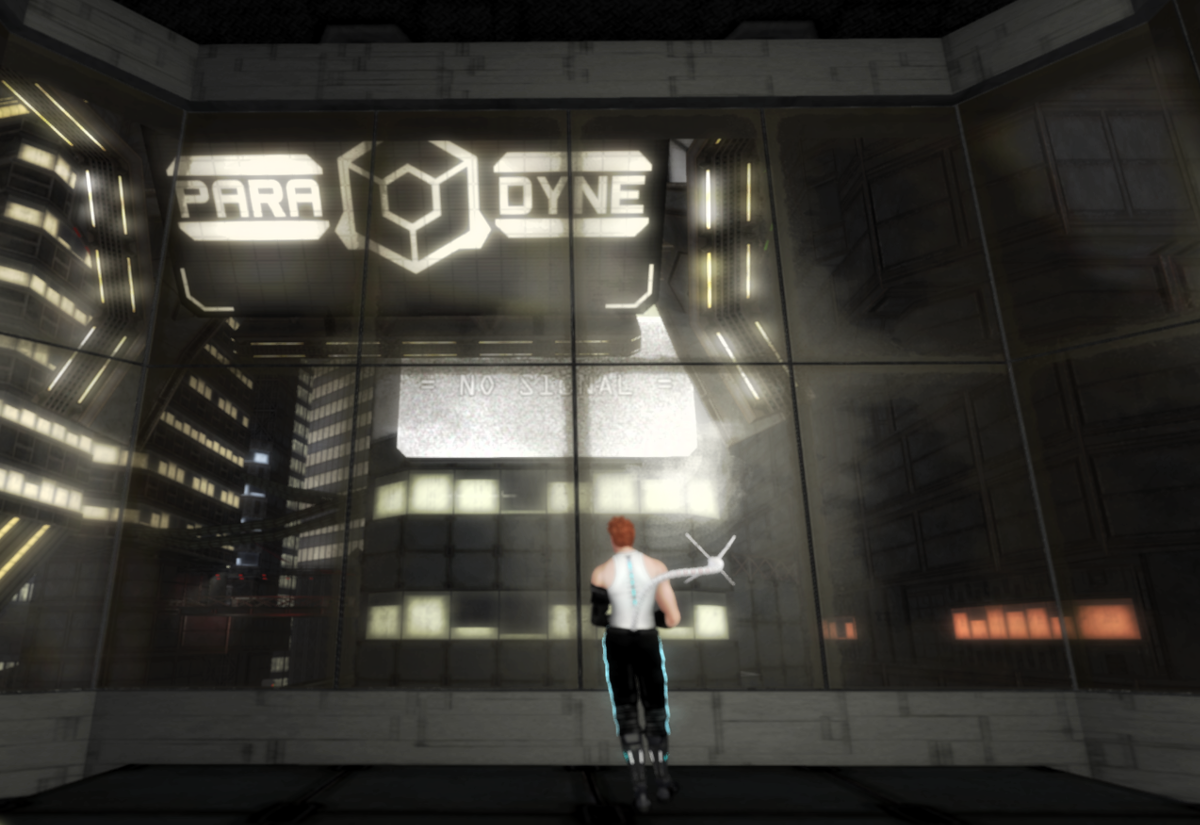 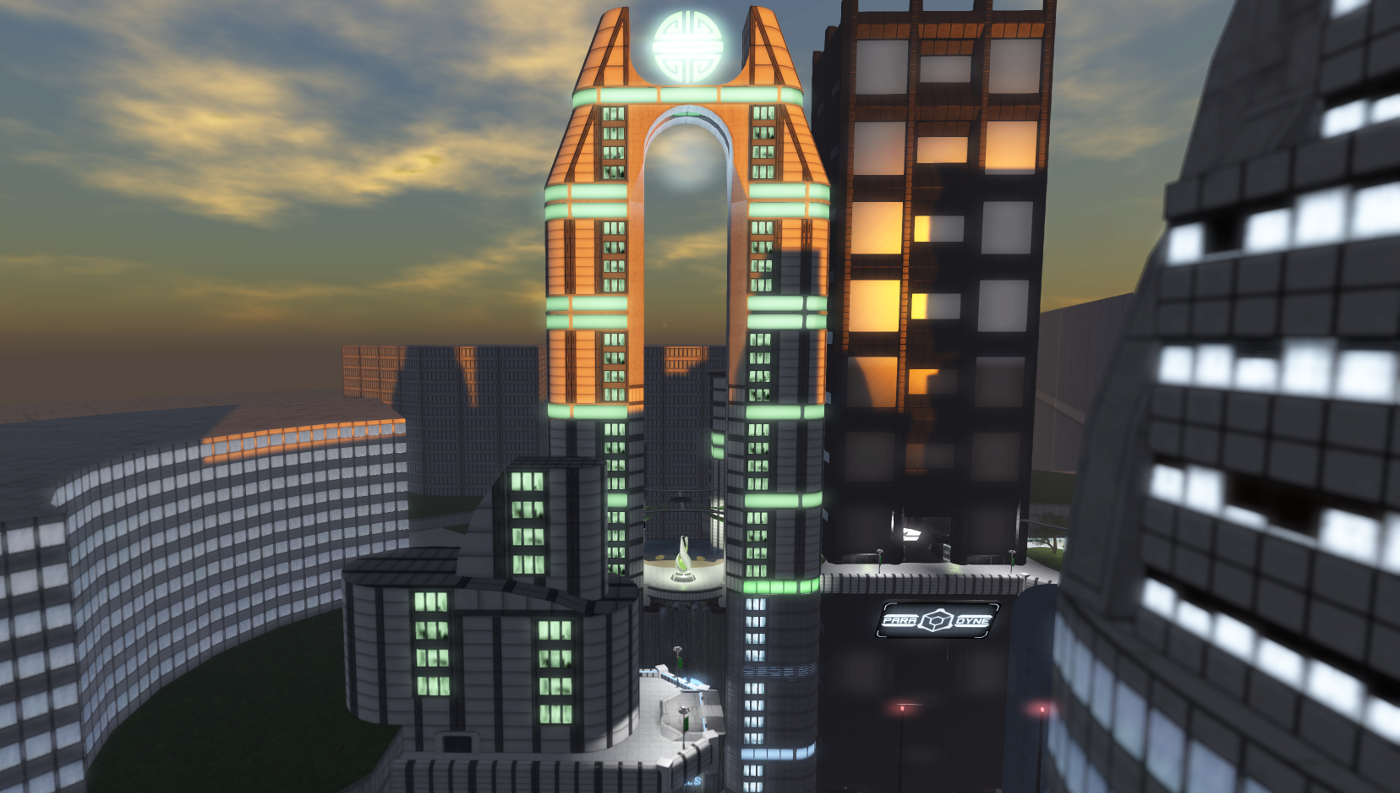 Mesa 5’s Overcity, home of the wealthy ones 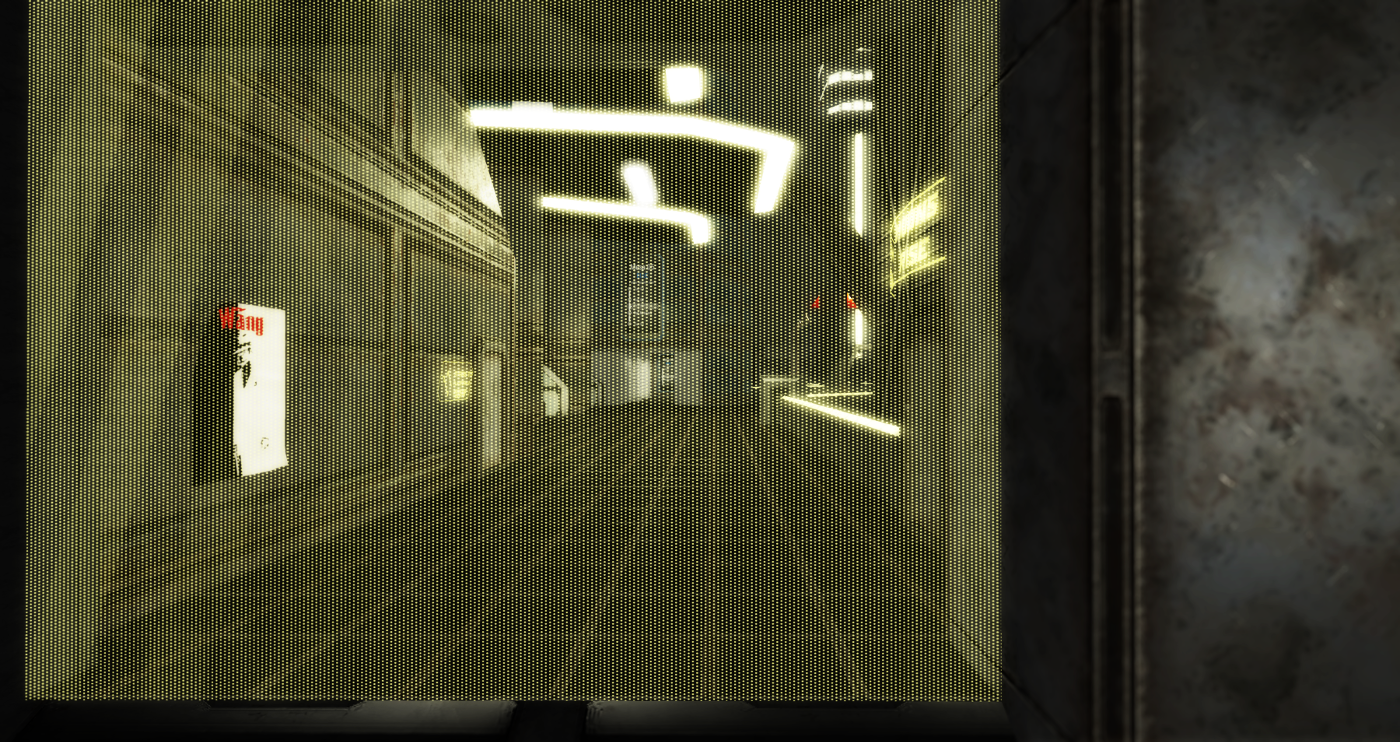 Mesa 5 is described as part of a complex built in Caliban IV, a planet in the Caliban System almost entirely covered in water. The city has three layers: the Undercity, which, according to Mesa 5 Wiki pages, “provides shelter for various refugees and ne’er-do-wells” and where “crime and lawlessness is rife”; the Midcity, “where the majority of Mesa’s population resides” and where “various commercial districts” are located; and the Overcity, the level in which the social elite resides, surrounded by “parks and plazas” and “expensively imported wood and other luxuries”. As one may guess, the sim is designed for role-playing, but non-player visitors are welcome in almost every area there (I would probably like to engage in a role-playing environment sometime, but I’ve never done it and I feel I need someone to guide me, so I don’t know when it will happen). 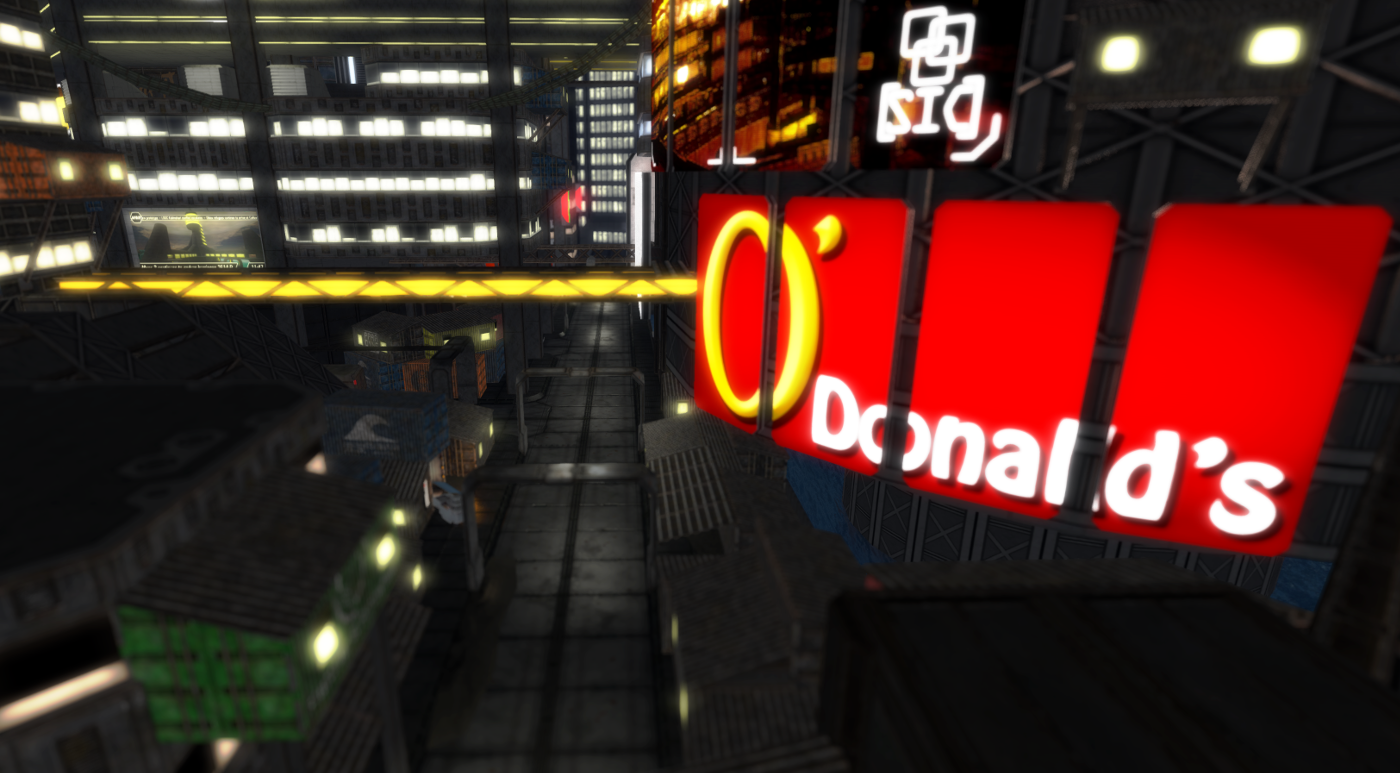 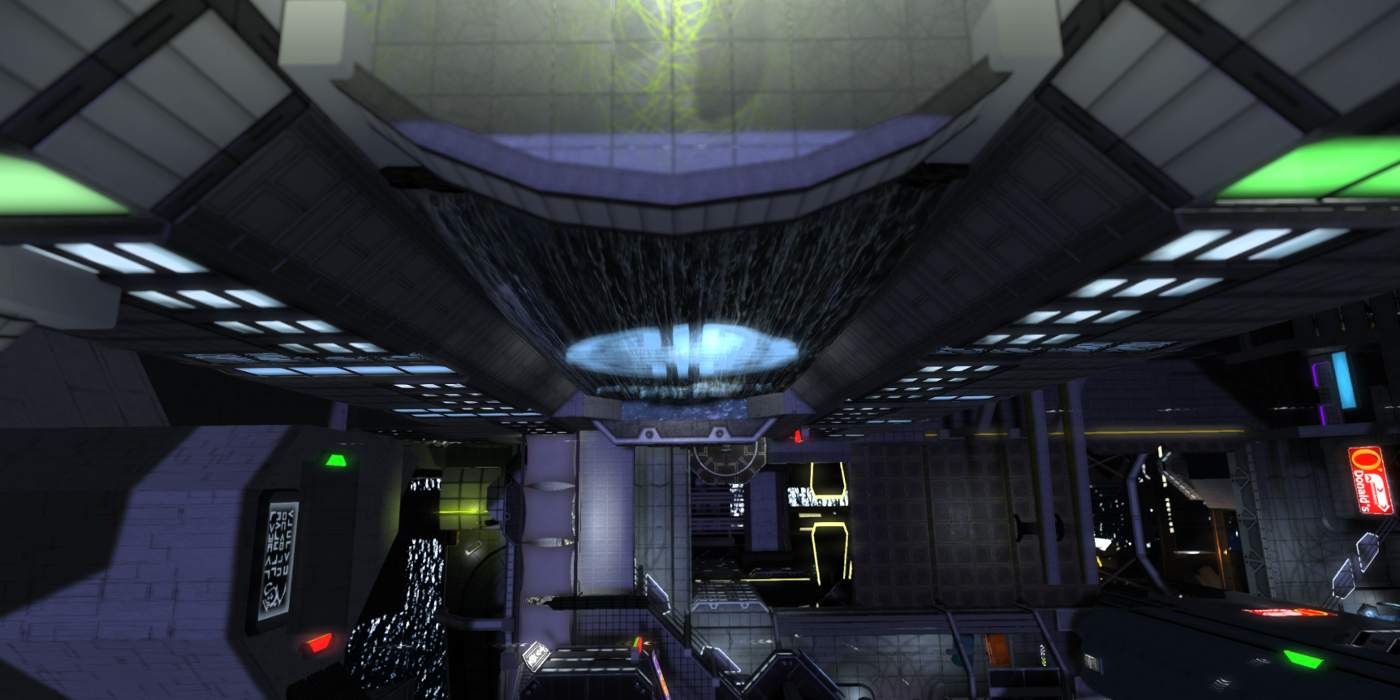 View from the top layer of the city

The layered Mesa 5 awakened some references in my mind and made me think, in particular, of a series of sci-fi movies. At first, of course, it reminded me of Blade Runner, with its dystopian Los Angeles, where chaos reigns on a somber ground level and the wealthy ones live in a luxurious environment high above, towards the light and bright skies. 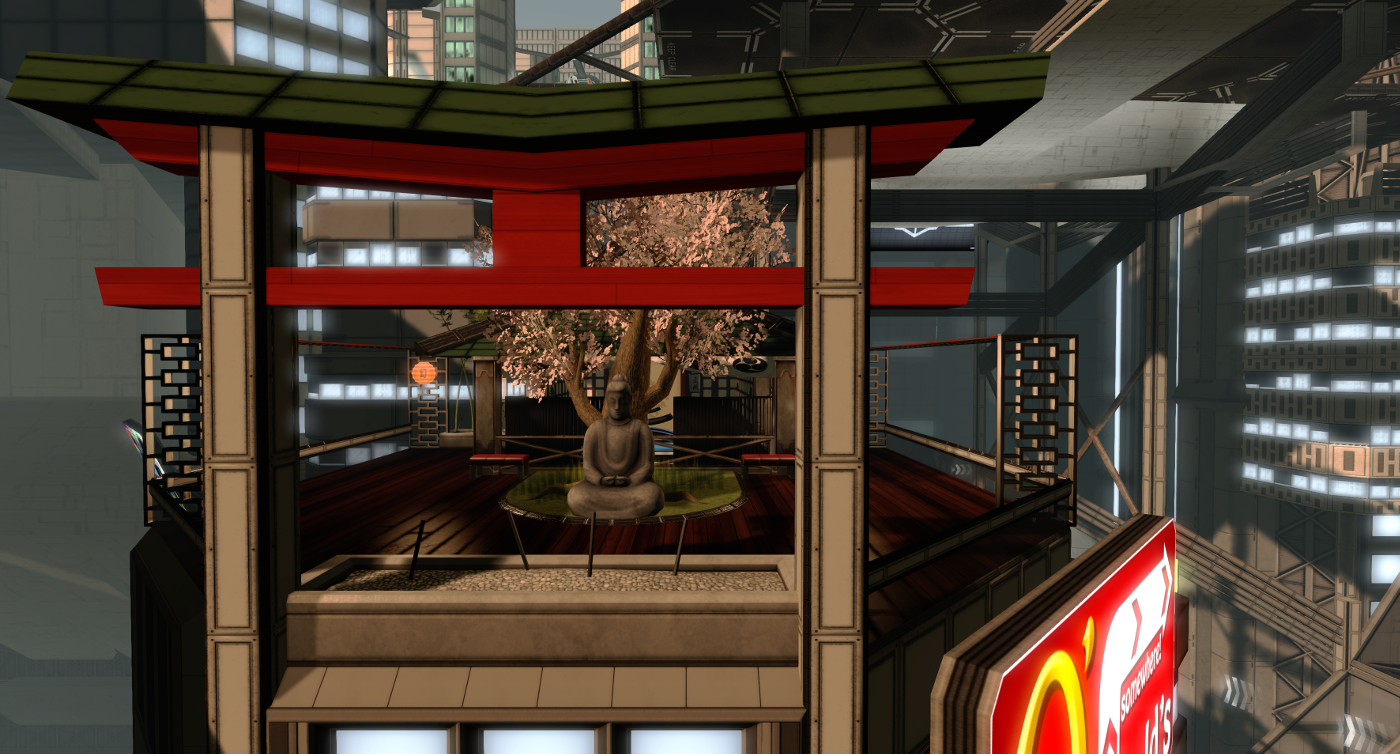 Blade Runner’s Los Angeles was openly inspired on the Metropolis imagined by Fritz Lang in his 1927 movie. In Metropolis, the city was conceived as the architectural image of social stratification, with the poor ones, the working class, living underground, in an invisible routine of deprivation and death. Keeping the same structure, Mesa 5 brings a different perspective, though, on the lowest levels of society: where Fritz Lang placed the workers, the creators of Caliban IV’s city located the lumpenproletariat, or simply lumpen, in marxist terms, or the underclass, as some sociological schools prefer. If sci-fi has more to do with our current conceptions than with the future itself, that change signficantly reveals how different creators, in different times, perceive exclusion in their societies. 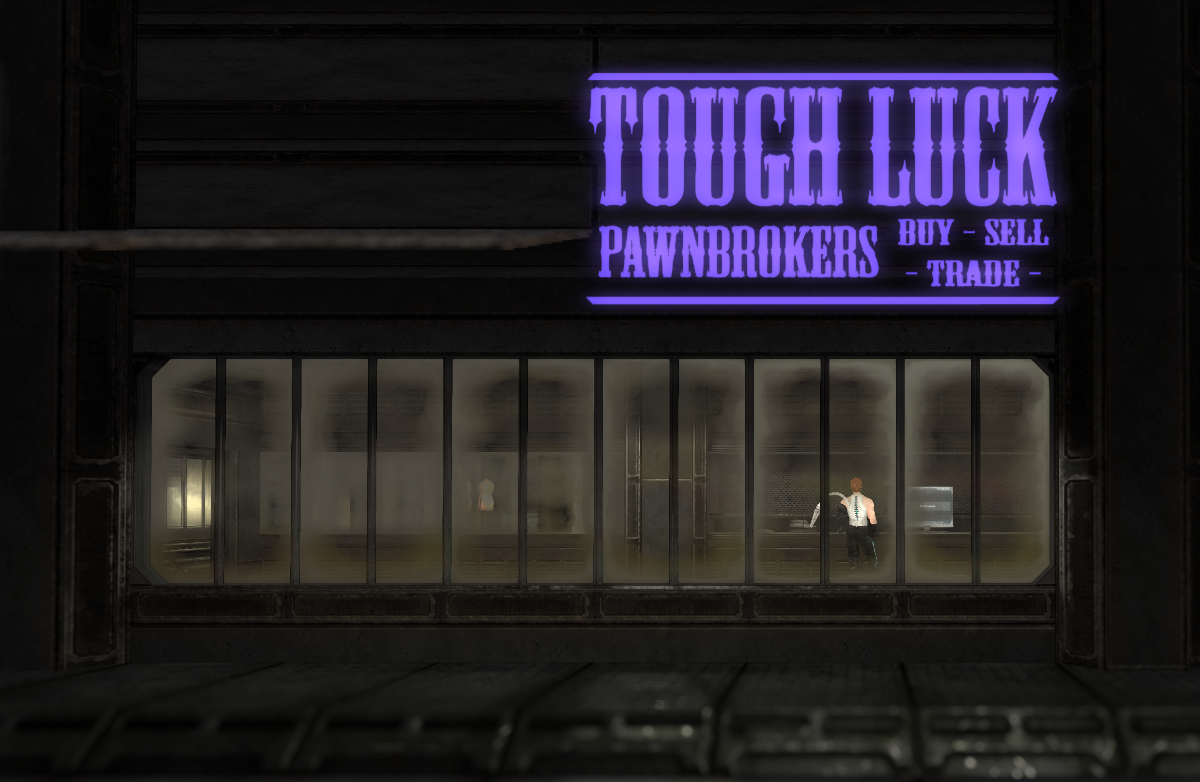 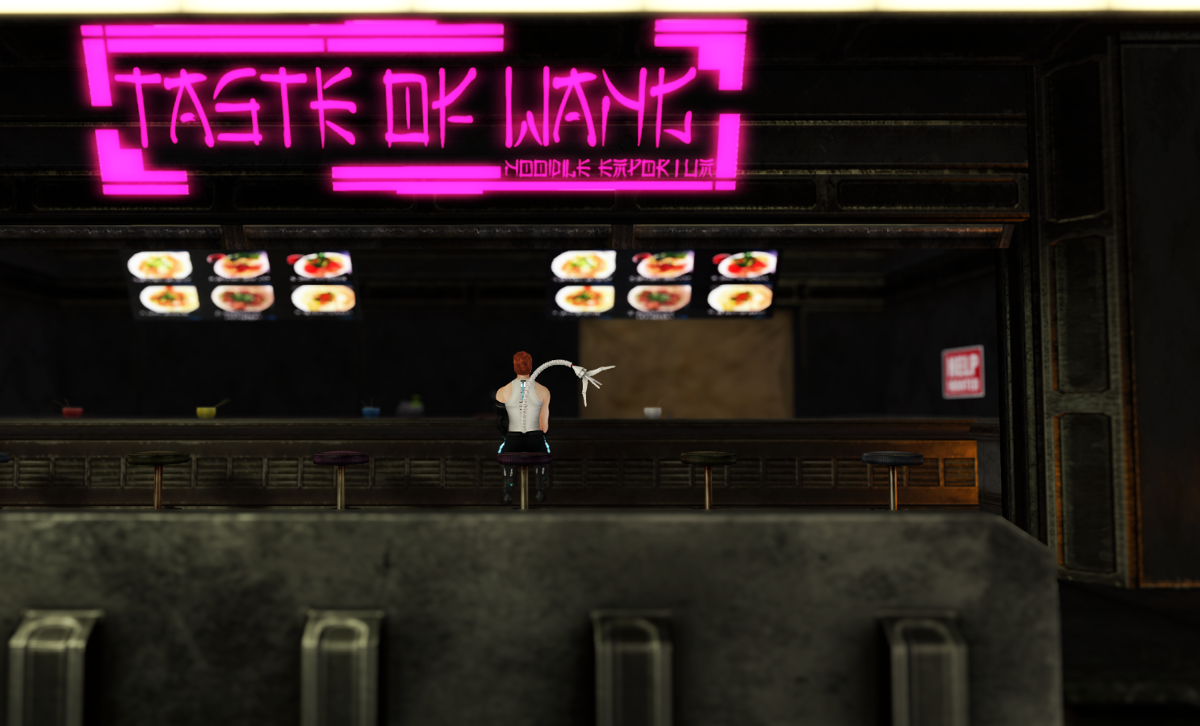 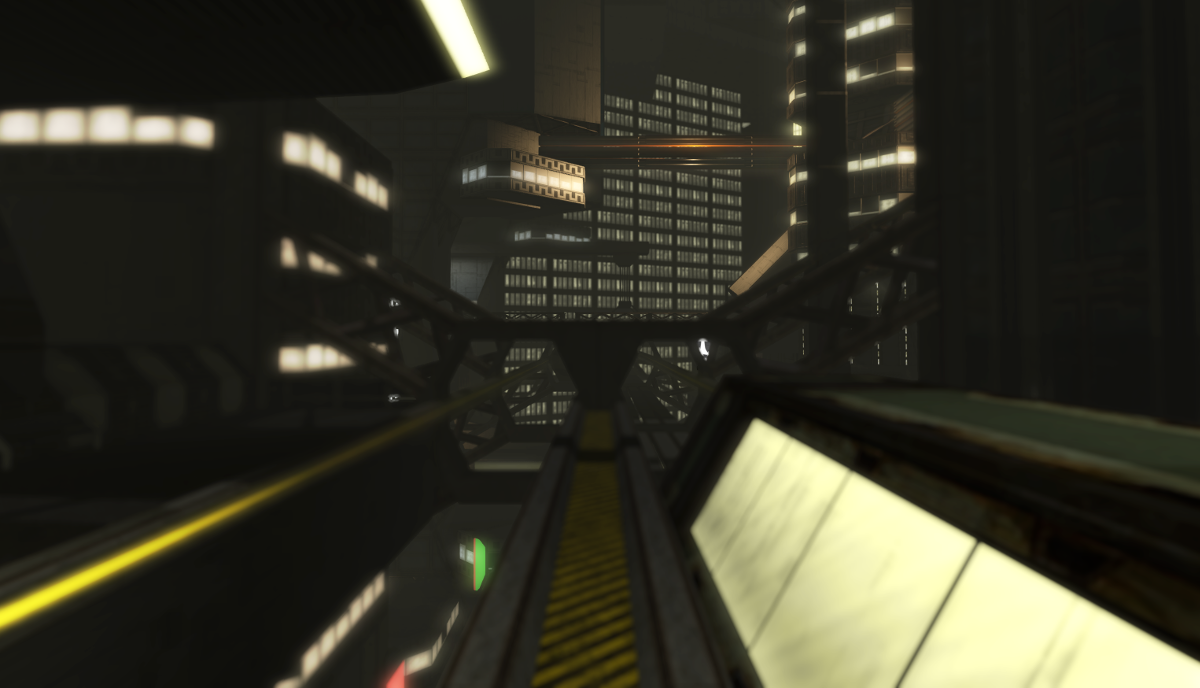 The elevated freeways in Mesa 5

(It’s worth noticing, though, that, on the one hand, both in Metropolis and in Mesa 5, the energy source for the whole city lies on the lowest level of the unban area, thus making explicit the connection between all social strata, from the renegade ones to the wealthiest ones; and that, on the other hand, Mesa 5’s conception can be linked to Anarchism, a tradition that’s at least as old as Marxism: Mikhail Bakunin’s views towards the lumpenproletariat is far more “positive” than Marx’s, for Bakunin considered that the lumpen was more revolutionary than the working class itself, since it hadn’t been assimilated by the industrial society. On a more visual note, it’s also curious that Metropolis‘ elevated freeways linking different buildings became an archetypal element for futuristic cities in science fiction and are also present, though reinterpreted, in Mesa 5.) 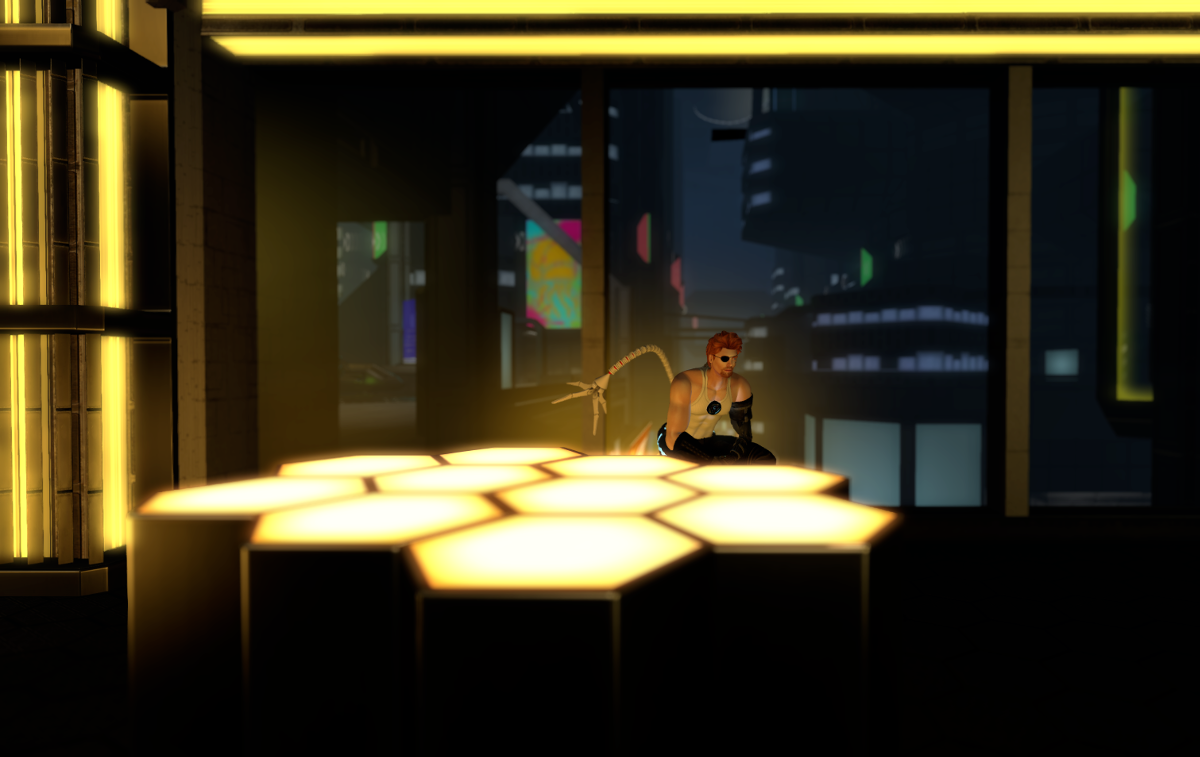 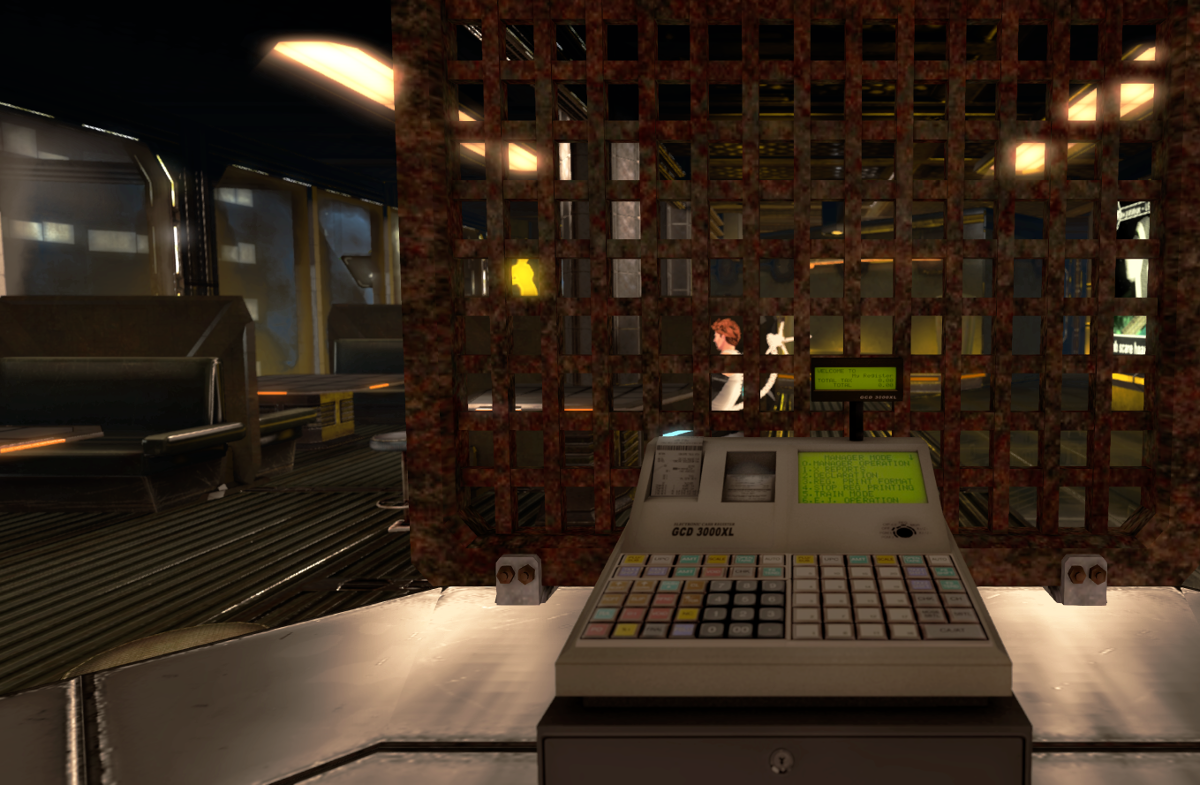 In the repertoire of sci-fi and cyberpunk pop cities that came to my mind while I visited Mesa 5, there is also New Tokyo, as seen in Akira – both the anime and the manga – by Katsuhiro Otomo. As New Tokyo, Mesa 5 was built on an artificial island or platform. Both are also post-apocalyptic, New Tokyo having been built after World War III and Mesa 5, after the Human Civil War. 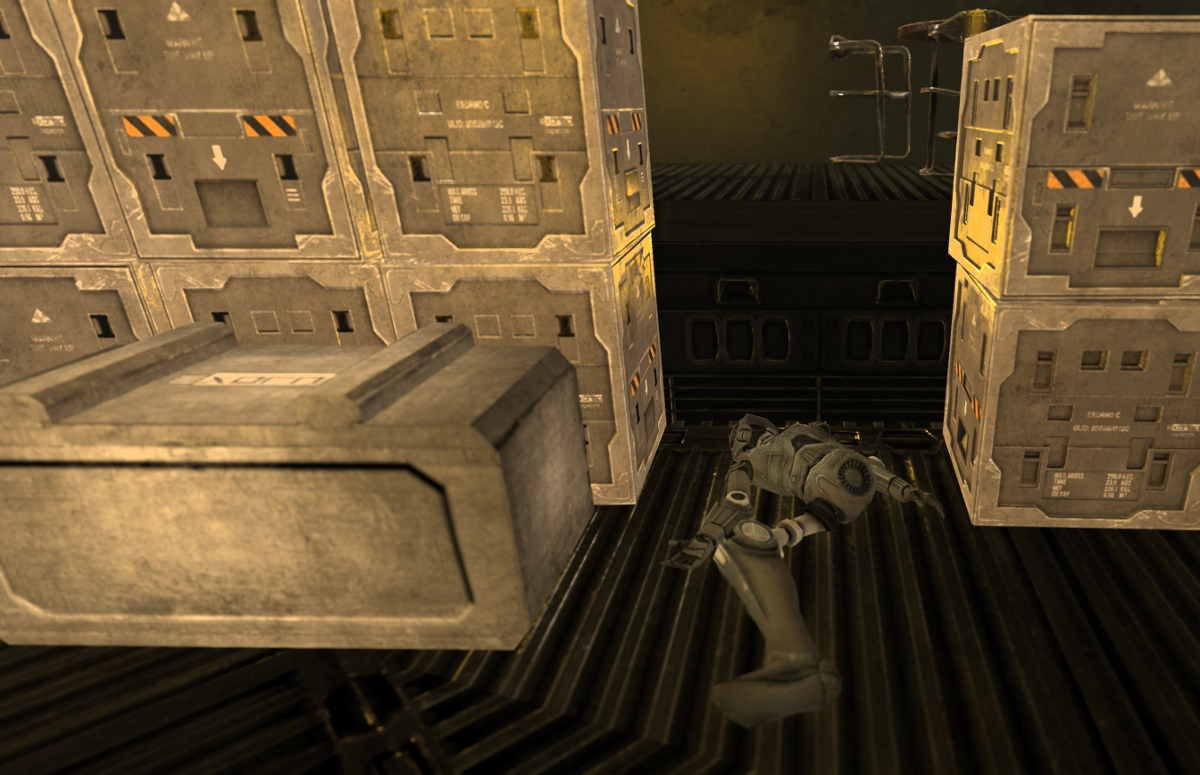 Post-apocalyptic fiction draws from the fear of catastrophes, particularly human-caused ones, such as a nuclear war or industrial and post-industrial climate change, which became a possibility with the technological advancement of societies. Catastrophe is, then, the dark side of technology, the self-inflicted pain of humanity, it’s progress meeting savagery. This is part of a cyberpunk symbolism that goes away from utopian futures and tends towards dystopias. 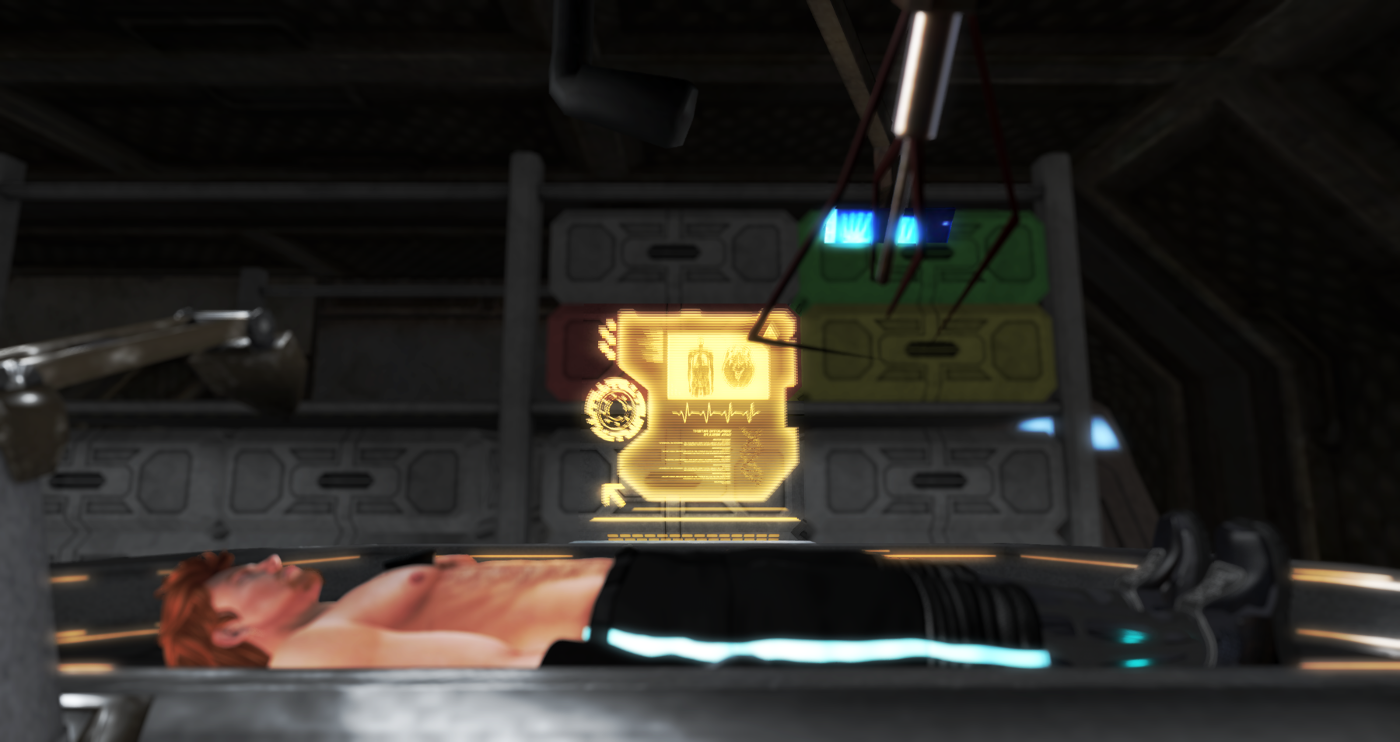 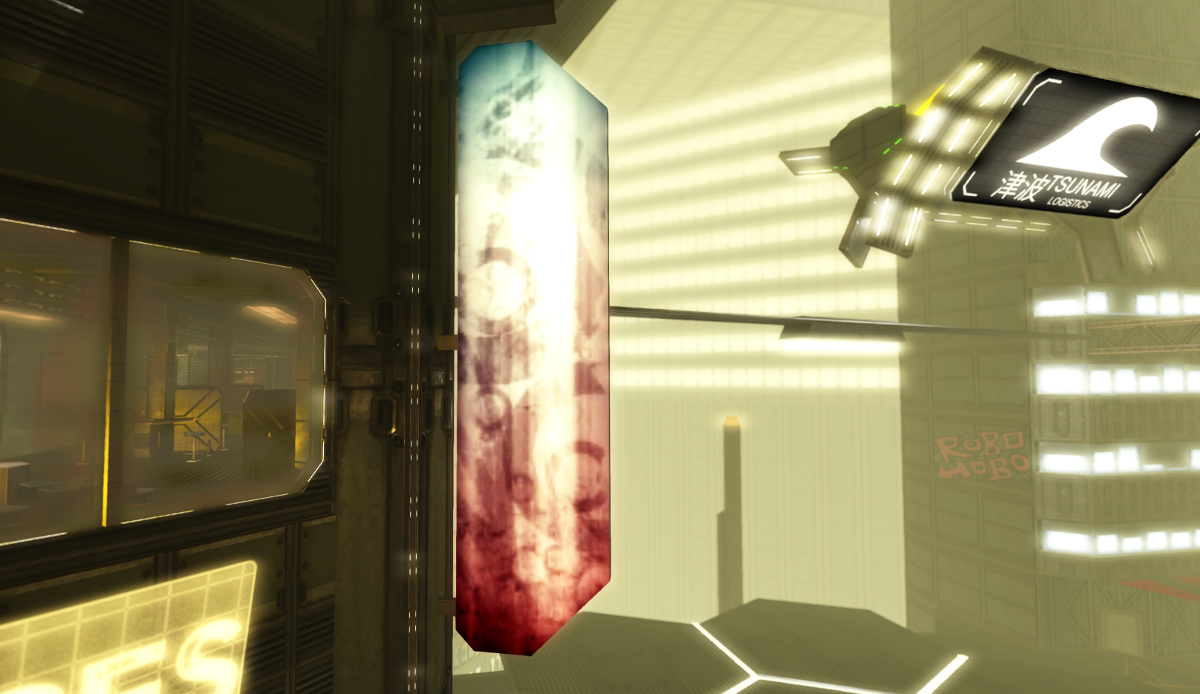 Another cyberpunk theme particularly present in Mesa 5 is the dominance of society by huge business enterprises. As there is Tyrell Corporation in Blade Runner, in Mesa 5 one will find Paradyne, which sells legal and illegal pharmaceuticals – and, secondarily, also PlatSec, that maintains security in Overcity and Midcity (and neglects it in Undercity), and Tsunami Logistics, a shipping company. Maybe no other theme in cyberpunk fiction is so obviously a critique of our present world as the role of corporations in society and politics.

Out there in space 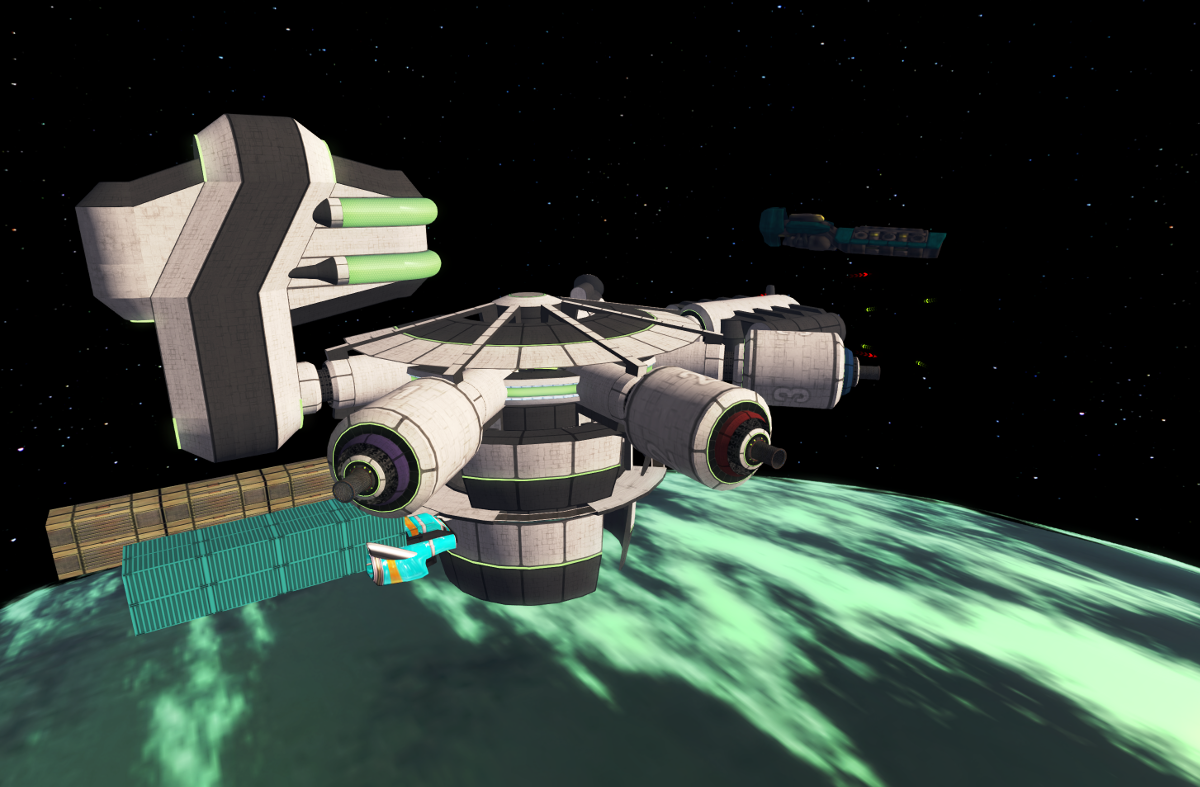 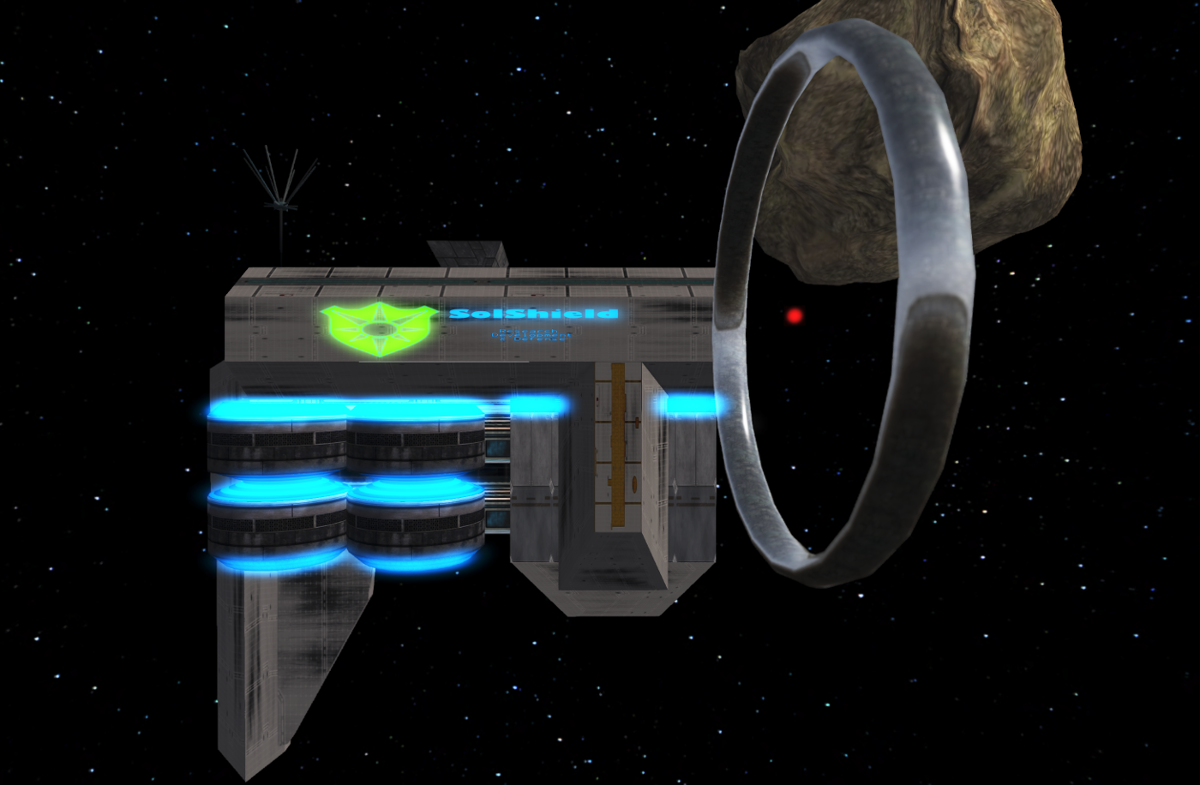 Another station in space

As one may see, Mesa 5 is a sim where a number of the core themes for cyberpunk and dystopian sci-fi imagery take place in Second Life. It actually draws from many more works than I mentioned here, bringing also space platforms, and a visitor who’s interested in the theme will certainly identify other influences there. Without meaning to minimize its particularities, though, I’ll risk to say that, in a way, Mesa 5 is also Alphaville, as seen in the homonymous movie by Jean-Luc Godard. Instead of creating a studio city for his 1965 movie, Godard decided to film his futuristic Alphaville in the actual Paris of that time. Thus, his future was also now, and the movie had a number of evident references to the 20th century. Under its particular representations of a certain future, Mesa 5 is also a witness of its own non-fictional times, of the reality around its fiction. 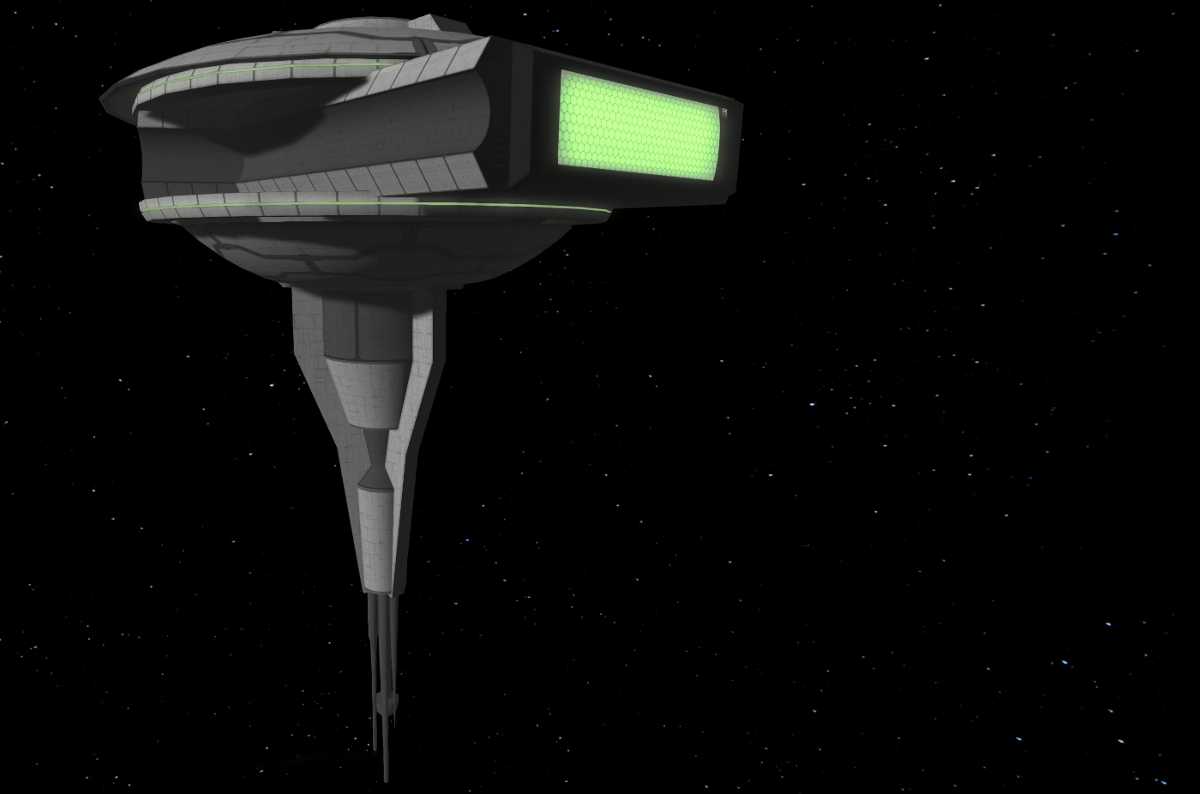 One more space station in the complex of Mesa