Like some other people out there, I’ve learned – not without surprise – from Ziki Questi that Roche was closing. After one month, I checked Second Life’s map and noticed that the region remained there – meaning that the sim was rather transformed into something else instead of just disappearing. I teleported to it and found a sunflower garden with little anthropomorphic animals, all very different from the old Roche, but still worth a visit. 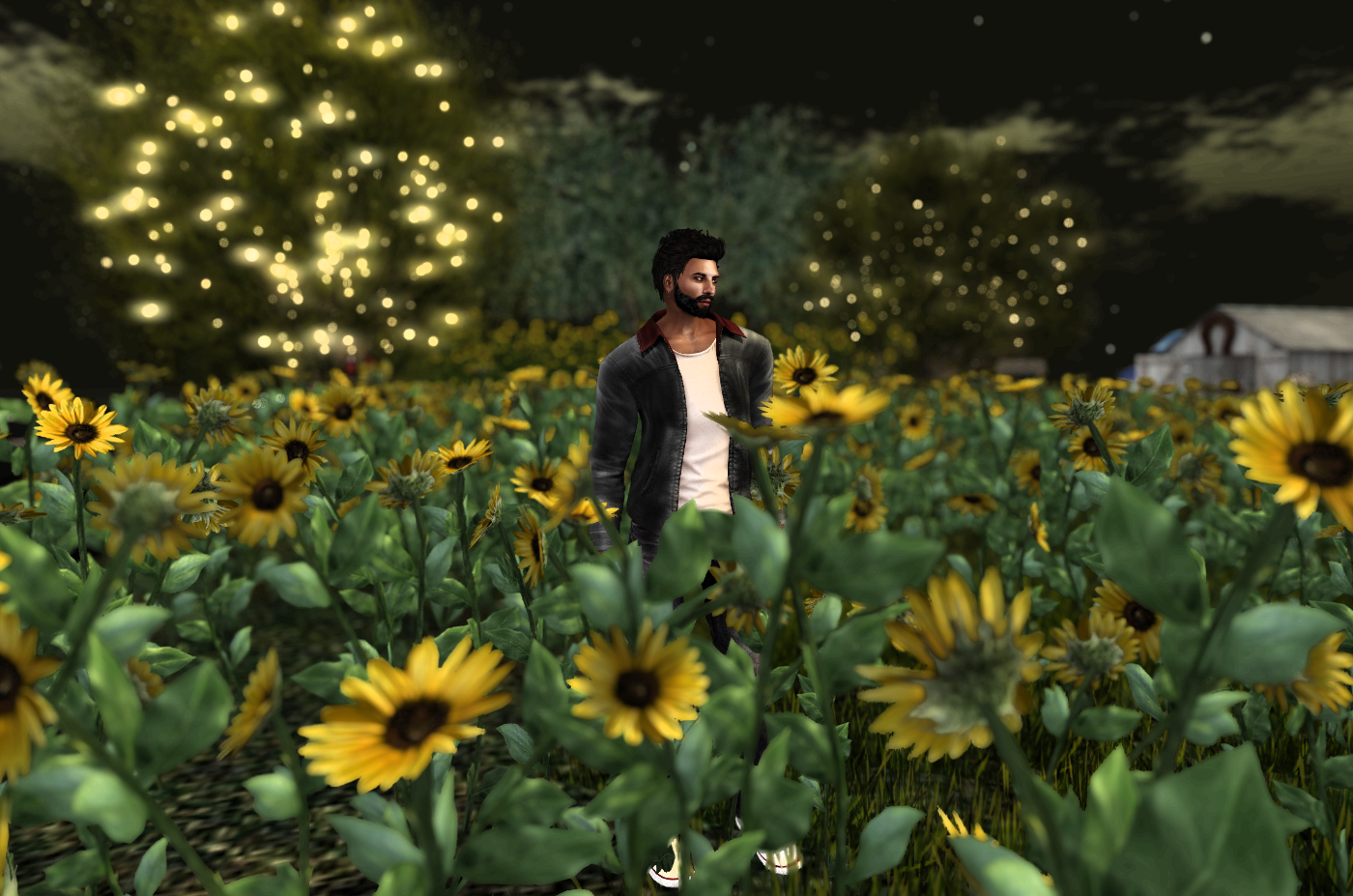 The sunflowers are dominant in one of the two main islands that form the new Roche, still the region’s name, but not the name of the parcel, now called “Up to U”. The flowers are almost everywhere there, adding a beautiful yellow tone to the landscape. 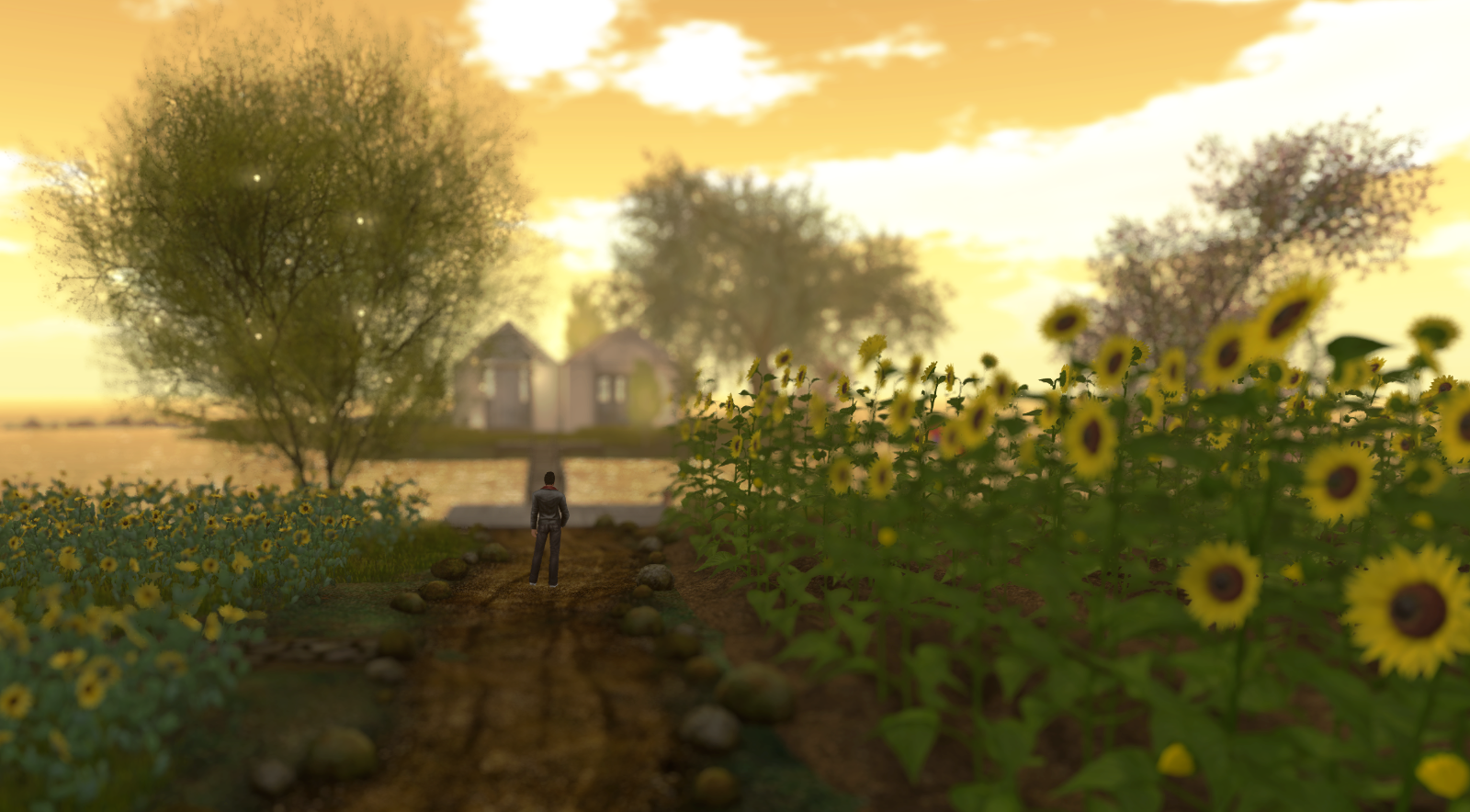 Crossing to the other side… 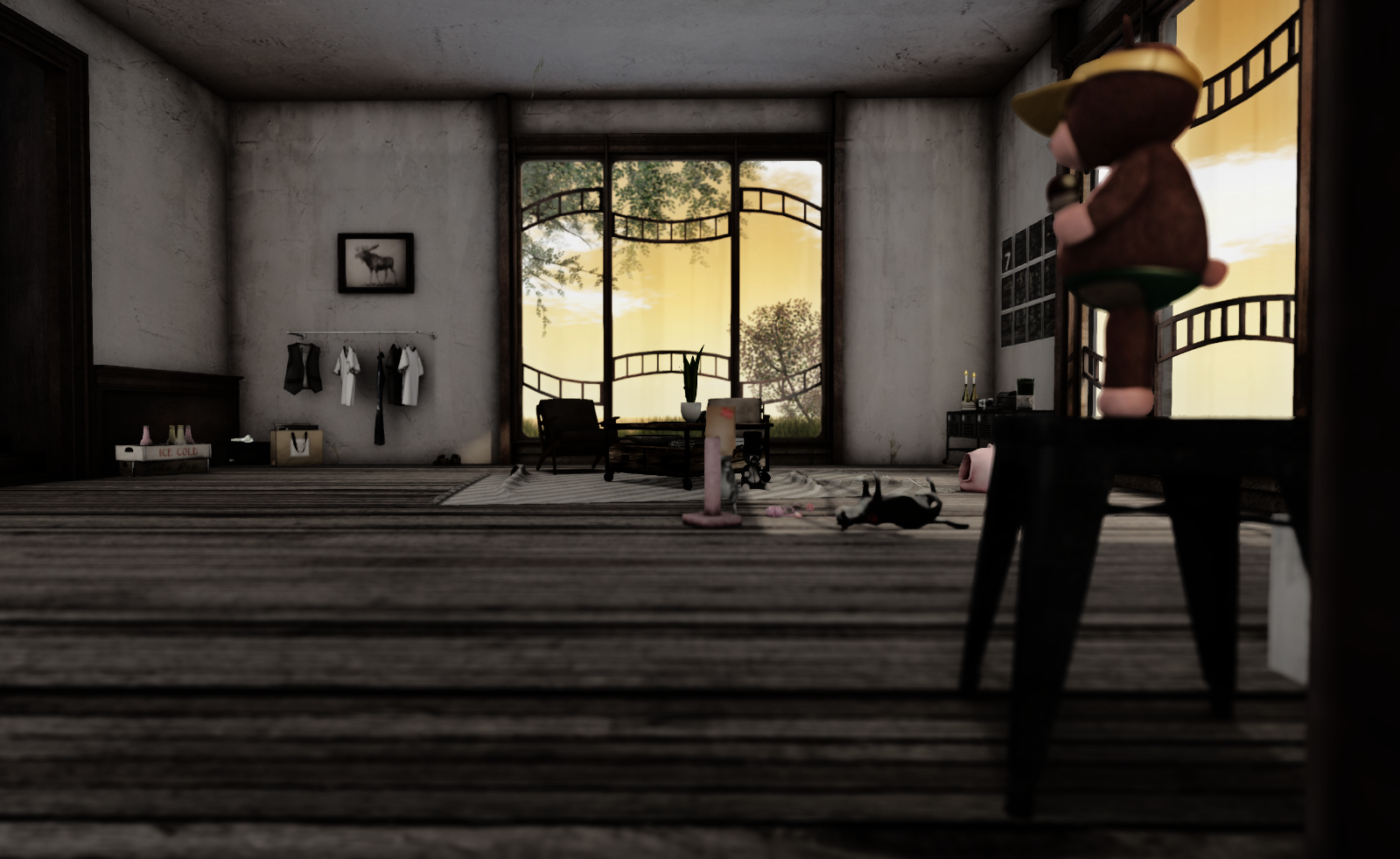 Crossing the bridge to the other land portion, one can see what seems to be someone’s house. Living there must be interesting, for, though the place has an air of isolation, it’s also immersed in an atmosphere of poetry, to which the Windlight preset chosen as the region’s default setting significantly contributes. 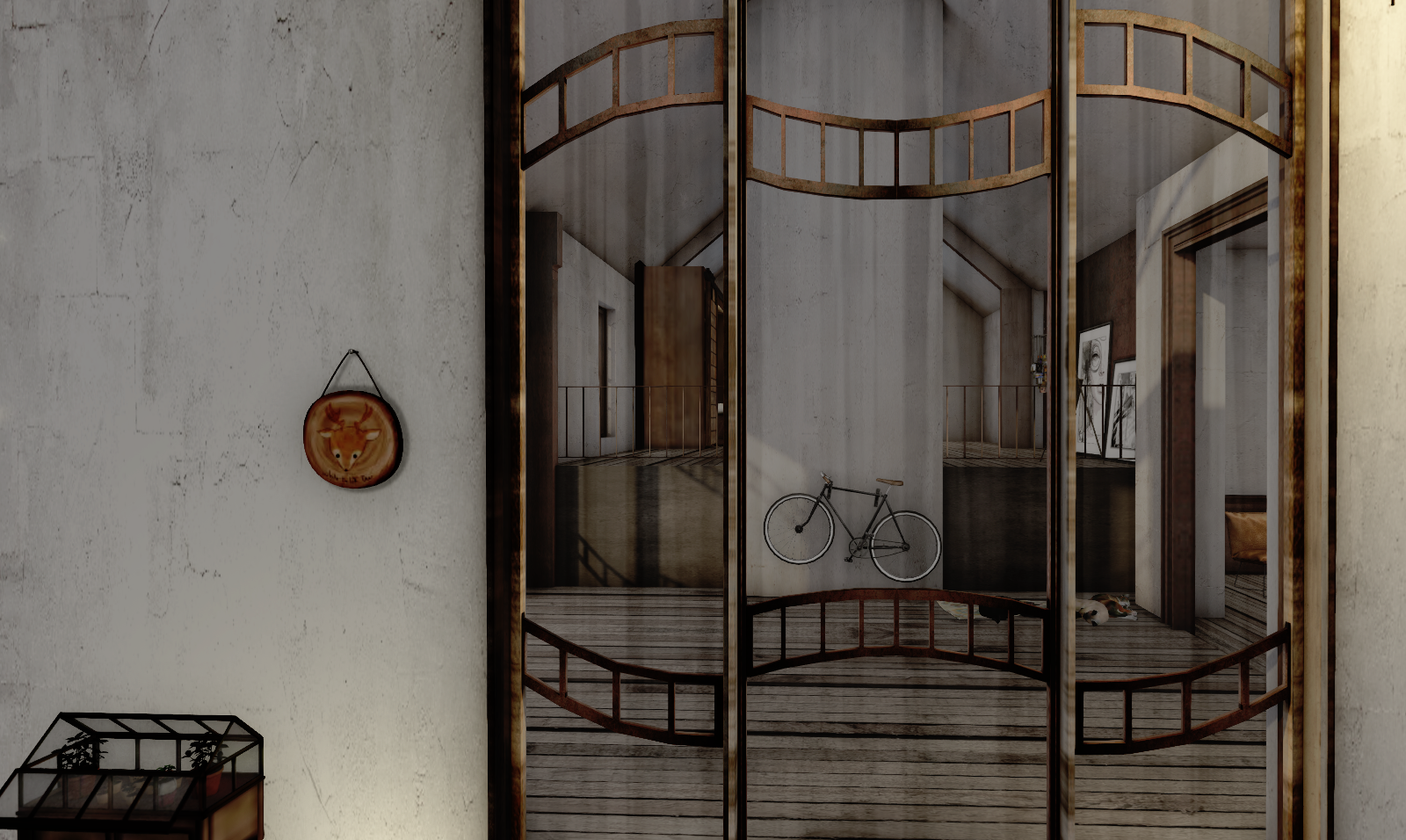 The house seen from a window

To a great extent, what kept calling my attention there, though, was anthropomorphism. 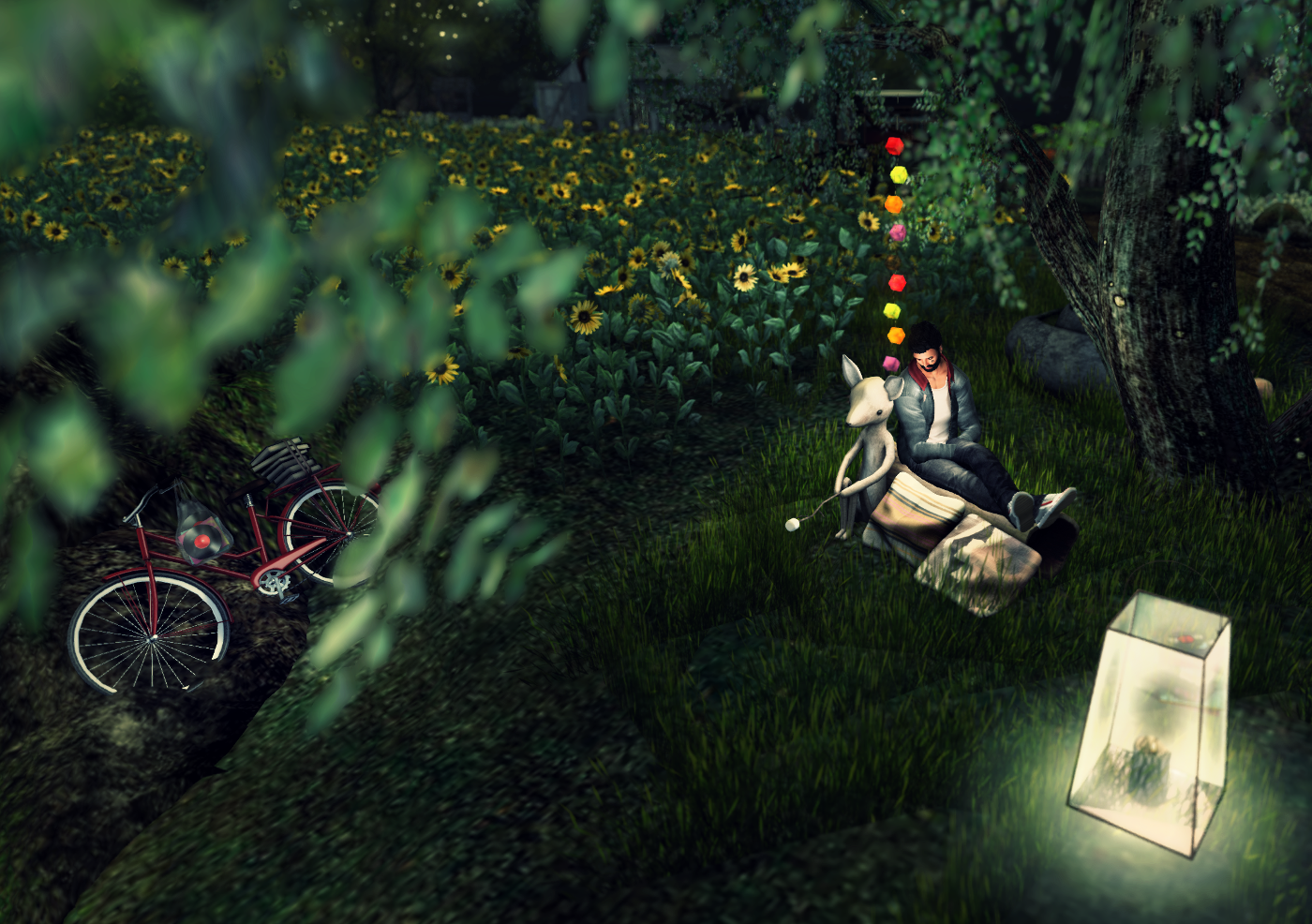 The tendency of giving human characteristics to non-human entities, such as the wind, the sun and especially animals, can be traced back, at least, to the Paleolithic Age. A number of explanations for such a tendency have been suggested. It could be a way to identify with those beings, to explain them in terms of characteristics that we are more familiar with. It could even be a way to try to better predict their occurrences or their behavior. In certain contexts, it would emphasize the continuity between humans and nature. In other cases, such as in fables that resort to ants, foxes or lions acting like men and women, it may be a form of converting morality into a natural and universal trait. 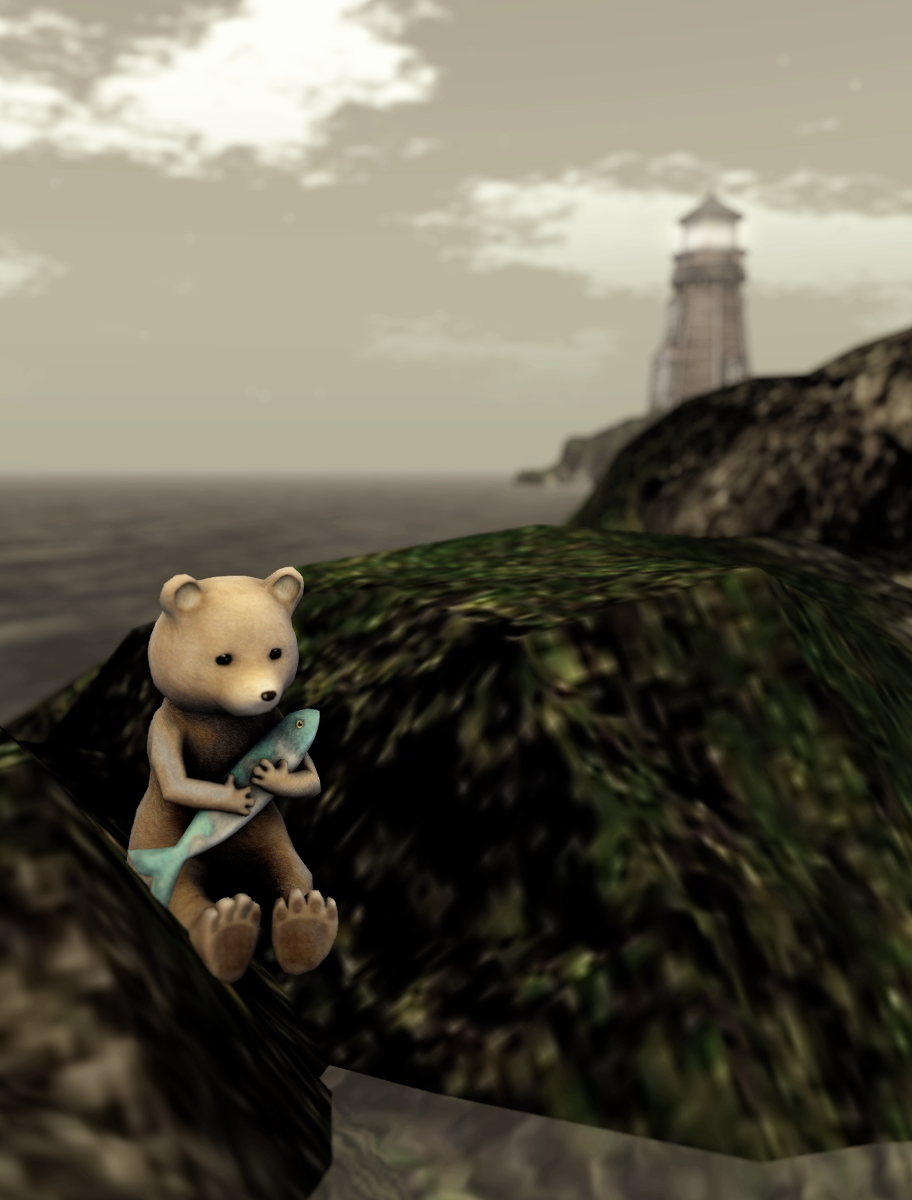 “This is my fish”

All those explanations have a common ground: the assumption that we are inclined to relate with the others in our own terms. In other words, we tend to apply to the other forms of existence the same parameters we apply to ourselves. 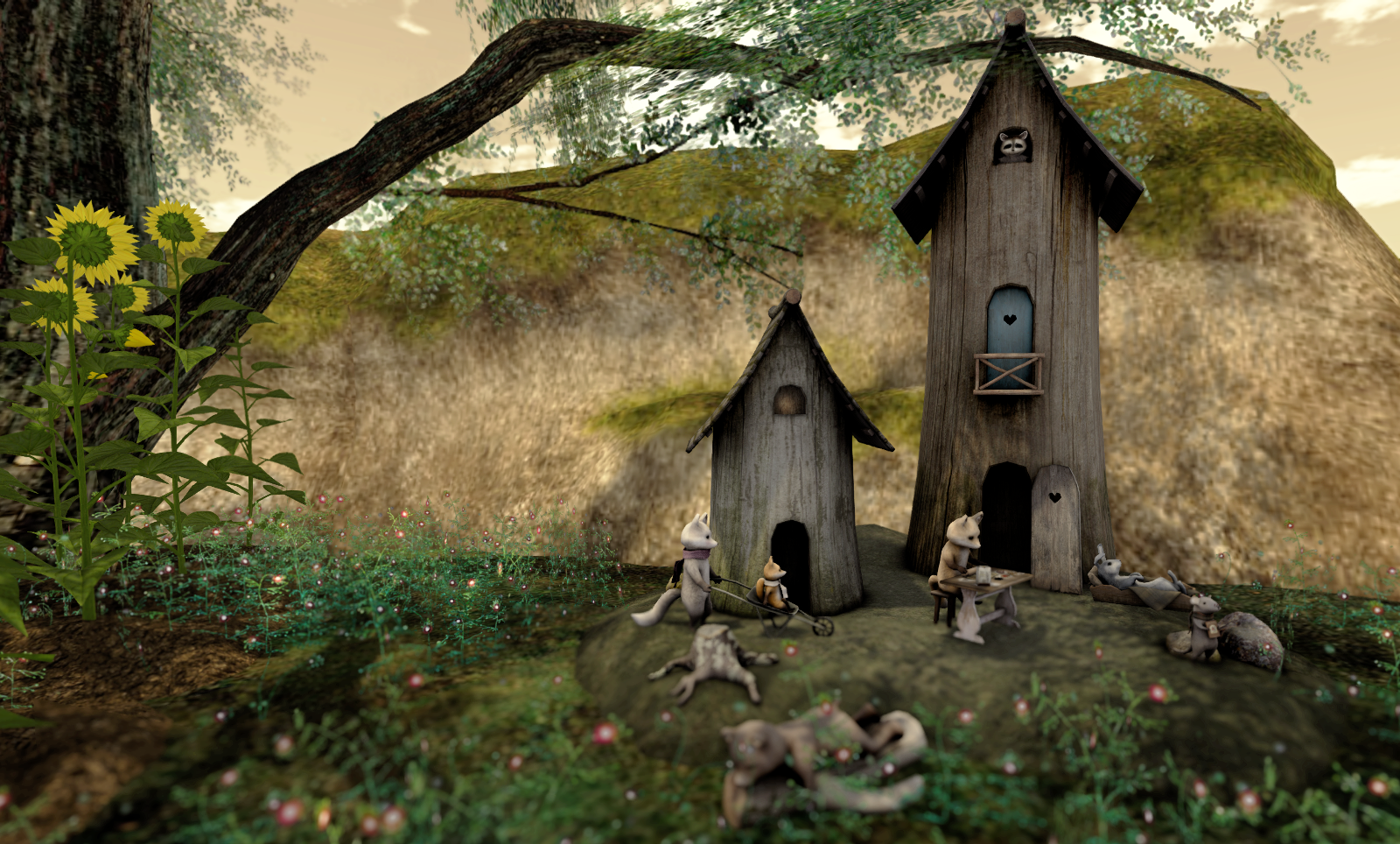 If I’m correct, then anthropomorphism is a manifestation of anthropocentrism, the belief that human beings are the core element on Earth or even in the whole universe. 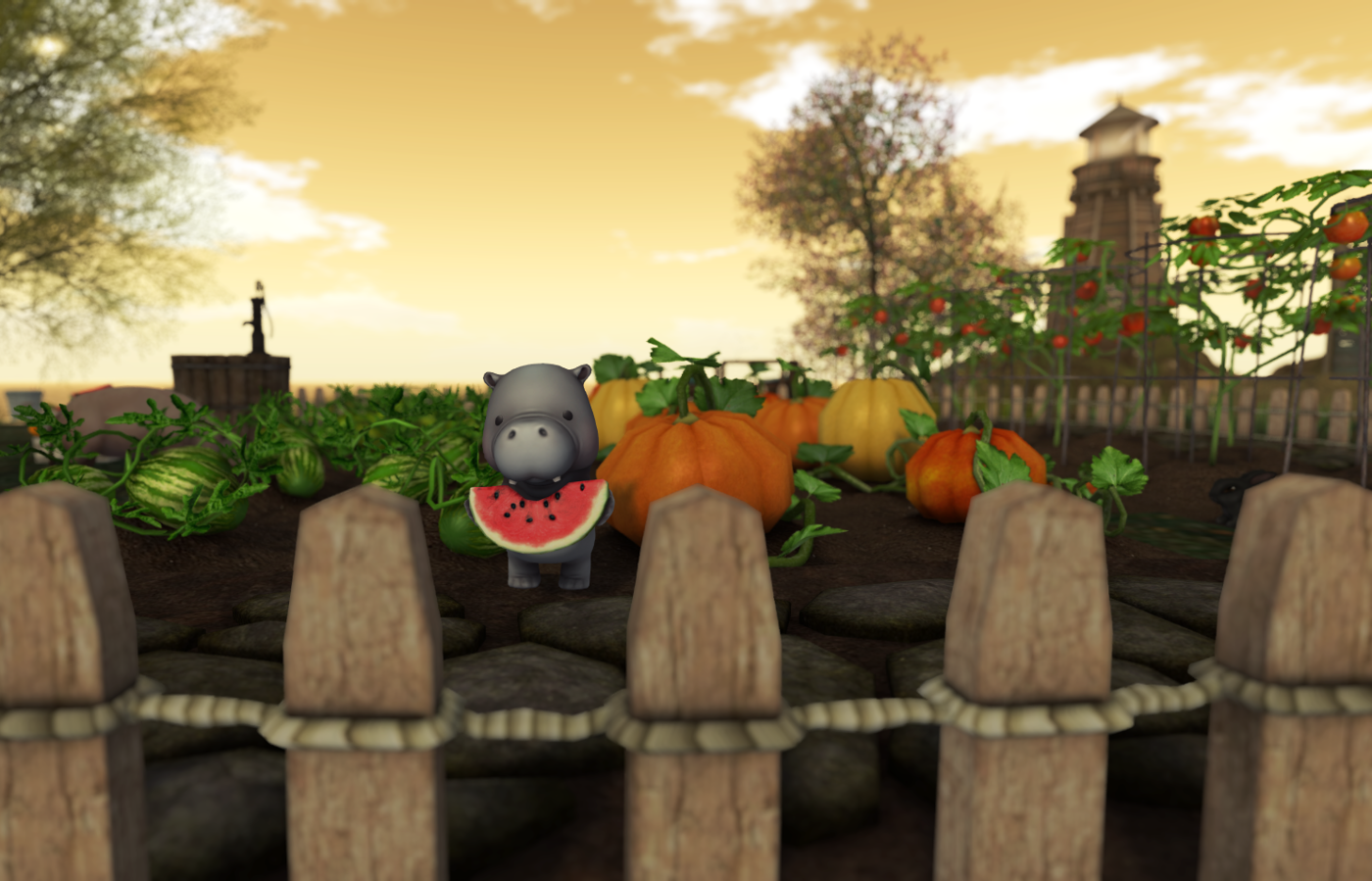 A hippo has some watermelon

Under that rationale, the fascination that a sim like the new Roche exerts may be explained, in part, by the fact that, by going there and checking its animals, we are not just observing other beings. By visiting Up to U, we are also doing something else: we are looking at ourselves on the mirror – and what we see is a cute version of us, which certainly helps to make the region even more captivating. 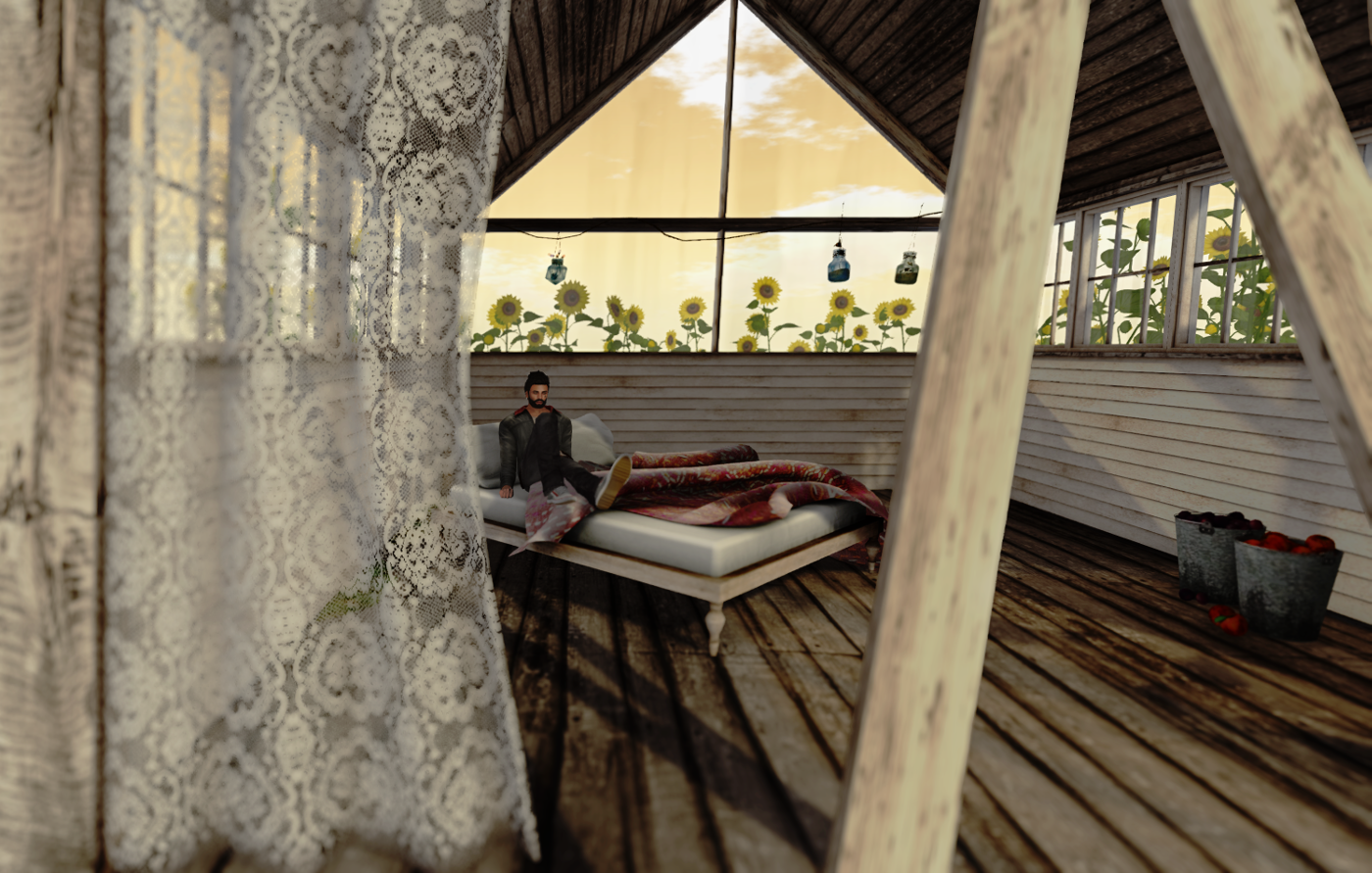 Ricco relaxes after the photo session

4 thoughts on “Animals are us”