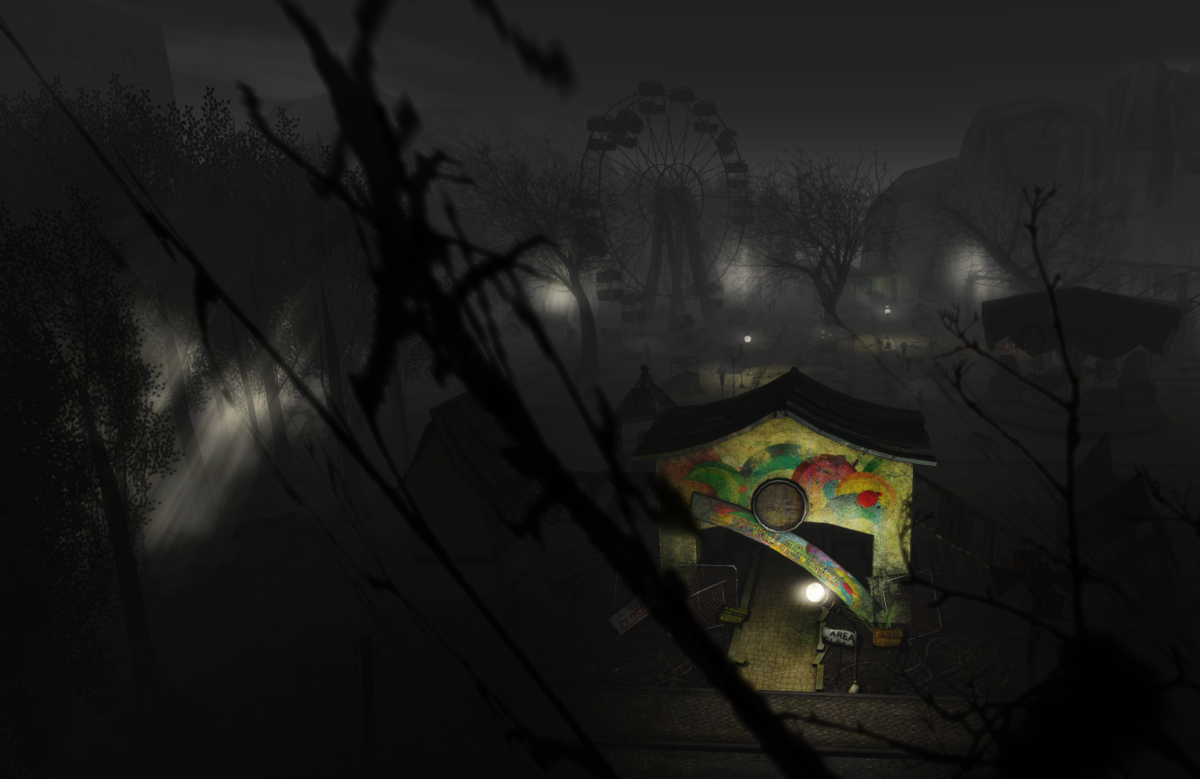 Everwinter at night. The sim was inspired on an RL amusement park abandoned after the Chernobyl catastrophe

Disaster and tragedies in the atomic world have been a recurrent theme in the sims of Second Life. From war to ecological crises, we have repeatedly seen some devastating scenarios in SL referring to calamities that happened in real life. Since earlier this year, the worst nuclear power plant accident in history, the Chernobyl catastrophe, in the then Soviet Union, has been added to the list: Everwinter, a new region-wide installation by Lauren Bentham that replaced the well-known Bentham Forest, draws on the amusement park in Pripyat, one of the northern Ukrainian cities that had to be abandoned in 1986, following the explosions in Chernobyl’s reactor number four. 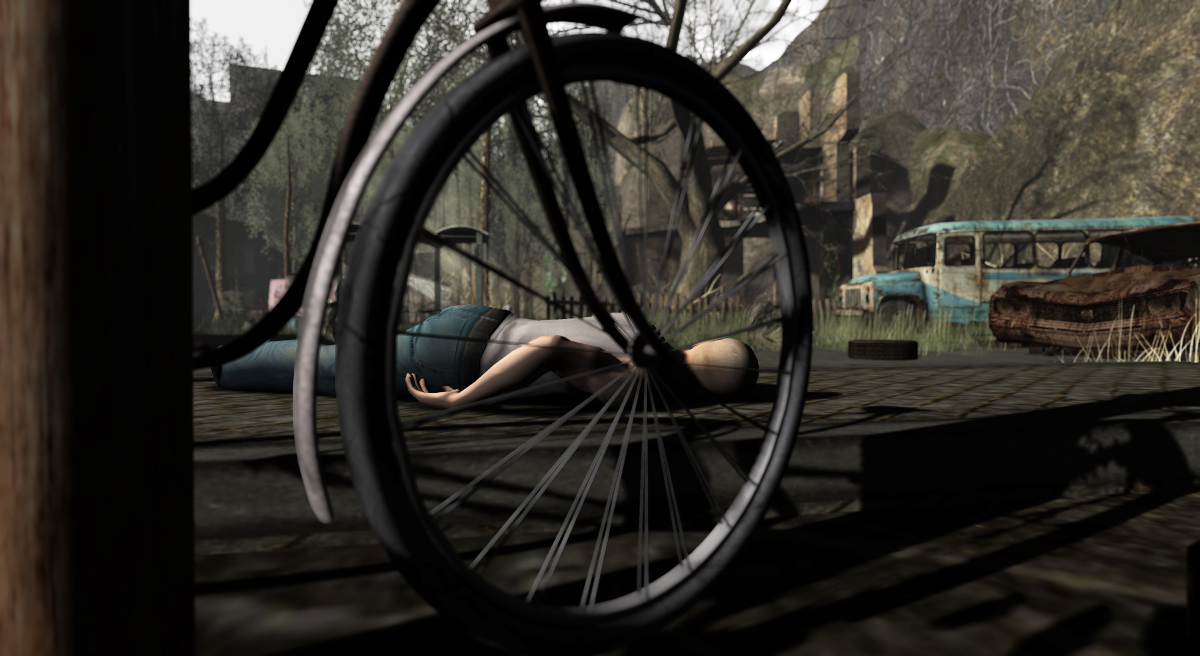 A dead body at Everwinter’s entrance 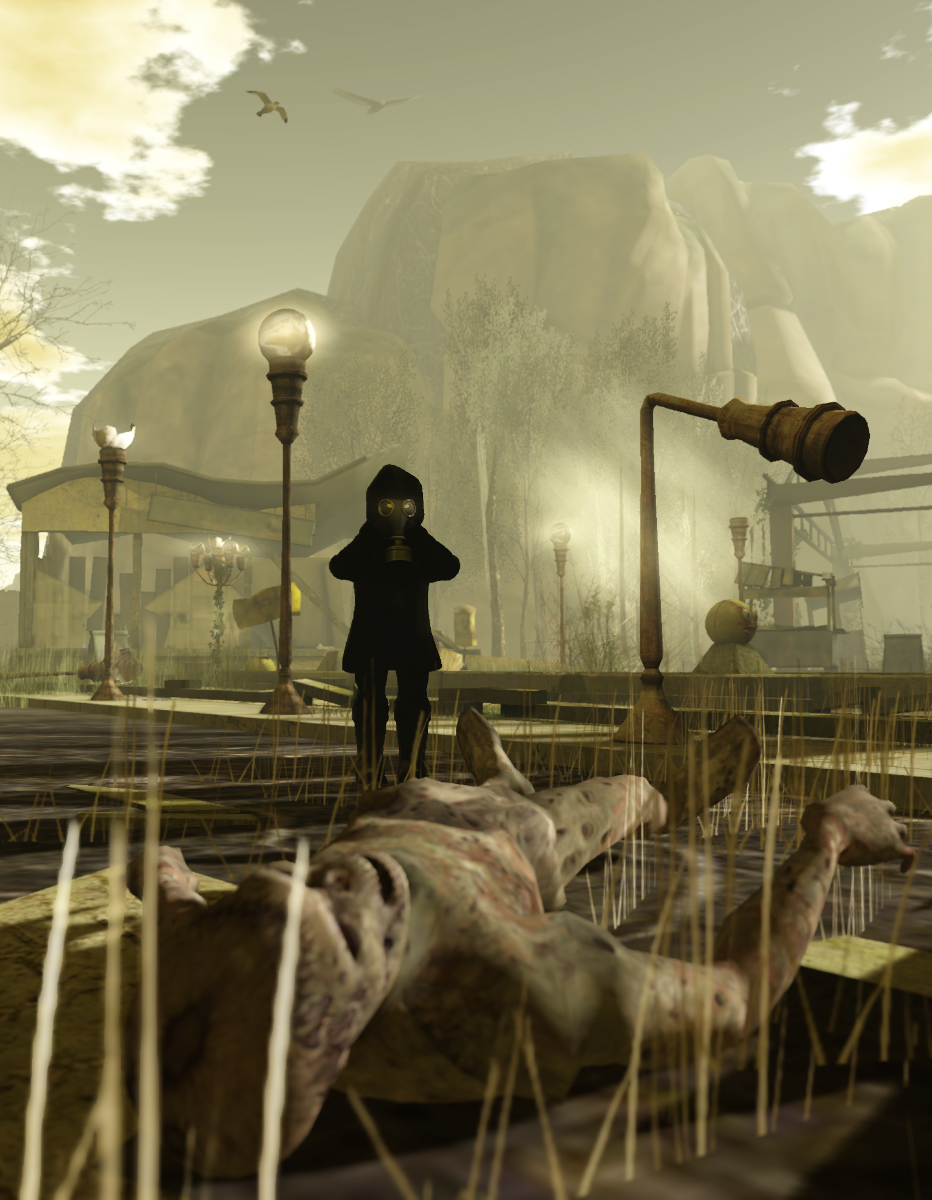 Someone before a corpse

In real life, the Chernobyl catastrophe resulted in at least 237 cases of acute radiation sickness and 31 deaths within the following three months (to which one has to add the in-site casualties linked with the accident but not with radiation exposure). It’s difficult to know for sure, nonetheless, how many cancer cases have appeared afterwards as a consequence of the disaster, and how many have been fatal. It is assumed that the more recent leak in Fukushima, even having reached the 7th level – such as the Chernobyl one – on the international scale of nuclear accidents, will have caused a lower number of deaths. Certainly, the casualties in the area where Fukushima was located, in Japan, were much more numerous, but mainly due to the earthquake and the tsunami that preceded – and caused – the destruction of three reactors of that power plant, and not as a direct result of the nuclear accident itself. 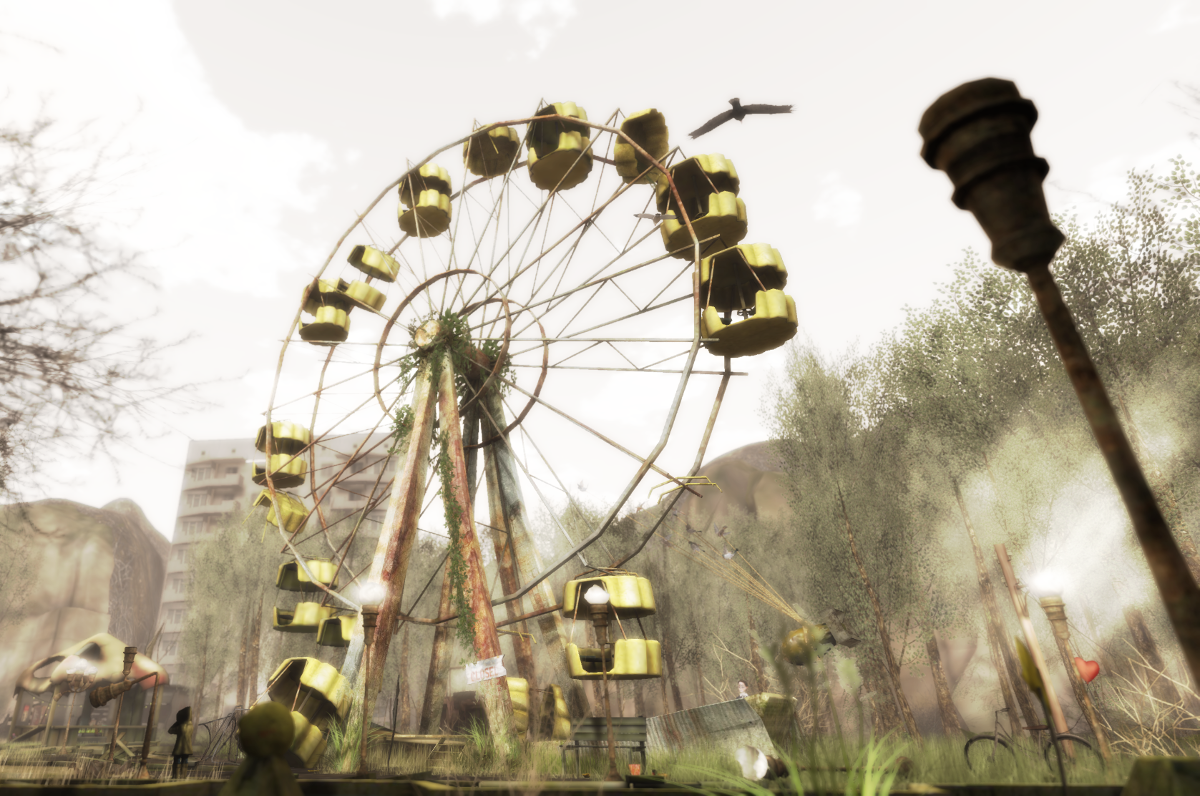 After the explosions at the Chernobyl Power Plant, that occurred on April 26, 1986, the authorities decided for the evacuation of the city of Pripyat. The amusement park in Pripyat closed the very day it opened for the first time, April 27. Since then, its abandoned and motionless ferris wheel rests as a sad icon of the disaster. 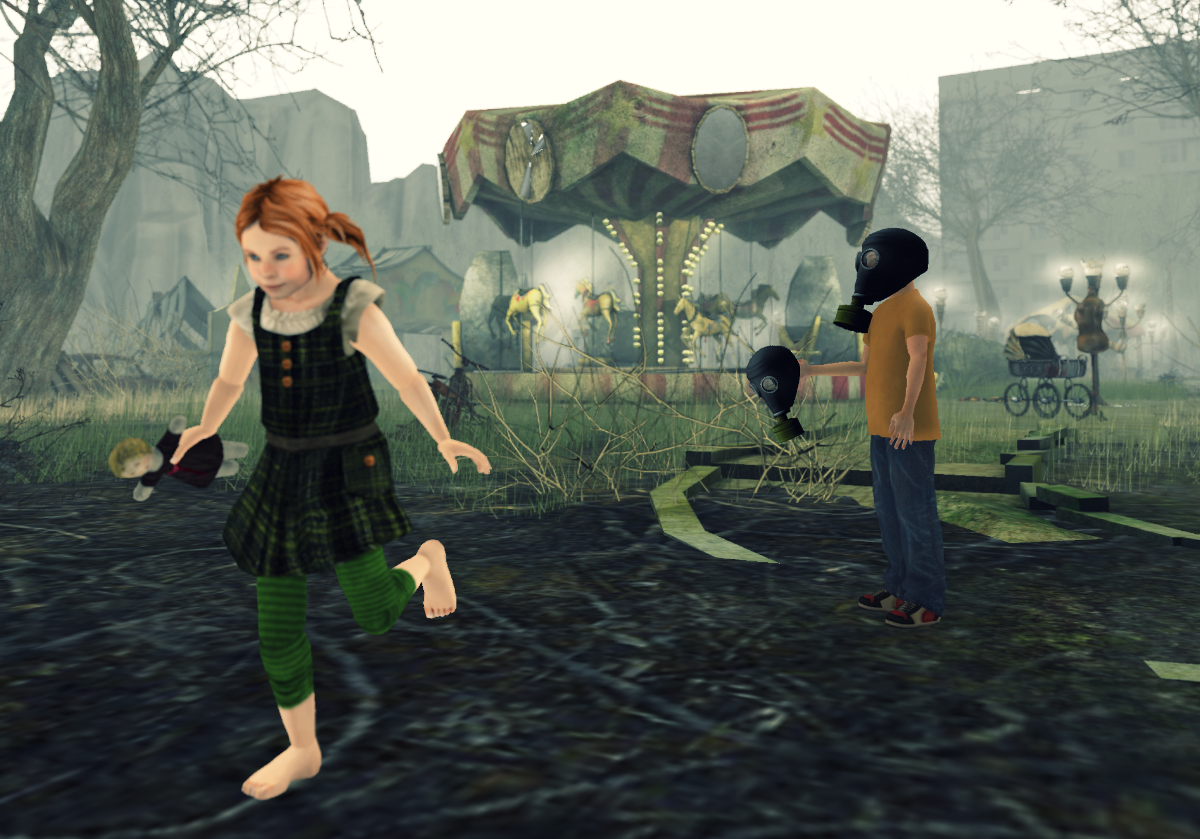 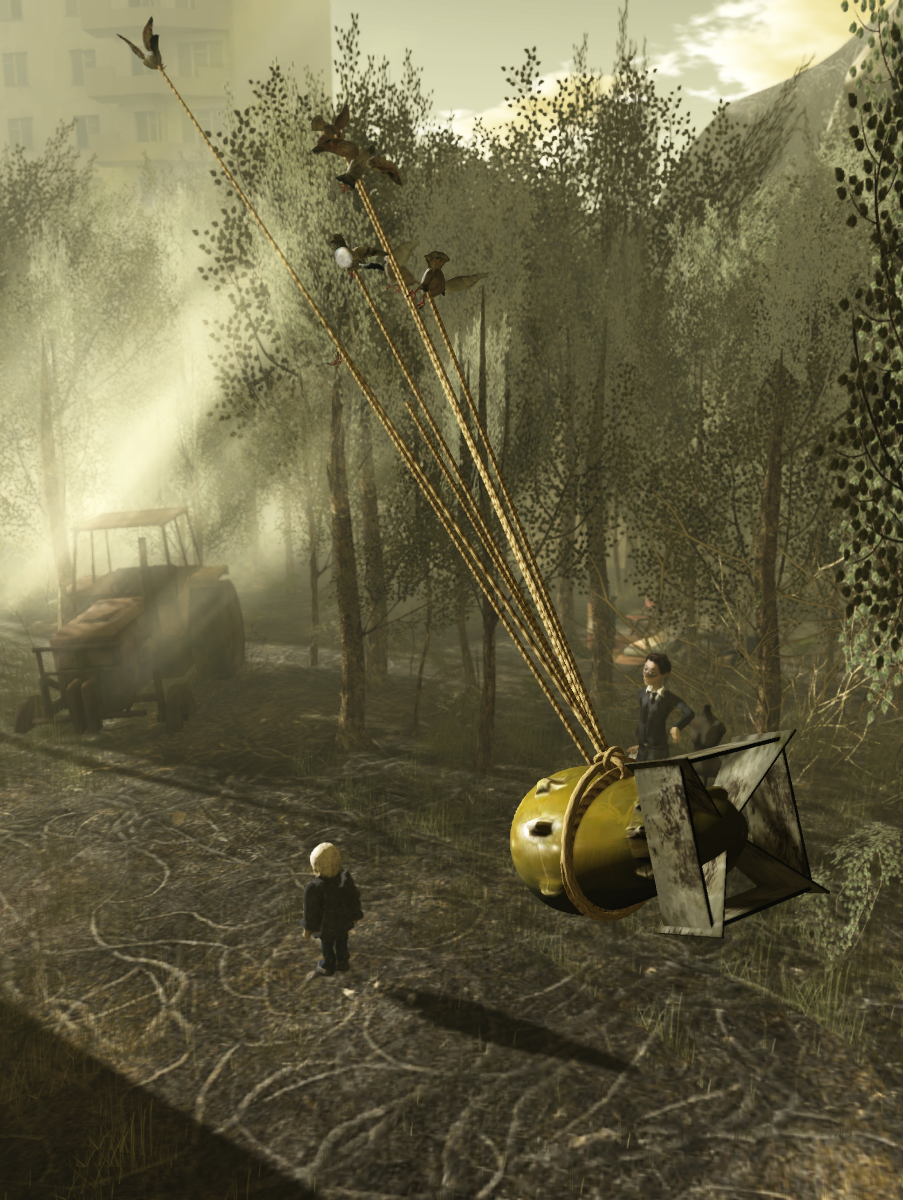 In SL, Everwinter may help to increase awareness about the risks and consequences of a nuclear power plant disaster. It may be seen as a “gorgeous” place “in that spooky way we love”, according to Honour McMillan, or as a disturbing sim, with its references to an event that caused pain and death in the atomic world and with the virtual corpses that one can see there – or even in both ways at once, as a beautiful and shocking installation, depending on how you look at it. The contrast between innocence and horror (which actually enhances the latter) is evoked everywhere, such as when you see a bomb being carried by birds or children playing around dead bodies. 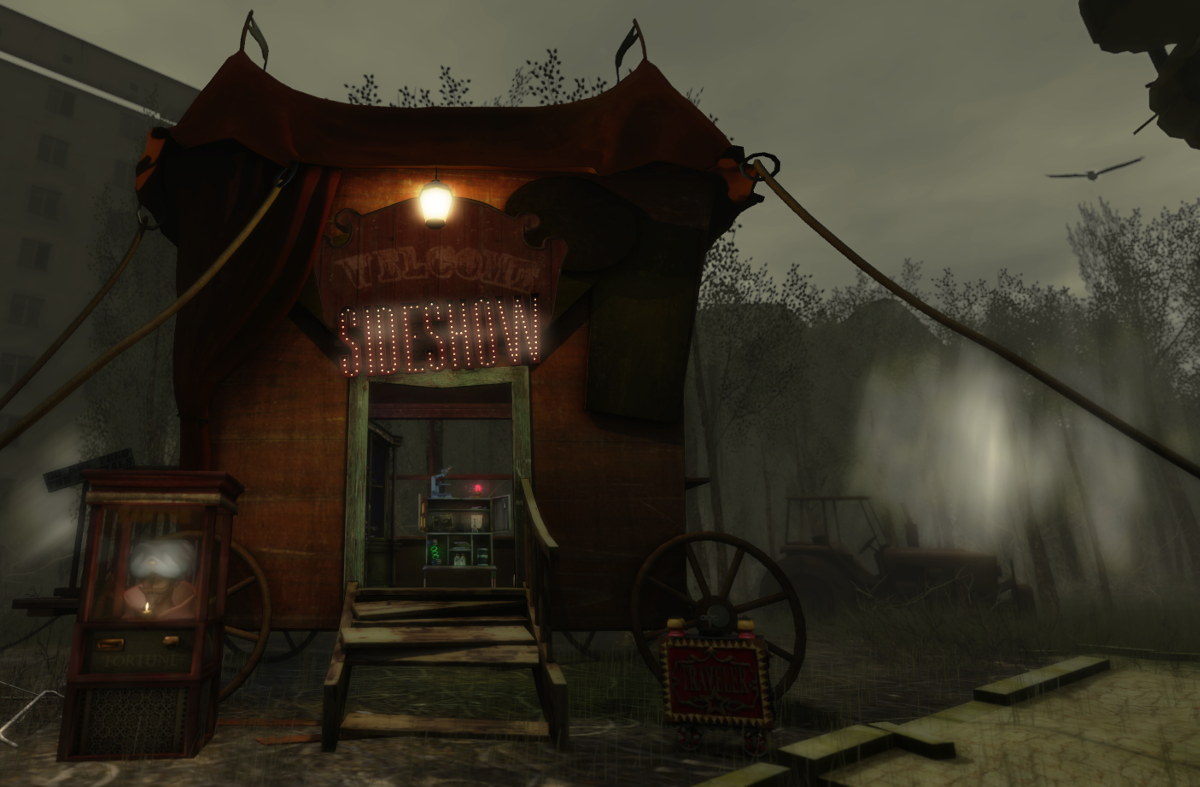 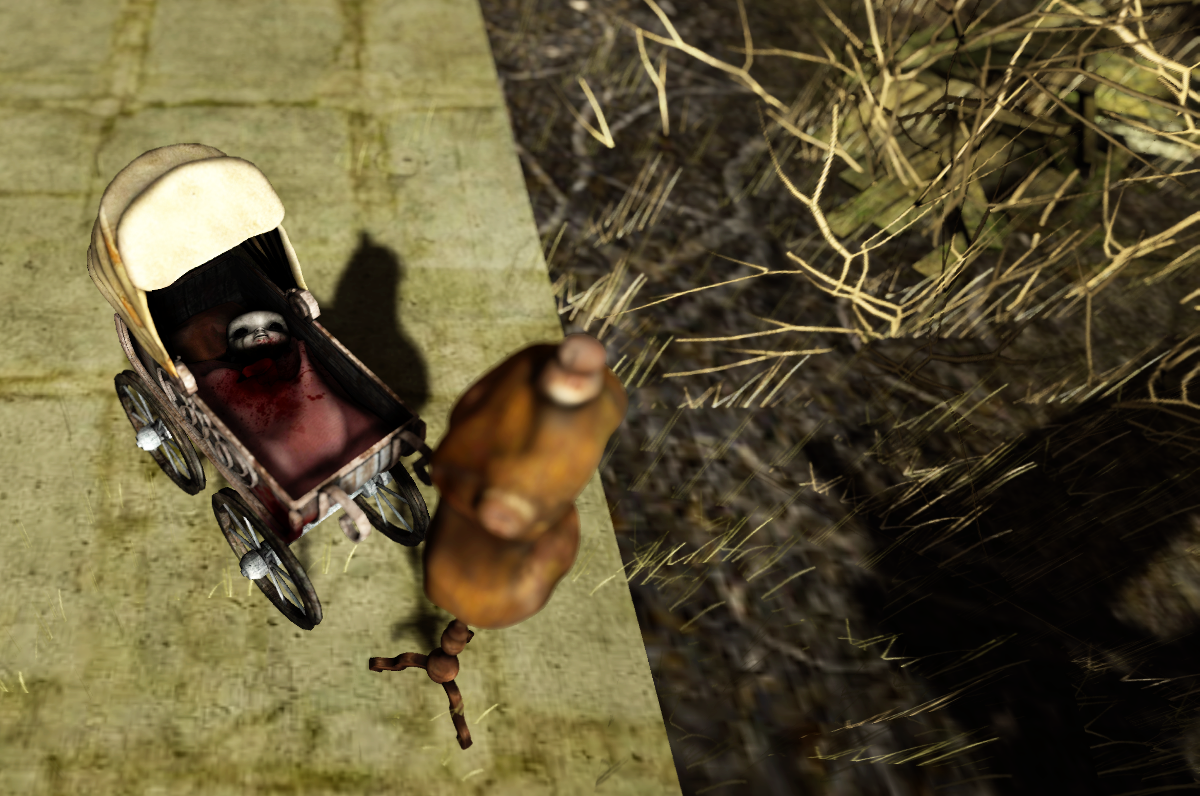 Everwinter brings together a number of elements by different SL creators and artists, such as Jaimy Hancroft and Bryn Oh. The quality of the items contribute to the density of the sim and make it somewhat poetic. The poetics in Everwinter is, nonetheless, far from the kind of tribute to destruction developed, for instance, by Futurism in the early 20th century. It may even be guilty of some aestheticism towards the disaster – and I’m aware that one can say the same about the photos produced there, including the ones that you see on this post – but it’s far from glorifying the catastrophe. 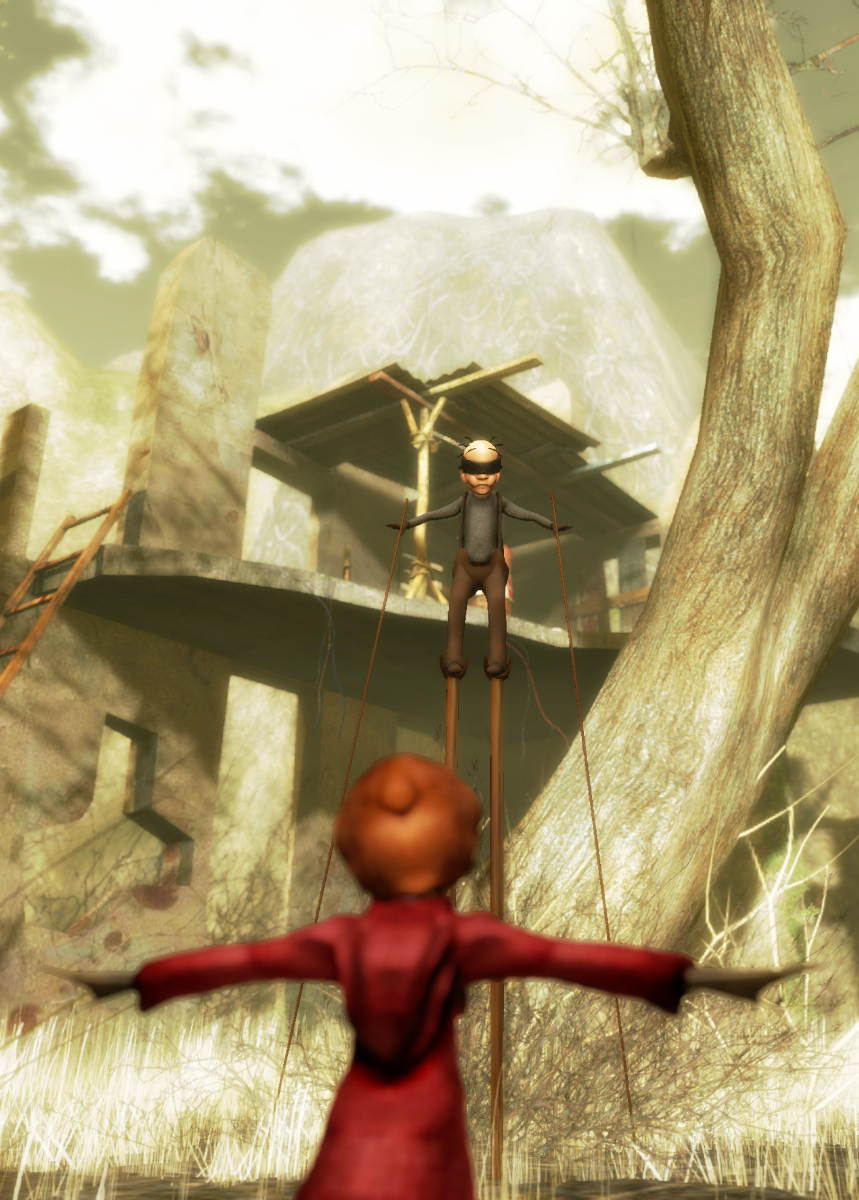 Playing at the entrance of Everwinter

The non-glorifying aestheticism of the disaster displayed in Everwinter can even lead to an experience similar to the Aristotelian catharsis. For sure, the tragic catharsis in dramatic arts derive from the fall of the hero, his transition from happiness to unhappiness. Everwinter is not a play, it has no action, but it brings with it elements that remind us of some lost happiness – children playing, the amusement park itself as a place for having fun, all that giving path to the catastrophe. 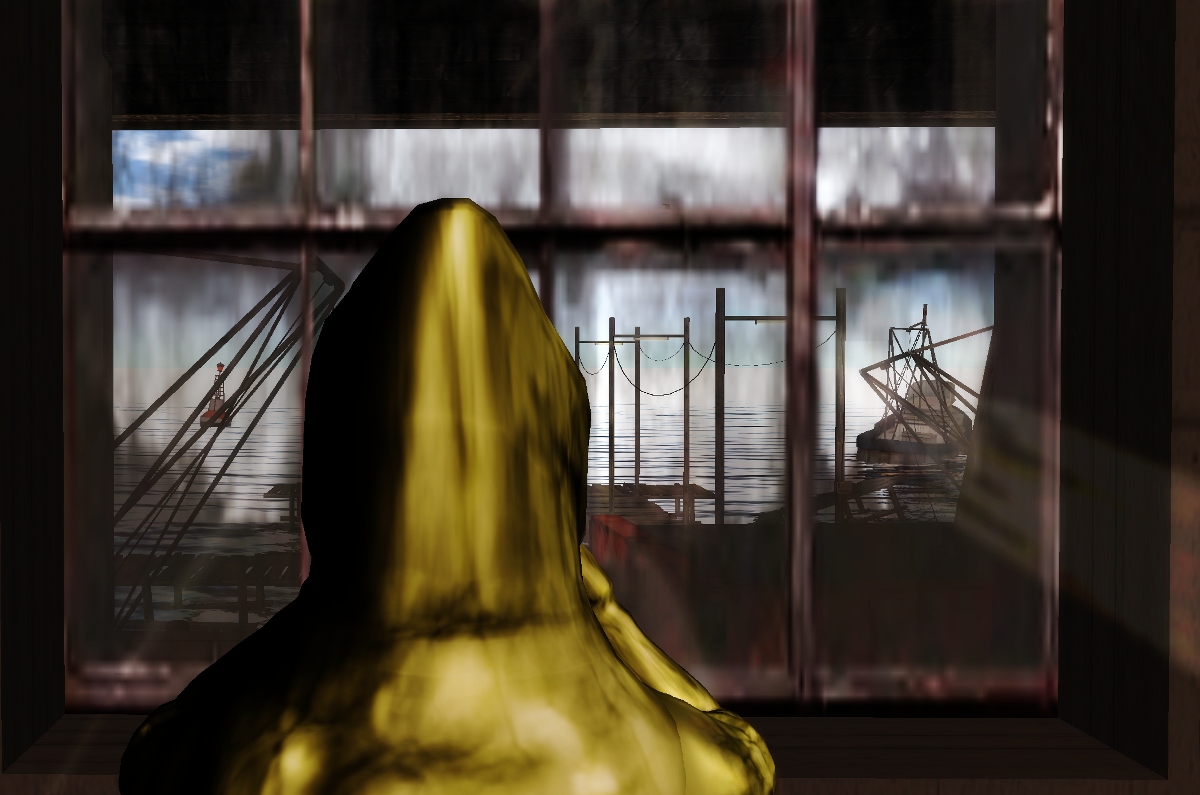 Someone watching the dead world out there

The plane’s debris and the bodies 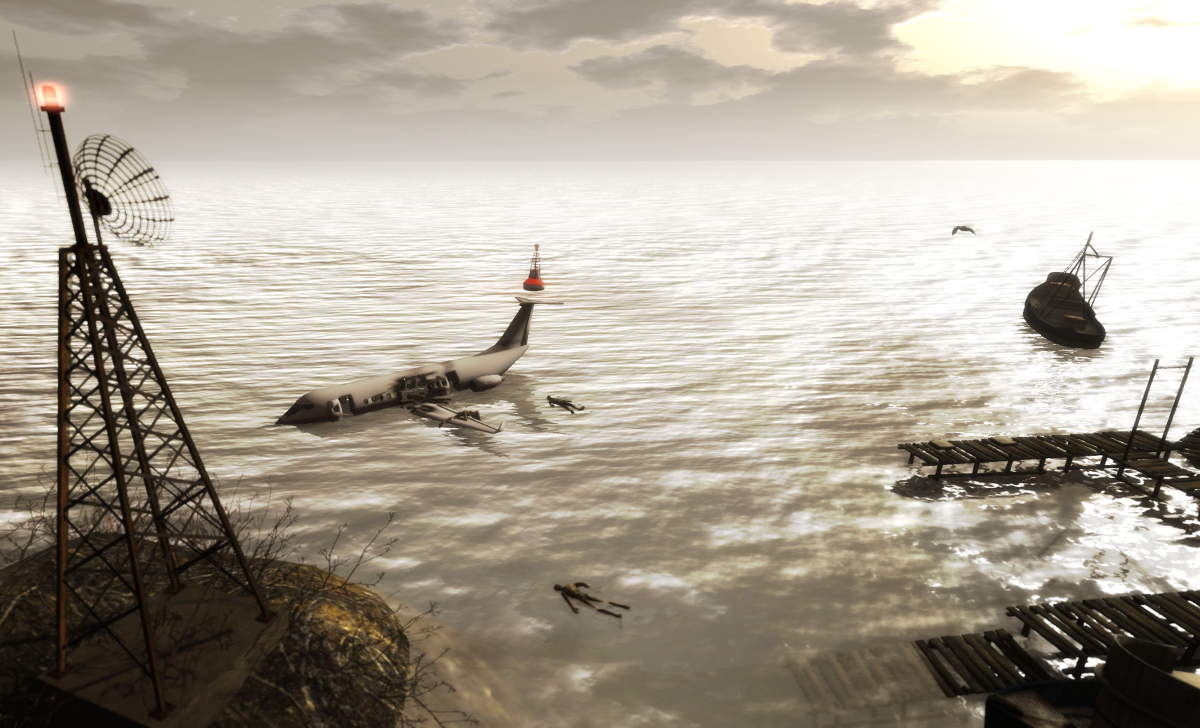 I won’t discuss here if such a catharsis, being some sort of purification or purgation of our feelings, give path to conformism, allowing us to discharge our anxieties and follow with our daily lives; or if, by detaching us from those anxieties, it leads us to a more rational appropriation of its subjects, making action then possible. I have no answer for that, and I’m not even sure that the cathartic process actually follows one of these two ways. I will leave this question unanswered and, instead, I’ll invite my readers to visit Everwinter and experience, themselves, the feelings it produces and their results.

4 thoughts on “The poetics of a nuclear catastrophe”