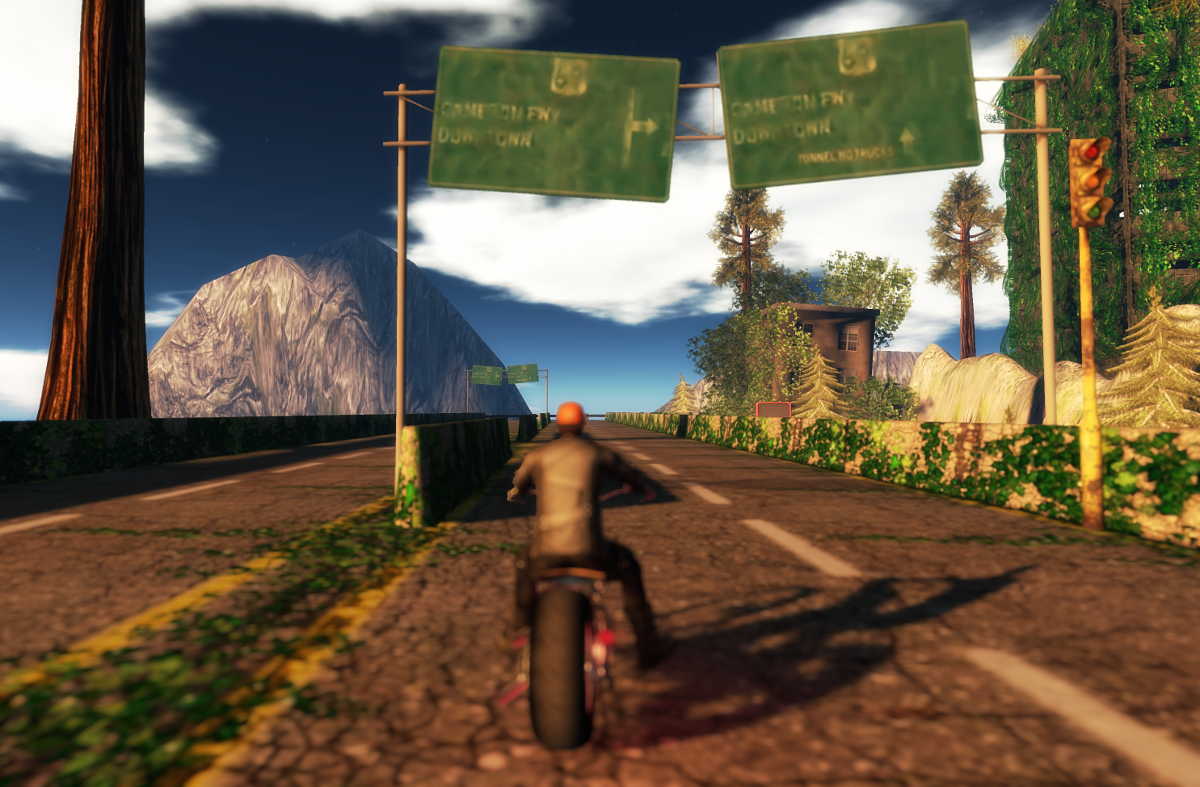 Ricco on his motorcycle, in Ruined City

The motorcycle culture has penetrated the world of scientific fiction and has proved to fit very well in certain subgenres of it. Particularly, when I think of sci-fi and motorcycles, post apocalyptic and cyberpunk stories come to my mind – and I’m sure that other kinds of narratives under the sci-fi umbrella have incorporated bikers, too. 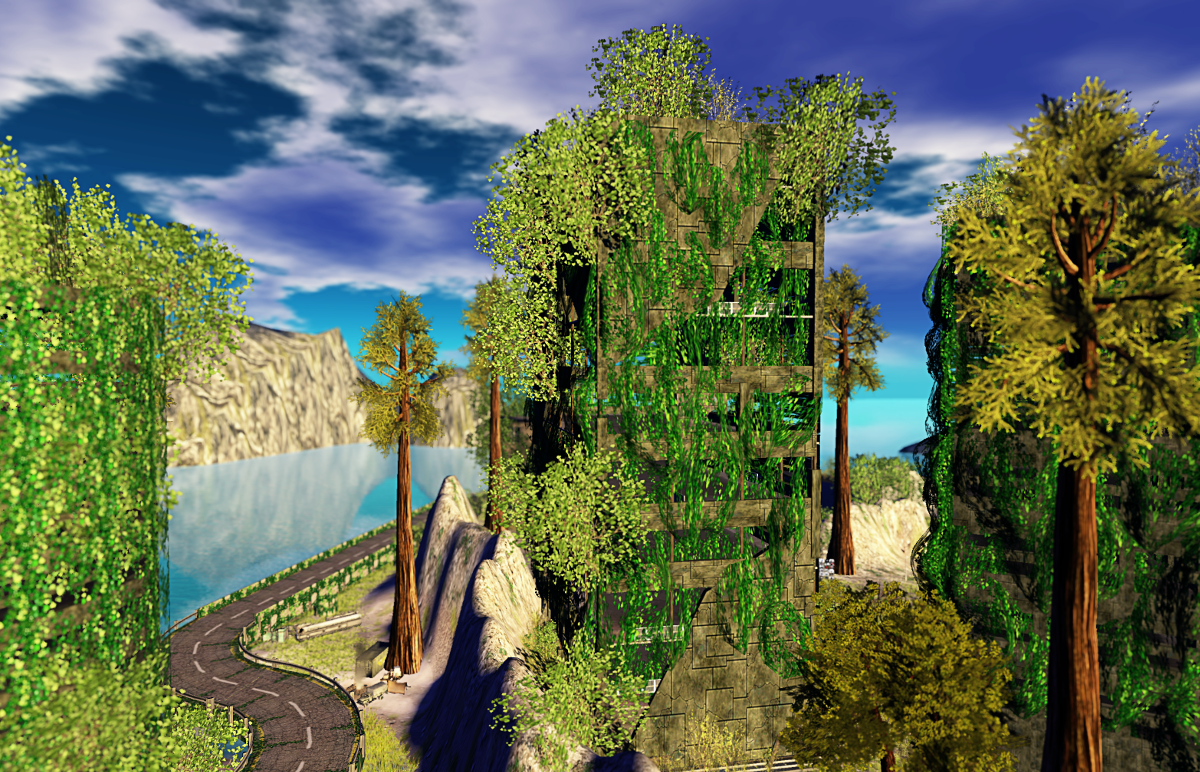 The reason for that, I would risk to say, is the same that links the motorcycle culture to the idea of youth. Let’s think of Marlon Brando in The Wild One or of the eternal rebel James Dean, both riding Triumph motorbikes. They are certainly good examples of the affinities that the French sociologist and philosopher Edgar Morin identifies, in the context of mass culture, between “on the one hand, the pre-socialized adolescent group based on affective relationships and, on the other hand, the gangs, the links between the urge for adventure, the outlaw atmosphere of an imaginary world and the desire for freedom, for risk, for the obscure sentiment that homicide is initiation, the natural ‘lafcadism‘ present in the adolescent” (MORIN, Edgar, Juventude in: Cultura de Massas no Século XX: O Espírito do Tempo, vol. 1, Neurose, my own translation). And motorcycles are instruments of all those elements, either in a positive or in a negative way: they give us the sense of speed, of a free ride with the wind blowing on our faces, they are associated with nonconformity and disdain for the established rules, with adventure – and, at the same time, with the danger, rebellion and banditry, with the lack of moral values, with cruelty and sadism. But wait, aren’t some of those characteristics also part of the images of a post apocalyptic era where civilization as we know has been hit by a catastrophe and the world has become a dangerous, adventurous place, generally marked by weaker rules? 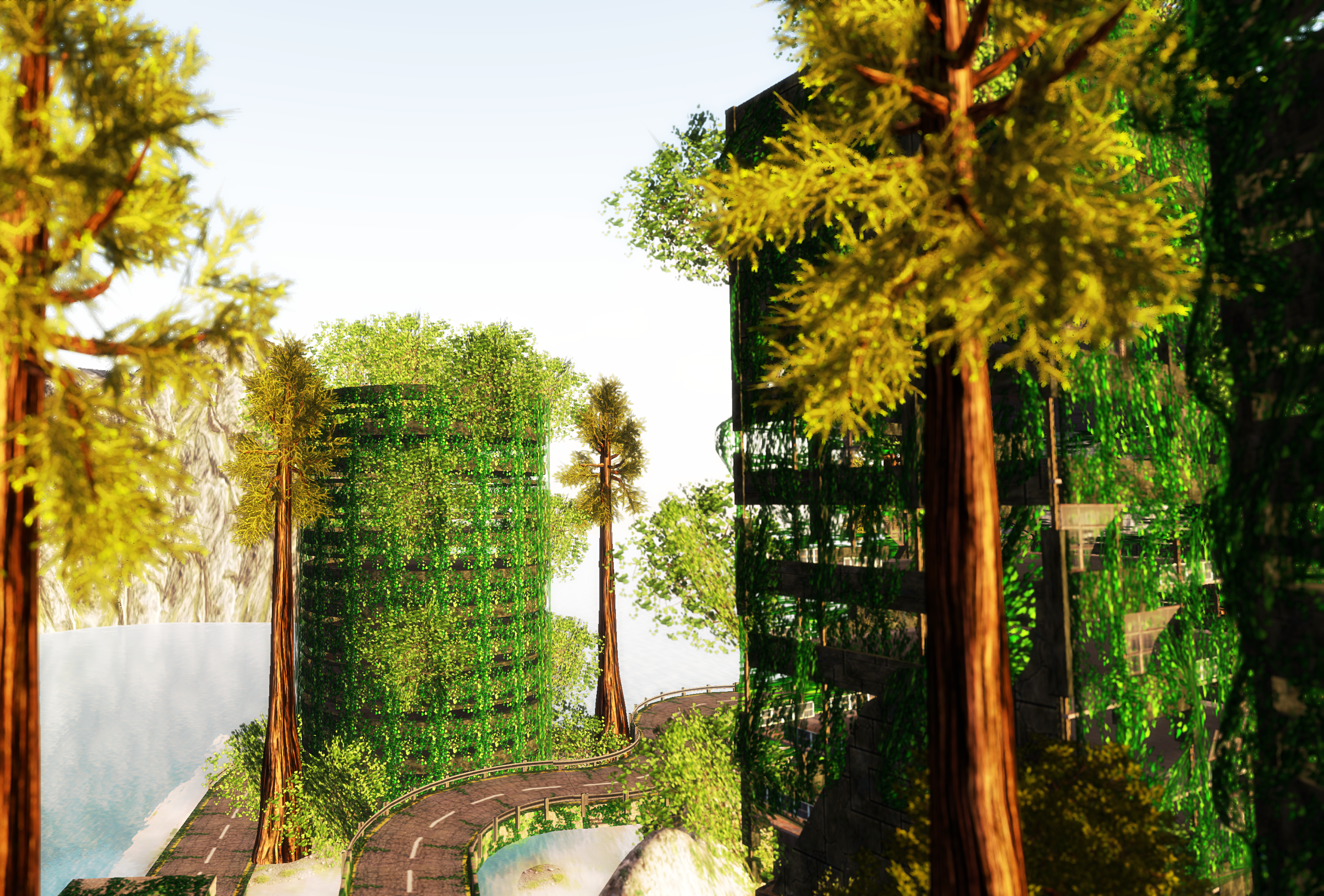 The ruined buildings claimed by nature

In Second Life, Ruin City, at The Zone, draws from that repertoire. It is inspired on Ruin, a short animation by Wes Ball. The movie is set in a ruined city claimed by nature. The plot is very simple (at least, as it is presented to us, for the animation has been clearly conceived as en essay for a longer story, which would certainly be a bit more complex): a guy finds something – we can’t really know what it is – and, as a flying machine starts chasing him, he jumps on his motorcycle and… and the result is visually stunning. 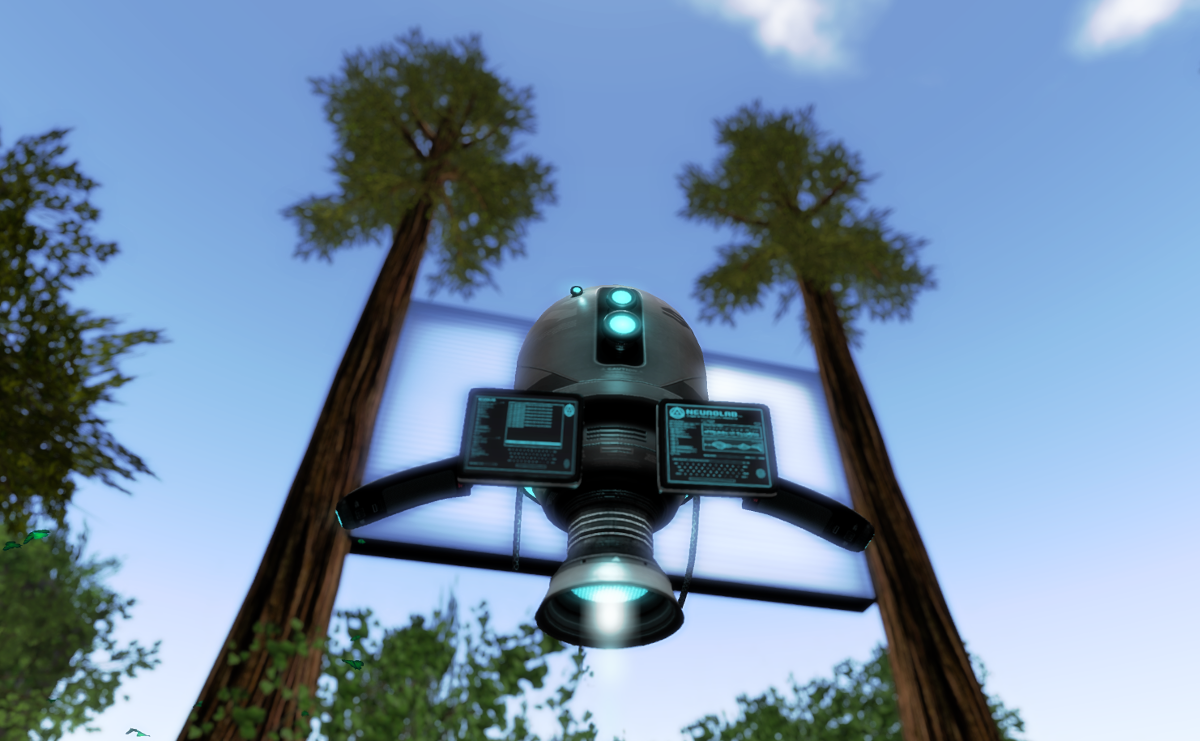 A flying robot scans the visitors

Well, Ruin City brings us that kind of scenery: a once flourishing city now destroyed and invaded by vegetation, and in which we can still see roads and use them. Of course, you can go around driving a car, but the sim was designed for motorbikes (and there are even some models for sale if you don’t have any on your inventory). 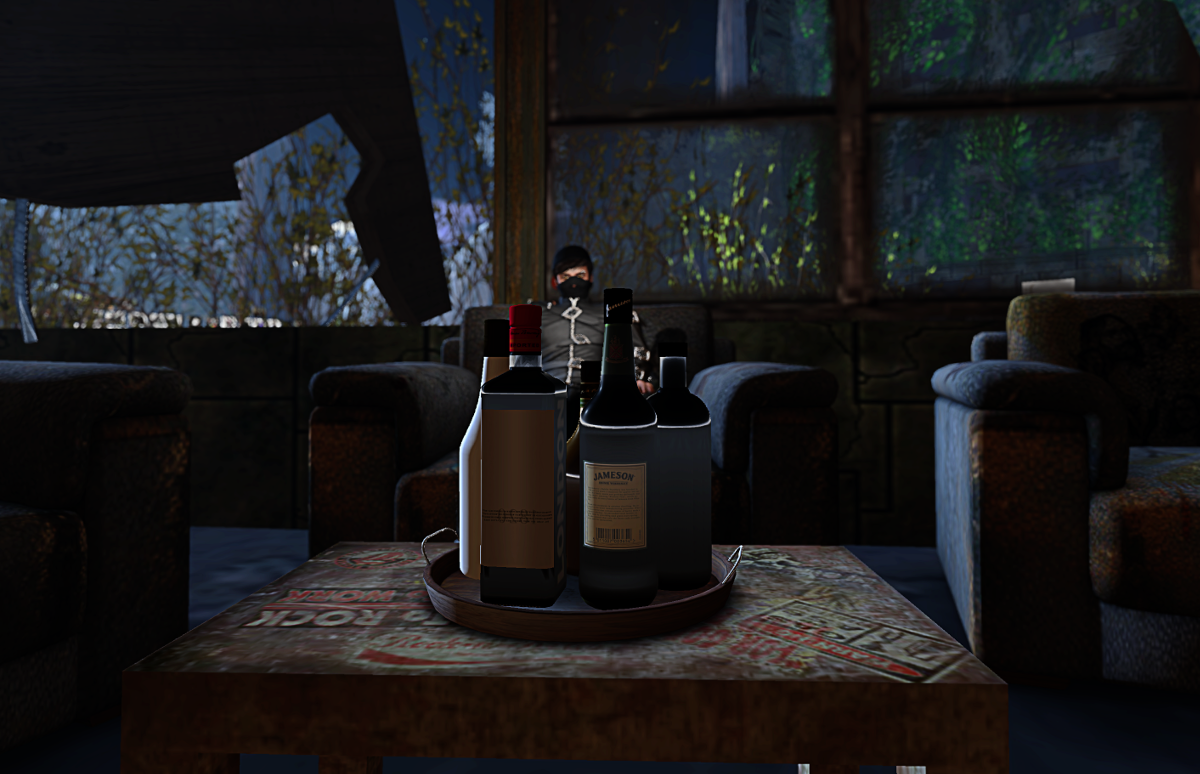 At the club and bar in Ruined City 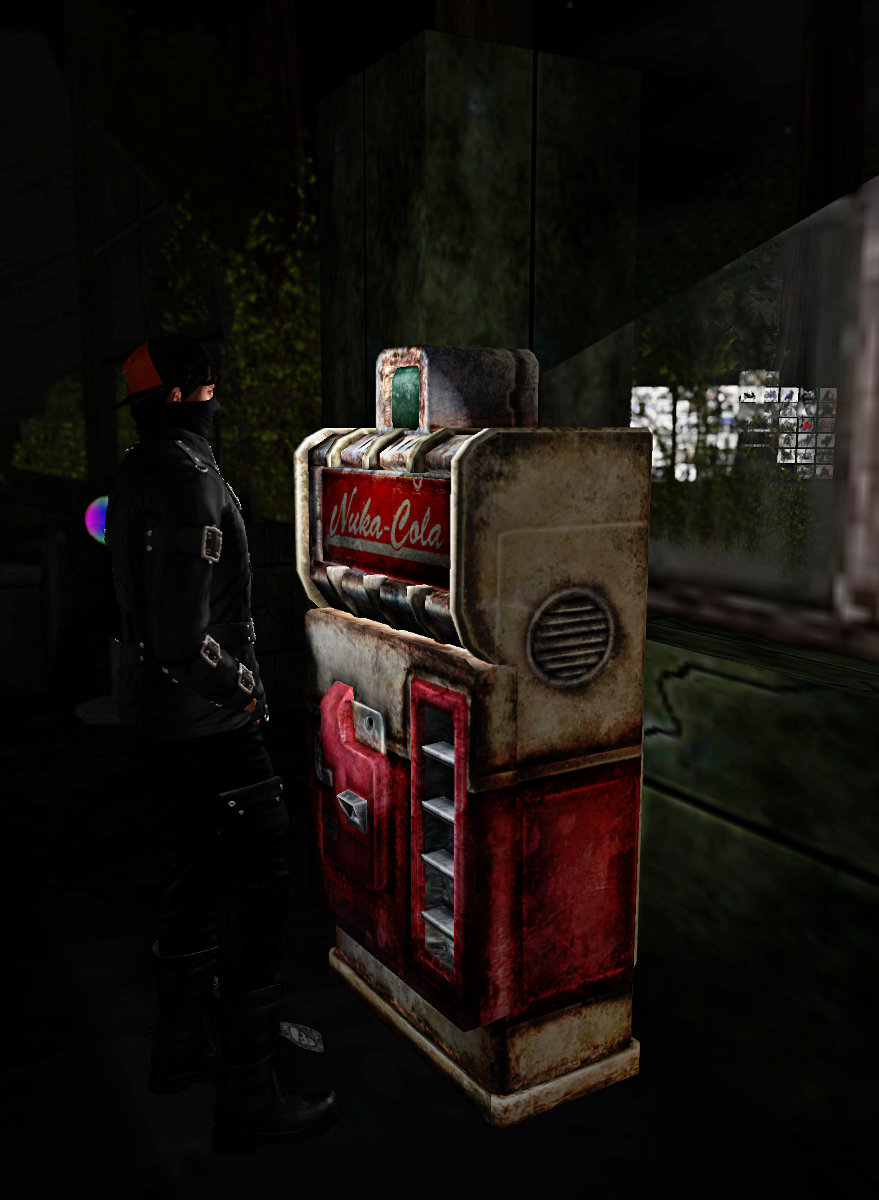 Ricco going for a soda at the club

It’s interesting to examine how the motorcycle culture is presented in Ruin City. If we think of some iconic sci-fi movies that resort to the motorcycles (and I prefer to concentrate on movies here instead of evoking literature, because cinema is, after all, more visual), we will most likely remember Mad Max (in which action isn’t actually set after, but during the catastrophe, the shortage of oil). In the classic directed by George Miller – and I mean the first episode of the series, released on 1979, not its sequels – the Main Force Patrol agent Max Rockatansky fights a motorcycle gang that terrorizes people in small towns and steals fuel and other goods. In this case, the bikers are, mainly, the bad guys. 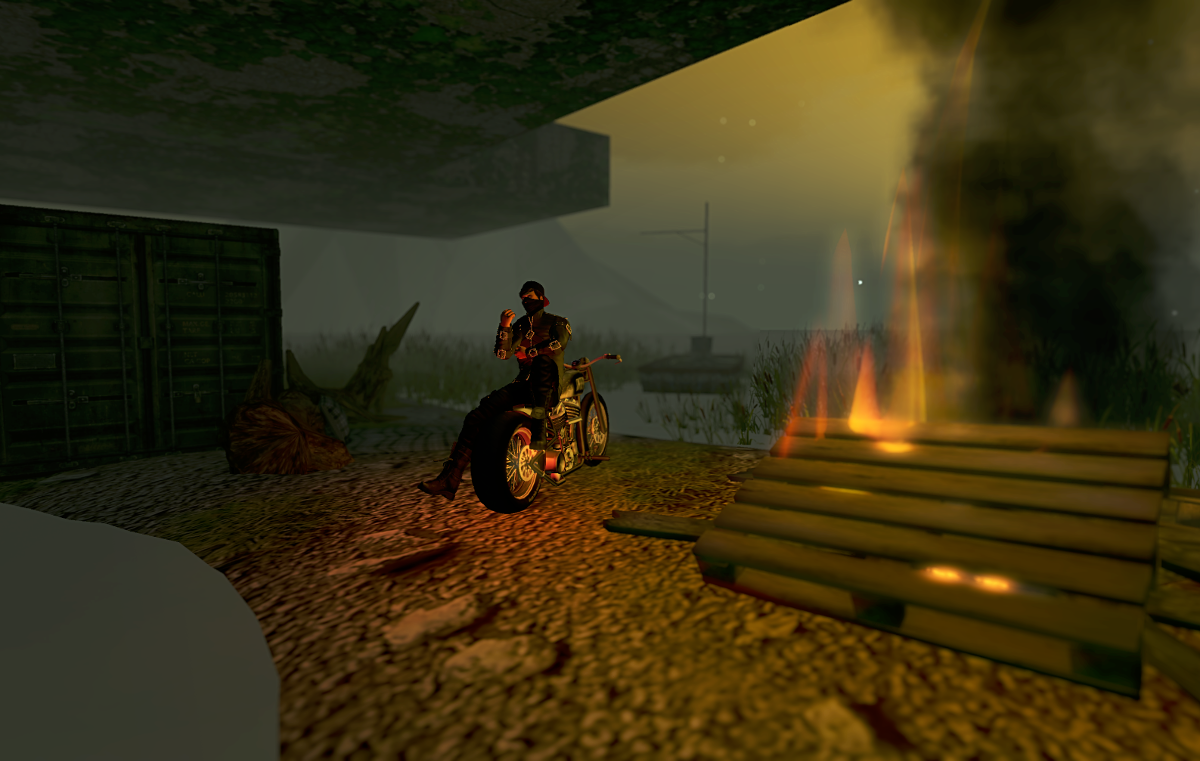 Almost 10 years later, in 1988, the Japanese animation Akira, directed by Katsuhiro Otomo and based on his homonymous comic series, depicted a different motorcycle gang. For sure, the group led by Shotaro Kaneda gathers delinquents who keep causing trouble. Nonetheless, it’s from that environment that the two main characters in the movie come: Kaneda and his best friend, Tetsuo (who later becomes his involuntary antagonist in the tragedy brought by the story). As in The Wild One, which makes us develop some affection towards the biker played by Marlon Brando, in Akira the gang leader becomes our hero. If we think of how the motorcycle gangs are represented in Mad Max, Akira brings a sharp twist in the way it treats them, even though the gangs share the same elements in both movies (nonconformity, banditry, disrespect for the established rules). 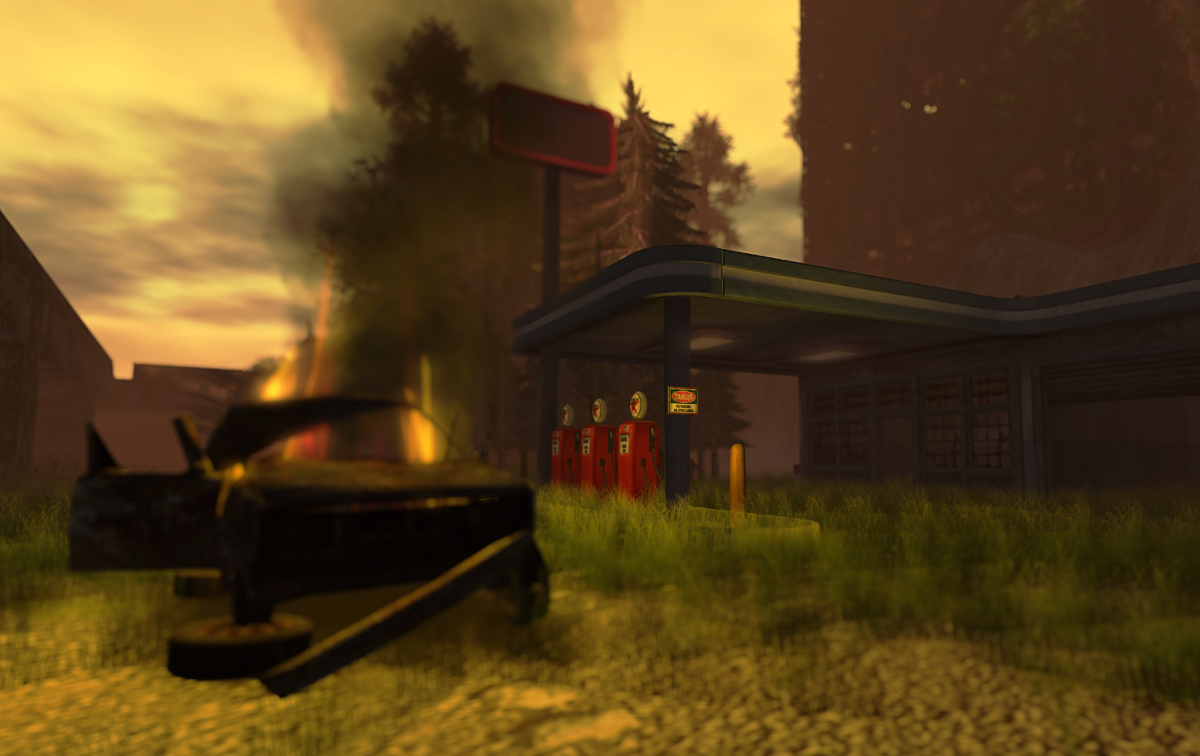 An old car being consumed by fire

In Ruin City, as in the animation by Wes Ball, the post apocalyptic future isn’t even dark or greyish. The scenario isn’t necessarily oppressive: it’s just made of ruined buildings covered by vegetation – what may be poetic and beautiful. There are some other signs of destruction, a bit more violent, a car in flames, a wrecked truck, but they are not the dominant elements in the landscape. Besides, we are invited, there, to be the bikers (or to drive some other vehicle, it’s up to us) and, if we accept that invitation, we not only start developing some sympathy for the motorcycle riders: we actually become one of them. 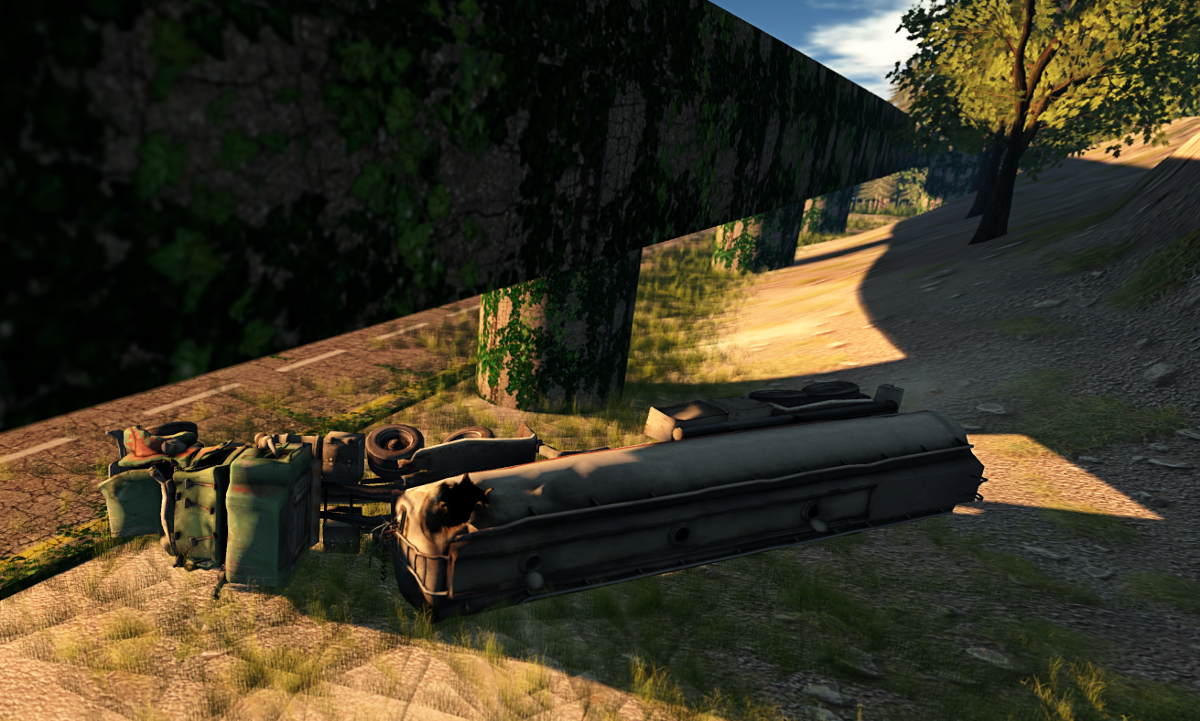 Disaster: the truck succumbed to the accident

Of course, it’s possible to role play in Ruin City and, in the process, one may even change some aspects of the bikers, transforming them into bad guys, making them more ambiguous or painting them with the different shadows and colors. Still, the sim will be offering us a feeling of danger, adventure, challenge… Isn’t that what you feel when you visit it? 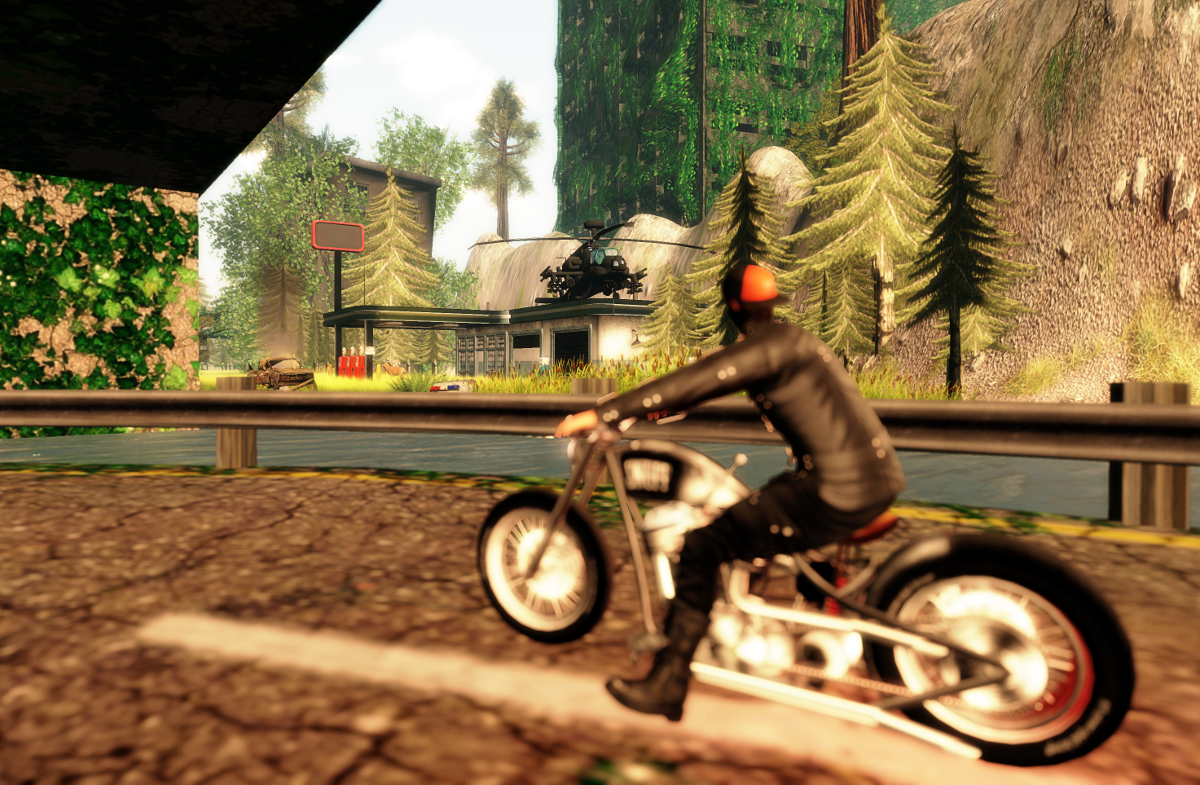 From a distance, Ricco looks at what’s left of the city

3 thoughts on “A biker in a post apocalyptic world”